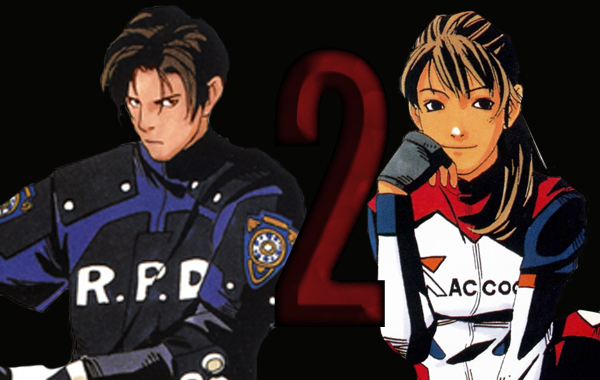 As pretty much every die-hard Resident Evil fan knows, Resident Evil 2 began production immediately after the release of Resident Evil, starring to new characters (Leon Kennedy and Elza Walker) had branching, unrelated stories, and was going to feature improved, more realistic animation and character models- as well as a story much much larger than the original game. However, about 70% through completion (essentially everything but voices, cinematics and some transitions where completed) the game was scrapped completely, and rebuilt from the ground up, with only a few elements still intact.

While the final version of the game is often cited as being not only one of the best games in the entire series, and a remake is constantly being called for by the fan base, this original version, now called “Resident Evil 1.5” by fans, has just been sort of floating around the net. With no playable version available, and only about two hours of footage (largely from the police station section) fans have been clambering to get their hands on this unreleased version. As there are almost no similarities between this and the final game (Ada Wong is an Umbrella researcher garbed in full lab-coat, Robert Kendo survived much of the game as a side character for Elza Walker, Marvin Branagh as well as several other officers where still alive, barricading parts of the police station, and there where several enemies that never saw the light of day- including a G-Virus infected Annette Birkin, and creatures that vaguely resemble Resident Evil 0‘s Eliminators, and none of the environments are the same- although some where re-purposed with heavy modifications).

Well, there’s good new tonight as a fan project that managed to obtain the game’s unfinished Alpha code has released a playable (if a tad… well, remarkably buggy) build of what could have been the final Resident Evil 2. It’s a little janky, but it’s the game. While no voice acting is available, most of the cut-scenes are here (save for pre-rendered cinematics, which where never completed for the game) and simply appear with voice-less subtitles. Being an Alpha, the full dev kit is available, and you can jump around all over the game. It’s important to note just how unfinished this Alpha is- doors are missing, there’s only one of the “opening door” loading screen images, and there’s a fair amount of glitchy pop-in pop-out. Both Leon and Elza are playable, and most of the story is here.

This has opened fans up to an alternate history of Resident Evil that I think a lot of us have been dreaming about since we first heard about Resident Evil 1.5. Feel free to check out the site and download the Alpha, or watch the all-new videos showcasing the team playing the game. This isn’t over, yet, though. The team says this is still a “work in progress”, and maybe someday we’ll have a 100% build of the game- or as close as we can get. Well, what are you waiting for? Resident Evil 1.5 is here! It’s up to us to take down Umbrella!