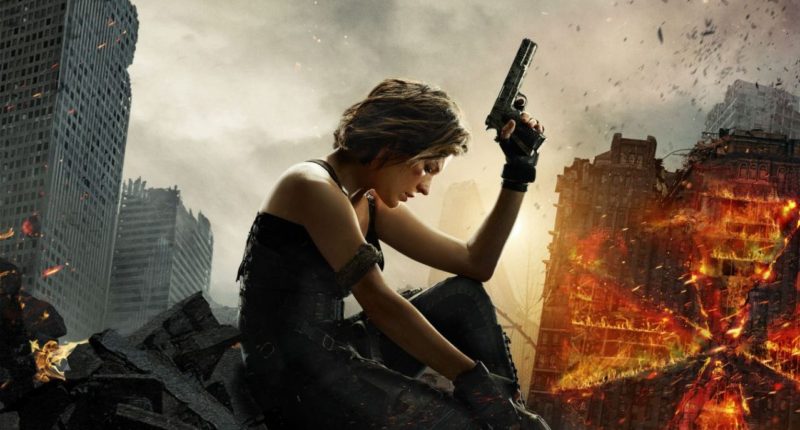 The Resident Evil movies have almost nothing to do with the video games.

Umbrella, A few characters in game-accurate costumes, a few creatures, and occasionally a cutscene will be adapted. That’s about it though. In fact, one of the most common complaints from fans regarding the Resident Evil film franchise is that it pretty blatantly has no idea what the video games are about, nor does the franchise seem to give a shit. I like the movies, don’t get me wrong. I’m not the kind of fan that boycotts them or dares not speak of them. They’re fun, stupid, action movies that occasionally have callbacks to the video games. The first film is arguably great in my opinion, and (removing the other 4, soon to be 5, sequels from your mind) even fits into the canon of the games in pretty cool and unexpected ways. I would be lying if I said I disliked seeing Mila Jovovich get the shit kicked out of her by a fairly accurate live-action version of NEMESIS, and I would be lying if I said I didn’t totally love seeing Wesker’s super powers recreated. But I would also be lying if I said I thought these movies were anything like the game.

Apparently nobody has brought this to writer/director Paul W.S. Anderson’s attention, however. A few days ago at a New York Comic Con panel, he expressed his thoughts on why the Resident Evil film franchise is (aside from the two Lara Croft: Tomb Raider films) one of the highest grossing video game-to-film franchises ever.

“This movie is made by people who genuinely adored the video game, no one would ever dream of adapting War and Peace without reading the book, but somehow people have the hubris to adapt a video game without having ever played it or knowing what the fans like about it.” 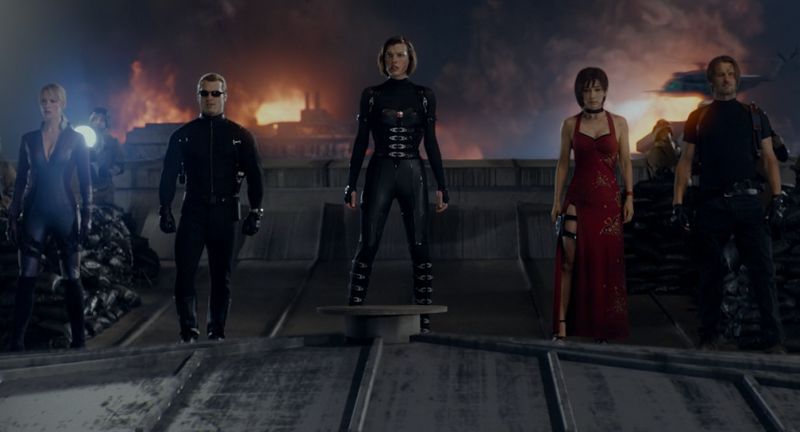 Again, I like the films. They’re dumb, and Mila Jovovich is naked in half of them, and the laser hall was neat. But these films have nothing to do with the games. Any similarity between the two is mostly just the games trying to be like the movies, much to the game’s fans dismay. Also, it’s worth pointing out Anderson’s ” but somehow people have the hubris to adapt a video game without having ever played it” quote. Paul Anderson doesn’t play the video games. This is a fact. So there’s that. The films don’t even seem to have any self-awareness of what elements they’re actually using.

The fourth film, Resident Evil: Afterlife, suddenly applied Resident Evil 5’s Majini Plagas Type 3 face tentacles to the zombies, with no explanation. The characters themselves don’t even seem aware of the change, never commenting on it. Immediately afterwards, the fifth film, Resident Evil: Retribution, actually calls out Las Plagas infected people by name, but categorizes them completely separately from the clearly Plagas-infested creatures seen throughout the rest of the film. In fact, at best, it seems all it means is “zombies that can use weapons”, and nothing more. Nobody but the most die-hard RE fans in the theater noticed, but god damn did it seem stupid to those die-hard fans.

At the end of the day, the RE films are incredibly successful, and incredibly popular, but I’d argue that they may actually owe this to how little they have to do with the source material, actually. Mila Jovovich is a fun and charismatic actress, and she nails the action heroine thing perfectly. They’re some of the best “girl power” movies out there, for adults anyway. The stories are simple and easy to digest, and there’s just enough actually from the games that casual players can recognize and point out. Other video game movies have none of these things. Either they’re too dense with accurate lore or context from the games, alienating casual audiences (WarCraft, Silent Hill, Ace Attorney), or they’re cheap cash ins with no style or literally anything to offer (everything Uwe Boll ever made). The Resident Evil movies succeed because they are stupid, and they are fun, and they offer something you really can’t get anywhere else these days. Zombies that don’t take themselves that seriously, with an international runway model blowing them to pieces with shotguns filled with quarters while striking a pose that looks like something out of goddamn Die Hard. That’s kickass, and I dare anyone to try and tell me otherwise.

But no, they are certainly not successful because of their adherence to the video games. Here’s hoping that Resident Evil network series that was announced a year or so ago will be different.