Next Resident Evil 8: Village Update is Coming This Winter 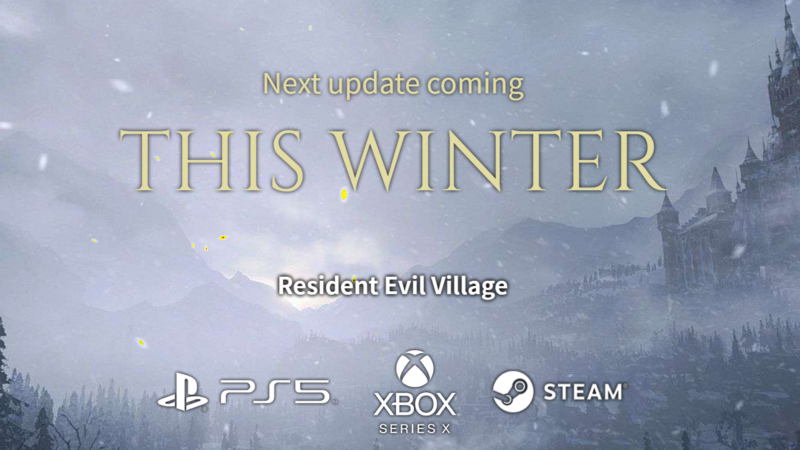 Hope you weren’t super stoked to see more footage from Resident Evil 8: Village any time soon. After what I considered to be two very underwhelming presentations for the title today and this past Friday, things have been looking kinda dicey in terms of Resident Evil 8‘s marketing (at least in comparison to this same point in Resident Evil 7‘s pre-release content). It was even more underwhelming (read: frustrating) when they played a demo that we could hear but not see. I digress, at least we have the next update to look forward to… when it comes sometime this Winter.

Updated right after the TGS presentation, the Resident Evil 8 website has changed its “Next Update Coming September 2020” to “Next Update Coming This Winter”. At least it’s a wider window for content to drop in than the previously specific month windows (which Capcom completely missed the first time ’round), but Winter is a looong way off, and considering that it lacks the specific timeframe of “2020” (which both previous updates windows had), I’m growing concerned that we may not even be seeing more this year.

It’s understandable that development has most likely been shaken by the proliferation of COVID-19, and we very much appreciate keeping devs safe rather than keeping nose to the grindstone on the new game. It is, however, frustrating when this news is jostled around like this — and given rumors that Resident Evil 8 is having trouble running on PlayStation 5, there may be more going on here than just the safety of their staff. Fans have pointed out that the footage in the July reveal trailer was very choppy, and comparing that to Capcom not showing us the gameplay demo during their stream despite playing it. We should also point out that the website still has the release date listed as “2020 (tentative)”, which is concerning as well.

Overall, I’m starting to think that the game was flat out revealed too early, possibly to combat the massive leaks that lead up to the reveal. I’m hoping I’m wrong, but everything is pointing in that direction still. In the meantime, we’ll keep you informed of anything else going on with the series. With Resident Evil‘s 25th anniversary coming in just a few months, there’s bound to be more just up ahead besides Resident Evil 8.