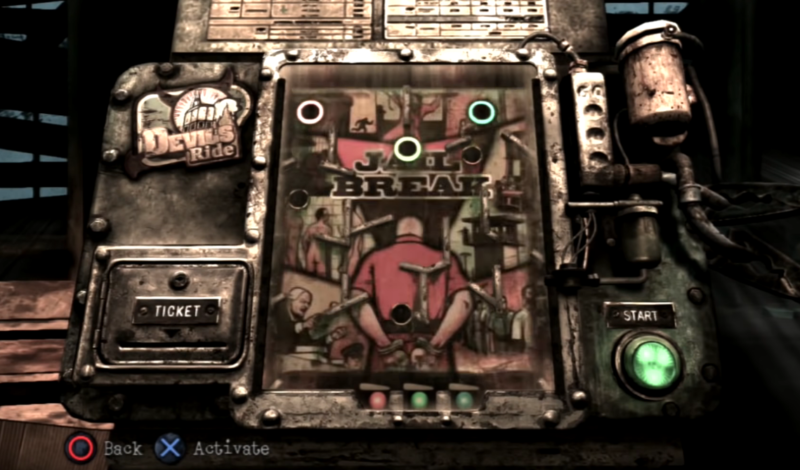 It’s been almost seven years since the last Silent Hill game, Book of Memories, if you can believe that. Of course, we did have P.T. in that interim, but that only sort of counts and isn’t even accessible anymore, so hey. Since then, Konami has barely even acknowledged Silent Hill as a brand — a skin in Super Bomberman R, and a deluge of merchandise, but no games. Well, there was the 2014 pachislot machine, which fans have lamented over. Every once in a while some little pocket of hope bubbles up from the depths, Konami filed a trademark for Silent Hill in Canada back in August and that got lots of people cocking an eyebrow in feigned restraint. But no, there will never be another console-based, story-driven Silent Hill game ever again, and as if to remind you of that, Konami has unveiled their newest entry into the series — Silent Hill: Escape.

This will evidently be part of Konami’s presentation at a Las Vegas gaming expo later this month, and Konami’s almost comical (if it wasn’t so depressing) line about the “experience” just fills my heart with something akin to disdain. Executive vice president and chief commercial officer at Konami Gaming, Tom Jingoli, had this to say: 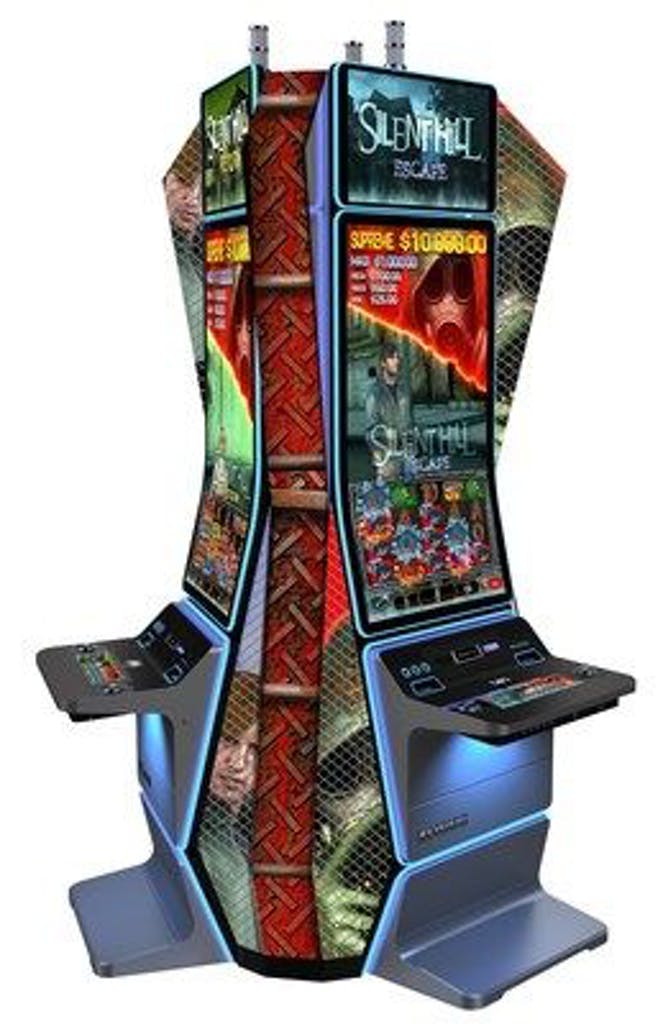 “Konami’s aim is empowering operators with exceptional entertainment to reach and engage today’s players and beyond. We are actively leveraging a combination of top technology, talent, design, and development to deliver a host of new products at this year’s event, through the immediate years to come.

This cabinet is a striking combination of sleek entertainment, premium packaging, and player comfort, backed by a rich library of original titles. Everything, including its shape, screens, betting surface, and available merchandising, has been engineered to maximize both player experience and operational results. This latest cabinet is a first glimpse at great things to come from Konami.”

While all we have is this one photo, I really do love the “leveraging a combination of top technology, talent, design, and development” when this machine appears to just be using old assets from 2012’s Downpour. I assume it will most likely be like the 2015 Silent Hill pachislot, which used a combination of old footage from Silent Hill 2 and new action footage using that game’s characters. The use of “backed by a rich library of original titles” might indicate that elements will be pulled from across the brand though. The image shown might just be a “work in progress” design. But hey, if you’re a Western fan, you’ll get the chance to play this time around as it’s coming here! It probably doesn’t have anything to do with pachinko machines getting heavy regulations in Japan, so have at it, friends! I’m sure you’ll be seeing this in your restless dreams.

[Source] via The Nerd Stash