Konami Believes Console Games Are the Most Important; Unrelated: Pachinko Machines are Getting Heavy Regulations in Japan - Rely on Horror

Konami Believes Console Games Are the Most Important; Unrelated: Pachinko Machines are Getting Heavy Regulations in Japan 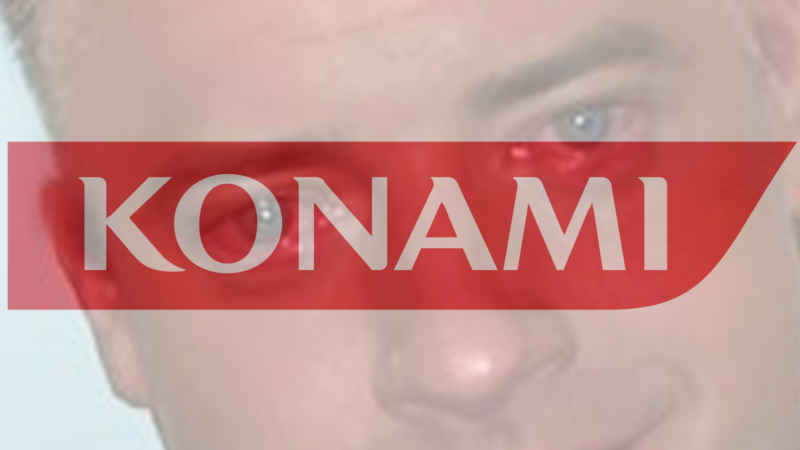 It’s been a long couple of years if you’re a fan of Konami’s games. While there has been a small drip-feed of content from the studio (largely in the form of re-releases of 25+-year-old games), the main pillars of the company’s library have gone without a peep. Metal Gear‘s last outing was 2018’s Metal Gear Survive, a middling and shallow zombie survival and crafting game. Silent Hill hasn’t been officially acknowledged by the company since 2014’s P.T. outside of Pyramid Head appearing as a character in Super Bomber Man R. Castlevania hasn’t had a new entry since 2014’s Lords of Shadow 2 (although a large-ish selection of the series has recently been ported to modern platforms). They did recently announce a new Contra, though, and Yu-Gi-Oh! is back in the spotlight with a new Switch game, so they are doing something, even if they aren’t things we necessarily care about here (I’d be more into Yu-Gi-Oh! if it was closer to Mummies Alive!, which has a strikingly similar main character concept). While Konami announced back in 2015 that they were still committed to AAA games, and started hiring for “console and mobile developers” in 2017, we’ve yet to see a really hardcore commitment from them.

Today, Konami’s European president Masami Saso spoke with gamesindustry.biz about the future of the company. It’s a pretty interesting interview, although there’s a lot that I find super hinky about it and am taking all of this with an incredibly large grain of distrustful salt. Not just because Konami fucked over a bunch of properties we all love, but because they honestly haven’t done anything to deserve us buying their shit again either after everything we’ve learned about how they work internally. Anyway, they talk about how PES (that’s their Soccer video game series), mobile games, and Esports represent the “three pillars” of Konami. They talk about this for a while, but eventually, Saso gets onto the point of AAA console games, and it was interesting to hear what he had to say.

“Even with new platforms coming out, we believe high-end console games are the most important. We challenge for innovative ideas and technology within our console games and apply them to other devices, so we will continue to put effort into our console games. We also plan to increase our portfolio. In addition to the multi-device titles for PES and Yu-Gi-Oh, we plan to work on projects with other globally known IPs in the near future.”

That said, he almost immediately transitions back to talking about how mobile games and Esports are super important to Konami and never mentions console games again for the almost a dozen paragraphs so left in the interview. It’s also interesting to hear this statement following the news that Japan is implementing major regulations on Pachinko machines and as such, the industry is drying up. Despite Konami’s comically heavy commitment to them in the past, they aren’t mentioned once in this interview (yes, Saso is the European president, but he’s speaking for the company as a whole). I dunno, man. I know there’s a desire to see this company bounce back from the #FucKonami days and whatnot, but I’m not sure I believe any of this, and I’m also not even really sure I want it to happen. I want more Metal Gear, I want more Castlevania, I want more Silent Hill. But not really from Konami. We’ll see how it pans out. To be honest, this statement really isn’t that different from what they said back in 2015 regarding AAA commitment, and we still have yet to really see anything. Obviously games take a while to develop and probably even more time when practically all of your talent jumps ship, but it still feels like it’s more a statement to keep the Konami detractors quietly hopeful than an actual commitment.

By the way, Bloodstained: Ritual of the Night was great, and Death Stranding looks super cool and comes out on console super soon.