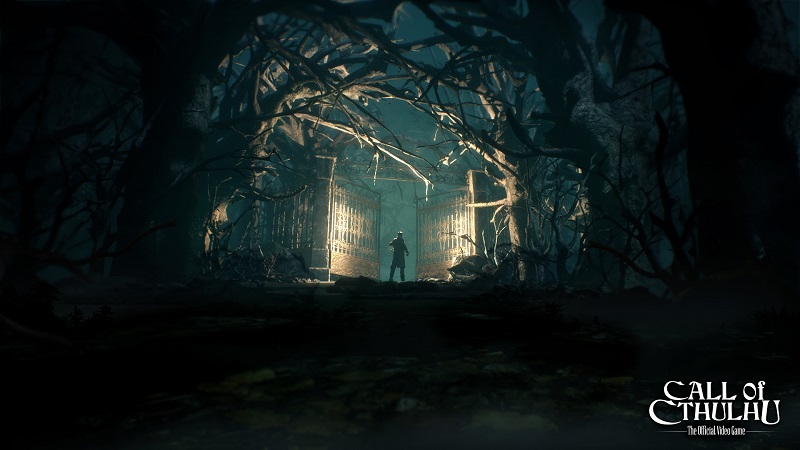 It was upon that sunny afternoon that I first discovered it, the bright rays that danced across the land a stark contrast to the darkness I now observe. Had I swatted aside the claws of curiosity and embraced the sunlight I would not now be sitting here, curtains drawn, shivering despite the heat, my thoughts consumed by that damnable video. 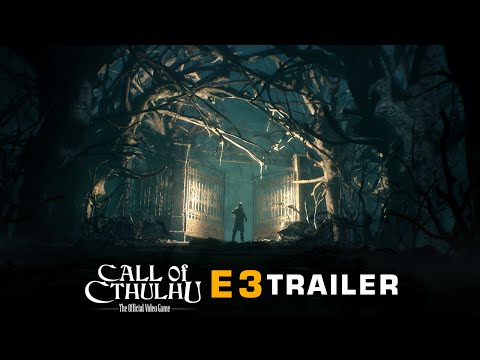 I’d seen the signs before, I should have known better! The ancient rune “E3”, a harbinger of untold nightmares from a far realm beyond human ken was so readily displayed, and yet I watched.

The investigator protagonist, that particular period and setting… I should have known better! And yet, I watched.

Now it has me. It crawls behind my eyes, a whisper in the dark, that tears at my very being, my very soul.

Cyanide Studios, the team behind Blood Bowl and Styx:Master of Shadows, among others, are the masterminds behind this new Call of Cthulhu game. Little is known about it so far, beyond earlier portents, the trailer and the few screenshots on their website. Call of Cthulhu, the most recognizable entry in the vast collection of stories that make up the loosely connected setting of the Cthulhu Mythos, was the brainchild of H.P Lovecraft, and the origin of the bleak, atmospheric style that characterizes Cosmic Horror. It’s far from the first game to tackle the setting. Call of Cthulhu: Dark Corners of the Earth was a solid attempt at capturing the Mythos in a shooter form, but in my opinion it’s main weakness was its reliance on the shooter mechanics at it’s core: As it progressed, it sacrificed atmosphere, stealth and exploration (including one of the best chase scenes in games up until Outlast) for straight up gunfights that forgot that  the core of Cosmic Horror is that mankind is a rational oddity in an uncaring, strange universe filled with alien creatures and mad gods who see us as little more than noisy popcorn.

Interestingly, Cyanide seems to be using the licence from the Call of Cthulhu tabletop roleplay game by Chaosium Inc. What effect this will have on the setting and scene remains to be seen, but given the excellent reputation Chaosium’s approach has, I think this can be taken as a positive.

How will Cyanide’s attempt fare, I wonder? The trailer drips with atmosphere, and the potential in the licence is clear. Will they succeed in awakening the Old Ones? Perhaps, if the stars are right…