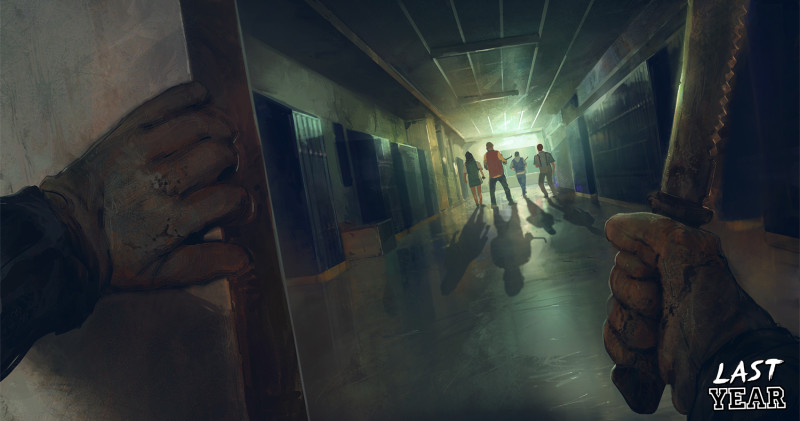 A ways back, we’d talked about Last Year, a multiplayer horror stalker game where five players take on the roles of typical horror movie teens pitted against one player who dons the role of the masked killer- it sounds like the perfect 80s slasher simulator, right? There’s just one problem- it’s maybe a little too close to it’s inspiration.

Recently, a new Friday the 13th game has been announced and it basically sounds like the exact same game, but with the luxury of actually having the recognizable license. The devs behind Last Year got a wee bit bitter about this, and took to Twitter to directly confront FT13th, calling them out on it, saying:

Well, that little act of rebellion seems to have turned a watchful eye towards who may have actually been ripping off who- especially after the devs behind FT13th issued a response to Polygon:

Oh dear. There’s even more to this adventure, actually. Last Year had a pretty successful Kickstarter well, uhm, last year, and all was looking well for the project, but it hit a snag when the copyright holders (Crystal Lake Entertainment, Inc) of the Friday the 13th license issued a copyright strike on the campaign, sighting that they take down a couple of images that pretty clearly depicted the killer as being Jason Voorhees. 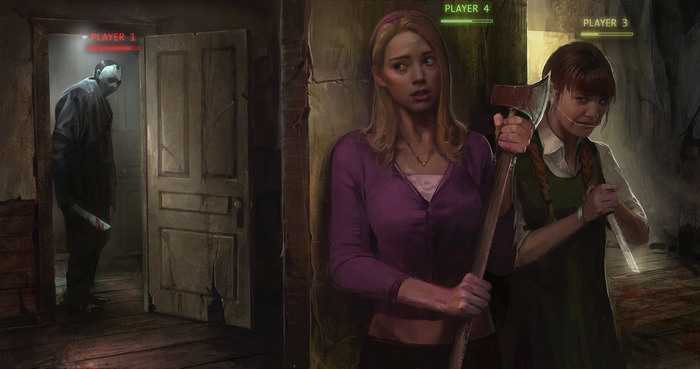 It’s not even just that he’s wearing a hockey mask- he’s pretty obviously just Jason, complete with his machete. It continues to get even worse, as the Friday the 13th game’s Twitter tries to be the adult (which is pretty funny when you think about it) trying to avoid an outright Twitter war, which the official Last Year Twitter page was apparently having none of, resulting in this cringe inducing back and fourth:

Well, we did announce a week prior…just happens that way in the industry. We wish them luck!

@Sprokacola @LastYearGame Well, we did announce a week prior…just happens that way in the industry. We wish them luck!

@Friday13thGame@Sprokacola@F13thFranchise But didn’t you also send your lawyers after me and try to shut down my Kickstarter?

Which prompted Gun Media (the FT13th devs) to eject from the Twitter conversation and respond with a more official comment:

The original Last Year KickStarter campaign explicitly used the Friday the 13th trademarks/copyrights, which they acknowledged and removed. The requested changes came from the rights holders who obviously have a very successful franchise of films, television series, and now video game to protect. They subsequently communicated with the Last Year group to remove the infringing elements. Everything was quite amicable from what we understand, given the circumstances.

Last Year’s developer,  James Wearing, continues to sound bitter about the feud, especially the copyright strike, claiming that his Jason look-a-like was “just wearing a hockey mask”, pointing out Grand Theft Auto as being another game where you can put on a hockey mask and murder people. Yeah, I’m not buying that one, are you? It’s a lot like pointing out that there’s dinosaurs in Dino Crisis too, and Universal Studios totally shouldn’t strike you for making a game about a dinosaur theme park that goes bad.

This is all without mentioning the fact that backers of the game are starting to get a little worried about the game’s progress, having now been almost a full year since the game’s Kickstarter went live and there still isn’t much to show for it. A few pieces of art, yes, but not a scrap of gameplay or even many updates from Wearing (that aren’t him fighting with the FT13th devs). The Kickstarter page’s own forum is starting to fill up with concerns over the game’s legitimacy, and even despite a recent update from Wearing, it’s still raising some red flags among the backers.

The final game is due out in late 2016, and recent comments don’t do much to instill confidence, with Wearing claiming that the game will be more of a “vertical slice” with rather limited scope rather than the full game, with Wearing claiming that he wants to keep the scope “in check”, but considering that the game will be releasing against the fully-finished (presumably) Friday the 13th game, it’s not exactly what the backers of it’s $115,000 Kickstarter wanted to hear.

I guess we’ll see where all this goes, in the meantime just keep an eye on this one- I’m personally getting bad vibes from this one- the mix of unprofessional Twitter fighting and almost a year of nothing to show mixed with promises that honestly aren’t even that great to begin with are making me take a step back. But who knows, maybe the game will be awesome, and even blow the FT13th game out of the water. Only time will tell.