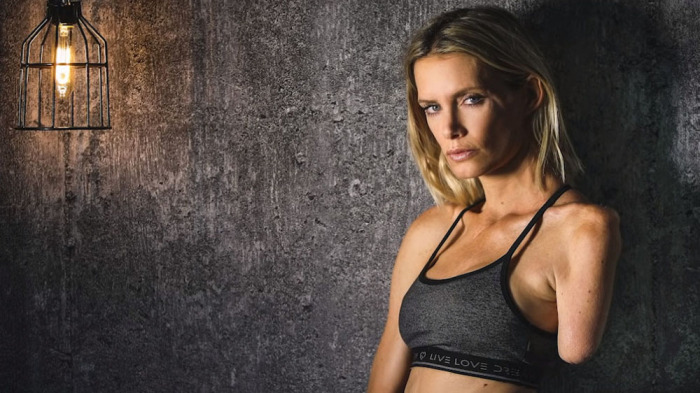 Honestly, I’m surprised it’s taken so long. During the filming of Resident Evil: The Final Chapter, stunt woman Olivia Jackson (who was Mila Jovovich’s stunt double) was critically injured while performing a dangerous motorcycle stunt. Evidently the stunt itself was last-second and slapdash, according to Jackson, who describes the incident (where a crane failed to lift in time for her to clear it) as “elevating financial considerations over safety”. Being placed into a coma and requiring her left arm to be amputated, the performer has obviously had her entire life and career irreparably altered by the accident. Hell, that’s not even discussing the rest of the damage, which Jackson describes in some really horrific detail (involving brain-bleeding and part of her face ‘de-gloved’). Apparently producers Jeremy Bolt and Paul WS Anderson (who also wrote and directed the film) just sort of… stopped paying her medical bills, and “abandoned her”, according to Jackson, and even made promises to pay for the surgeries to her husband before withdrawing this promise later. Evidently she was left so totally high and dry that other stunt performers and fans had to pitch in to completely pay for her extensive surgeries. Later she learned that the production studio had never even bothered to secure liability coverage for her, which if she’d known beforehand she’d never have even taken the job.

Now Jackson is suing Bolt, Anderson, and the production company Tannhauser Gate, for breach of contract and misrepresentation and is seeking unspecified damages. Evidently none of the defendants in this case have responded to questions regarding it, nor made a public comment. Honestly, regardless of your thoughts regarding the Resident Evil films themselves or whatever opinions you have on subjective quality of Anderson and Davis’ filmography, if what Jackson alleges here is even a little bit true it’s fucking disgusting.  That’s not even commenting on the death of crew member Ricardo Cornelius when he was crushed by a vehicle on a rotating platform he was operating. Apparently the crew and production company straight-up ignored his family and even went so far as to block his widow on social media when she reached out to them. I can’t even find more information on that, it just seems to have evaporated after the initial reports back in 2015. Listen, fam, obviously this is all for a court of law to determine and set straight, and everything has to come with the big alleged asterisk, but if these things are true then Paul WS Anderson, Jeremy Bolt, and the production company behind the Resident Evil films are allegedly monsters.

Jackson is hoping to become a voice of inspiration for other stunt performers to be “advocates for their own safety”, commenting:

“I would really like to make the world aware that things like this happen and make sure there is safety and insurance in place for the crews that make these films and give their lives, 16 hours a day, working to make these films,” Jackson told “GMA.” “A lot of the things with the insurance, those were hidden from me. It’s hard really to learn from it, when you sign a contract that says the production has insurance, but you don’t really know, every crew member on a film doesn’t know to ask them for their insurance papers.”

We’ll keep you updated on the outcome of all this.