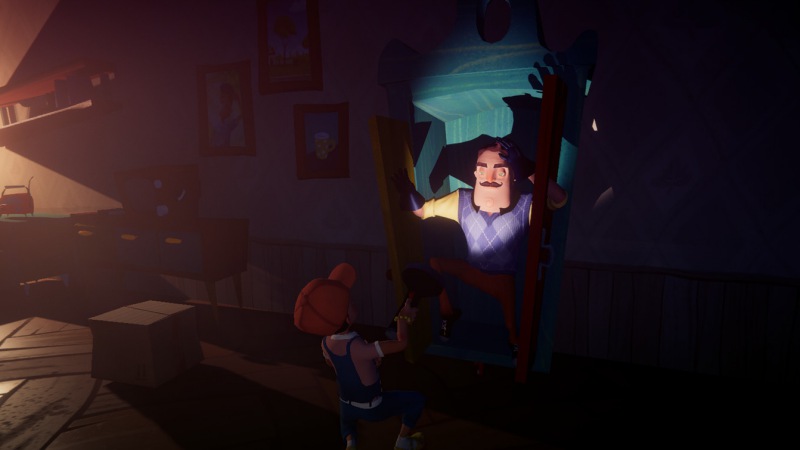 Much like the original version of We Happy Few, Hello Neighbor seems like a game we all wanted until we actually got it. Playing as someone sneaking into the house of their suspicious neighbor, it was an original concept dripping with style and interesting execution. Unfortunately the execution itself was found by many to be lacking. But that doesn’t mean the world the developers created should go to waste.

Developer tinyBuild GAMES seems to agree, as they’ve announced a sequel to the 2017 stealth-horror game. Titled Secret Neighbor, this entry takes place in the same universe as Hello Neighbor, but ditches the single player aspect in favor of asymmetrical multiplayer in the vein of Dead by Daylight. Taking place between Act 1 and Act 2 of the original title, four players take control of children trying to find and rescue their friend from the fifth player, who is a neighbor out to get them.

The trailer, which you can view down below, gives an interesting look into how the game will differ from other entries in the asymmetrical horror genre. The developers call the game a “social horror experience”, citing proximity voice chat and the ability for players to deceive other players, secretly working as a neighbor in disguise. The social aspects certainly sound interesting, but only time will tell if tinyBuild can pull them off in a compelling way. 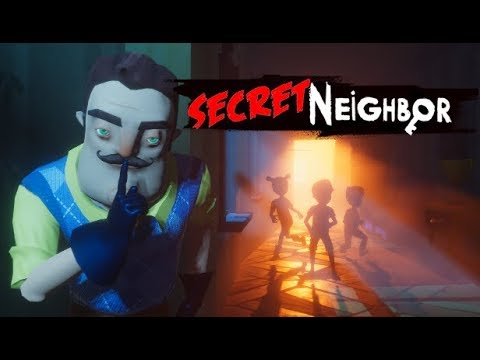 The asymmetrical horror genre is in an odd place. With development halted for Friday the 13th and upcoming titles like Deathgarden and Last Year, the genre is constantly expanding and making room for new entries. Dead by Daylight seems to still be going strong, but with so much competition coming in 2018 and 2019, it’s hard to say how long that dominance will last. Maybe Secret Neighbor will be the next big thing for the genre? Only time will tell.

Secret Neighbor is due out sometime in 2018. You can check out the game’s Steam page right here, or sign up for the game’s alpha via the official site right here.