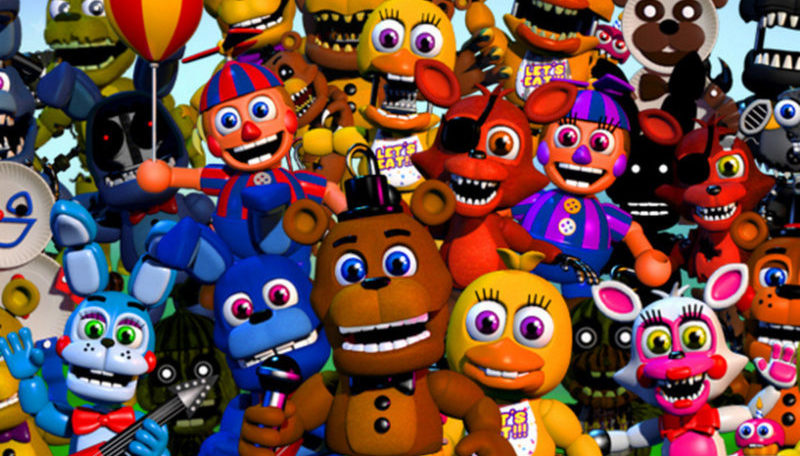 About two years ago, Scott Cawthon announced that his smash-hit series Five Nights at Freddy’s would be coming to consoles at some point in the future, and a movie has been in the works for years. Well, it looks like gears are finally moving on that plan, as Cawthon has once again returned to Steam Forums to talk about the future of the franchise. He gave updates on pretty much anything fans would want to know more about. Starting with news on the feature film, which is in early pre-production with Blumhouse and director Chris Columbus, he states:

I’ve been working with Kira (my co-writer on the books) over the last several months working up a first draft for the movie script. As I mentioned in my interview with Dawko, many people have attempted (but none have succeeded) making something I was really happy with. It’s difficult to write a script for this. I even wrote two full scripts myself that were not great, but they had a lot of good elements which I was finally able to put to use in the most recent version. On that note, I’m happy to announce that the first draft of Five Nights at Freddy’s is finished! Jason Blum read it and thought it was great, although it will still need some work. The important thing, however, is that we’ve got a story! It will focus on the setting and events of the first game, while the second movie (if we get to make one) would be based on the second game, etc.

I’ve also been rolling around the idea in my head of going ahead and writing a draft for a second and third movie while everyone else is busy with the first, just to make sure that there is a solid story to be told, even if they never get made.

That’s… kind of nice to be so transparent about the films. More often than not, Hollywood films (especially adaptions of existing material) feel nebulous and vague for most of their production until the last second, if a film ever materializes at all. So, so many video games have gotten their foot in the door for major films only to vanish without so much as a “sorry, it got canned”. A Dead Space movie was greenlit in 2013, a Metroid movie has been in some level of talks since 2003, and a Castlevania movie has been threatening to materialize from Paul WS Anderson and now James Wan since 2005.

Moving on to gaming projects, there’s apparently quite a few in the works, including VR and AR FNAF games, as well as the first update on the console versions of FNAF:

I got to play a tech-demo for the FNAF VR game the other day. On the title screen, I stared up at Freddy, Bonnie and Chica all looking down at me, menacingly. It was very unsettling. They were larger than life. I told the game studio that if I ever feel comfortable testing the game then they aren’t doing their job! We talked about a lot of great ideas and I’ll be eager to see the next version.

The AR game is still in its infancy, but I will post updates here as well.

On a personal note, I’ve been playing with the idea of making a game that’s just for fun, in the spirit of Foxy Fighters, or a mash-up of games similar to Foxy Fighters, in the vein of Update 2, where many games connected to create a single experience. That would just be a side project, however.

As someone who’s never actually played the FNAF games (Markiplier and Steam Train are all I’ve ever really needed), it’s amazing to see the longevity of this series, especially considering its humble origins. Can’t find a Resident Evil figure bloody anywhere but by God does the local Target have a whole section for FNAF toys. Interesting to note that Cawthon is toying with the idea of a FNAF 7 (not counting spin-offs like the yanked FNAF World), especially since… didn’t the story like definitively end in FNAF 6/Pizzaeria Simulator? Whatever, at least fans have a long road of new stuff waiting for them.