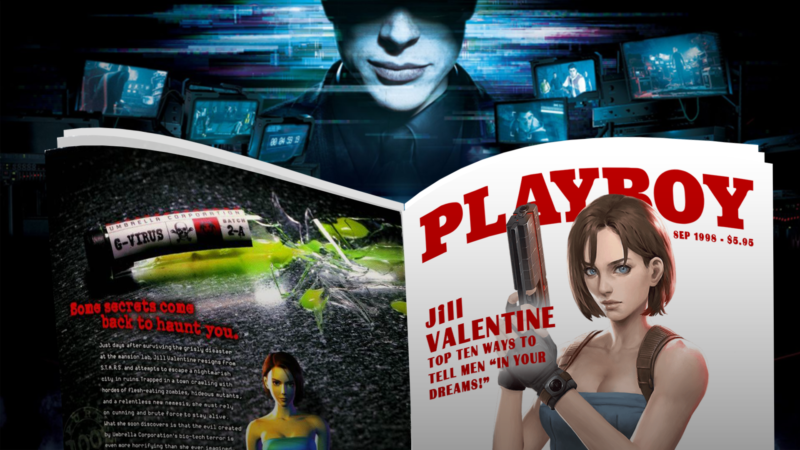 Update: Eve Astra, Senior World Artist at Bungie, reached out to us to explain that things behind the scenes of Resident Evil: Resistance aren’t as lecherous as they may seem on the surface. Astra made a thread on Twitter in order to explain the logistics of skin and character texturing, and how these elements were most likely built to more easily draw from realistic textures on the parts of the model that are visible (and it’s very likely these textures aren’t present beneath the character’s clothing). You can read their full breakdown of how this works in a Twitter thread she wrote on the subject here. The rest of the article has been updated accordingly, and thank you to Eve Astra for helping us clarify this story.

Hey woah now, that’s uh… woah. Nudity and Resident Evil aren’t exactly a uh… new thing, but usually it’s because fans take it upon themselves to do the undressing. Only one title in the series has had nudity to a degree that it ended up being listed among the game’s ESRB rating (RE6, for the mutated Deborah Harper), but that’s it really. Looks like history might be about to change with the release of Resident Evil 3 Remake, or more to the point, its pack-in game Resident Evil: Resistance — even if it requires some doing to find.

A fan on Twitter going by @necroalx was perusing the texture files in the Resident Evil: Resistance Beta on PC, only to stumble upon a secret, hidden just beneath our plucky survivor’s clothes. Evidently, all the playable Survivors in Resident Evil: Resistance feature fully textured nude models, and by fully textured I mean fully featured. Martain Sandwhich’s Martain Sandwich and Samuel’s 2×4 are on full display with just a quick peak into their texture files. You can check out screenshots over on necroalx’s Twitter, or dive into the Beta’s files yourself with this PAK editing tool (you’ll evidently also need this plugin as well) if you so desire to check out January’s calendar art.

One thing that is a bit concerning about this, however, is how RE Engine games are built. Thus far, all of the human characters in RE Engine (RE7, RE2, RE3, and DMC5) have used a scanning technique called Photogrammetry, which allows for a developer to fully scan an actor/model in order to capture their likeness 1:1 for the in-game character model. It’s produced some pretty astounding looking games thus far — but throwing in nude textures that attach to that head is an entirely different story. Now there’s no stopping the wheels on the fan modding side of things; there have been nude mods for REmake 2 since day one, and even a speedo mod for Mr. X — but from the dev side? That’s when things could get pretty hairy.

There’s already a degree of precedence for this, as 2013’s Beyond: Two Souls landed in hot water thanks to a fully-nude model built from actress Ellen Page’s head. Page evidently pursued legal action against Sony and Quantic Dreams, although the outcome of that wasn’t ever made public. The same could very possibly occur here if it turns out that these characters are scanned from real people just as she was, and those models are uncomfortable with their features potentially being linked to these nude textures (even if completely inaccessible outside of legwork from a resourceful modder). There’s every chance this won’t carry over to the full game, either — these files were found in the Beta for Resident Evil: Resistance, but the full title won’t release until Friday (along with Resident Evil 3 Remake). We’ll let you know if more happens with this story.