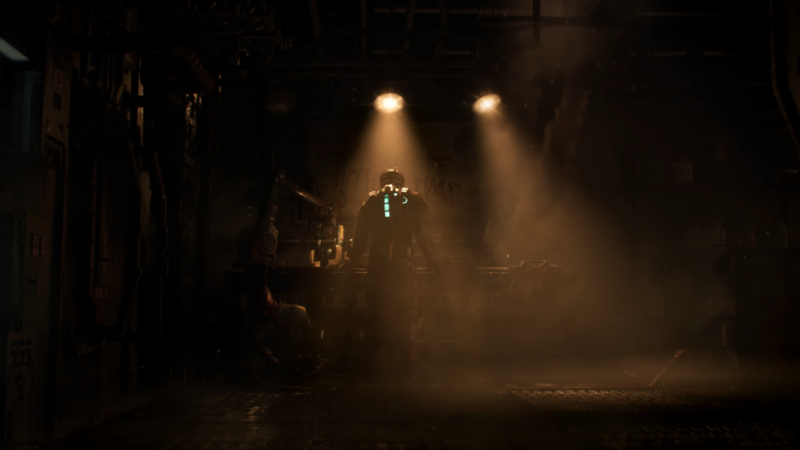 It’s finally here, the return of Dead Space: one of the most beloved horror franchises from the seventh generation of consoles, awakening from its nearly decade-long slumber. Encompassing six games, two animated films, a novel, and a bunch of comic books, Dead Space was a massive multimedia franchise that captured the fear of fans everywhere. It hasn’t had a new entry since the divisive third entry in 2013 (which ended on a rather grim cliffhanger thanks to the DLC), but now it’s back with a shiny new remake! The question is, what kind of remake should we expect? Something that is mostly unchanged from the core concepts, like 2020’s Demon’s Souls, or something more radical, like 2019’s Resident Evil 2?

The developers, EA Motive, have already spoken about some of the changes we can expect — most notably that Dead Space 2‘s free float Zero-G mechanic may be implemented, as well as expanding on the Ishimura layout with locations originally built for the first game that were cut. That only scratches the surface of what could be done with this remake, given the advances in both technology as well as improvements the sequels made on the formula. I’ve been replaying the series recently (just a coincidence) and have been pondering what could be done to freshen up the original game for a modern audience, or simply improve on what was there to begin with. There are also a few things from the sequels we’d like kept out of the remake as well.

This one is probably the most basic, but it’d go a long, long way for repeat playthrough enjoyment. All three numbered Dead Space titles don’t allow you to skip the cutscenes, and it can grow painful on New Game + runs, when you just want to take your improved weapons and stats out for a spin. Some of these sequences are incredibly long, and more often than not involve characters just standing around and talking. That’s great for a first-time playthrough, but going back through I mostly find that they’re spots where I check Twitter or grab a snack. Resident Evil Village fixed this issue from its predecessor, Dead Space would benefit from following suit. 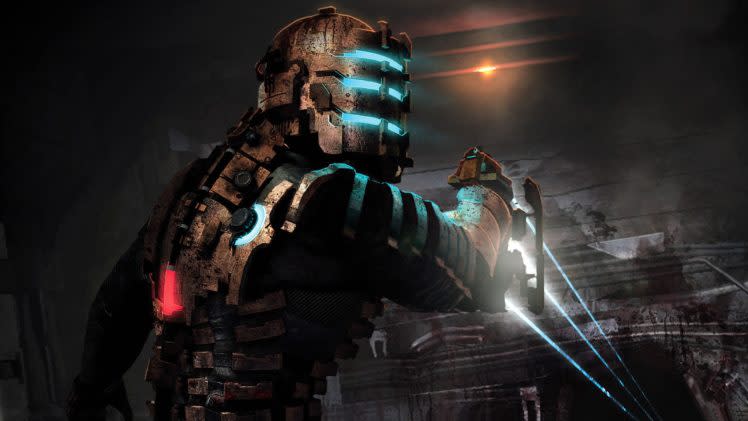 Isaac Clarke, hero of the numbered entries in the series, was strangely mute in the first game. While he came to life as a vivid and emotional character in the sequels, Isaac’s personality only comes through in a personal log you can check in his inventory (which is largely just descriptions of the current objective). Allowing Isaac to speak would give him more of a personal footing in this game’s story, as he’s often criticized for being little more than an “errand boy” in the first game. Isaac flourished in the sequels as a nigh-genius technical engineer, able to MacGuyver his way through problems on the fly. Simply following the checklist laid out by the game’s supporting cast, Hammond and Kendra, steals all of Isaac’s agency in what should otherwise be a very personal journey for him.

If you haven’t played any of the games before, it’s best to skip this paragraph and move on to the next. This game’s story sees Isaac volunteer for a mission to check out a transmission interruption from a spaceship his girlfriend, Nichole, was stationed on. Much like James Sunderland and Ethan Winters, Isaac’s motivation throughout the game is for survival, yes, but also love. Isaac being mute doesn’t allow for that to grow, and leaves his girlfriend, Nichole, without much of a voice of her own when she finally does appear, since they can’t actually interact. This only exacerbates the other half of that meeting, as Nichole is a hallucination brought on by the outbreak that caused this mess in the first place. Without allowing Isaac to speak, it becomes obvious almost immediately that Nichole isn’t really there with him. Giving them a chance to actually connect and hear the relief and passion in Isaac’s voice — and the heartbreak and anguish when the truth is revealed, would benefit his character immensely.

On top of that, Isaac’s performer, Gunner Wright, quite frankly is the character, providing not just his voice (and grunts, even in the first game) but also his face to the role. Without him, I feel like Isaac would feel far too different, and it’d be a shame to allow the character to speak finally, but rip away that connection with the sequels (which could be a good way of tying them even closer together).

One of the key things we know about the development of this remake is that the game is inspired by Resident Evil 2 Remake. In what ways, and how much, we don’t really know yet, but there’s one particular area the developers at EA Motive could benefit from. Dead Space is famously insanely gory, from the look of the mutilated Necromorph enemies to the dismemberment of both them and yourself upon death. It’s what the whole game is built around, and it’s super fun to pick off limbs from attacking enemies. Games have come a long way in terms of gore presentation, however, and none encapsulates that better than the aforementioned REmake 2.

Dismembering zombies in REmake 2 isn’t exactly necessary, but it’s fun and rewarding, especially if you’re running low on ammo. Watching muscles stretch apart before the limbs themselves seem to drip off, guts spewing out with a well-placed torso shot, or the delightful “open flower” look headshots give you, it’s so involved and fun. The look to things after the fact is even better, with shredded meat and bones hanging off the end of dismembered stumps. Dead Space‘s gore hasn’t aged at all, mind you, but that isn’t to say it couldn’t still be improved. The best chocolate ice cream is still the best chocolate ice cream, but god damn what if we put fudge on it too?

Right off the bat, let me clear: I actually like Dead Space 3 quite a bit. It isn’t as good as the other two, but it isn’t anywhere near as terrible as the internet cracks it up to be. It’s a fine little action horror game with some fun monsters and a great score. That said — leave it behind when picking and choosing what to carry over from the other games in this series. Dead Space 3 threw out much of what kept the first two games tense, such as the removal of manual saving, changing ammo into one single type that was shared across all weapons, and bizarre (and mostly useless) cover shooter mechanics including a dodge roll and a crouch button. I’m doing a playthrough of it at the moment, and those two mechanics are almost completely useless, and clearly tacked on after the fact (especially with how awkward both feel).

Reverting back to manual saving, ditching the stupid combat rolls, and giving us separate ammo types again is what this game needs to retain the classic survival horror atmosphere that made the original two games work. It was weird action nonsense designed to try and compete with the direction Resident Evil was going in at the time (including the implementation of co-op). We’re past that now, games don’t really do this sort of thing anymore — and Dead Space never needed it to begin with. 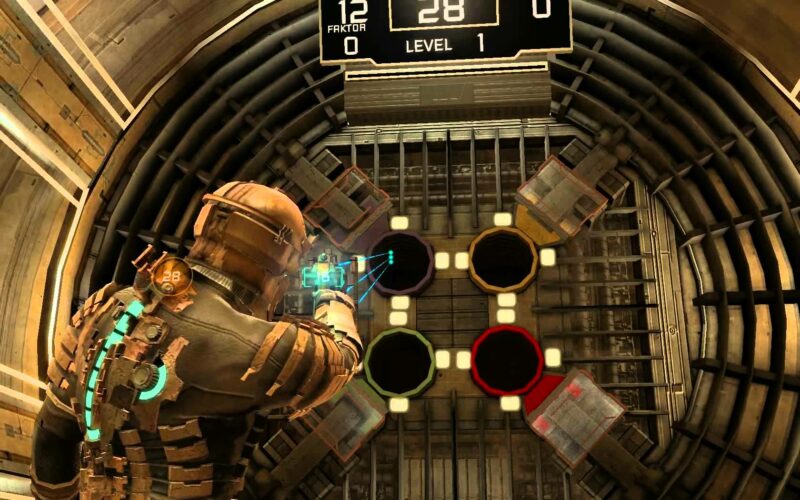 Underneath Dead Space‘s gore and scares was an air of silliness that carries across all of the games in the series. It isn’t overt, but a small wink and nudge every now and again. Whether it be through the character’s dialogue, morbidly placed in-universe advertising, or strange things like the first game’s Zero-G Basketball. The original game actually had quite a few of these small diversions, including a Resident Evil 4-style target practice mini-game, but Z-Ball was strangely involved. It could be argued that it’s really just a giant tutorial on how to master the jump-point Zero-G mechanic, but damn there is a lot to it. With six rounds and some significant challenge, it’s a ton of fun, even if it is somewhat incongruous with the rest of the experience. Seeing how it could be changed up with the free-float Zero-G movement from the sequels could be even more fun, as it would offer a faster-paced game.

Yes, I did just put “no cover shooting” and “yes basketball” right next to each other. Why do you ask?

That’s all I’ve got for now, although there’ll be a lot more to talk about in the coming months as more information is released regarding Dead Space Remake. Fingers crossed we won’t have to wait too long for another trailer, or some actual gameplay. We’ll keep you updated!