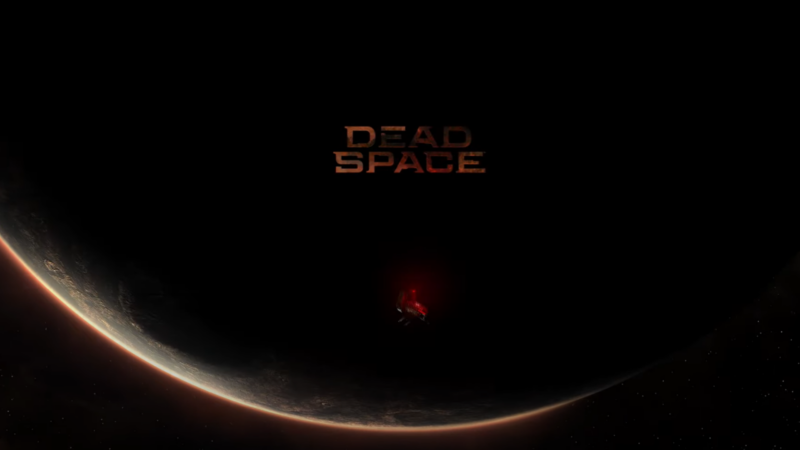 After weeks of rumors, patience has finally paid off! Dead Space, a remake of the 2008 classic, has been announced at EA Play Live just a few minutes ago. Pop on some headphones and check out the trailer:

The sci-fi survival horror classic Dead Space returns, completely rebuilt from the ground up by Motive Studios to offer a deeper and more immersive experience. Harnessing the power of the Frostbite game engine and next generation consoles, this remake brings jaw-dropping visual fidelity and improvements to gameplay while staying true to the original. Dead Space will be available on PlayStation®5, Xbox Series X|S, and PC.

Rumors suggested that this remake will be taking heavy cues from Capcom’s Resident Evil 2 remake, which retooled the gameplay and locations of the original game while providing an adaptation of the original story. I’m hopeful that the gore effects especially are something that this remake takes notes on, as REmake 2 has some of the best dismemberment since the original Dead Space games. This will be Dead Space‘s first new game in almost a decade, following the mostly ill-received Dead Space 3 in 2013, so it stands to reason that there will be lots of other mechanical changes as well beyond just polishing things up, but we’ll have to wait and see.

Returning to the basics of the first game and its lore sounds like a great way to wipe the slate clean while also giving us something familiar, as the series lore had become a complex tangle of interconnecting threads across games, books, animated films, and even comics. It’s a shame that resetting will also mean that answers to DS3: Awakened‘s grim ending and the conspiracy surrounding Lexine Weller from Extraction and DS2: Severed, but I’m extremely excited regardless.

IGN also published an interview with the developers, and it’s a great read that discusses the methodology behind the remake’s development and what to expect in terms of new content, but even better it confirms that there will be zero microtransactions of any kind in the remake, nor introduce any post-launch.

We’ll keep you updated, although the trailer didn’t come with a release date and the sparse website doesn’t offer any new information. It could be a bit of a wait.