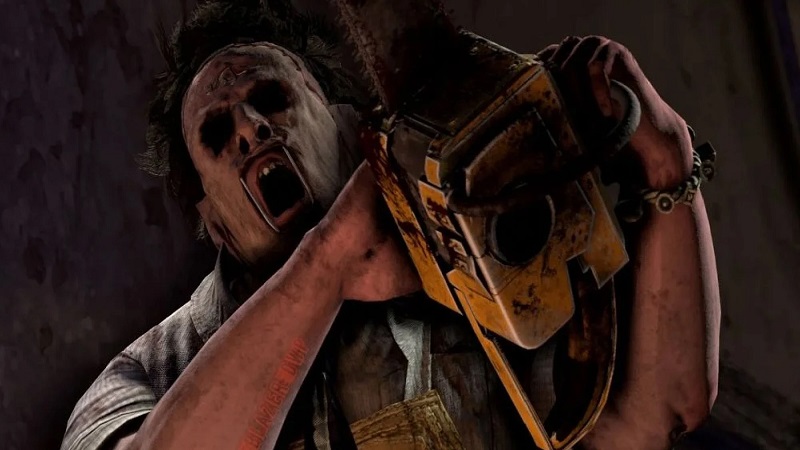 Dead by Daylight is something of an online gaming juggernaut, eating up hours of watch time on Twitch. With its roster of well-known horror villains, such as Hellraiser‘s Pinhead, and Silent Hill‘s Pyramid Head, it continues to pull in millions of players. Yet, there has been some controversy recently, which has caused developer Behaviour Interactive to take a look at its Leatherface character and address some issues brought on by online harassment.

The Texas Chainsaw Massacre antagonist was added to the game in 2017 with the ability to unlock additional skin masks of the survivors that he can wear. The issue in this case is that one of the characters, Claudette, is black, while Leatherface is Caucasian. According to PC Gamer, some players have taken umbrage to this grisly mode of “blackface,” with offenders using this gameplay mechanic to incite racial harassment during livestreams.

While complaints about it go back almost a year, it’s only now that the studio has decided to put an end to it. In a post on Behaviour Interactive’s website, the company agreed that the torment aimed at players through the mask is “disheartening.”

Members of the community have shared their experiences with people targeting and harassing them while using some of these masks. These reports were disheartening to hear, and we absolutely condemn this behaviour. We are not comfortable having these masks in the game when they are used as a tool to spread hate. To that end, we will be removing The Cannibal’s unlockable faces in this upcoming Mid-Chapter.

The post goes on to say that those who have played as “The Cannibal” will be given 6,000 Iridescent Shards as compensation. As you might expect from such news, the community seems to be divided about the decision. While there has been support in favour of the removal, there’s also been some backlash from users.

What are your thoughts on the Dead by Daylight developer removing Leatherface’s skin mask feature?