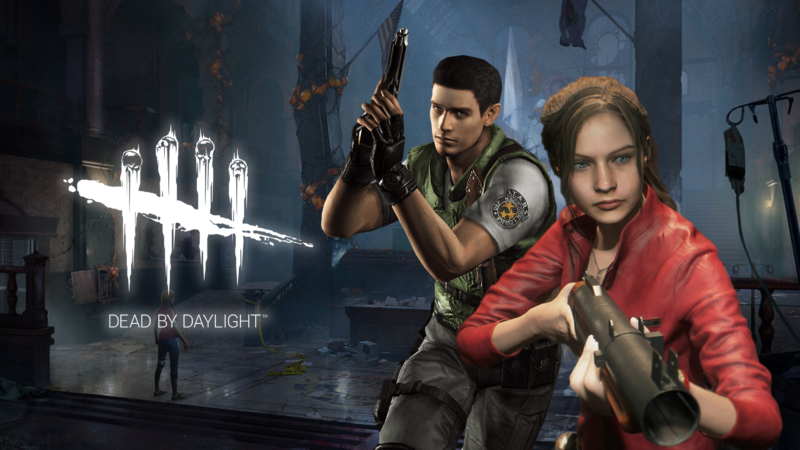 Amidst all the E3 excitement, it’s important not to forget that the latest DLC for Dead by Daylight is just on the horizon — and it’s based on Resident Evil no less! Announced back in April, and then given a full reveal last month, Resident Evil’s Leon, Jill, Nemesis, and the R.P.D. station are entering the fog on June 15th, which we’re stoked for. One thing we haven’t gotten any information on is their DLC skins, which I’ve been anxious to learn about. The Silent Hill Chapter from last year added in a ton of fun cosmetics and skins, encapsulating nearly all of Heather’s original unlockable shirts from Silent Hill 3 (save for the branded ones) as well as ‘Legendary’ skins that transformed Heather into other Silent Hill heroines, Alyssa, Cybil, and Lisa. Fans have been eager to know if Resident Evil would be getting the same treatment, and who those skins would be of — thanks to Dead by Daylight Leaks on Twitter, we may have just gotten our answer.

You read that right, classic Resident Evil stars Chris and Claire Redfield will be joining Leon and Jill to fill out the original trilogy theming. Along with this, the latest PTB ended up leaking a ton of other information, including voice lines, as Nemesis has a special one when executing a Mori (an instant kill) on Jill — uttering his famous STAARSS, but it also applies to the Legendary cosmetic for Leon, which lines up with it being Chris (and seemingly locks in his appearance as being Resident Evil 1 or Code: Veronica based). This makes me exceptionally excited to hear about, and I’m really hoping Jill gets her classic S.T.A.R.S. uniform to go along with Chris, to make the original survival horror pair unified.

There are just a few more hours before this DLC hits Dead by Daylight, and as the biggest fan of it here on the site, I cannot wait!