DC Douglas: “My Days As Voicing Wesker Are Long Over” 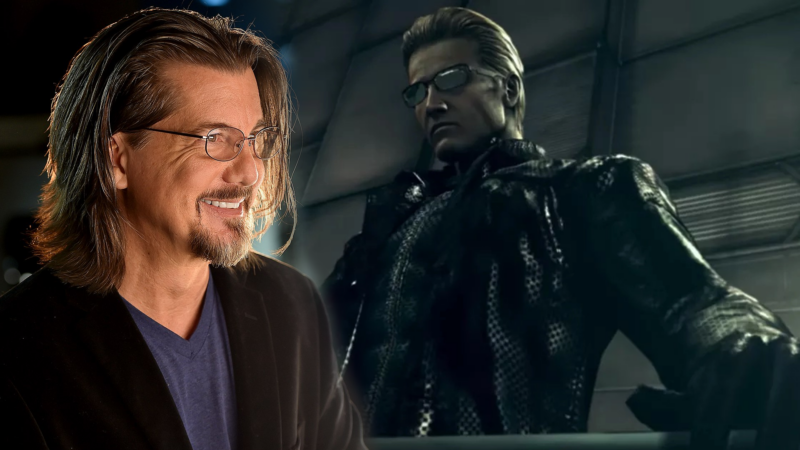 While the Resident Evil fandom has been eagerly anticipating a number of projects this year, it appears one piece of news got lost in the mix. Longstanding Resident Evil voice actor DC Douglas, who has appeared as the character Albert Wesker in every single one of his appearances since 2007’s Resident Evil: The Umbrella Chronicles, has quietly announced his departure from the role. Via DC Douglas’s Instagram:

This announcement follows several months of rumors that DC Douglas had leaked confidential Resident Evil development materials to fans, including information supposedly tied to Resident Evil 4 Remake and possibly another in-development title, as well as years of allegations against him regarding inappropriate misconduct with fans (which are alleged and refuted in their entirety by DC Douglas). This isn’t to say either of these are what led to his departure, as he also could have simply been replaced in much the same way many other members of the cast have been (including Wesker himself previously). He could also just be leaving the character behind as he takes on more roles as well. His most recent appearance as the character was in 2019’s TEPPEN, a mobile card/action game that includes numerous other Capcom characters.

DC Douglas’s departure from the character ends one of the longest streaks in the series with a returning voice actor, the only others being TJ Rotolo as William Birkin and Keith Silverstein as HUNK (who both started with The Umbrella Chronicles as well and most recently reprised their roles in REmake 2). There is also, of course, the much-beloved Alyson Court who voiced Claire Redfield in every appearance from Resident Evil 2 (1998) up to Operation Raccoon City in 2012. Considering Wesker’s striking voice, it will be interesting to see who takes on the role next, and whether they chose to follow suit with DC Douglas and do an impression of Richard Waugh. Either way, farewell to Mr. Douglas, I’m sure he’ll never be able to voice a more legendary role than the man with the plan, Albert Wesker.