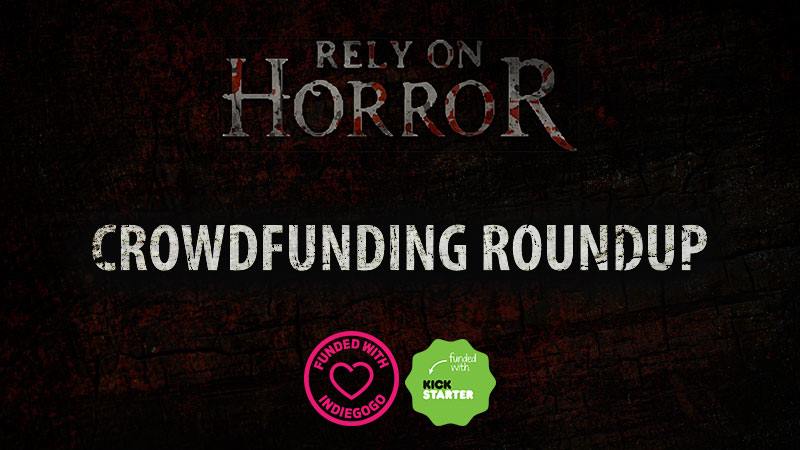 Roundup Round Two! We are posting a weekly roundup for crowdfunding campaigns relating to horror gaming in order to keep the project coverage streamlined for our readers. Each post will cover campaigns that have ended, those that have 15 days or less to go, and new or returning campaigns on Kickstarter and Indiegogo. If you would like to suggest we take a look at a campaign, give us a shout on Twitter, Facebook, or email. If you want to tweet directly to a specific writer, you can find our contact information on the staff page. Without further ado, here’s last week in crowdfunding.

Dark Souls: The Board Game 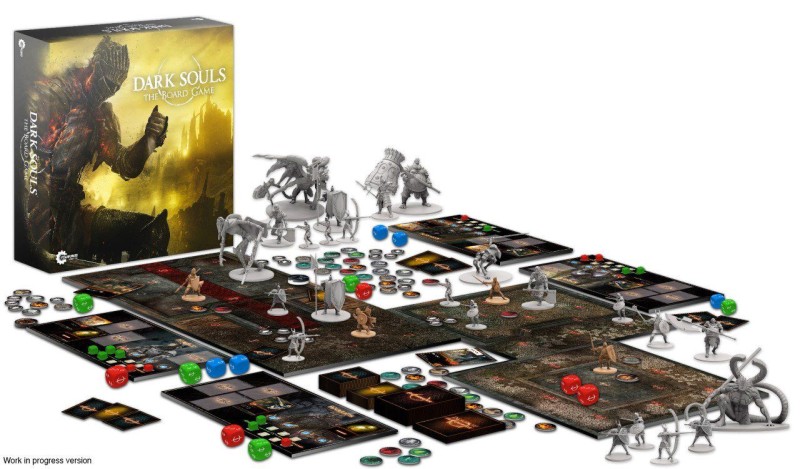 This one isn’t a video game, but it is closely related to a game we have covered extensively on this site. It’s also a noteworthy success: Dark Souls managed to raise $7.3 million in their month-long campaign, making them the second-highest funded tabletop project and the highest funded board game in the site’s history. The game reached its funding goal within three minutes of launching the campaign on April 19th, taking advantage of the April release of the final installment of the Dark Souls videogame series. The game had both the most backers for a board game and the most retail backers for a board game, so I imagine we will will see this project on store shelves in the future. The board game is being made by Steamforged Games, who are accepting late pledges on their website.

The other two games we will be looking at this week for completions are not faring as well. Last week, we looked at an interesting game from fledgling French team Dead End Studio. With 25 hours left in their campaign and $29,000 left to raise, it doesn’t seem likely that the campaign will be successful. We will reach out to the team to see what their plan is going forward. Daesin is a full working game already, and the funds were being raised to polish it to release-ready standards. This seems like a good candidate for a second campaign with more coverage, so I am somewhat expecting to be covering this one again in the near future. A complete, working game with a unique idea would be a sad prospect to give up.

Russian team Warm Lamp Games is facing the same prospect, with a working game and a campaign that needs to raise $22,000 in 61 hours. The game needs more work to be release-ready, but the main components are there and playable. We will have to wait and see what their next move is, but this is another game I won’t be surprised to see back in the Roundup soon.

Don’t Kill Her is an adorably creepy offering for Mac and PC by Swedish developer Wuthrer. The game sees you play as a fella who has apparently stalked and murdered a woman, whose soul is now trying to convince you not to destroy her in either a time loop or an alternate reality. Bonus points to Mr. Wuthrer for mentioning how the lady in the game is always with him, referring to her as “Her”, which increases the creepy factor by about tenfold.

The game has three days left to raise the remaining $9,000 on its flexible goal campaign. Even if it isn’t fully funded, the $10,500 it has already raised will go to the team to finish polishing the existing game. Wuthrer has also stated that regardless of funding, he will work to complete and release the game, and will simply have to delay release until it can be completed solo should funding efforts fail.

The Letter is a visual novel from Philippines-based developer YangYang Mobile. The premise is simple enough: A small group of friends in England find themselves fighting an angry spirit who can attack anyone who reads her chain letter. The team says they were inspired by JRPG Corpse Party and movies Ju-On: The Grudge and The Ring.

After fully funding their project via Kickstarter in December 2015, the team began an IndieGoGo campaign to reach further goals and enhance the game. The Letter will be available on Linux, Mac, and PC with full English voice acting, and is scheduled for release in October. In the meantime, a free demo is available on their campaign page.

InSomnia is a tactical RPG inspired by the runaway hit game Fallout. Players will explore a massive spacecraft housing the remnants of humanity, bound for a distant planet where they will begin anew. Your actions determine their fate, as opposing forces threaten those who remain onboard. Russia-based Studio Mono have already created the storyline, characters, and the base of the game, and are collecting funds to continue fleshing it out and polishing it up. They have three days to wrap up the final $10,000, and have collected $69,000 so far in the campaign.

Bad Taste takes inspiration from the film of the same name, and is a love letter to campy zombie films and slashers. The campy aspect is rounded out with hand-drawn comic style graphics and well thought out combat and motion controls. Rife with satire and Canadian humor, Cancer Cinema‘s Bad Taste wants to have fun with horror.

Players take on the roll of a jaded cop who has a few hours to escape Victoria, British Columbia before the military nukes it. They’re left no choice but to bomb after genetically modified fast food causes a zombie outbreak, and Chet has left no choice but to maul his way through the horde to GTFO. People who want to see this game come to life are left with no choice but to pledge towards the $25,000 flexible goal, which ends in thirty days.

Ilios: Betrayal of Gods is an action side-scroller inspired by fan favorites Castlevania and Devil May Cry. Mashing together steampunk and Greek mythology, Ilios sees its main character vanquishing the Gods as vengeance for the Sack of Troy. The nine levels and more than fifty characters will be available on PC, Mac, and Linux, with stretch goals to bring them to Xbox One and PS4.

France-based Aurora Studio wants you to experience the Greek myths in a way your high school literature teacher almost certainly wouldn’t approve of. To do that, they need to raise $73,000 in the next 23 days. They’ve already raised $28,500 in the first week of their campaign.

That wraps up this week in crowdfunding. We’ll check back in on the closing campaigns next week and bring you the freshest horror game pitches crowdfunding has to offer next week in our Crowdfunding Roundup.