How many times have I– we, walked the halls of the Closed Spaces? It’s beginning to feel as if we’re all trapped there, just like Naomi and her friends.

If you’re unfamiliar with Corpse Party, you’re missing out. Despite cutesy chibi-style visuals and a cast of students ranging from High School to Elementary age, don’t be fooled. Corpse Party contains some of the most horrific moments I’ve ever experienced in not only video games but films and novels as well. Unfolding in a top-down perspective, we explore the multi-dimensional Closed Spaces: a nightmarish series of never ending corridors that have taken the form of Heavenly Host Elementary School, which was the site of a terrible tragedy years ago. Riddled with blood, gore, and the rotting carcasses of other students who became trapped within these hallowed walls, it’s incredible how powerful the fear this game can create, and I’m not ashamed to say that this game has given me panic attacks before. This is not a series to take lightly.

Released for the first time in the West on PC (US only I’m afraid), Corpse Party: Blood Covered takes us back to the very beginning of the Heavenly Host trilogy. Naomi, Seiko, Ayumi, Satoshi, Satoshi’s little sister Yuka and more find themselves sucked into the Closed Spaces, where things go from bad to worse, to terrible, to unforgivable. My first experience with this game was the US release of the PSP remake Corpse Party Blood Covered: Repeated Fear, which came after this version – the first official release from back in 2008, which at the time featured many improvements over the original 1996 RPG Maker game, including voice performances from professional Japanese actors, new character sprites and an expanded story. It was quite awesome, for 2008. 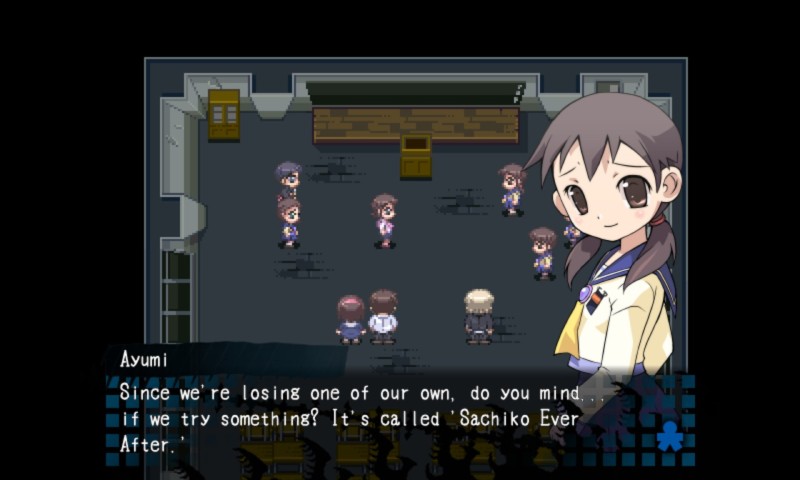 Let me cut to the chase here; Corpse Party is an excellent game, and if you’ve never played it before I cannot recommend it enough. But this is far from the best version of this title. I find myself somewhat bewildered that this is the version that was brought to Steam over Repeated Fear, considering what a vast improvement that game was. Repeated Fear brought anime quality sprites for each of the characters, full voice acting and a bevy of additional episodes that expand the story outside of the main adventure. While this version still retains the same amazing music and the main story, it’s hard not feel jarred by the sudden drop in quality for some of the other elements. While the voice acting is still good, it’s sparse and infrequent. Only some of the text dialogue features VO, and what does seems to be totally random. Most of the major plot moments are, but occasionally characters will speak entirely in text, then suddenly have a line or two voiced, and then it’s right back to text-only. It’s weird, and it kept making me feel like maybe I was doing something wrong. 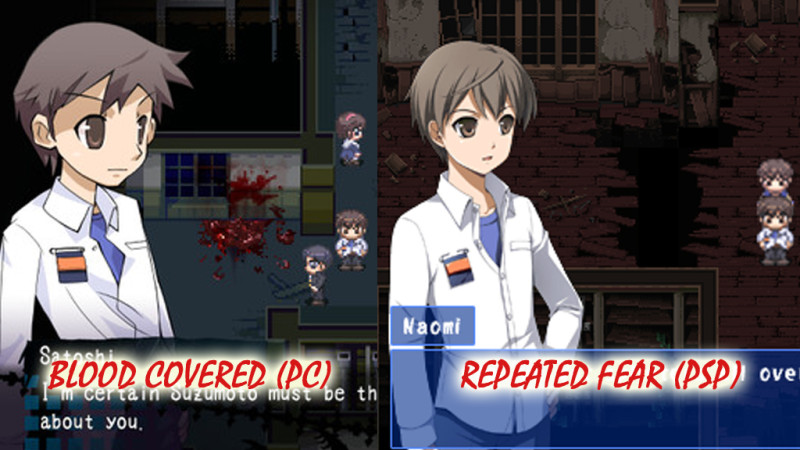 Another difference between the Repeated Fear remake and this, are the character sprites. While Repeated Fear‘s sprites were detailed and lively, with anime quality to their look, these are frankly hideous. I may just be used to the sprites from the PSP version, but these look shockingly unprofessional, reminding me more of something I’d see on a fan forum. If it was just fan art, that’d be fine, great even, but as what we’re supposed to relate to throughout the adventure, it feels bizarre. Along with this, Blood Covered PC doesn’t feature scene artwork either. While the game has no cut-scenes in the traditional sense, Repeated Fear had full-screen artwork showing some of the most important moments in the story. Anything from a quiet moment between Seiko and Naomi in Heavenly Host’s infirmary to a horrifying reveal of some of the Closed Space’s ghostly inhabitants. They’re great scenes and can give a close-up and detailed look at some of Corpse Party‘s most gruesome moments, effectively driving the tension home (especially with a few lost souls who can’t quite handle the horror and become monsters themselves). It’s not like the story has changed significantly, more or less everything from Repeated Fear is still here, but now we’re only given the (hideous) in-game sprites at best, regular old gameplay with text at worst.

Other content that’s we’ve been short-changed on are the extra chapters. These are non-playable, text-based story chapters that detail events outside of the main story and give background, not just to Naomi and her friends lives before being sucked into the Closed Spaces, but also the other lost children that have been trapped there over the years. Repeated Fear included ten extra chapters, each unlocked after fulfilling certain endings and requirements throughout the five main story chapters. This version only includes four. There are four fewer endings as well, with the PSP version offering 27 total True and Wrong endings but this only has 23 available. 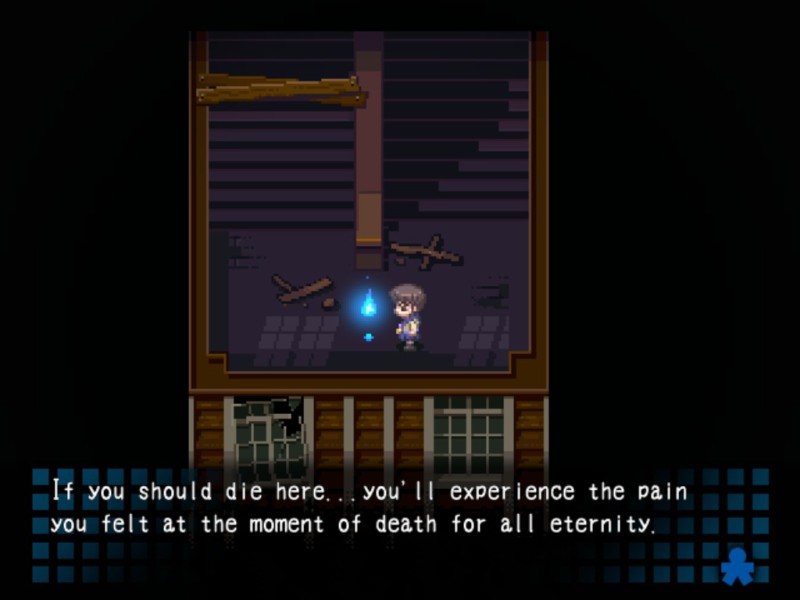 Don’t get me wrong – the gameplay and story of Corpse Party are still here in their entirety, with all of the terrifying plot twists, gory deaths, and cryptic puzzles. If you’re new to the series and don’t have any other options, this is still an absolute must-buy for any horror enthusiast. It runs great and is easy to pick up and play with really only one button and directional keys needed. But seeing as it’s now 2016 and there have been better versions released since this, why in the world is this the version they brought to Steam?

If you don’t have access to a PSP, PS Vita or 3DS (coming this summer to Nintendo’s handheld), I’d say go for it; Corpse Party is simply one of the best horror games ever made, easily up in the ranks of Resident Evil, Silent Hill and Fatal Frame for me – but know that this release is not anything special.