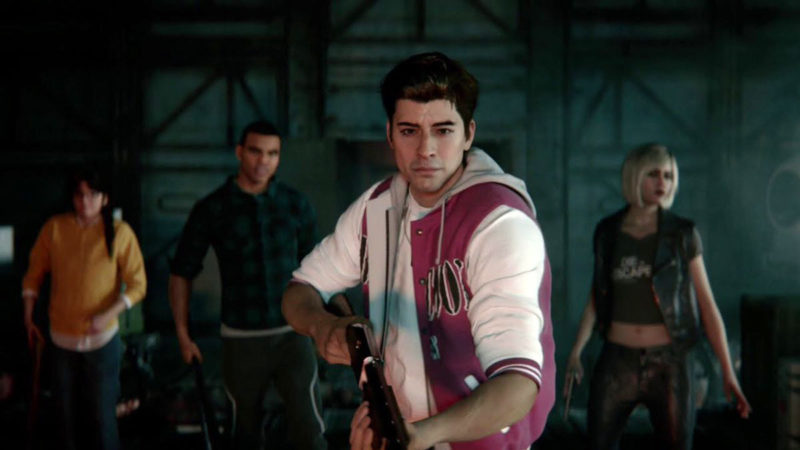 While all the main buzz is centered on Resident Evil 3 Remake right now, there’s still a lot to look forward to in terms of its pack-in multiplayer game, Resident Evil: Resistance. Despite being revealed months prior to REmake 3‘s full reveal in December, we still don’t actually know a whole lot about it beyond the very first snippets of info. Character details, some gameplay (and a brief beta Ambassador members could participate in), and that it will have its own trophy/achievement list when it releases. Outside of that, most of the focus has been on REmake 3, not Resident Evil: Resistance, which has left a lot of questions floating in the air regarding it. One that has had fans a bit worried so far has been its canonicity, considering how out there the plot seems to be and one or two elements actively seeming to contradict existing lore. In a follow-up interview with Official PlayStation magazine, producer Peter Fabiano clarified that it is, in fact, non-canon:

“[Resident Evil: Resistance is] basically set in Raccoon City with scenarios that make it impossible to fit in the actual timeline [and players can expect to] see familiar enemies and characters like Mastermind. You’ll remember that the Japanese subtitle for RE3 was Last Escape. Both of these titles have characters that are trying to escape somewhere or something, so thematically it made sense. We also wanted to take up the challenge of building out an online game set in the RE universe.”

So that answers that. In a way, it is a shame; expanding on the lore of the Raccoon City outbreak, and more specifically, the idea of Umbrella taking advantage of the outbreak to study the virus’ effect on the populous was an interesting take. For the sake of “fun” however, it was probably for the best to treat it as non-canon, as it has lead to Annette Birkin being allowed to join the ranks of the playable Masterminds, and her mutated husband as one of the playable B.O.W.s. I remain hopeful that this means the ability to play as other characters from RE lore, not just the gaggle of ObsCure-esque teens and college undergrads. The chance to play as Leon, Jill, maybe even Chris and Ethan in something designed just for fun sounds awesome. That goes without saying that we want to see Wesker as a Mastermind as well. We’ll see soon enough, though.

UPDATE: I guess just to make sure we understood the wording here once and for all, Fabiano clarified once more on Twitter:

Hey! Thanks for asking. Resistance is not canon.

Resident Evil 3 Remake, as well as Resident Evil: Resistance, release together on Xbox One, PlayStation 4, and Steam April 3rd.