It’s no secret here that we love Alan Wake.  Some of us have a love/hate relationship with Alan Wake.  When more news about more Alan Wake surfaces, overall we’re pretty happy people.

There’s been a lot of news about Alan Wake recently, what with the new American Nightmare trailer and official unveil.  Ryan has gone into detective mode analyzing the trailer and images bit by bit.  One thing stood out though from the information uncovered earlier today.

We have received feedback from a lot of PC gamers, and I have to admit that yes, we somehow ignored that.  Let’s see if in the near future we could have some positive news to tell you about dating!

That quote, taken from Aki Järvilehto from Remedy sounds a little more definite than a ‘possibility’ of a PC release.  It reads almost like “we’re working on it, catch up with us again sometime to find out when it will be available.” 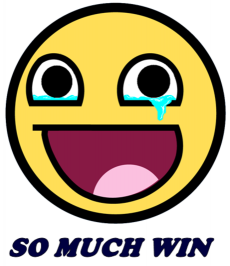 We know that the lackluster outing at retail isn’t the only thing that prevented Alan Wake from being GoTY, but can’t help but feel that 360 exclusivity played a major part. When Alan Wake was cancelled for the PC, a lot of potential buyers abandoned all hope.  They weren’t going to purchase a separate console just so they could play a few games and honestly, we really didn’t blame them.

The reasoning behind the cancellation was a little vague – and if you were one of the ones (in)patiently waiting for the PC version over the Xbox 360 version, a little disappointing.  Gamers were told that the reasoning behind the dropped support was due to atmosphere.  Some games are better played in the livingroom, in front of the television, than in front of a keyboard. 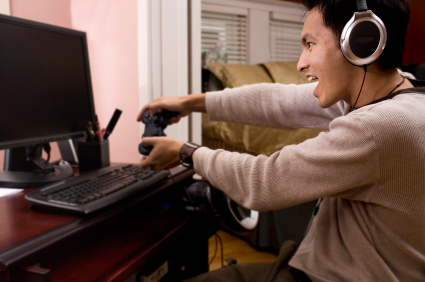 I don’t know…this guy looks like he’s having fun.  And the thing isn’t even on!

Earlier this year, Remedy went on record stating that the decision to cancel support for the PC version wasn’t their idea, and was supposed to be a multi-platform release.  Markus Maki was actually pretty mum on the subject of who canned development for PC and PS3 versions too – I’m thinking we can figure out who it was, and why he was quiet about it.

Microsoft, who published the title for the 360 wanted control over the distribution – including what platform.  And Microsoft likes to keep their PCs separate from their gaming consoles – no matter how hard they try to prove that they don’t.  Ahem…

One could theorize that they wanted to limit piracy to a bare minimum – after all, Alan Wake was a new IP with no multiplayer component, requiring no need for the game to be online at all.  Theoretically, it’d be easier to keep piracy in check than on the 360 than on the PC where admittedly, it runs a little more rampant.

That didn’t quite work out how they hoped – Alan Wake became one of the top pirated 360 games of the year, with over 1 million copies downloaded that year, according to TorrentFreak.

This won’t just be Alan Wake coming to the PC, but the DLC (because…you know, it’s pretty much the ending of the game – they wouldn’t want to cut off the end of a story-heavy release…would they?) and American Nightmare.  With all of the benefits that come with having a game on PC. 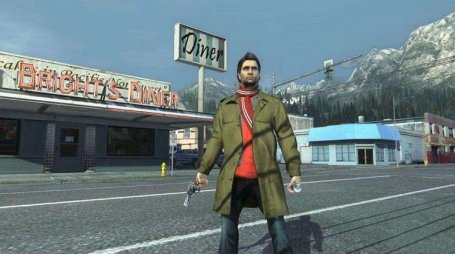 The modding community could go nuts with Alan Wake, and the increased horsepower of a PC running it could make the whole thing look, sound and control so much better than it already did, provided it’s done right.  While there’s little news on the subject right now, we’re still clinging to hope that Alan Wake running on PC lurks just over the horizon.

Don’t forget to check out our other Alan Wake: American Nightmare news, and our latest podcast!