A look at Gecco’s Silent Hill Nurse figure box art, and where to buy Red Pyramid 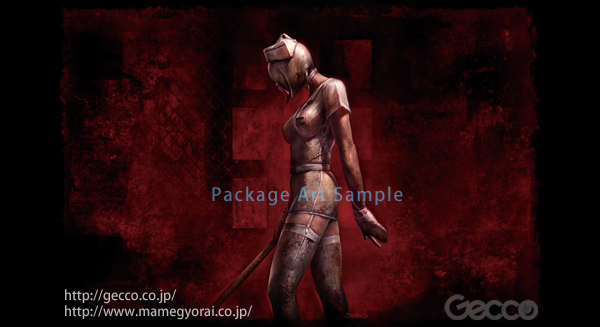 The release of both the Red Pyramid Thing and Bubble Head Nurse figures draws near for the U.S. So, why not take a peek at the box art for the nurse and a few links to help you preorder Red Pyramid.

In partnership with Gecco, manufacturer of these sexy Silent Hill 2 figures, ToyMunkey Studios aims to bring the figures to the states without the hassle of importing. Problem is, is that they’ve been less than vocal about where and when to buy the first figure set to release. Originally slated to give us information about the release of Red Pyramid, in November, ToyMunkey has recently announced that information regarding retailers of the Red Pyramid figure will be given out by the end of this year.

Replying to an inquiry by Whitney, owner of Silent Hill Historical Society and our residential podcast prisoner, Scott Sohn, president of Toy Munkey wrote this:

One thing I can confirm is that major distributors have only just now begun to solicit Toymunkey’s RPT and should be available to pre-order at any comic or toy shop. If fans have a local shop they like, please urge them to contact sales@toymunkeystudios.com before its totally sold out.

A list will be detailed on the site hopefully by the end of the year.

In an effort to prevent patient fans from missing out on the opportunity to buy the Red Pyramid figure, Whitney has compiled a list of sites to preorder from, organized by price. Based on those prices, I think I’ll go with Midtown Comics. They’re actually selling the figure for $10 less than the estimated price.

The wait has been pretty long and filled with limited information, but here you go. If you’re itching to order this figure, use the above links and do it yourself. No sense in wasting time waiting for more information that might jeopardize your chances of scoring one, or both, of these awesome figures.

Lastly, as you can see in the header image, Masahiro Ito has also done the packaging art for the Bubble Head Nurse figure. No need to import the Japanese edition to get this, or the red Pyramid’s snazzy box art. The art is creepy and the nurse looks…cold?