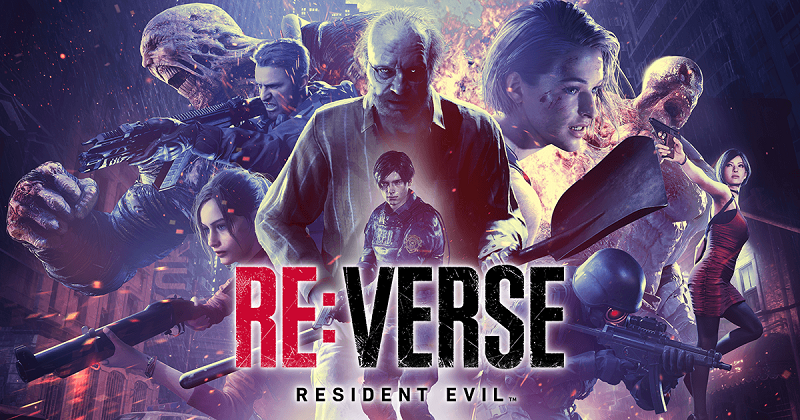 In addition to Capcom’s recent updates regarding Resident Evil Village, they also confirmed the inclusion of a competitive online multiplayer mode called Resident Evil Re:Verse, which started a closed beta just a few days ago. Discussion began shortly afterwards, with many fans being taken aback and wondering what it was all about since the teaser trailer showed very little detail about the game.

After spending several hours with the beta trying to see what it had to offer, I was left with a fair amount of confusion about what Re:Verse is actually going to be when it launches. I also had several questions about its very existence. 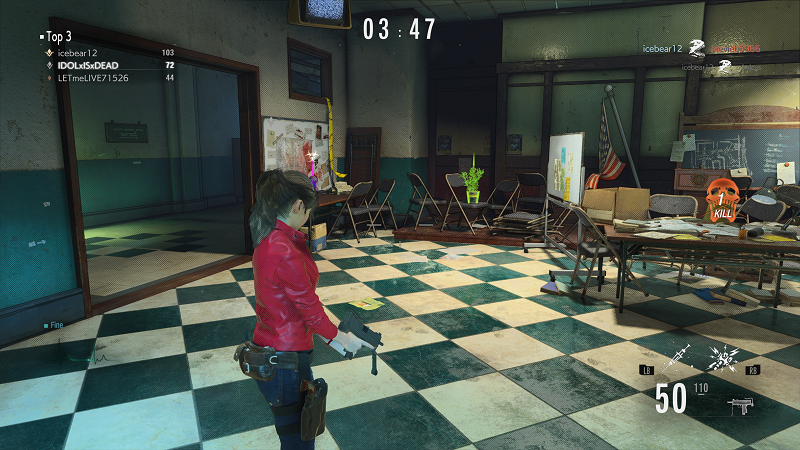 For those who aren’t aware, Resident Evil Re:Verse is a “free” multiplayer title that will be packaged with Resident Evil Village when it releases this coming May. It features a 4-6 player online setup, currently only free-for-all deathmatch play with no teams or squads. It features many of the main characters and several of the monsters from the series, all sporting their most recent RE2/RE3 remake aesthetics. It also features RE7’s not-Chris Redfield and uh…Jack Baker.

The beta only includes one single map; RE2 remake’s R.P.D. station, with most of the doors open and several walls blown out to make it more suitable for high-speed action and traversal. Each character has different stats and special abilities, making for a little variety between the 6 main characters, but it all stays fairly balanced between them. 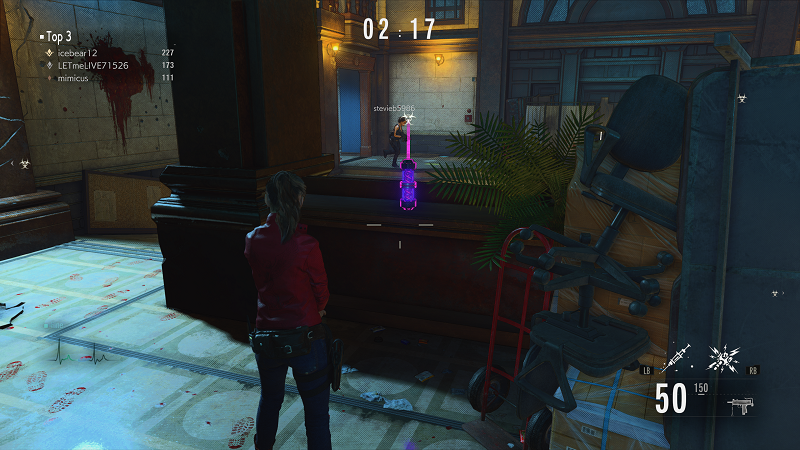 After you die as the main character of your choice, you’ll morph into a B.O.W. of some sort, which will vary depending on how many virus capsules you picked up while you were alive. There are three levels of B.O.W.s you can respawn as, including some basic enemies, all the way up to Nemesis and the final form of Mr. X from RE2. Similar to the human characters, the enemies all have unique abilities and strengths as well. When you die as a B.O.W., you’ll respawn as a human. Rinse-repeat this for all 5 minutes of the match before it ends.

As a human, the game mostly plays just like one of the over-the-shoulder Resident Evil games, with an added dodge function. Remapped controls do away with an inventory system, and the controls only change very slightly when you respawn as a B.O.W. 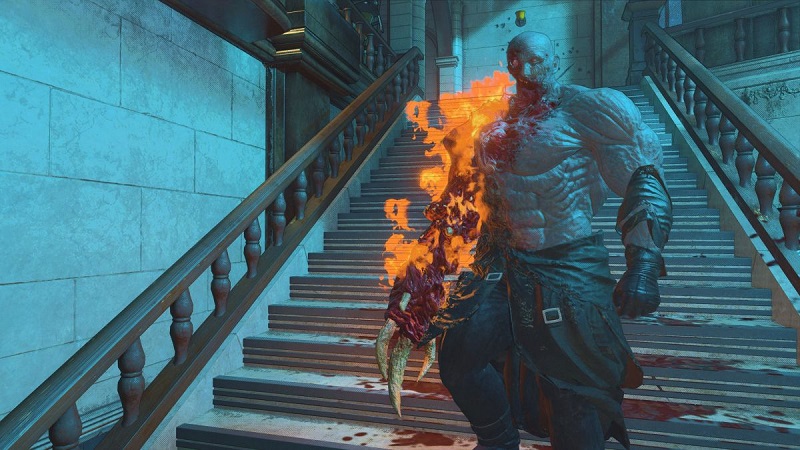 This setup essentially makes it feel more like you’re playing a Call of Duty twitch-shooter where your average spawn-to-death time is between 30-60 seconds. You repeat this cycle with little room for strategic play or cooperation with other players, since it’s currently free-for-all only and the map is quite small.

As another weird aside, official statements from Capcom seem to confirm there will be no optimized version for the PS5 or Xbox Series. This game is built for the original PS4 and Xbox One and technically only runs in backward-compatibility mode on the new consoles. Not that there absolutely needs to be optimized modes, but there’s a lot of people out there right now looking to get the most of their new consoles with very little optimized software to take advantage of it.

I can understand, to some extent, why the developers wouldn’t dedicate a heavy amount of resources to make optimized versions of the game for the new consoles, but it also feels like it brings us back to the original dilemma that’s been in the RE Village news for a while now. Many were questioning whether they should’ve doubled down and only released the game on the next-gen consoles to increase the fidelity and features of the game, or alternatively, released a potentially compromised version for the older consoles as well, and it seems they chose the latter. 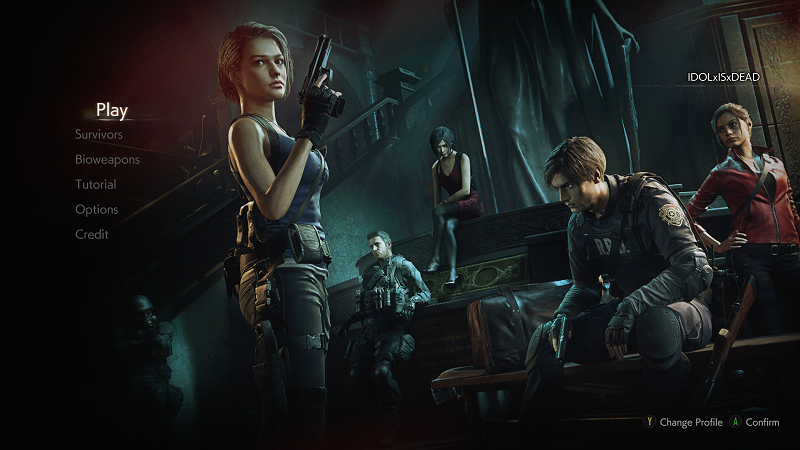 Now that I’ve gone over the basics of the game’s structure, we can get into some overall thoughts and questions.

While I wasn’t expecting much from Resident Evil Re:Verse, it still ends up more enjoyable than either Umbrella Corps or REsistance, but seems like it would only satisfy most players for a few hours at most in its current state. Now that the beta is over, I can say I ended up playing somewhere around 20 matches before I lost interest in getting any further in. While it’s a fun distraction, the game needs a lot of work and is sorely missing a laundry list of features that could flesh out the experience in many important ways.

It’s not clear if or how much Capcom is planning to expand the game, as their statements about it have been very vague so far. Based on what they’ve said, it feels like they’re treating it as an afterthought, calling it a “gift to fans.” However, only having one map would be an absolute death sentence for a game of this type. I figure this would be one of the first things they’ll be expanding, but there’s no confirmation of any plans for this yet. This desperately needs to change before anyone would consider spending more time with this game. 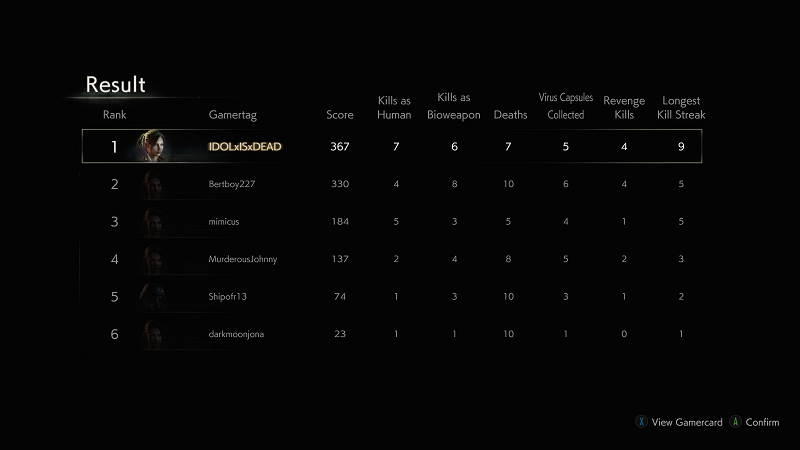 Additionally, there’s absolutely no depth or motivation to keep playing the game, since all of the following are absent: upgrade/customization, EXP/unlock system, friends/teams, or leaderboards. This is as bare-bones as it gets, literally just being match after match, with no system to even track what you’ve done from one match to the next. While this isn’t completely unheard of for a beta, most betas have at least two maps to choose from and some basic system for tracking previous matches or scores.

I sure hope they’re not factoring the inclusion of this mode into the pricing structure of Resident Evil Village like they did with REsistance and RE3 remake last year. This doesn’t seem too likely, since RE7 launched with no multiplayer mode at a full $60 (plus a ton of paid DLC,) but just on principle, it wouldn’t be a good look for Capcom if it becomes known that they’re charging a little extra on the price of the game to account for this inclusion. 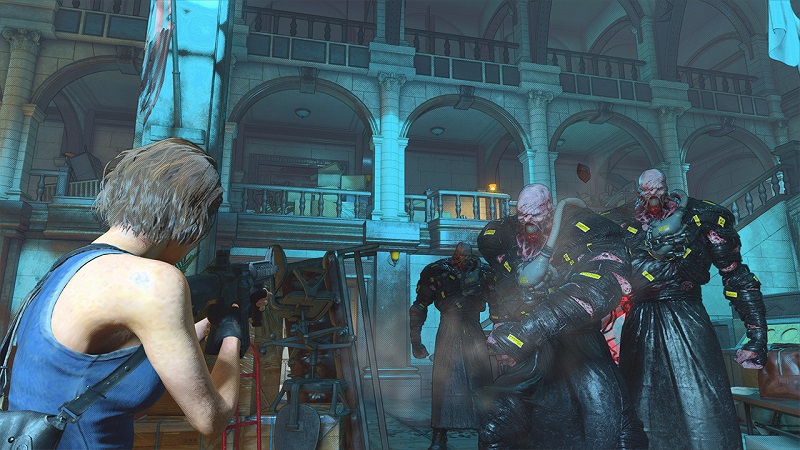 Now for the real question: Why does this game exist and who asked for this? Based on any of my interactions with the Resident Evil community over the years, more multiplayer modes are generally the exact opposite of what RE fans ask Capcom for. Most of what the fanbase is clamoring for are remakes/remasters of older titles or more single-player games.

Even when we get past the question of whether fans want it, we come to a more complex question; why does Capcom keep trying to shove competitive multiplayer modes into the series when we’ve already had several failed attempts? None of them were ever really active past a few weeks or months after launch – ever. RE5, RE6, ORC, Umbrella Corps, REsistance, and now this. 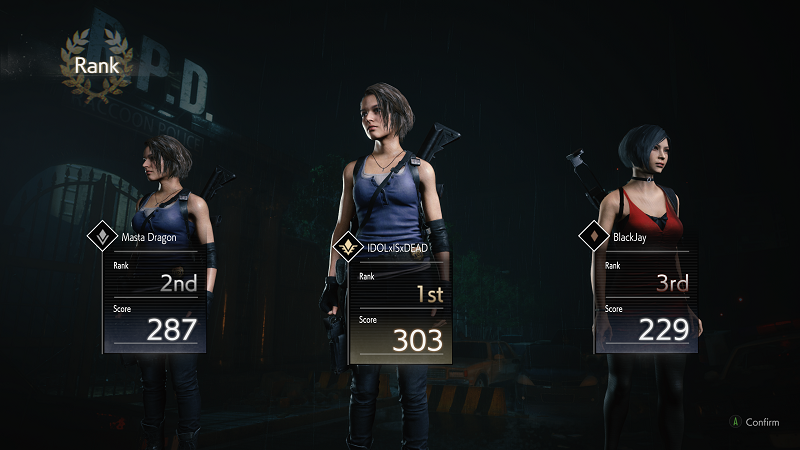 Does Capcom think they’re going to randomly get some kind of hit with the mainstream Call of Duty or battle royale game-of-the-month audience by releasing something like this? I can’t see that being even remotely possible, especially if it’s not a free-to-play model, but I guess we can’t ever expect real-world logic to be included in corporate decisions, anyway.

It seems likely that DLC monetization may end up being added here at some point, which is sure to make even more people mad, but it seems like one of the only possible end goals they could have in today’s multiplayer game market. Only time will tell if this comes to pass.

In the end, we’ll have to wait for more information and/or the final product to make any judgments, but things are not looking great for this game so far. I have hopes that Capcom will be able to restructure it and add the myriad of features it needs to be a remotely sustainable game, but for now, it’s clear that it won’t be worth paying $60 just to play it.

Stay tuned for more Resident Evil Village content in the next few months leading up to its release and hopefully we’ll have more information about the Resident Evil Re:Verse mode as well.