Hands-On: Here's 35 Minutes of Me Kicking Ass in The Evil Within 2 - Rely on Horror

Hands-On: Here’s 35 Minutes of Me Kicking Ass in The Evil Within 2 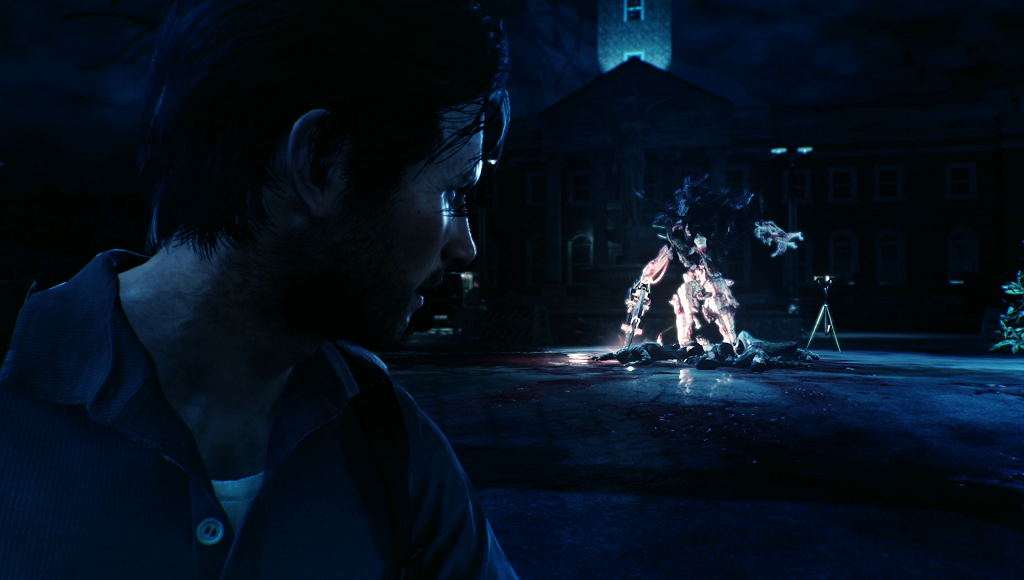 Yesterday I finally had the chance to play The Evil Within 2 at an NYC press event held by Bethesda. I had a look at Wolfenstein 2, DOOM VFR and DOOM on the Switch — but we all know what I was really there for (and it wasn’t the delicious southern honey biscuits at the catered table). After absolutely loving the first game, despite its problems, I’ve been looking forward to seeing how Tango Gameworks and new game director John Johanas would do with the second entry in this IP. So far I am impressed. I also kicked the whole lot of ass in my demo; your boy didn’t die once. Watch my full playthrough below.

The new demo that I played was not the same one that Jordan did a few weeks back at QuakeCon (for his impressions on that one, go here.) The latest demo took me to an area called City Hall in the city of Union. If you’re not aware, Union is a city inside of STEM, a system which combines the consciousness of multiple people to create a joined reality. In the demo, Sebastian sets off after a new villain named Stefano, who Sebastian believes has his daughter Lily. Rather than fighting or using stealth against foes as Jordan did in his preview, my demo focused on exploration, minor puzzling, and two boss battles. 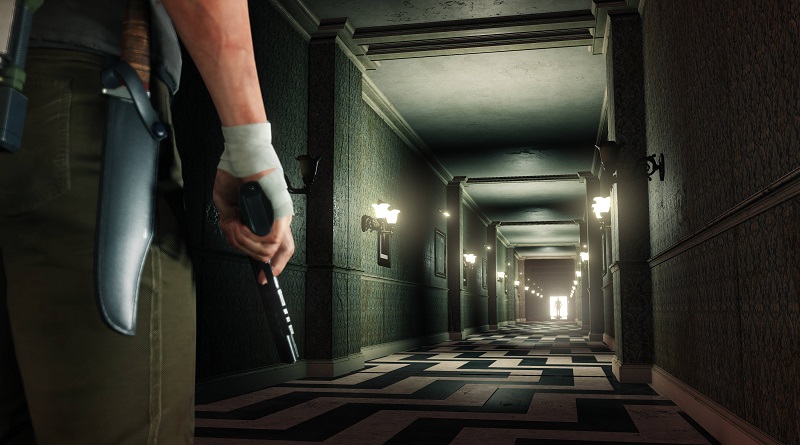 When The Evil Within launched, I recall many people complaining about its difficulty even on “Normal.” Some weren’t able to pass the first scene with the butcher without multiple retries. Now, I don’t often toot my own horn regarding video game skill as I’m an avid practitioner of self-deprecation, but I didn’t do too bad for myself with The Evil Within, and for whatever reason Metal Gear Rising: Revengeance (which I completed on the highest difficulty somehow). So, jumping into The Evil Within 2‘s Survivor difficulty (AKA the “Normal” setting) felt pretty comfortable. In fact, I think overall Tango Gameworks might have dialed things back a notch to make the game more approachable on its base difficulty level. The only foes I faced in my preview were two terrifying bosses, but even they were relatively easy to dispatch.

The first boss was an amalgamation of corpses and disembodied heads. We got a look at her in the previous demo suggesting she’s a reoccurring foe. With a chainsaw for an arm, I expected to get served when I gained control of Sebastian. Instead, this boss fight felt tense but fairly manageable for it being my first experience with the game’s combat. Using a nearby gas puddle created by an overturned car, I lit her up a few times in between landing shots via my traditional weapons and the crossbow. I have to say, her design is pretty gross if not a little too try-hard, but that’s The Evil Within for you, and I find it amusing. The second boss is a minion of Stefano that’s essentially a walking camera, much like the type of enemies seen in The Evil Within‘s DLC chapters. This battle required me to stun the creature so that it could no longer pause the timer on the machine nearby that was designed to stabilize Union — the crumbling reality in which the game takes place. This fight felt a little more in line with the first game’s bosses, especially Laura and her relentless pursuit, but it still wasn’t all too difficult. 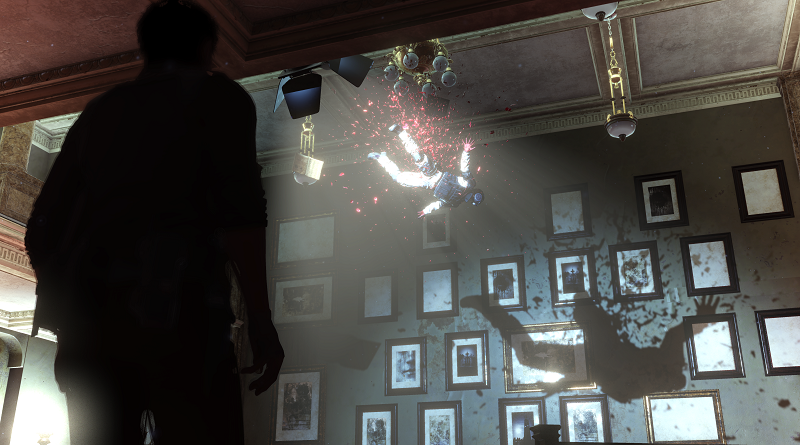 The Evil Within 2 shares a lot in common with the first game, from how it moves, sounds and plays, but a sense of change also permeates the game, and I’m curious to see whether that’s ultimately for the best. In my time with the demo, there wasn’t much for me to complain about. Aside from some occasional performance hitches and my still on-the-fence stance regarding the game’s less-gritty art direction, The Evil Within 2 appeals to my enjoyment of excess gross-out horror similarly to the first game. There’s no denying that The Evil Within 2 feels bigger and more adventurous — is that a good thing for a survival horror game, though? We’ll see.