Review: The Evil Within 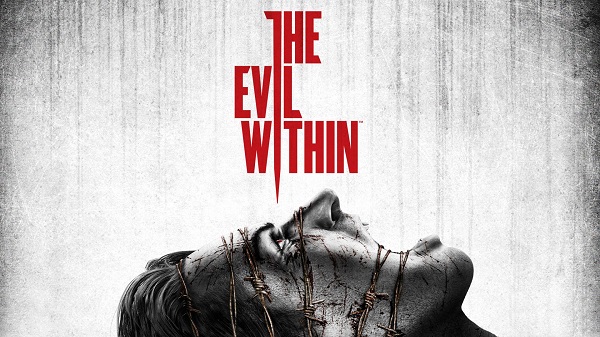 Bethesda announced The Evil Within, Resident Evil creator Shinji Mikami’s latest game, in April 2013 and with that came the promise that classic survival horror would be making a comeback. At the hands of the man that is considered the father of the genre, The Evil Within has been hailed by its creators to be the pure survival horror experience that fans of the genre have been craving. Time and circumstance has altered the definition of “survival horror” and as a result fans have been treated with games filled with more action than survival. It is this reason that The Evil Within was advertised in such a way. As a result of this self-promoted dichotomy encouraged by its creators, The Evil Within has and will fail to meet some expectations.

Due to Mikami’s pedigree, fans of the genre no doubt have high hopes for The Evil Within and everything it has to offer in the way of survival horror, but his latest game shares more with Resident Evil 4 than it does with the purely survival focused Resident Evil Remake. It’s worth stating this as early as possible in all conversations about the game as that fact is bound to deter those that were hoping for something more traditional.

With that said, those that go into The Evil Within with their expectations in check will be treated to one of the most intense, interesting, and entertaining horror titles to have been released in the last decade. 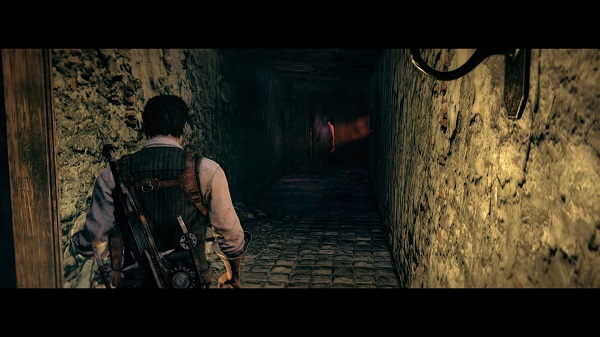 Instead of focusing on horror based on mutants from lab experiments or cultists infested with parasites, The Evil Within is a psychological horror romp that takes players into imaginative and abstract environments rooted in horrifying interpretations of reality. As Detective Sebastian Castellanos, players of The Evil Within start their adventure with a report of multiple homicides in Beacon Mental Hospital. Without so much as a slow build of exposition, players are very quickly thrust into a nightmare world of madness, death, and monstrosities.

Sebastian, along with his partners Joseph Oda and Julie Kidman, including Dr. Jimenez, a researcher at Beacon Mental Hospital, and his young patient Leslie, are the main cast in this horror adventure that has a far larger scope than expected. A hooded man named Ruvik, appropriately voiced by Watchmen and Nightmare on Elm Street star Jackie Earle Haley, is to blame for the destruction that ensues.

Initially, The Evil Within‘s frantic narrative put me off as its pacing felt too disjointed to really establish anything or acclimate players. Sebastian will be tossed (a lot of the time literally) from one environment to the next, mostly vastly different, as the world that he occupies does not adhere to the rules of reality. The game’s story at first feels rather throwaway, without much depth to it or solid characters, but overtime its camp charms reminiscent of games of the past begins to grow on you, and it becomes a story less about gluing set pieces together and something engaging enough to warrant intrigue and excitement. Some may not put so much weight into the storytelling of a game such as this, but its psychological horror premise may lead a few to disappointment.

Notes on Sebastian’s past and one character’s hidden motivation also hint at something that may be further expanded upon if The Evil Within becomes a series, or perhaps in the upcoming DLC. After completion of the main game, I’m looking forward to seeing how the story is expanded. 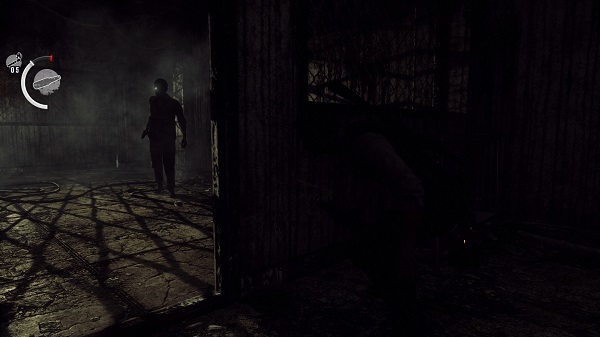 In what I’d describe as a mix between Resident Evil 4, Siren, and The Last of Us, The Evil Within dons a third person perspective with a focus on both stealth mechanics and resource management. At the start of the game, the use of stealth becomes emphasized as enemies are resilient to damage. Stealth kills can only be done when enemies are not facing Sebastian and will more often than not attract the attention of others when alerted. A careful and methodical approach is best taken to clear an area filled with enemies as Sebastian’s starting health and offensive capabilities leave much to be desired.

Throughout levels, jars of green goo can be found or collected from puddles made by fallen enemies. This goo is used as the game’s currency in a hub world that offers a reprieve from levels and offers the ability to save and level up stats like sprint duration, weapon damage, and inventory space. Sebastian’s arsenal includes a pistol, shotgun, sniper rifle, and a crossbow that has craft-able bolts made from parts found in the environment or recovered from dismantled traps.

Personally, I’m a tad disappointed that the game’s save system is done in such a way that takes away the threat of attack. After coming straight off of Alien: Isolation, which has a save system that requires a sense of agency, The Evil Within appears a little too lax in contrast.

Overall, the furor over The Evil Within‘s difficulty seems to be quite exaggerated as the game does a fine job at limiting available ammunition and health just enough to reward strategy and punish carelessness on Normal difficulty. Any less would be far too forgiving, especially considering the game’s gracious checkpoint system. If it were possible, I’d go so far as to suggest a higher difficulty for fans familiar to the survival horror genre as The Evil Within adopts just the right amount of elements that its gameplay on a higher difficulty will provide the additional challenge that typically comes with more traditional games within the genre. 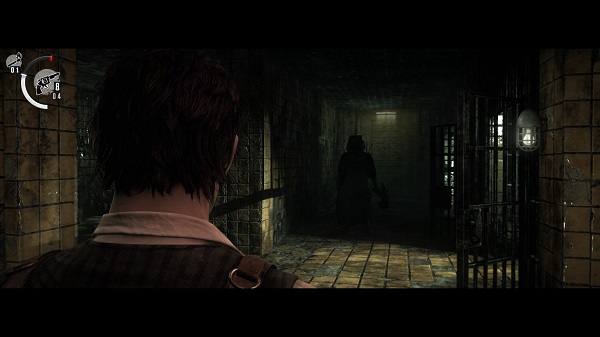 Speaking on the game sharing more in common with Resident Evil 4 than Resident Evil Remake, The Evil Within‘s lowest moments (and by low I mean most like the unappealing portions of Resident Evil 4 and even Resident Evil 5 to some extent), don’t come too often, but when they do they leave a sour taste in the mouth. In a stark contrast between the game’s slower-paced and small scale levels, these elements include things such as an armored enemy type with a machine gun, forgoing stealth entirely in favor of waves of enemies, or a even scene where Sebastian has to take cover from a truck-mounted turret. These inclusions seem questionable even when accepting that the game leans more toward action horror than survival horror. It’s as if they were added in a bizarre situation where the developers were unsure of how to make the next 5 minutes of gameplay more “exciting”.

But a few unappealing moments can’t detract from how exceptional The Evil Within is when it’s in its element. Sporting the best art direction I’ve seen in a horror game in a long time, environments in The Evil Within are staggering, supplying a diverse range of locales filled with an immense amount of detail. A lot of work went into shaping focal points for players, and it comes through in nearly every instance when players are introduced to a new area, making marvelous first impressions. Barring a few scattered low resolution textures, the aesthetics of The Evil Within, from its fine-tuned lighting system to its use of fog and particle effects, raise the bar and lead to some awe-inspiring moments.

The same praise can’t be brought to the game’s visuals in other regards, though. It’s clear that The Evil Within was developed with the last generation of consoles in mind, and a few elements suffer for it; some character and object models don’t match the level of detail found in the environment, which creates an odd disparity.

When The Evil Within decides to ramp things up, it oftentimes does it exceptionally well. Minus the few awkward design decisions I’ve mentioned, the more frantic moments of the game provide an excellent anxiety boost. Boss battles in The Evil Within happen so seamlessly, without telltale buildup and always surprise in the best ways possible. These creatures include their own special strategies that players have to discover on their own, using their wits (an upgraded running duration doesn’t hurt either) just like the olden days. While most enemy designs are fairly intriguing, the basic herd can be described as zombies with farming equipment stuck allover their bodies. Not very inspired, but made up for with well-paced encounters with the big baddies. 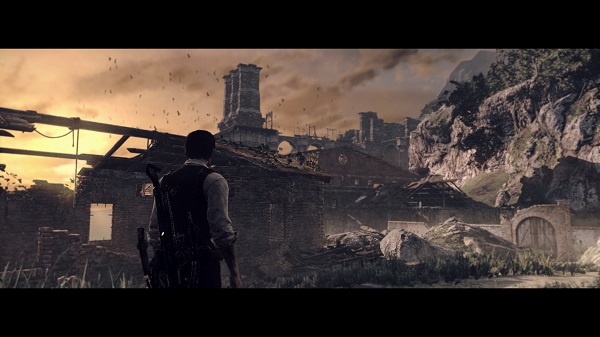 Having played the game on PC, I felt that it would be worth mentioning that while the concern over the game’s recommended requirements were just, the end result isn’t too bad – if you’re fine with a console quality experience and the bare minimum of PC-specific features, that is. The Evil Within on PC, like its console brethren, is locked to 30fps. Its recommended settings were overblown as I “maxed” out the game with a 3GB graphics card, when a 4GB card is allegedly required.

The port includes options for anti-aliasing, shadow quality, SSAO, and reflections, which isn’t much. Heavy texture pop-in is also apparent when playing the game, and the lack of optimization for 60fps and above is confusing. Hopefully this is something that’s tweaked in a post-release update, but I wouldn’t count on it.

I may be a bit more lenient on my PC port demands having been a console owner up until last year, but the limitations hold back the game on PC and that’s a shame. 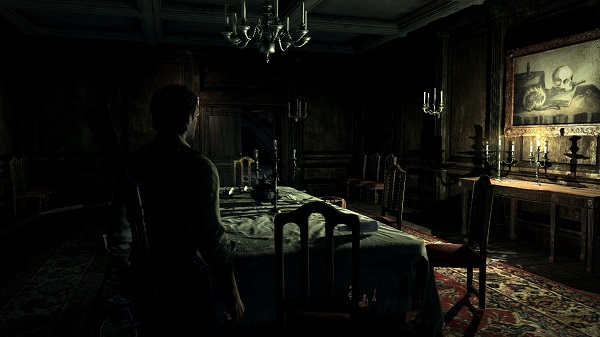 Frequently, The Evil Within feels like a spiritual successor to Resident Evil 4, both in its gameplay and its tone. Parallels are easily drawn between the two as the game seems to go out of its way to offer a similarity or shared idea, and one has to wonder if it’s a jab at the Resident Evil series or a nod to past work on the part of Shinji Mikami to fans. In many ways, The Evil Within is the Resident Evil game we should have received after its fourth numbered game, but it does enough to separate itself into something that can stand on its own legs and not those of the Resident Evil legacy. It is trope-laden, but it embraces a type of game that’s genuinely fun to play while giving some tried and true themes an appreciable twist.

The Evil Within is a game that’s not trying to reinvent the wheel. It doesn’t really bring back pure survival horror either, but what it does do is create an exceptional compromise much like Resident Evil 4 did in its day, with its own modernizations, polish, and sense of flair. The Evil Within is a gruesome treat for horror fans, and it surpassed my expectations.