After weeks of rumors and discussion, Ubisoft finally came out and confirmed that ZombiU was indeed dropping its exclusive status in order to release on other current-gen platforms. Now simply called Zombi in reference to the 1986 adventure game, the game is scheduled to be ported to PC, Xbox One, and Playstation 4. A sad day for Nintendo fans, or an important decision that could guarantee a better future for the IP? Can Ubisoft find a way to properly adapt the game’s unique mechanics to systems that don’t have the Wii U’s tablet controller?

Upon its release alongside Nintendo’s latest console, ZombiU enjoyed very little competition in terms of big-name titles. A New Super Mario Bros. game and Nintendoland were the few other names that pop out when looking at the list of 32 launch titles for the system, which mostly consisted of ports and indie titles. Set in a post-apocalyptic London, Ubisoft allowed itself to be inspired by independent developers and created an interesting zombie survival game that mixed in some roguelike elements. 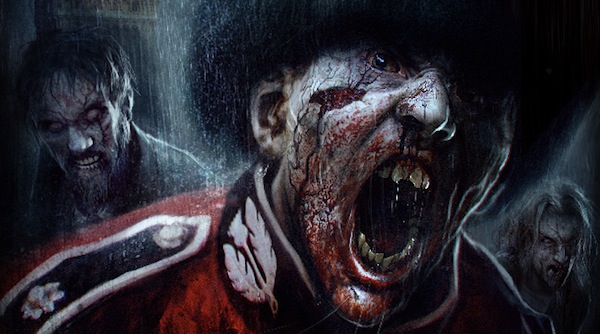 The player character was always randomly generated and each one had its own stats, but, if players died anywhere during the game (which was not a rare occurrence thanks to the difficulty you’d expect from a “true survival horror” game), it would create a new character instead of respawning the player as their old one. This meant having to trek back to where you died and fighting against a zombified version of yourself in order to get your equipment back, which was a pretty cool mechanic. When online, you could also run into zombies belonging to other players and kill them for some extra loot.

This was one of the many systems that made the game unique and it was received quite positively, standing at a 77/100 on Metacritic and earning an 8/10 in our own review of it. Even so, the title reportedly did not turn a profit and was the sole reason for why Ubisoft backtracked on their plan to keep Rayman Legends a Wii U exclusive. Many reasons can be attributed to this, such as the lackluster marketing campaign that saw Ubisoft promoting the game with a porn ad, the game looking like a generic first-person zombie shooter in a market saturated by those, and, most importantly, being a niche game on a system with few users. 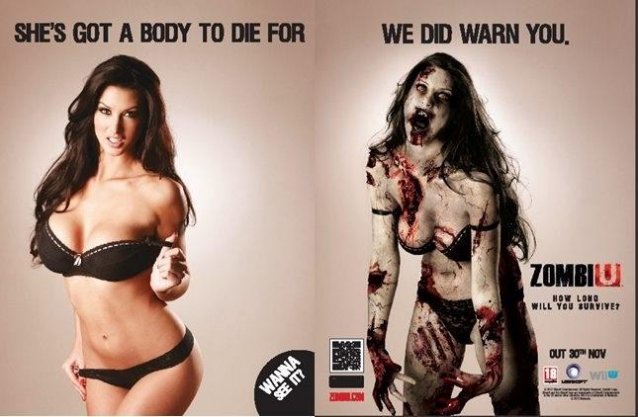 This is important because the decision to spread the game to other consoles suggests that Ubisoft considered this the most damning factor in ZombiU’s lackluster performance. This was to be expected, as the CEO of the French publisher publicly criticized Nintendo’s console before following original announcements of the poor sales.

To be entirely honest, I am rather torn about this subject. I have no quarrels with a once-exclusive game moving to other systems if that gives it some chance to be still be successful, so my arguments against the decision don’t come from fanboyism or anything. Instead, I am concerned that adapting the game for other systems will create an inferior product, since ZombiU had its gameplay heavily tied to the Wii U’s unique traits. Players used the tablet controller to perfectly simulate rummaging through backpacks, an effect that was heavily marketed in trailers and lend a lot of tension to the experience. Similarly, the gyroscope inside the tablet was used for sniping enemies or as a scanner, neither of which could be recreated in the same form without a tablet peripheral. 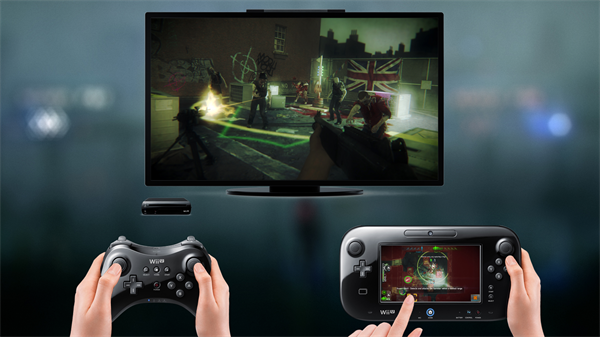 Most glaringly of all, the asymmetrical multiplayer will be removed entirely; a shame considering it was praiseworthy for managing to make real-time strategy elements work seamlessly on a console. The player using the tablet would use a menu and map to strategically place down various types of zombies for the second player to fight against on the big screen. This won’t be replaced by a retooled version or alternative; all multiplayer elements from the game will be removed. Considering it was the saving grace for an otherwise mundane story mode, this is a loss I don’t think Ubisoft can compensate for with just a graphical tweak.

And that’s the problem as a whole here: the more of the Wii U’s influence you remove, the more Zombi begins to look like every other zombie game out there. Ubisoft promises to improve upon the original, but a more polished, bog-standard game still brings us nowhere. While not as bad as a few years ago, the zombie survival sub-genre is still bursting with contenders; DayZ and its ilk created a new branch in the genre not too long ago and other survival horror games like Resident Evil, Dying Light, and Valve’s Left 4 Dead are still being actively played as well.

I would love to see franchises reach out and grow, but generally you plant a young flower in a garden, not in the middle of a crowded metropolis.