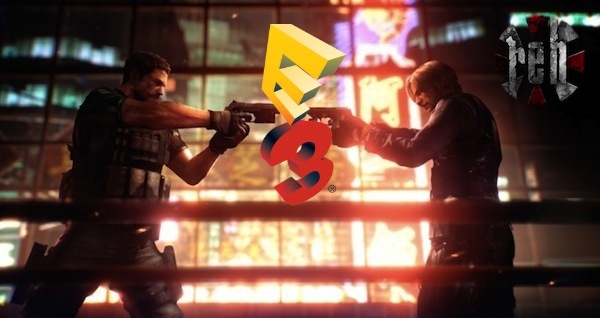 E3 commences this week, with Sony and Microsoft holding their press conferences a day before the show floor opens. We know Resident Evil 6 is going to have a huge presence at the show, and will be one of Capcom’s biggest titles there. But will that really be all for the series at this year’s E3?

While some may forget, or opt to just ignore it because they’ve already played the pair of titles on the Wii, Resident Evil: Chronicles HD Collection is also on the horizon, and coming out quite soon (June 26th). And, of course, Resident Evil 6 on October 2nd. But could there be more surprises for fans of the horror franchise? There could be, as you all may recall the rumors revolving around a 3DS bundle of Resident Evil goodness including two CG animated films, Degeneration and the upcoming Damnation, as well as a new game (serving as a prologue to RE6) starring Claire titled Downfall.

So as a calm-before-the-storm post, I’m going to speculate on what we could see at E3 from the series. Be sure to share your own wishlist of announcements you would love to see at the show in the comments section below! 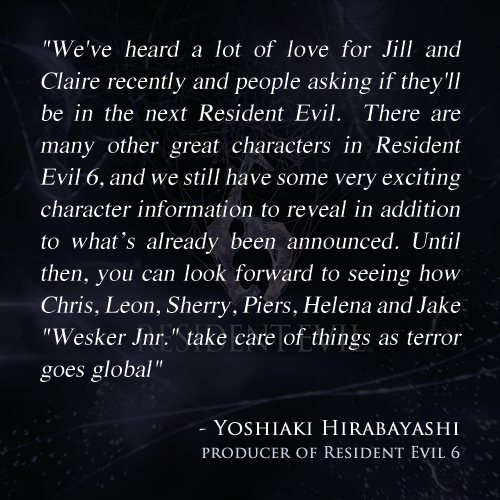 Here’s a given, there will definitely be a new trailer for Resident Evil 6 at E3 next week, most likely premiering at Sony or Microsoft’s press conference as early as Monday. Jake’s scenario is also set to have its distinct gameplay style revealed in all its brawler-ness. We’re also going to get updated looks at Chris and Leon’s scenarios, too. But what more can we expect?

I think the game’s new trailer will have a returning character from the series showing up at the end, to continue increasing excitement and making it even harder to endure the wait until its October 2nd launch. Jill? Claire? Why not both?! However, you all may remember the image above, which was a message by the game’s producer to fans concerning the pair of beloved RE heroines (posted on the series’ FB page). It wasn’t a complete denial of their inclusion in the game, nor was it a confirmation either, but it’s a nice tease, and I’m sure we’ll be getting a big reveal at E3 in terms of characters. My body is ready.

Lastly, I wouldn’t be surprised to see Nintendo reveal that the game will be landing on Wii U sometime after its original launch. Regardless, I think there may be more surprises for Nintendo fans that love Resident Evil, but we’ll get to that in a bit. 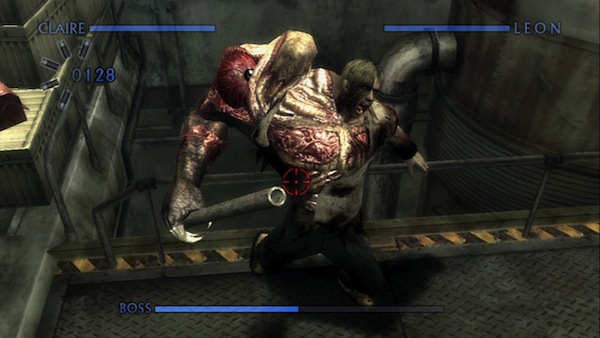 This one’s short and sweet. There’s not much else Capcom can do for this upcoming HD collection other than release a new trailer, showing off some more PlayStation Move compatibility. I’m excited for this release. I’m more than ready to revisit both former Wii exclusive rail-shooters, now in HD, and with trophies! Darkside Chronicles is my favorite out of the pair, thanks to its RE2 content and Operation Javier. So, yes, I will be downloading this. 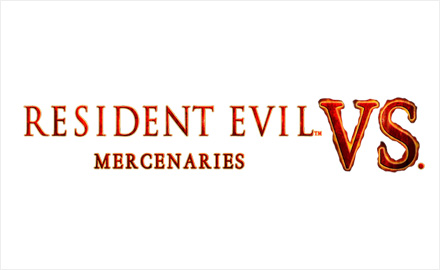 Perhaps you’re not too fond of Resident Evil Mercenaries VS., a game that (you guessed it!) brings the action of the series’ now-traditional Mercenaries mode to iOS devices. I bought it, and it was pretty fun. Nintendo 3DS got the better product when it came to portable Mercs’ fun with the release of Mercenaries 3D, but this iOS game was pretty decent. Now it’s getting an update from the mobile game powerhouse GREE.

Scheduled to go live sometime this summer, the new update will be available for some hands-on time at the show this week, and I’ll be sure to not ignore it amidst RE 6! Not that much information has been released but as it states on its official site, this will be the “Ultimate solution to RE Mercenaries VS.!Whole new graphics, gameplay, social element is strengthened more!!”

The return of Resident Evil Portable 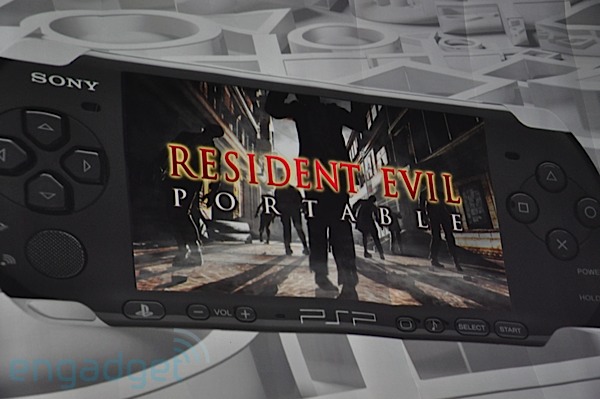 Well, would you look at that! Earlier today, our very own CJ reported about Resident Evil portable popping up in a listing on Play.com. Could the title have been resurrected, this time for the PlayStation Vita? We’ll have to wait and see. Sony’s conference is tomorrow, so we’ll get our answer soon enough, but this could actually be a thing.

Now let’s speculate. What type of game could this be? Back wen it was first revealed it was stated that it would greatly utilize the PSP’s network features, meaning it’ll have some sort of focus on online play. Portable Outbreak? I’ll gladly take that! It’s about time the Outbreak sub-series came back from the dead, and it would be quite nice to see it on the Vita and its beautiful OLED screen. Sure, most will prefer a console resurrection for Outbreak (with an HD collection compiling Files 1 and 2) but I think it would have a good home on the Vita. Again, we’ll have to wait and see if this is official or not. But I’m sure of one thing: this won’t be a port of Revelations.

Throw some D’s on that… 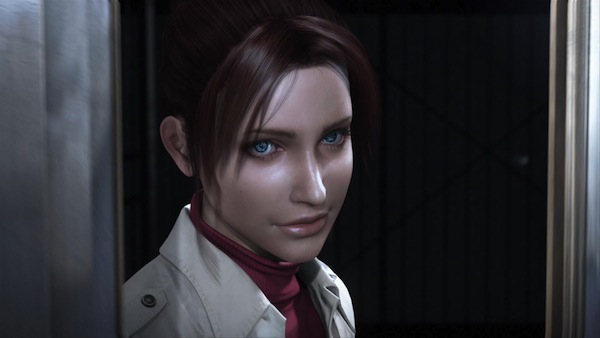 Not that long ago, a rumor started spreading about a potential compilation for the 3DS which would house two CG films, Resident Evil: Degeneration, and the upcoming Damnation, as well as a brand new game: Downfall. It was also reported that said game would star none other than Claire Redfield in a story that would serve as a precursor to the events in RE6.

I have a feeling this could end up being legit. All eyes will be on Nintendo’s conference this coming Tuesday to see if that’s the case. However, it’s about damn time Claire returns to star in her own game. And I’m more than happy about having more RE on the 3DS! Revelations was amazing (I gave it a perfect 10) and did a superb job in bringing back horror elements to the series. If Downfall continues that, then we’re surely in for one hell of a comeback for Ms. Redfield. 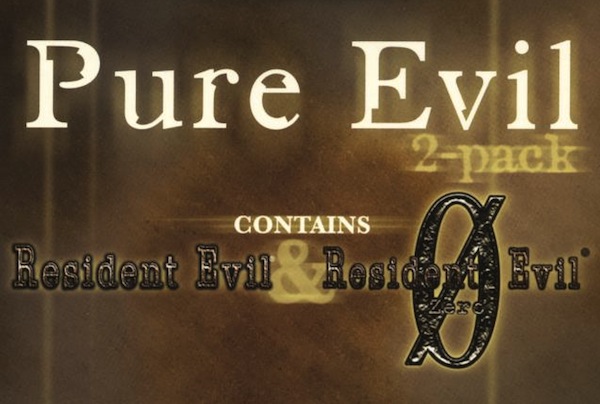 This would be one hell of an announcement. We all know how much Capcom loves their HD collections, so what if the next one to come from Resident Evil is a compilation of two games that have been heavily requested to make the jump to HD? Yup, I’m talking about Resident Evil Zero and REmake.

Nintendo exclusivity notwithstanding (as well as the whole deal with upping the resolution of pre-rendered backgrounds) it would be very awesome to see both games make the jump to the PlayStation 3 and 360. Or, hell, if Nintendo really wants these games to always be theirs, why not release this desired HD collection on Wii U?

I’ve been dying to play some REmake in HD! Personally, I would love to see it on Wii U, but that’s just the Nintendo lover within me talking.

A new game for Wii U?

Remember Bio Ops? It was a title that was rumored to be hitting the Wii U. It was also said to be an updated version of the series’ Mercenaries mode tailored for the new console. I’m not too sure if this is the real deal or not, but I’m quite confident the Wii U will be home to a brand new Resident Evil game at some point.

Capcom and Nintendo have a good relationship when it comes to Resident Evil and currently have a pair of amazing entries in the series that remain exclusive to Ninty platforms (REmake and Revelations). The Wii U could be home to another superb, more traditional in terms of horror, entry eventually.

With the system’s new controller, Capcom could give players a more engaging experience not possible on any other home console. Imagine item inventory being managed on the bottom screen ,with nothing on the actual TV screen but gameplay. Puzzles would also benefit from the Wii-pad, and it would give Capcom a good reason to inject a Wii U exclusive title with a stronger dose of that once recurring RE feature. I would prefer a Wii U entry to be an actual story-based game, as opposed to another Mercs’ title, but Bio Ops could be (if real) Capcom’s way of testing the waters on Ninty’s new console.

It’s going to be a great E3 for Resident Evil fans. We’re going to get an updated look at Resident Evil 6 and maybe even some surprises. What would you like to see announced? Also, like any other RE fan, I would kill to see a Resident Evil 2 remake, but I’m not expecting that to be revealed at this year’s show. Will it ever happen?