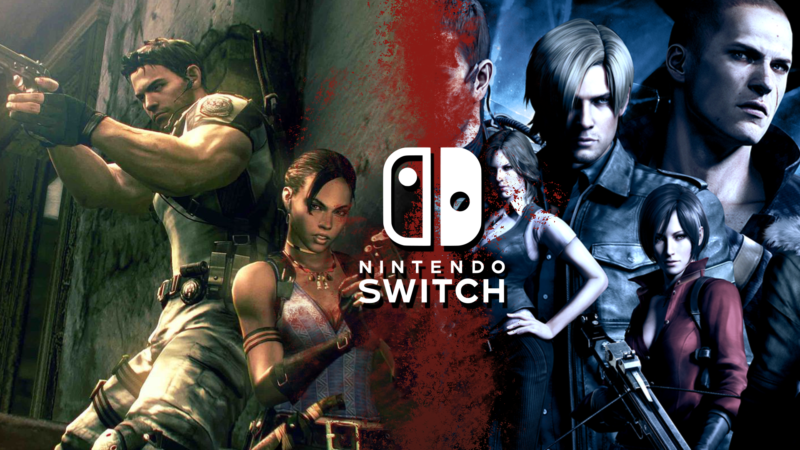 It’s that time of the year again, folks. What time is that? Time for another batch of Resident Evil ports of course! 2009’s Resident Evil 5 and 2012’s Resident Evil 6 are now available on Nintendo Switch, where they’ll be joining several previous numbered entries and both Revelations titles. We previously had some troubling experiences with Resident Evil 0, REmake, and 4 due to some technical difficulties with those ports, so my fingers were crossed from the moment these were announced. How do they stack up to their beefier console counterparts?

NOTE: These are not reviews of the games as a whole, but the specifics of these two ports. For my thoughts on RE5 and RE6, you can read my reviews regarding their previous releases here and here. 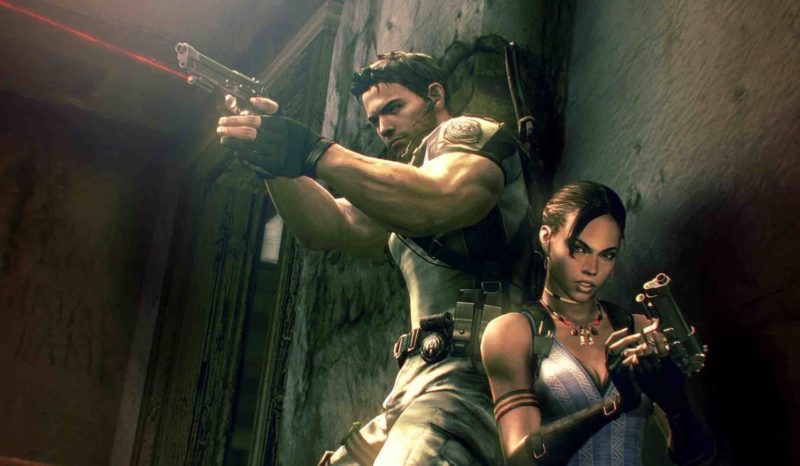 Of the pair, this is my personal favorite and the one I have the most experience with. By and large, it’s just Resident Evil 5 exactly how you remember it. This is based on the 2016 Xbox One/PlayStation 4 versions, this includes all of the previously released DLC and the merged Mercenaries United minigame unlocked from the start. This does come with the drawback that it still includes one of that version’s most notorious bugs, which causes the knife to be unable to pass through multiple objects at once (when two barrels are lined up, the knife will only destroy one of them, etc). As far as running on Switch hardware, it’s clear that the system still isn’t quite up for a steady 60fps, even if it really wants to — at least in handheld mode.

While I didn’t have any real issues in docked mode, handheld mode had a handful of small hiccups. Cutscenes and menus all run buttery-smooth, but actual gameplay bounces up and down depending on how much is going on. Never lower than about 50 fps I’d say, which is absolutely better than being locked at 30 fps like the original 360 and PS3 versions, but it still might end up looking a bit jagged to some players. While textures all look exactly the same, I did notice quite a bit more pop-in than there is in other versions, largely with elements farther away in the distance. Distant buildings, water towers, elements that we aren’t really meant to focus on will blip in and out of existence as you get closer to them. This is most likely a cost-saving measure to try and keep the game running as smoothly as possible, but it’s still weird to see a corner being cut on a game that just celebrated its tenth anniversary. That said, faster MicroSD cards may increase performance, so try to go for the nicest one you can find.

The real surprise here is the inclusion of full motion-control support, using the Switch’s built-in gyro features. After fans were disappointed that RE4 failed to include them, Capcom went the extra mile and built them in here. This isn’t RE5‘s first tour with motion controls, as the 2010 PlayStation 3 version of RE5: Gold Edition included support for the PlayStation Move peripheral. They function fantastically, and it feels good to be playing a game like this again. Motion control shooters are almost entirely a thing of the past, and I’ve always found them to be incredibly addicting. RE5‘s take especially soars when playing The Mercenaries, where the additional reflex speed can turn it into a wild and fast-paced ride. The only drawback is the lack of a target-reticle when using this feature. The laser-sight can be difficult to see, especially as the need for accuracy is increased thanks to the sped-up nature of aiming.

On top of the motion-controlled aiming, RE5 also has a suite of other gyro-activated elements — reloading, swinging the knife, and getting out of the grasp of an enemy. Shaking the left joy-con to get an attacking Majini off you works great, but I have to admit that the knife motion is a bit hit or miss. It is worth noting that the gyro controls here do not function like RE4‘s Wii remote did, which could require some hard swings to get it to register; the Switch controllers actually require the exact opposite. From my experience, lightly swiping left or right with the right joy-con registered more consistently for swinging the knife than sharp, fast motions.

Overall, it’s a pretty solid port, and aside from the hiccuping framerate, it’s a great get — especially for the motion controls and portable mode. The added bonus of another few months of the online modes like Mercenaries and Versus being alive again (as they are very, very dead on other platforms) is nice too. 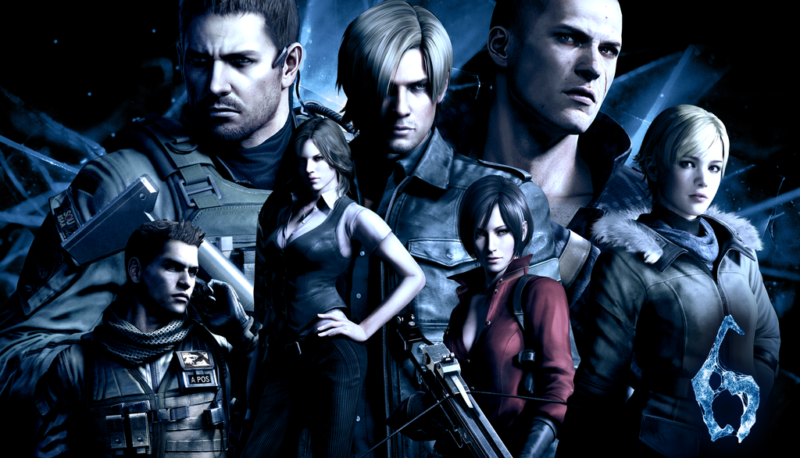 Right off the bat, I was surprised to see that RE5‘s framerate hiccups seem to be mostly curtailed here. There is still an occasional bump one way or the other but overall the experience seemed a lot smoother. I also didn’t encounter any of the pop-in/pop-out that RE5 suffered from, which is nice as well. As a whole, I’m fairly impressed by RE6‘s transition on a technical level, especially as games a decade older than it had so much trouble.

RE6 does, however, suffer due to a limitation of the Switch’s hardware. The small, cramped feeling of the Nintendo Switch’s joy-con controllers are difficult to deal with when playing a game that requires a lot of reflex-based prompts and button mashing. This is Resident Evil 6, and as such, I often found myself having difficulty hammering the buttons or wiggling the sticks due to the smaller area available to me. While RE4/5 have QTEs as well, neither of them are quite on the same level as RE6‘s famously over-the-top button mashing. This issue obviously does not rest on Capcom’s shoulders, as I would recommend perhaps the Switch pro controller or one of the other more traditional gamepads available if you plan on picking this up. Of course, the shame in that case would be the loss of the joy-con enabled motion controls, which — just like Resident Evil 5 — make a huge amount of difference to the experience.

RE6 has always been a game designed around reflexes and speed, with one of the most robust control schemes the series has ever offered. Adding motion controls into the mix, for the first time no less, invigorates gameplay to new heights as we now have complete control over our character without the need for taking our thumb off the input buttons to aim our weapon. The control functions identically to RE5‘s, albeit with the added bonus of RE6 already having a reticle by default (a laser style aim is available, of course). Again, I highly recommend this with the Mercenaries and other non-campaign modes.

The motion aiming is also joined by the same melee and reloading movements that RE5 gained, and I’d argue they’re even better here. RE5‘s knife rarely provides much in the way of strategic usage in combat, but RE6‘s entire design is built around melee combat. Lightly swinging the joy-con left or right when near a melee-able object or enemy launches your hero of choice into the appropriate action, and it’s pretty satisfying to use. You can still use the button of course, but I generally found it just a whole lot more fun to go all-in on the motion controls.

Just like RE5, this is a solid port that will make any new or returning fan happy. Managing to sidestep some of RE5‘s technical problems and the addition of motion controls might even put this port over the top if you already like RE6. The inclusion of being able to use alt-costumes for the campaign for the first time is great as well, as mind-boggling as it is to realize no other version has included this before.

Bottom line: If you’re a returning veteran, you’ll be satisfied here. Some minor kinks with RE5 and the issue with the Switch being designed for tiny baby hands aside, these are both solid ports and I’m happy to finally have them on the go. Newcomers and die-hard Nintendo fans will also be happy to finally have the two best-selling Resident Evil titles on their system as well.