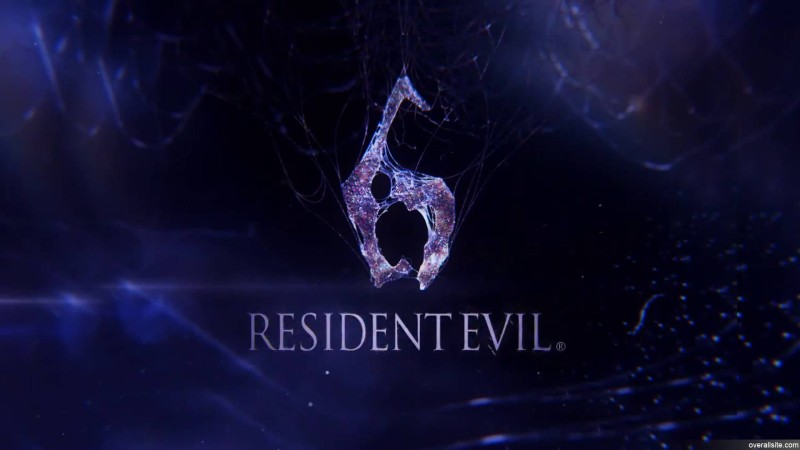 (Update): It’s come to our attention that these releases of Resident Evil 4, 5, and 6, were never intended to be seen as remasters. They are simply ports, running at the maximum quality possible for their original releases. My review was written thinking that this was indeed supposed to be remastered to some degree, and my review score reflected that. The following review is an evaluation of Resident Evil 6 as a current-gen port. For our full review of the game itself, please read our original review.

Despite it seeming as though Resident Evil 6 released only yesterday, it’s easy to forget that it has actually been nearly four years since it hit store shelves in October of 2012. Originally released to rather mixed reviews but massive sales, some of the highest in the entire series actually, the series’ latest numbered installment has been resurrected for the new generation of gaming consoles as part of Capcom’s latest streak of remastering older titles, which began with 2015’s Resident Evil REmastered.

While my opinion on the original release was pretty jumbled, some might argue much like the game itself, it’s time to go in again with fresh eyes, and see how a newly remastered version of the experience holds up. To start with, I’m going to talk about what we’re all here for. The remastering for Xbox One and PS4. If you’ve never played RE6, or just want a refresher, I’ll talk about the full game and it’s story a little later on. 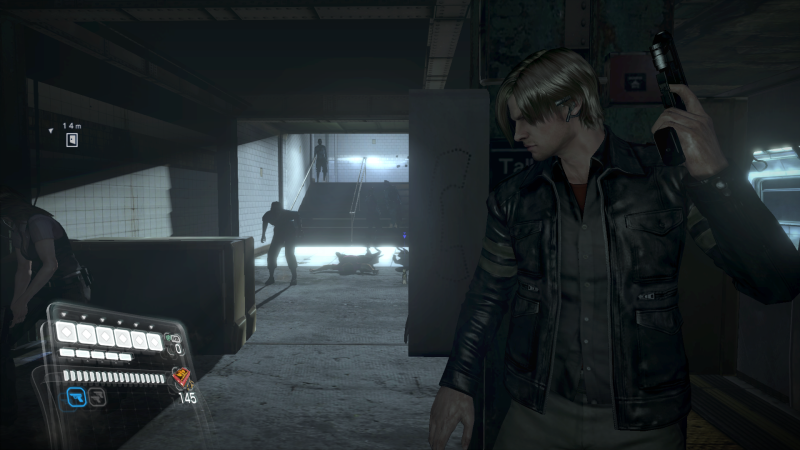 If you’re looking for the best possible way to experience Resident Evil 6 on console, this is it. Locked at a beautiful 60fps and 1080p, Resident Evil 6 has never looked better. Sadly, this really isn’t saying all that much. Resident Evil 6 was never an especially amazing looking game, with muddy textures and flat environments, RE6 was easily the worst looking numbered title in the series to date, counting age of the other titles and things like that. The character models themselves actually look surprisingly great on Xbox One and PS4, with a whole new level of detail visible in the character’s skin and clothing, you can now easily see texturing on Leon’s blue shirt and the gritty pallor to an infected’s skin. Unfortunately, this compounds the issue with the game’s ugly environments, which seem to have had almost nothing at all done to them, and look noticeably worse compared to the sharper character models. RE6‘s cinematic direction oddly focused in on a lot of close-up shots of things that just don’t look that great. In the first hour or so of Leon’s campaign, there’s a section where Leon has to search a police car for keys and then drive a short distance, which has the camera sat in the back seat of the automobile. Again, Leon and Helena look great, clothing with a realistic pebbling to their textures and hair shining in the light– but the car’s interior looks almost as if it’s from an entirely different console generation, with the steering wheel looking almost like a cardboard cut out, and the door has an ugly dark pixelation around its edges.

But on the other end of that, some elements of the environment, specifically doors and some detailing, seem to have had a bump up visually. Not as much as the characters themselves, but again, it looks bizarre and jarring next to the indescribable low resolution walls on either side of said door. It kept drawing my attention away from the experience, and it has me a little worried about the forthcoming “HDing” of Resident Evil 4 and 5, which are both older and could potentially suffer even more from this kind of picking and choosing what gets upgraded and what gets left behind. I don’t expect the games to get the kind of total overhaul that the recent (and amazing) Resident Evil 0 HD got earlier this year, but having these super sharp looking characters and other elements in amongst the lower resolution textures is just way too much. It really highlights just how bad the game looked to begin with, even more-so now. 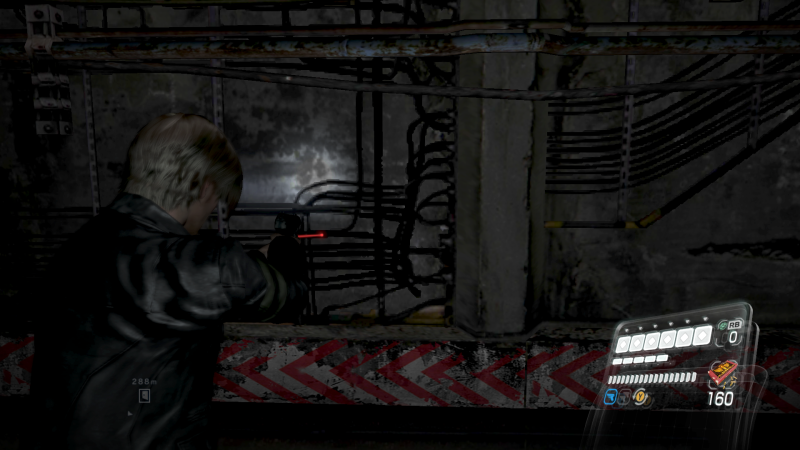 In terms of content, RE6 includes everything that was made available over the course of the game’s original lifespan, from the DLC modes like Predator, Survivor and Onslaught, as well as all of the additions made through patching the game, like Ada’s campaign being co-op and unlocked from the start, and the camera position customizer. The exclusive RE.net PS1 style character costumes are also now available without any extra hassle (save for earning them through regular play of The Mercenaries and other modes), which is very cool. They’re honestly one of my favorite things about the game, and I never managed to unlock them in my original copy of RE6 on Xbox 360.

If you’re looking to earn new achievements and trophies in RE6, get ready for some dejavu, as the list is identical to the original game, which is a huge shame, especially since that means there still isn’t any real reward for beating the game on it’s hard-core, No Hope difficulty level (which was patched in a few weeks after the original release). There are a number of cool images Xbox One users can use as backgrounds for their dashboard at least, neat little mash-ups of the main characters standing and looking grim, or fighting of packs of J’avo. PS4 users get the same Trophy icons from before. This isn’t a huge surprise I guess, although it makes me a little worried for this fall’s port of Resident Evil 4, since the previous PS3/Xbox 360 release had terrible achievements/trophies, only 12 of them and almost all of them were for just beating the game and an easter egg. As someone who prides themselves on how thoroughly I’ve kicked RE4‘s ass, it sucks to still not have anything available for bragging rights. Hopefully the port of that will have a revamped list. 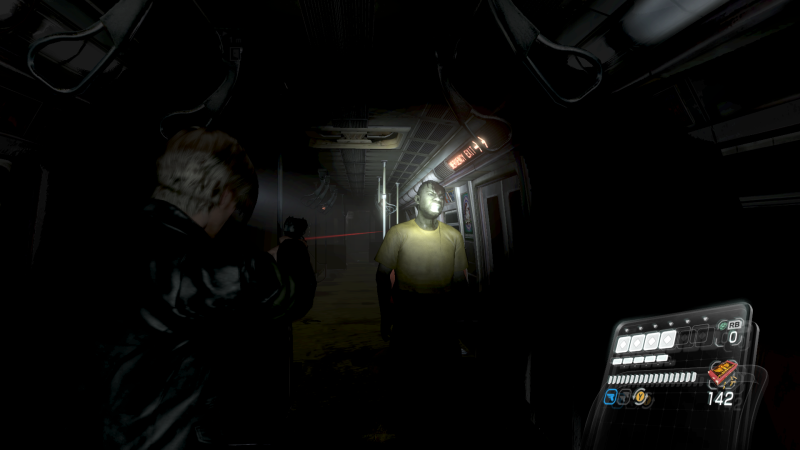 If you aren’t familiar with Resident Evil 6‘s story, you’re in for a tangled web that’s going to take a little while to explain here. Taking place around four years after the Kijuju, Africa epidemic of Resident Evil 5, the world has become a breeding ground for bio-terror, and a full-blown military conflict has spread across the globe. Terrorists the world over in countries such as the Eastern Slav Republic, Edonia, and even stateside in Harvardville, U.S.A. have resorted to bio-organic-weapons to fight their battles, which has brought in the full might of the Bio-Terrorism Security Assessment Alliance, or B.S.A.A. for short. Evil has gone global, and it is showing no signs of stopping. Being one of the longest, and most complex experiences in the Resident Evil franchise, the story was broken up into four parts- each being helmed by a Resident Evil alumni and joined by an entirely new cooperative partner.

I’ve played through RE6 several times now, and to be perfectly honest I still can’t really figure out what all happened in it. The control is designed to support 4 very distinct styles of gameplay, and while it works pretty o-k in Chris and Sherry’s campaigns, it is absolutely worthless in Leon and Ada’s campaigns. It is the very first time a numbered RE game offered the ability to “move and shoot”, something the mainstream RE fanbase has been clamoring for for years, but the game overdoes it to the point where I almost feel as if we’re being mocked. The entire game is built around sliding, taking cover, rolling, melee combat, QTEs, and sprinting into action, and it feels very loose and hard to really get a grip on, and all of that is without even mentioning the fact that it’s still, you know, an RE game so third-person-shooting is also a primary action in amongst all of that.

It is a game that tried to do everything, but focused on nothing. I can commend a lot of the ideas that Resident Evil 6 had, and perhaps they would have worked individually in their own games, but as a complete package trying to mix each, it’s clear that it was trying to please everyone and failed at pleasing almost anyone. It’s a tremendous shame, because their are a lot of things I really do like about Resident Evil 6. Jake and Sherry are one of the closest things the series has ever had to a believable, budding romance, and I love the anime style that their story plays out in. I would love to see a game focused entirley on just them. I loved the military, hard-choices and even harder sacrifices style of Chris and Piers, two characters who share some of the most powerful and emotional moments in the entire series. I would have been fine if Resident Evil 6 had expanded their section and just focused on their dynamic in a horror-filled, mutated combat environment. See what I’m getting at? Each piece of Resident Evil 6 would have made something really great, on their own. But as the bloated, messy, 28 hours of campaigns ends up feeling like some sort of system overload by only the halfway point. It may be one of the only times I’ll ever wish a game was shorter, but I really do wish RE6 was shorter, more focused, and with a tighter overall story. The character development and some of the set design really gives me hopes for RE7, whatever that will be. There are things worth enjoying in RE6, but you have to get past a lot in order to find them. 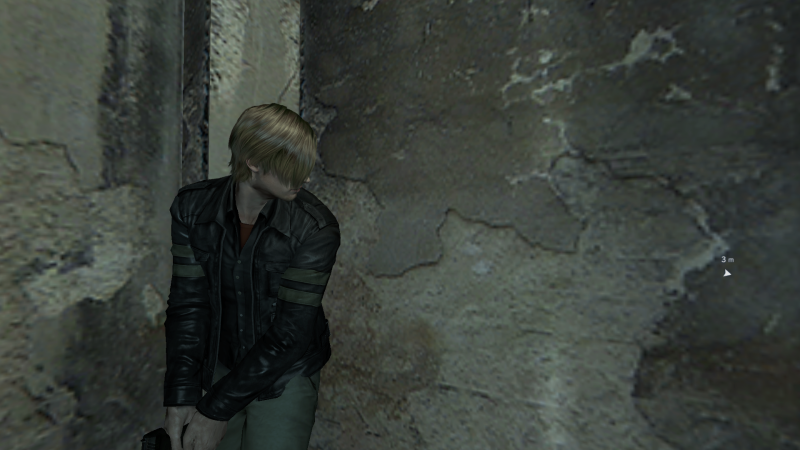 Overall, this “remaster” is more port than anything else, and while the 60fps visuals are awesome and a welcome treat that I honestly wasn’t expecting, RE6 is still RE6, and still pretty damn ugly to boot. I will stand by the fact that these versions really are the best versions available on console, but they pale in comparison to the PC version from four years ago, which also included full mod support and Left 4 Dead 2 characters and monsters. The best part of this package is it’s price tag, 20$ is more than worth it if you haven’t gotten to try this one yet, or if you want to go back to a title you no longer own- but honestly, if you have RE6 on PS3 or Xbox 360, there really isn’t any reason to get this version save for maybe getting the chance to play the online for a bit again, since the last-gen multiplayer is essentially dead save for a few games full of people just rolling around on the floor and looking at Sherry’s school girl outfit crawl under things over and over again.

Hold onto your cash if you don’t fit into those categories, there’s better RE stuff coming in the future, or even available right now on both Xbox One and PS4.