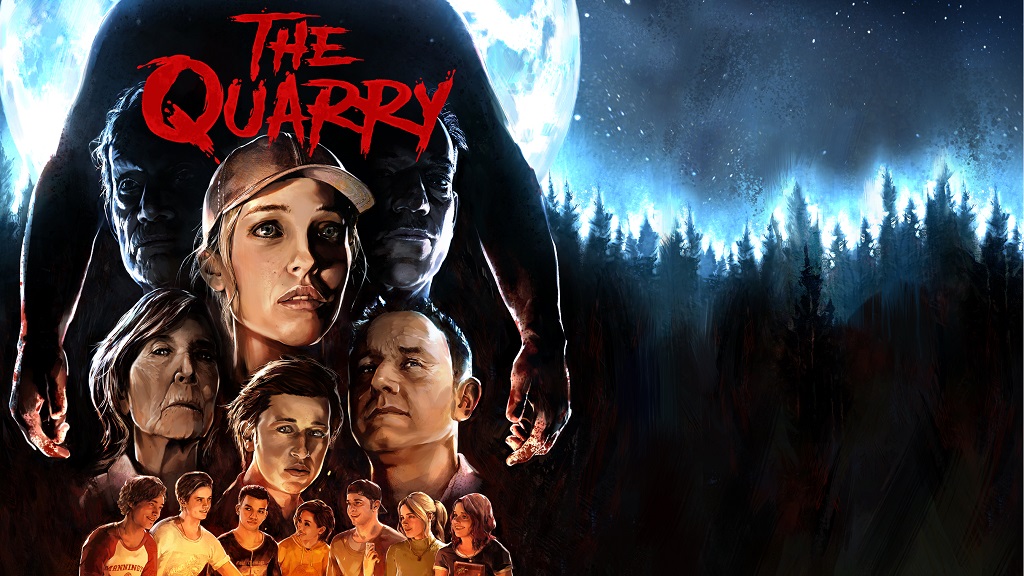 When Supermassive games released their debut game, Until Dawn, in 2014, it set a new precedent for narrative horror adventure games, with the highest production values and fidelity of any game of its type at the time. Afterward, they branched out to a few other styles on the side, but also continued their narrative horror games with the Dark Pictures Anthology series, which has so far consisted of Man of Medan, Little Hope, and House of Ashes.

When they announced The Quarry earlier this year, all signs pointed to it being the closest spiritual successor to Until Dawn in their catalog since it was released, featuring more straightforward horror themes, and 1980s slasher movie vibes than what the Dark Pictures series went for. The Quarry boasted a robust cast with a strong pedigree of classic horror film actors and actresses, even higher production values than ever before, and promised to be closer in length and complexity to Until Dawn.

Now that the game is out, we can see if it lives up to its history and promise. 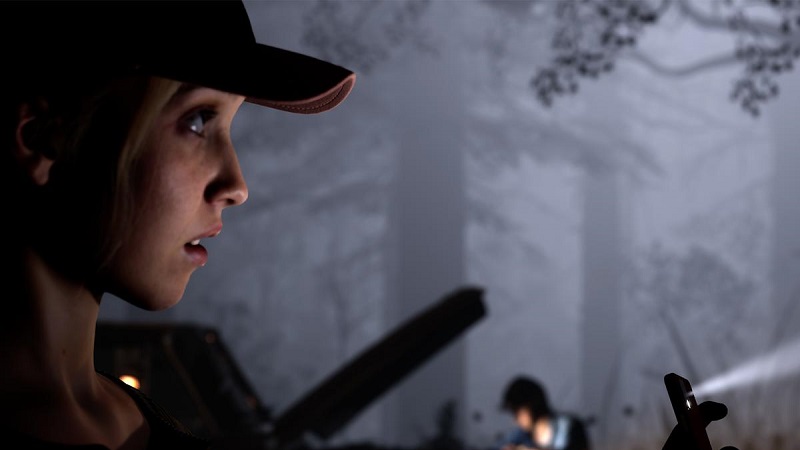 Right from the start, the 1980s horror vibe is in full gear, with the intro and title screens, featuring heavy synthwave-style music and VHS/analog visuals, setting the tone for what’s to come. While this does set the general tone, the game thankfully doesn’t rely on or lean too heavily on these popular 80s “revival” aesthetics. Instead, it chooses to stick closer to what Until Dawn and the Dark Pictures games accomplished, setting its own tone that stays close to a high-budget horror film production.

Despite the 1980s horror aesthetic that the game features around its edges, the story is still set in modern times, but establishes a situation where cell phones and modern conveniences are not available to the main protagonists, which is a common narrative tactic in modern horror stories. While there are a few direct references to 1980s horror films in the dialogue, and the setup for the story is about camp counselors at a summer camp, (a la Friday the 13th, The Burning, Sleepaway Camp, etc.) it doesn’t just simply reference old things for the sake of recognition, but uses them as inspiration to create something new and fresh.

If you’ve played any of their previous horror adventure titles, you’ll have a pretty good idea of what to expect from The Quarry’s gameplay, with the typical light exploration, quick time events, and lots of decision-making.  Thankfully, the gameplay features a lot of quality-of-life updates and tweaks to what their previous games had to offer, making for a more customizable experience than what was previously available before. Many options for visuals, accessibility, and difficulty make it easier for anyone to jump into the game. This plays a big part, since The Quarry also features a full 8-player couch co-op mode, as well as 8-player online multiplayer, encouraging everyone to jump in with their friends to enjoy the experience together.

There are small new gameplay elements added to the mix, since a few characters do end up with weapons or attacks of various kinds, so you’ll have sequences where you have to engage in real-time combat in a way that’s more active and immersive than in previous Supermassive games. However, this is pretty infrequent and definitely not a traditional combat engine by any means. 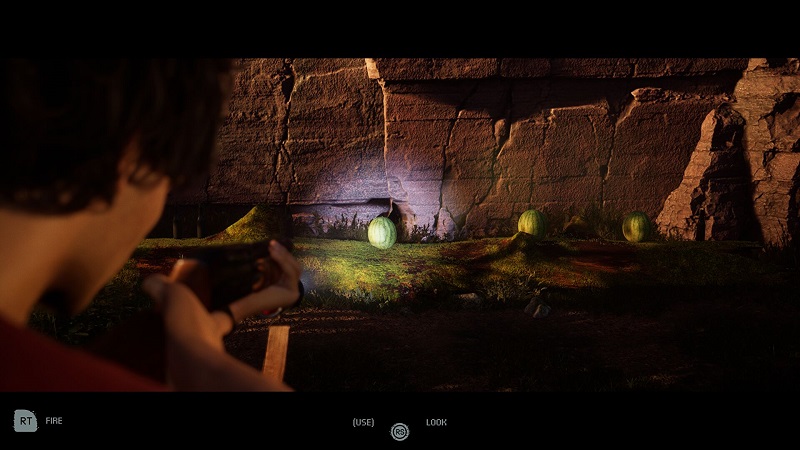 The story features most of the trademark notes from the previous Supermassive games, with a satisfying mix of different horror themes that are approached in their own way, and avoid things getting too predictable, which really works in the game’s favor. Players are left guessing until the very end and are given tons of optional items to track down to earn additional backstory and details that you’d otherwise overlook if just rushing from story progression to story progression.

The character writing and acting are absolutely top-notch, with incredible facial capture and voice performances from everyone involved, making for an even more cinematic and immersive experience than what’s previously been possible.

Every character has a personality of their own, and most of them also have complex and emotional story arcs that set them apart from each other. Nearly every one of them feels like they’re worth saving, which is something that’s not always accomplished in similar narrative games. 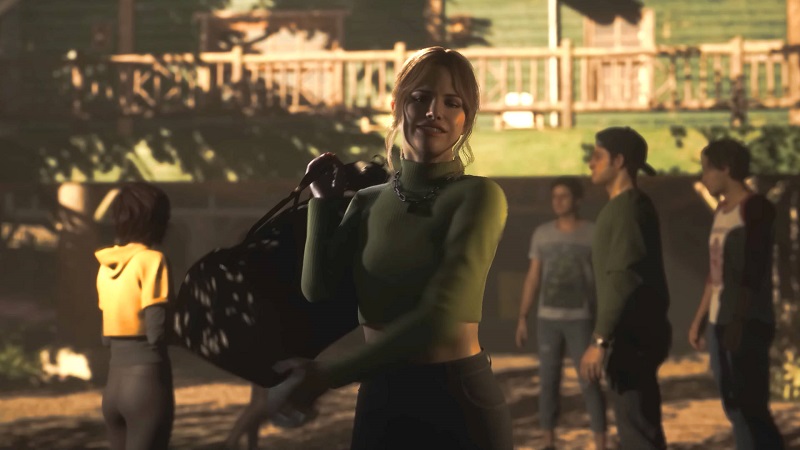 The story also manages its themes and tone very well, which Supermassive’s games have typically been able to do. Nothing is too heavily leaned into, and many horror tropes are cleverly subverted or avoided overall, which lends a lot to its enjoyability for horror veterans. It also manages to keep the story fairly grounded in reality, featuring many plausible and realistic explanations for most things that seem supernatural or extraordinary at first. In general, it’s another big testament to the writing and world-building.

One of the biggest downfalls of the story is that the ending feels a little bit rushed, and is missing the frequently-featured Supermassive credits sequence with all of the characters talking to the authorities after the events of the game, and wrapping up a lot of details. Instead, it features a very poorly produced and irritating podcast sequence where two annoying characters review the contents of the secret “evidence” items you picked up during the story in audio-only format.

This just results in about 30-45 minutes of boredom as you watch the unskippable credits and wait to hear the contents of all of the mysterious evidence items you collected, all the while being accosted by two lame podcasters arguing about their pets and all kinds of other nonsense that doesn’t have anything to do with the game. It left a sour taste in my mouth after what a great time I’d had with the game as a whole.

The narrative with all similar games has a certain thing that wasn’t quite perfect or could’ve been done better, and The Quarry will surely have some of those elements for most players who give it a chance (there’s no such thing as a perfect game). However, once you temper your expectations and take the experience as it is, the narrative still stands above its predecessors, even if only by a little bit. 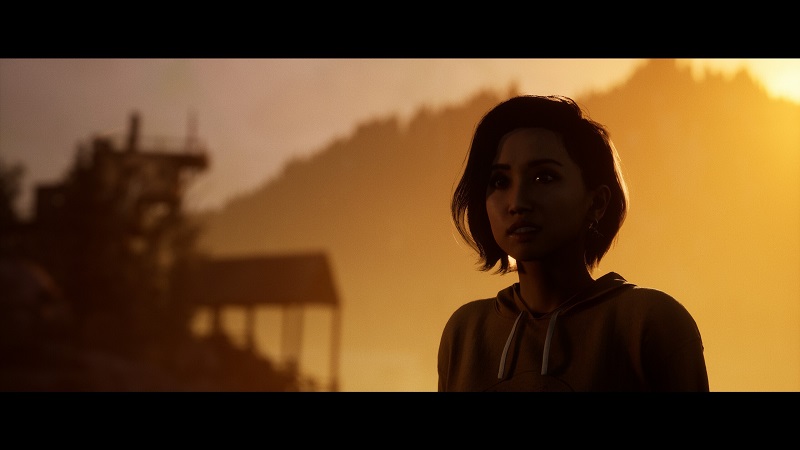 As for the production values, The Quarry once again sets some new standards for visual fidelity, atmosphere, and audio production, just as most of Supermassive’s games have at the time of their release, as long as you’re playing on one of the newest consoles or a high-powered PC. Facial capture, texturing, animation, lighting, and environmental modeling are like nothing that’s been produced in the industry so far. House of Ashes was previously the most impressive thing I’d seen in this style, but The Quarry surpasses what House of Ashes was able to accomplish on this front.

The performance was at a solid 60fps throughout on the Xbox Series X, with similar reports about the PS5 and PC versions, given that your PC is powerful enough. Controls were always responsive and had no major hiccups overall, making for a seamless and enjoyable experience, even with all the controller-passing between friends of varying skill levels during couch co-op mode.

As far as content, The Quarry doesn’t have a whole lot to offer besides the usual repeat plays to see different story outcomes or unlock extra background info, but doesn’t really have any extra modes beyond the story. The couch-co-op and robust online multiplayer modes do add a lot to the experience if you’ve got friends to play with, but the experience isn’t as unique from the main game as the online mode from the Dark Pictures games was, where the story progression was greatly changed in the online play mode, and they used the online aspect as a way to leverage more fear and confusion into the players as they tried to work together.

It would’ve been nice if they also included the feature that was recently implemented for House of Ashes, where the game clearly notifies you when you’re about to interact with something that will progress the story, which gives you an opportunity to do any additional searching for items before moving forward. It’s a bit of a wonder how a game that was released almost a year before The Quarry by the same developer would be missing such a feature, but it might also be patched in later. 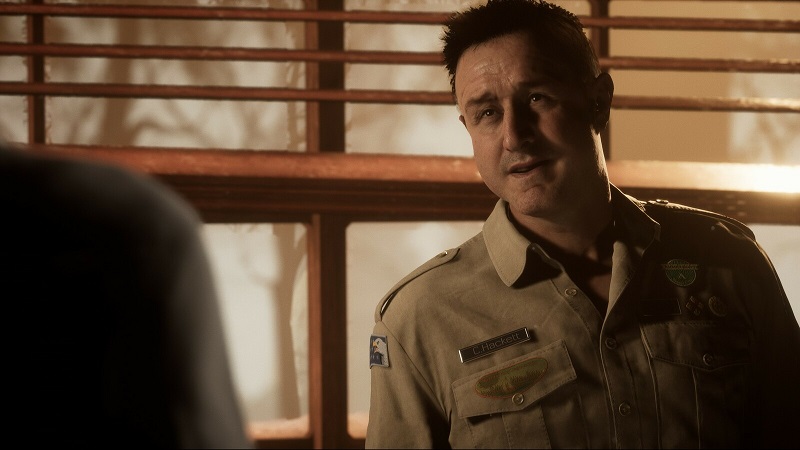 The length of the story is also quite long compared to the Dark Pictures games or even Until Dawn, with an average story playthrough being around 9-10 hours, depending on how much time you spend exploring. This makes for technically more content than its predecessors, but the relatively short length of the other games also had its own charm, by feeling more like a 3-4 hour movie, making them more digestible and easy to play through in one sitting, whereas The Quarry will likely require multiple sessions from most players to complete.

At the end of the day, there’s very little to complain about with The Quarry, even if there’s just a small tinge of been-there-done-that at the same time if you’ve played all the other recent Supermassive narrative games. If you’re really into narrative cinematic horror games, this is one of the best in its class, but it won’t be for everyone. 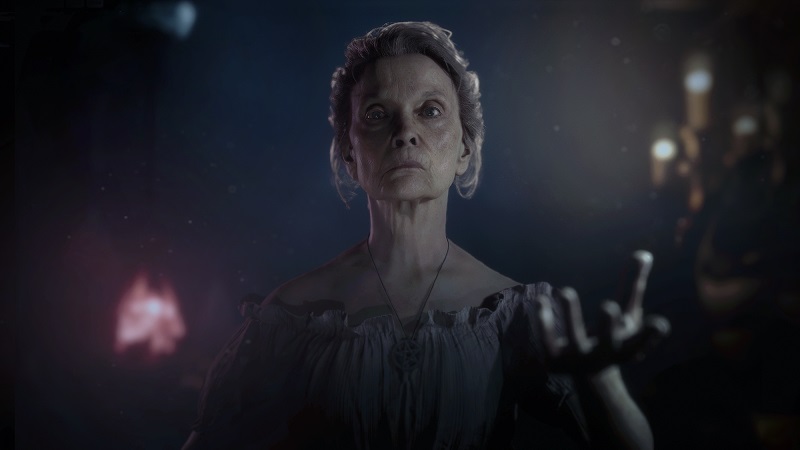 Some of the other caveats here are the price, since, unlike the recent Dark Pictures games, which were $30, The Quarry is a full $60-$70 game, depending on which platform you buy it on. Despite The Quarry’s running time being longer than other similar games, it’s still a hefty price for a video game, and the fact that the Xbox One and PS4 versions do not contain free upgrades to the Xbox Series and PS5 feels a little more of a stab in the back, especially at this price.

The fact that the online play doesn’t have cross-play and is restricted to each platform makes the value drop a bit as well, since getting eight of your friends together on one single platform seems a nearly impossible task when everyone has to be locked to the exact same console. This may change in the future, but it’s a bit of an oversight that drags the value down just a little bit.

For the package you get, it’s a great game that stands above its peers in most ways and will be worth the money for those who enjoy this type of game. But there are a few strange caveats in its execution that may discourage some people out there from taking the plunge.

The Quarry is easily recommended for fans of narrative horror in general, but it doesn’t reinvent the wheel or make any massive strides forward for the genre overall. Definitely pick this up if you’re interested in one of the most polished narrative horror experiences ever created and what feels like a very adequate successor to Until Dawn.

A review code for Xbox Series X was provided by the publisher.