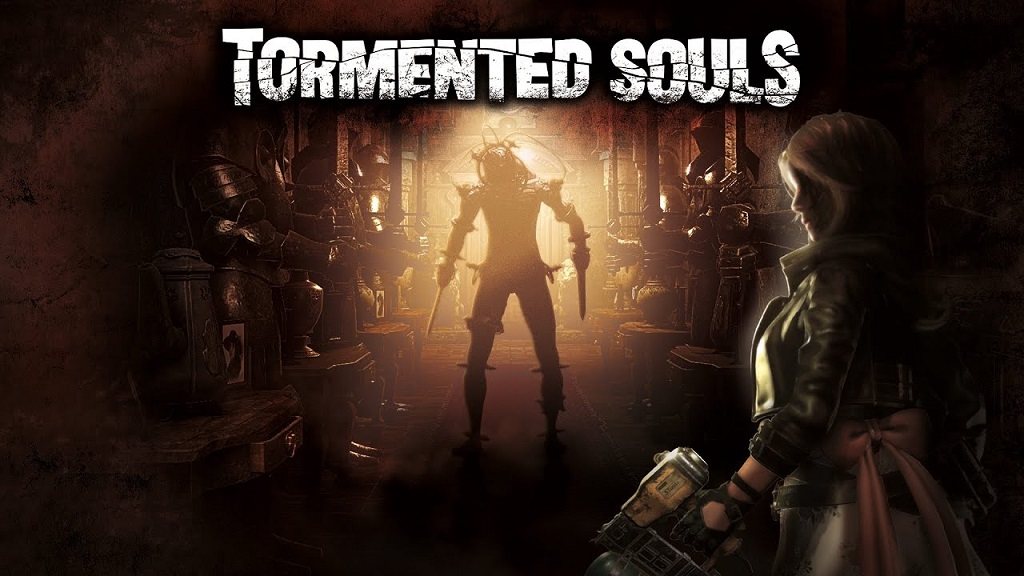 In the last several years, the horror gaming genre has reached a critical mass of nostalgia for the classic survival horror titles of the late 1990s and early 2000s. Fans from all over the world are constantly clamoring for a return to the yesteryear of horror gaming and many indie developers are answering their call. These scrappy efforts have enjoyed varying degrees of success, while the AAA gaming sphere is leaving these fans in the dust.

The most recent of these indie developers who have set out to appease the appetites of these hungry fans is DualEffect, a small development team from South America. Their new title, Tormented Souls, is the product of several years of work and clearly a labor of love from these fans of old-school horror.

They explained that they wanted to capture the feel of older horror games from the PS2/Dreamcast/GameCube era, specifically, with fixed cinematic camera angles and tank controls, along with many other references and features that were popular among horror games of this era. 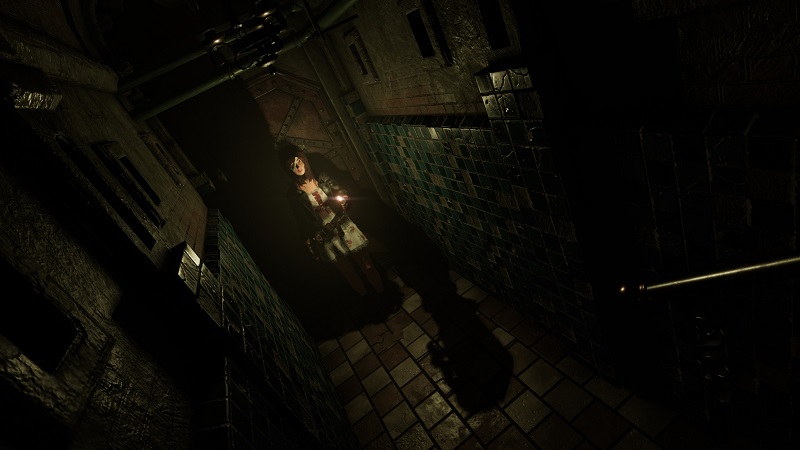 As previously mentioned, Tormented Souls features fixed dynamic camera angles, which leads to some excellent tension-building and scares, in a way that more modern approaches can’t touch. The developers have clearly studied what made classic survival horror worlds with this visual style effective and have been able to replicate it extremely well.

The use of darkness and tight corners to cause dread is handled very effectively. Every room has the potential for a terrifying enemy encounter or a jumpscare of some kind, usually cleverly utilizing the camera angles to the game’s advantage. Even if the visuals themselves are much higher resolution and more polished on the surface, the adherence to the classic style and direction makes it feel just like stepping into one of the classics.

The hospital where the game takes place fits right alongside the mansions and facilities from the early Resident Evil games, all the way down to the map layouts and extra hidden corridors you’ll discover later on. There’s even some “alternate world” versions of some areas mixed in, nudging it closer to a mix of the RE and Silent Hill worlds. It’s very well laid-out and well-paced for the most part, making it feel that much closer to a classic horror experience. 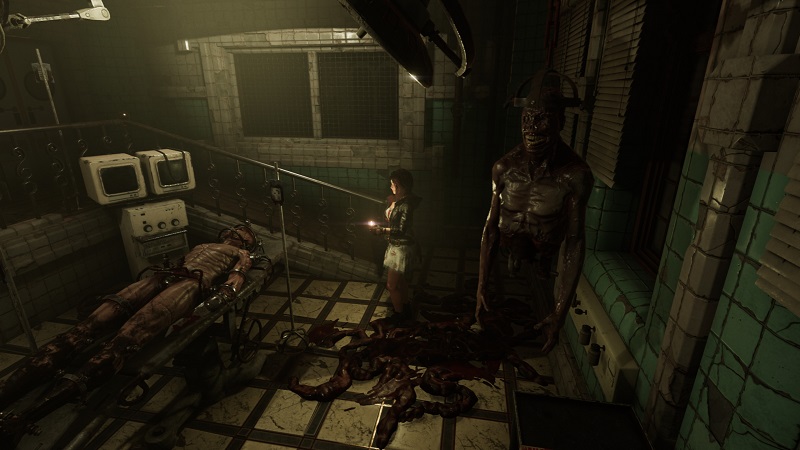 Inhabiting these dread-filled environments are various enemy types and the return of classic survival horror combat mechanics. There’s an auto-aim and a backstep feature built into the combat, and it’s here the tension that comes with combat in fixed-camera situations is in full force.

Enemies often telegraph their appearance by the horrible sounds they make. The shocking nature of their designs helps to intensify the tension, with disturbing animations and disfigured appearances sending chills down your spine every time one appears. 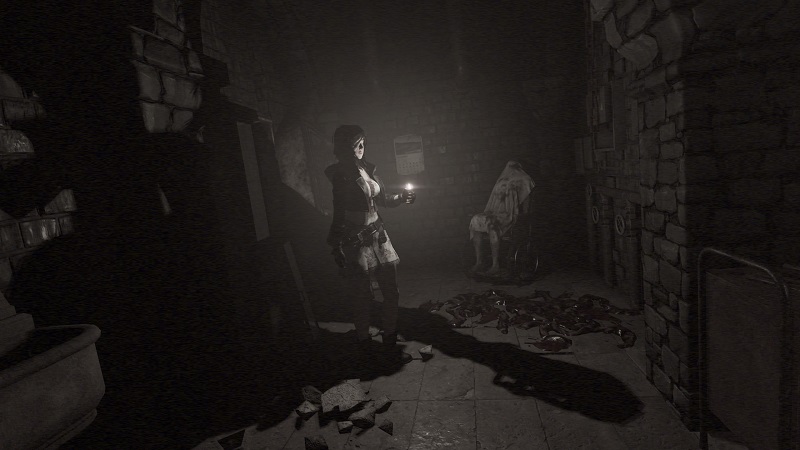 Just as in classic survival horror titles, enemies in Tormented Souls also require quite a few hits to take down. Luckily, you can use a combination of projectile weapons and melee to conserve ammo, although the risk of danger is greater when using melee weapons. This becomes especially important later in the game, as enemies begin respawning in areas you’ve already cleared. This mechanic makes many enemy encounters more like resource management puzzles.

Throughout your journey in Tormented Souls, you’ll be forced to use every note, clue, and piece of dialogue you come across to aid your progression, and there’s a good chance even many veteran survival horror fans will end up stuck in some areas, with some tricky and obtuse puzzles or progression from time to time. Some items need to be inspected closely multiple times and there are several puzzles that will really test your problem-solving skills in a way that most modern games wouldn’t dare to approach.

The sound design overall is excellent, with terrifying atmospheric music ranging from nightmarish industrial sounds similar to Silent Hill games to the classical orchestral music of the Resident Evil games, including some soothing save room music and some mysterious, gloomy exploration ambient tracks.

The voice acting is appropriately wooden and cheesy, giving in an extra classic flair, but it is admittedly just a little too cheesy sometimes and can break the immersion just a touch, but it’s never anything that’s ruined a survival horror game in the past. 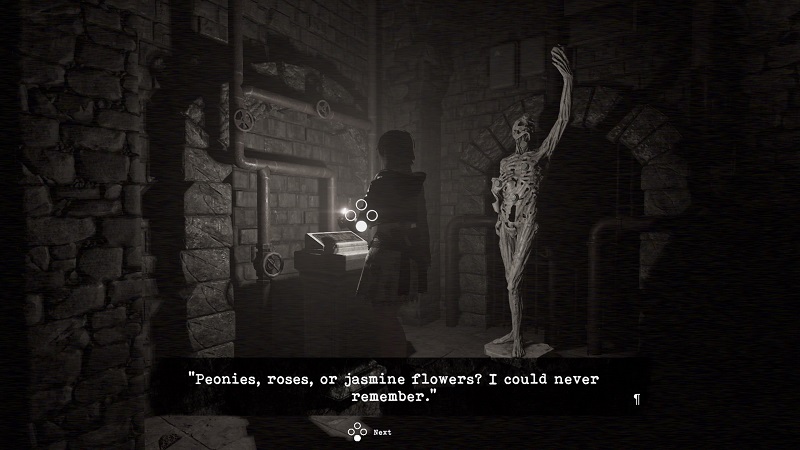 Several parts of the game will also test your mindfulness of saving and being extremely careful, as certain encounters can be very challenging to get past. There’s even a persistent enemy that follows you through the various rooms of the game at random after a certain point, and cannot be killed, only stunned. This isn’t made clear at first and can definitely result in a lot of wasting of resources to figure it out, making saving regularly that much more important.

The story doesn’t leave too much of an impression (though many of the games from this era didn’t, either) but it still has a story to tell, even if it can be somewhat predictable at times. You won’t get any complex or esoteric narratives here, but it’s enough to unravel a dark mystery that keeps you plugging along to learn more. 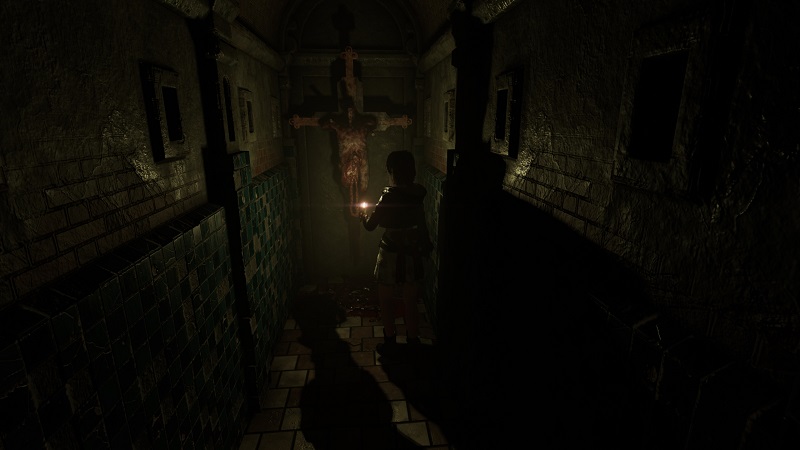 The biggest and most obvious inspirations for Tormented Souls are games like Resident Evil CODE: Veronica and REMake, Silent Hill 2-3, and Alone in the Dark: The New Nightmare, with several other strong references and inspirations popping up from time to time. Most fans of these classic games will notice them right away, but they aren’t just cheap references for the sake of nothing–the game makes these elements a part of its DNA on a deeper level, ensuring they aren’t just surface-level callbacks to genre classics.

The controls are very well done for what they are, giving players the option for either traditional tank controls that use the D-pad or using the analog stick to have a more modern 3D control scheme without losing the fixed camera angles, much like the recent remasters of the Resident Evil Remake and Resident Evil Zero on modern consoles.

I recommend not using a mouse and keyboard setup for most of these types games, as they’re generally designed around controller playability. The option for keyboard and mouse is here, but it doesn’t do the game that many favors. 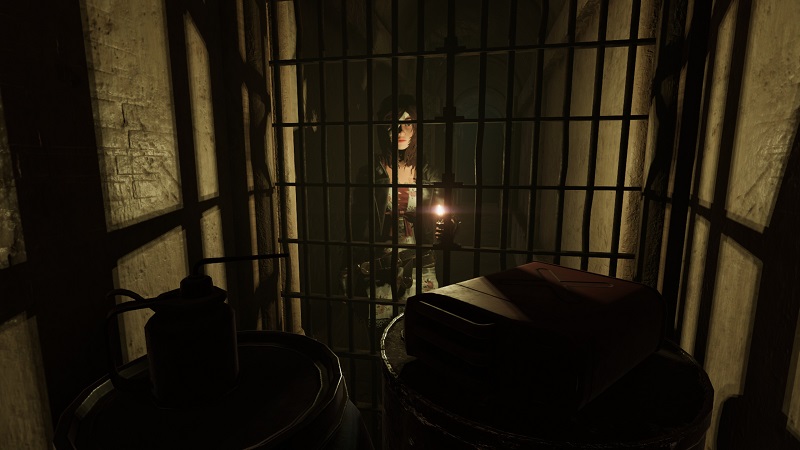 Technical performance is quite solid between both the Steam and PS5 versions, with consistent framerates on PC, even without a very modern or high-powered PC. More versions for other consoles will be available at a later time, but for testing, we were able to put both of the currently available versions to the test and they passed with flying colors.

There were some small bugs here and there throughout the game, as the early launch patches are still going out on both platforms, but I was able fully complete it as of today with no game-breaking or progression-stopping glitches. 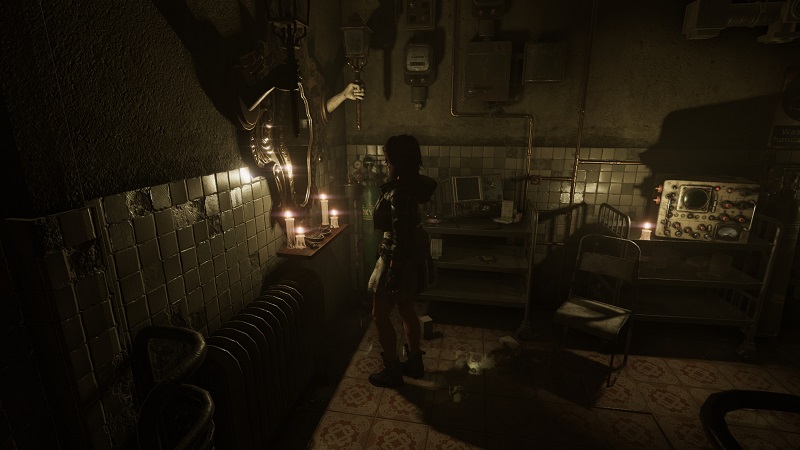 Similar to many survival horror classics, your first playthrough of Tormented Souls will take somewhere between 8-12 hours, depending on how stuck you might get on some of the puzzles or backtracking. This is quite long compared to most games that attempt this kind of style nowadays, and it’s fairly refreshing, even if some of the backtracking can get a little tiresome at times.

While the game may not have a ton of replayability for many players, as there aren’t any post-game unlocks to complete, there are achievements/trophies to collect. It also has a structure that seems to lend itself well to speedruns, much like many of the early survival horror games from the era it’s paying homage to.

Despite the relative lack of replayability, for a game of such high quality, any classic survival horror fan would be doing themselves a favor by picking this game up for a mere $19.99 (which is the cost of the digital version.) As with everything else in 2021, the physical edition will cost you double that if you want to track one down, but that’s the nature of physical games media right now.

Tormented Souls isn’t just another lazy Unity asset-flip game like many of the games that have attempted to tackle the style in this genre; it’s a clear labor of love from developers who have spent a lot of time and effort to make a game that survival horror fans will love. Most horror fans will get a lot out of this $20 package and many will come out of the experience with a new game to cherish alongside all their past favorites.

Review codes for Tormented Souls were provided by the publisher.