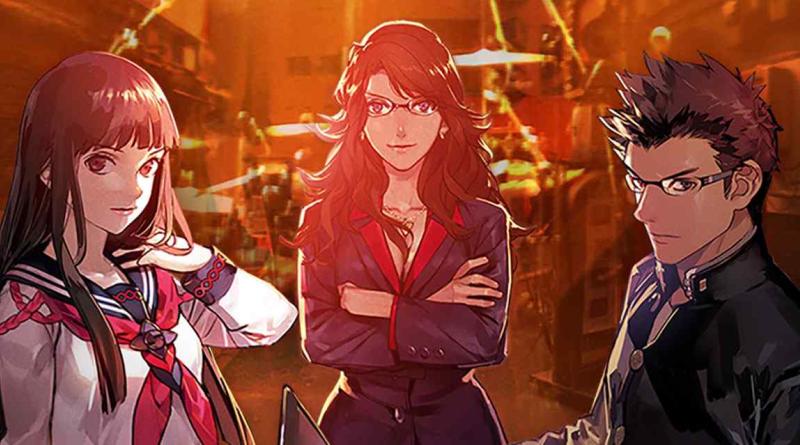 Reviewing the “director’s cut” edition of a game is always a tricky prospect. Do you judge the game on its own merits, on what extra content it adds, or on how it improves on the original?

When I reviewed the original Tokyo Twilight Ghost Hunters back in 2015, I lavished it with praise for its originality and the fact that it strove to be different in a genre usually prone to painting by numbers, and felt that this novelty helped disguise the visual-novel-cum-RPG’s less-polished aspects. Now that its re-release, Tokyo Twilight Ghost Hunters: Daybreak Special Gigs is here, does the game stand on its own now that the gears of time have ground its predecessor down a bit? Well, yes and no. 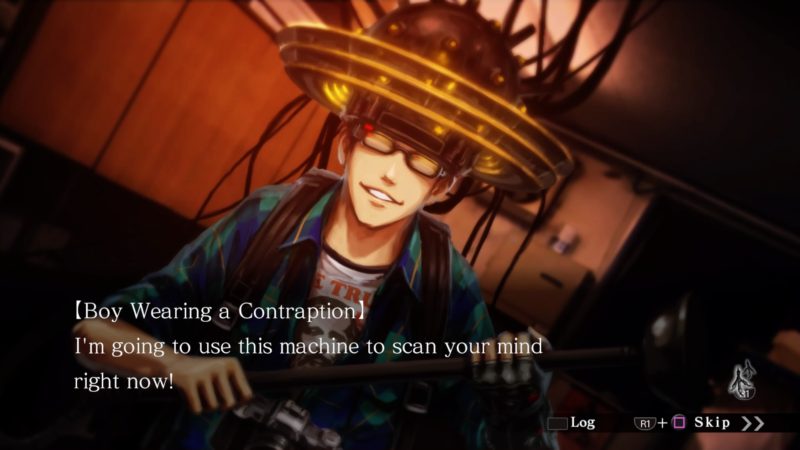 In true re-release fashion, much of Daybreak Special Gigs is identical to the original, but if you’re unfamiliar with the game and my thoughts on it I’ll provide a brief recap here:

Tokyo Twilight Ghost Hunters is the story of an ordinary Japanese high school student, freshly transferred to Kurenai Academy in Shinjuku, Japan, who by happenstance gets involved in a bizarre organization dedicated to wiping out potentially-dangerous paranormal phenomena (think the Ghostbusters meets Persona 3’s S.E.E.S.). Each chapter in the game is presented as an episode of an ongoing anime series, complete with credits sequences and cliffhanger endings, which adds some much-needed charm to the otherwise boilerplate supernatural-flavoured plot.

The game’s visual novel segments are navigated not via the standard dialogue trees or by thumbing through text boxes, but rather with two wheels that occasionally pop up onscreen: one containing an emotional response, and one a physical response (touch, see, taste, etc.). The player interacts with other characters and the world around them by selecting a combination of options from the wheel that can make for some very humorous situations, but truth be told you can only gallivant around giving everyone you meet an affectionate sniff before it starts to feel more like a gimmick than a revolutionary new interface. 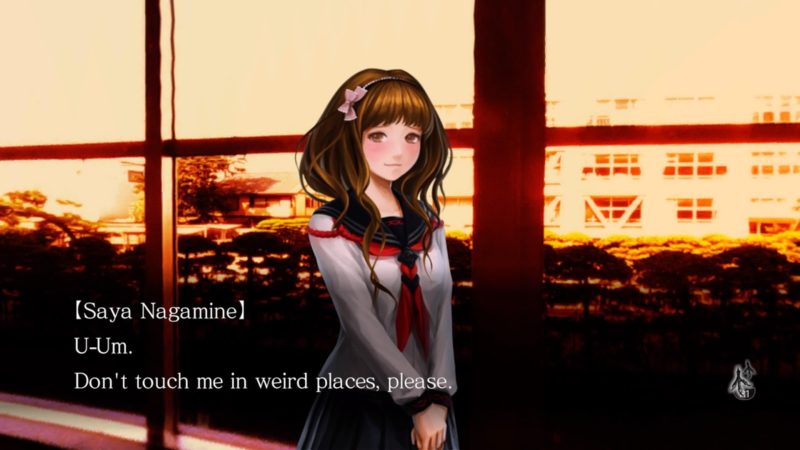 As with the original “vanilla” game, the real highlight Daybreak Special Gigs is its incredible dynamic graphics system, nicknamed the GHOST (Graphical Horizontal Object STreaming) system. While Tokyo Twilight looked phenomenal even on the smaller screen of the PlayStation Vita, Daybreak Special Gigs reaches its full graphical potential on the PlayStation 4, where the crisp, beautifully fluid animation really makes the game’s characters and world come alive. While the re-release’s style of gameplay and bite-sized, episodic storytelling definitely lends itself well to on-the-go handheld gaming, I’d really recommend going with the PS4 version on this one if only to see the GHOST system work its magic on the big screen.

Unfortunately, it’s the gameplay itself that’s the weakest part of Daybreak Special Gigs. The strategic battles waged against whatever supernatural entity is wreaking havoc which close out each episode function somewhere between a game of Battleship and Fire Emblem, and can get just as chaotic as that description implies. These battles involve first setting up traps and barricades to impede the movements of your ethereal foes before sending in your squad to swing away and eradicate the pesky poltergeists. In my experience, this process involved a lot of trial-and-error as well as the occasional frustrated groan as I tried time and time again to find a particularly stealthy opponent within the mission’s time limit, and I can definitely see certain episodes’ battle segments causing impatient players a good deal of grief. Though the feeling of finally eliminating a strong enemy can be satisfying, Daybreak Special Gigs’ battles are breeding grounds for frustration and monotony, which sometimes leaves a bitter taste in your mouth in spite of an episode’s satisfying narrative conclusion. 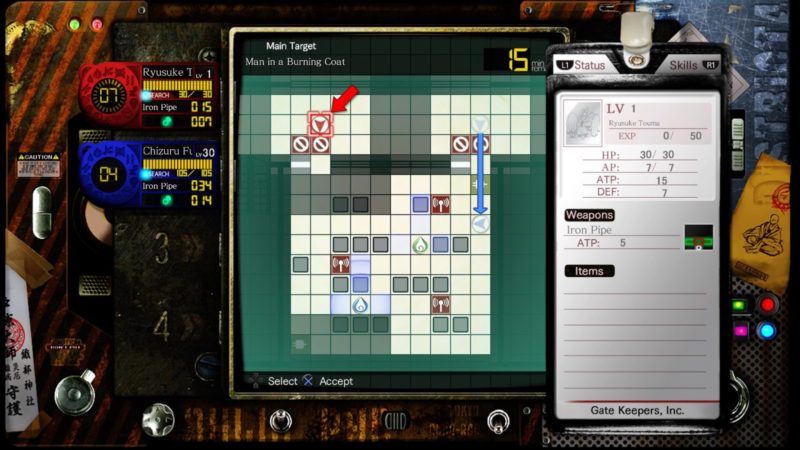 I also hesitate to recommend this title to veterans of the original Tokyo Twilight Ghost Hunters, as Daybreak Special Gigs’ additional content is in all honesty somewhat paltry and thinly-spread. Five brand-new “Daybreak” scenarios which feature much more difficult (read: infuriating) battles make up the bulk of the game’s bonus content, but there’s a sprinkling of new stuff (mostly in the form of additional character development for certain cast members and some quirky dialogue trees) in every chapter, as obscure as some of it may be. Even with the hilariously underwhelming “special bonus” you get for importing your TTGH save data, Daybreak Special Gigs’ new offerings aren’t really worth the price of admission alone unless you’re a diehard Tokyo Twilight superfan who doesn’t mind double-dipping in exchange for some cool new story segments and endings. 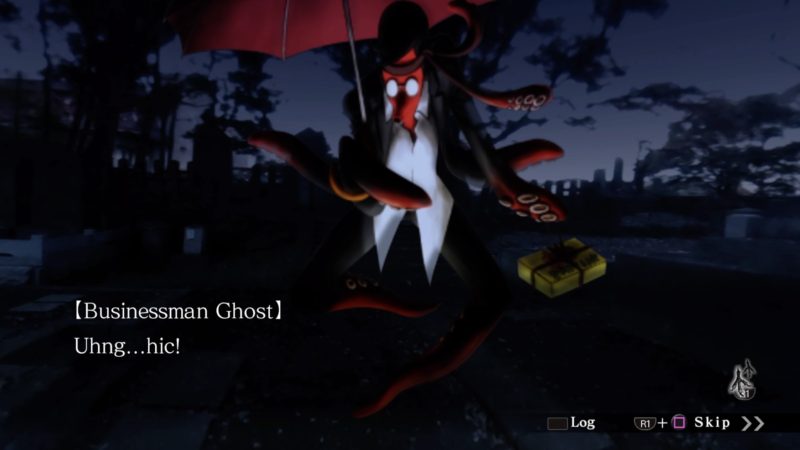 All in all, Tokyo Twilight Ghost Hunters: Daybreak Special Gigs is a bit of an odd package; simultaneously superior and yet less novel than its predecessor. I’d definitely recommend it over the original if you’ve never experienced it before as the aesthetic and control improvements put it head-and-shoulders above the vanilla title, but as mentioned above, seasoned ghost hunters should consider whether the scant new content is enticing to them before returning to Kurenai Academy for a victory lap.

PS4 code provided by the publisher for the purpose of this review.