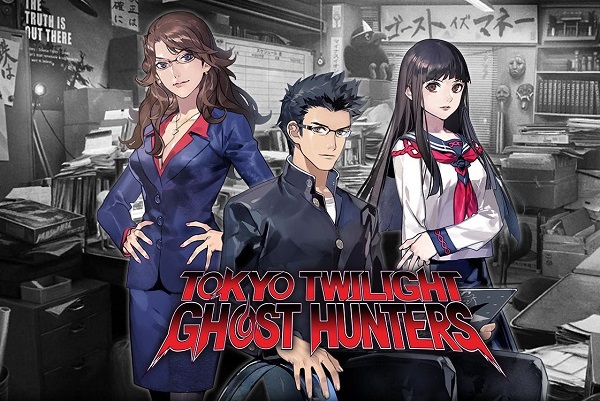 Oftentimes when a game tries to do something brand new, it’s a massive gamble. Much like the precocious Icarus of legend, several skirt too close to the sun that is innovation and end up crashing and burning as a result.

Thankfully, Tokyo Twilight Ghost Hunters (which shall henceforth be referred to as TTGH), the newest outing by developer Toybox Inc. and publishers Aksys Games and NIS America (who have respectively brought Spike-Chunsoft’s Zero Escape and Danganronpa series of visual novels to the West), deftly avoids this hubris and soars thanks to its nearly-indescribable fusion of genres that provide a new flavour while staying rooted in familiarity. 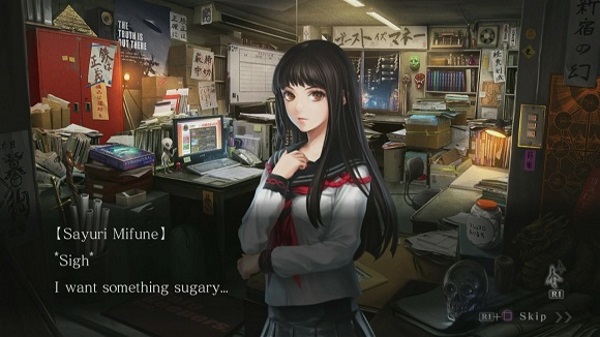 So, what kind of game is TTGH? Well, isn’t that the million dollar question? TTGH can only clearly be described via liberal use of the suffix “-ish.” It’s RPG-ish. It’s strategy game-ish. It’s tower defense-ish. The only definitively quantifiable element is its story scenes, which play out like an interactive visual novel that should be nothing new for enthusiasts of the medium.

The story starts with the player naming their avatar character, the ever-present high school transfer student, before being whisked away to the main setting of Kurenai Academy in Shinjuku, Japan. Things get spooky once the player and their friends Sayuri Mifune and Masamune Shiga get involved with a ragtag group of paranormal investigators calling themselves the Gate Keepers, who enlist the trio’s help in snuffing out ghosts and other paranormal phenomena that threaten to cause havoc and disrupt the peace. 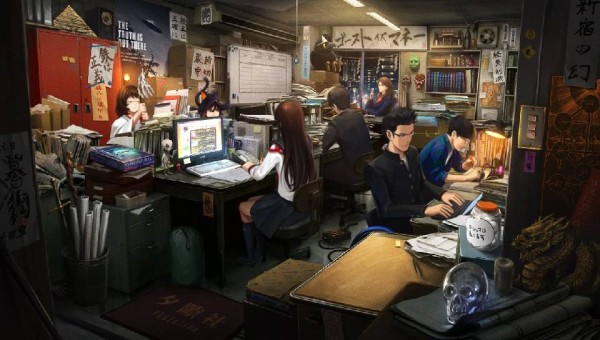 The plot as a whole is fairly standard paranormal anime faire, but in a weird way, it almost feels like it’s supposed to. Each chapter begins with an opening credits sequence and the Gate Keepers receiving a new case from a client and ends with a cliffhanger or “to be continued” style last note following the defeat of the “villain of the week,”, which gives the impression that TTGH aspires to be an anime in playable form. The game has enough colourful and likable characters to obscure the story’s cut-and-dry nature though, so it’s not as noticeable as it might be in lesser games.

The gameplay is divided into two distinct segments: “Adventure Mode,” in which the chapter’s story is told via visual novel format and the player gets the chance to meet and interact with the kooky cast, and “Battle Mode,” which caps off the chapter through an encounter with a host of malevolent entities hellbent on shuffling the Gate Keepers off of their mortal coils. We’ll get to Battle Mode in a minute, but first let’s talk about the game’s standout segment: Adventure Mode. 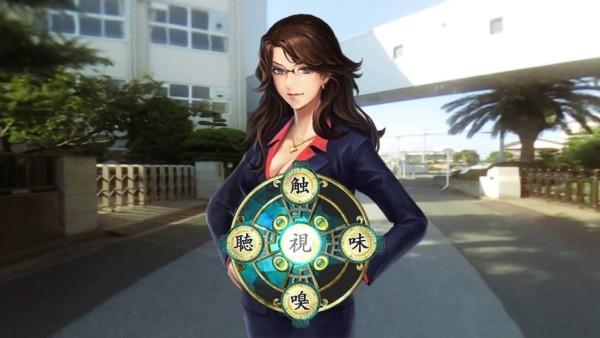 If TTGH blows away the competition in one area, it is its presentation. The game utilizes a brand-new form of animation technology courtesy of filmmaker Koya Takahashi called the GHOST (Graphical Horizontal Object STreaming) system, which invigorates its scenes like no visual novel before it. The effect is impossible to glean from still images, but the fluidity and detail that the GHOST system offers to TTGH’s scenes breathes so much charm and life into its characters, and is something which I’m VERY eager to see utilized in future projects. Beautiful graphics aside, these scenes offer a clever way of interacting with the game world via two wheels that occasionally pop up onscreen: one which corresponds to various emotions and another to simple sensory actions such as touching or tasting. The player must combine an item from each wheel to perform various tasks, with the game encouraging experimentation to find different applications for wheels (i.e. “friendly” + “touch” = handshake, which will further your relationship with a character if used at the appropriate time). The game’s sound design is quite pleasant as well, with catchy ambient music that can soothe or excite depending on the scene and solid Japanese voice acting which helps set the emotional tone. 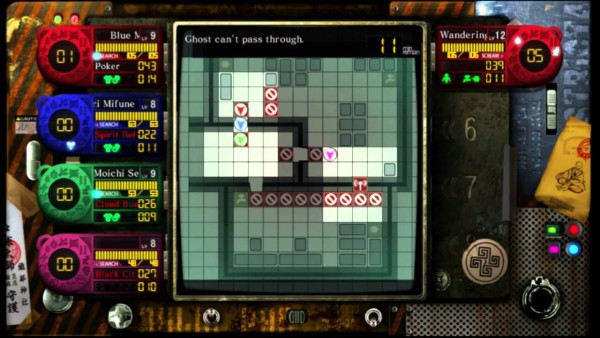 At the end of every chapter, Battle Mode is engaged so that the player can defeat the boss that’s been causing trouble and put another notch in their paranormal investigation utility belt. The battle system is by far the hardest part of the game to explain, as it functions like a chimera of Fire Emblem, Shin Megami Tensei, and chess. Each battle phase opens with the player and their three additional party members traversing the map in search of enemy phantoms while setting up various traps and items in anticipation of the foe’s movements. Once an adversary is engaged, the perspective shifts to first-person so that the troublesome ghouls can be disposed of in classic RPG fashion. The system itself if very functional, but not without its share of grievances: the limited amount of time provided for each encounter can prove to be very aggravating when faced with an elusive opponent, as if the timer runs out then it’s back to the beginning of Battle Mode no matter how far you were beforehand. Additionally, the game does a relatively poor job at explaining how its various systems work in the tutorials, which forced me to consult the handy-dandy guide on the game’s official website for further information. 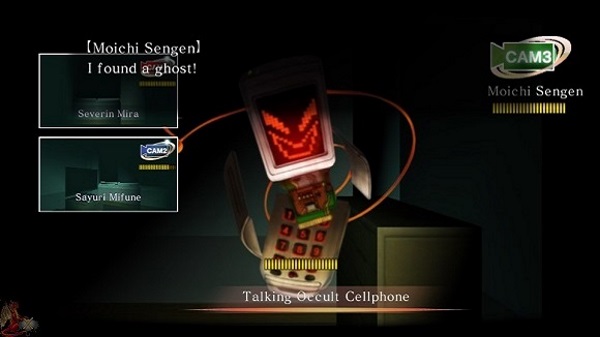 If you can get past these initial frustrations though, you’ll find a game that’s both daring and refreshing to provide something new to nibble on apart from the salvo of same-y JRPGs that have plagued the market in recent years, and the game’s multiple endings and various sidequests entice several return visits to its strange world.

Tokyo Twilight Ghost Hunters is available for the PS3 and PlayStation Vita right now, so if you’re hankering for something new to play while you await E3’s onslaught of games, you know who to call.