Til Morning’s Light is a mobile game developed by Wayforward, who you may remember from games like the Shantae franchise, the Adventure Time tie-ins, and Silent Hill: Book of Memories. The studio has repeatedly proven themselves to make competent and varied games, so I don’t find it surprising that a mobile game of this caliber came from them. While I admire Til Morning’s Light for its presentation and story, it’s a shame the gameplay fails to be on par with the rest.

The intro cut-scene sets us up with a classic premise: Erica, a teenager with with a love for mysteries and the supernatural, is accompanied by two other girls while they set out to explore a scary mansion. The door is open and Erica is pressed into going inside, only for the other girls to shut the door behind her and lock it from the outside. The prank becomes much more severe when Erica is then addressed by a disembodied voice that has the clear intent of killing her, whereupon monsters appear and begin hunting poor Erica down.

It soon turns out the mansion is some sort of trap that lures people inside, only to then make escape impossible and kill them. As you explore the mansion further, Erica meets a number of different inhabitants, most of which are ghosts of former victims who are now stuck and unable to move on. Risking a similar fate, Erica sets out to find the ones responsible for this atrocity and solve the mystery once and for all, freeing the trapped souls in the process. 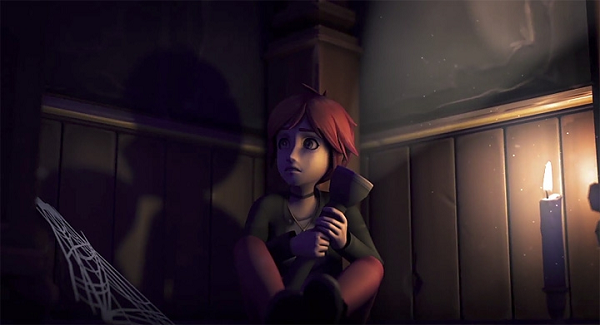 Erica’s quest to find a way out of the mansion is fun to follow and becomes more intriguing when we learn it also involves a friend who went missing years ago and may or may not be trapped as well. We learn more about the story via interactions with other characters and journal entries that Erica reads and comments on, all of which looks and sounds fantastic. All voice-actors fit their roles nicely and the animation helps them come alive even more, thanks to believable body language and expressive faces. It also helps that Erica is an enjoyable protagonist that offers plenty of dialogue that teaches us more about her character; I was especially fond of the nervous jokes she makes to herself to alleviate the stress, and it’s cool to see her grow more confident throughout the adventure.

The design of the characters and environments also far exceeds my expectations, and the fact I am running it on my phone is kind of baffling. The game has a somewhat cartoony look to it, with the ghostly characters in particular looking right at home in The Sims. Even so, it doesn’t distract from the mansion’s creepy and run-down interior, which is especially notable for its great use of lighting to make the locales look more atmospheric. Another cool detail is that Erica’s model changes the further you get in the game and several environments go through drastic changes as well, resulting in some notably-freaky scenes in what is otherwise a laid-back game as far as actual horror goes. 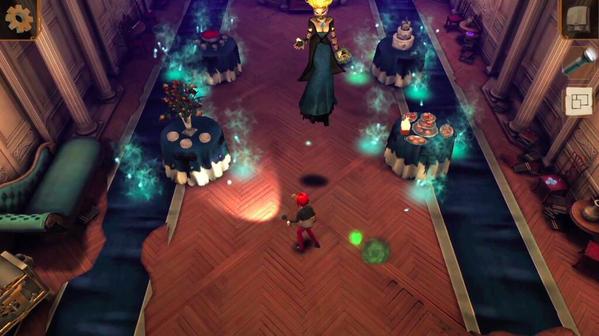 While all of that is amazing, the game truly suffers in the gameplay department. The puzzles are all quite simple: you come into a room and see something broken, so you go to all the adjacent rooms to find the missing parts and stick it back together. As a reward, you generally receive a key that opens up the way to the next puzzle, with sections in-between being tied together with smaller challenges that mostly involve levers and pressure plates that keep doors locked. It wouldn’t be bad at all if it didn’t feel so samey; each puzzle is essentially the same as the one before it, with a slightly different theme and maybe an extra twist at the end. The game quickly becomes tiring to play and I had to push myself in order to play for long enough to make any significant progress.

It doesn’t help that the enemies are a bore to fight, mostly thanks to the simplistic combat system. Being on a phone, each battle is played out via quick-time events and the player always has the upper hand in these, making for an oddly empowering horror game. Each successful QTE translates to Erica hitting the enemy, striking critical hits when your timing is perfect. As long as you don’t miss a single prompt, Erica will downright pulverize her foes. After figuring out how all the different prompts work, getting hurt became a rarity, but fighting enemies is utterly pointless anyway. Thus I began avoiding hostility simply because it wasn’t fun to engage in; this wasn’t helped by the game’s tendency to spawn way too many enemies in some rooms and make a lot of fights mandatory for progression. 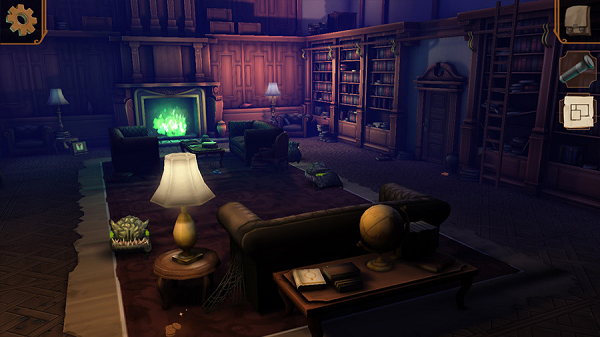 The reason for why combat feels pointless is because, just like with the puzzles, there is little reward to be reaped from it, turning it into simply busywork. You have a chance at getting some money for your hard work, but the shop has barely anything worth buying. In fact, the only items I bought from the store only served to generate more money, creating a cycle where all my attempts at getting rid of currency simply made me richer. Combat can be made even easier by finding new weapons, which would be simple enough if they didn’t also have a practical function. Shovels, for example, can be used to dig, and the crowbar can open vents. This was an issue, because it essentially demands you memorize exactly where you last swapped out any item you may need again and back-tracking is no fun at all.

The exception to these complaints are the boss-fights, in which you generally face a foe that requires you to solve a puzzle while being under attack from multiple fronts. The puzzles are different from the usual challenges and the fact you are under attack lends a degree of urgency to them. The game also does a great job at hyping you up for the next boss via journal entries and dialogue about him or her, so it’s also a big story moment when you finally discover what the person you’re fighting is truly like. 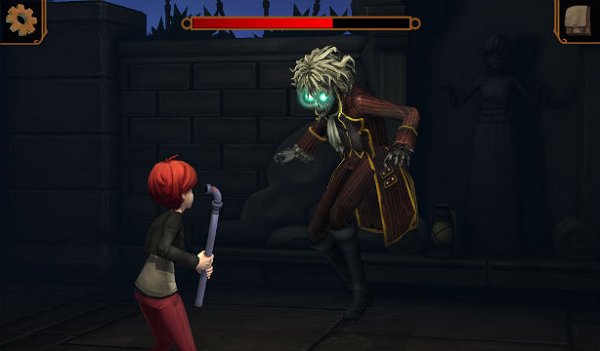 The game also feels right at home on the mobile platform and controls quite naturally through the touch-screen. There were a few moments of frustration, such as trying to get Erica to grab a specific side of a crate, but generally the controls function well and befit the style of the gameplay. With that said, playing the game did generate a lot of heat and made my device uncomfortable to hold. During some longer sessions, I also noticed the game would slow down to intolerable framerates and require a restart to become properly playable again.

While there is a lot to dislike about the gameplay, I will say that it’s tolerable. I found the art-direction and story to be intriguing enough to bear with the many faults and was glad I played the game by the end of it. Some of my complaints also become less of a problem nearing the end of the game, especially the combat which got quite frantic when facing the game’s toughest creatures. I would have liked it if the ending took some more time to bring all the different plot-threads to a satisfying conclusion, but maybe that is left up to those who go for 100% completion. I would be one of those, were it not for the fact I seem to have misplaced my crowbar again.