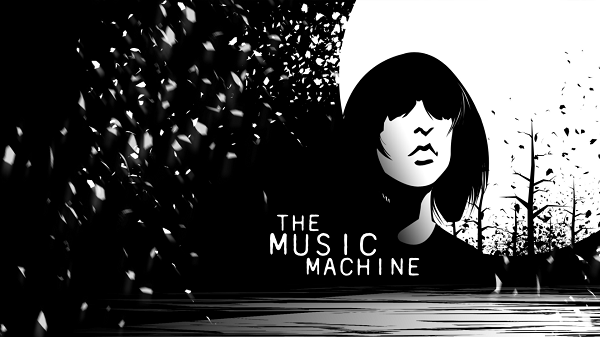 It wasn’t until I reached the hatch that the feign touch of familiarity I was feeling defined itself. I was playing The Music Machine, a new narrative-driven game with a unique art-style that makes use of simple geometry and solid, flat colors, and something felt familiar. When did I last play a game with such attention to dialogue and notes tinged with madness and sorrow such as this? … And a large hatch. Right! The Moon Sliver.

The Moon Sliver is a quaint little game that released on Steam for $2.99 last fall. In it players explore a small island and uncover the story about its inhabitants and the somber lives they lived prior to disappearing. By no means an attractive game visually, The Moon Sliver remained memorable due to its writing, with its writer having a knack for creating bleak soliloquies that manage to unsettle and, at the time, provide just enough intrigue for me to champion through its unimpressive environment. 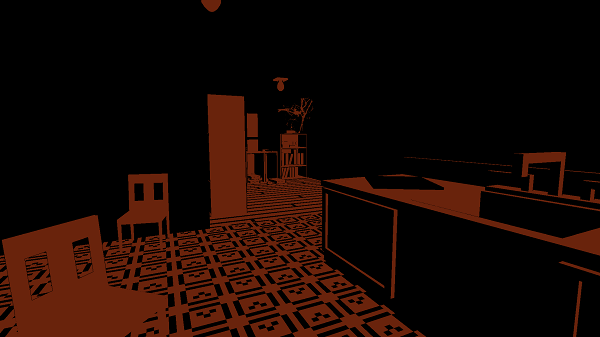 And now independent developer of The Moon Sliver, David Szymanski, has released his latest game: The Music Machine, a game that builds upon some of the themes of The Moon Sliver to tell a short but compelling story about a girl and the ghost that possesses her.

In The Music Machine, players embody a 13 year old girl named Haley, but they won’t exactly play as her. For reasons I won’t spoil, Haley has no control over her body and is instead controlled by a ghost named Quintin. Quintin does not like Haley one bit, but they’re stuck together as they search for a way to escape a strange world, not of our reality. The Music Machine is a hands-off non-linear game, meaning players are dropped into the world and must explore, eventually finding what will drive them and the narrative forward. Being a short game, concerns about getting stuck or lost shouldn’t be too great, but expect that to happen a few times if you’re not the keenest observer or too patient. 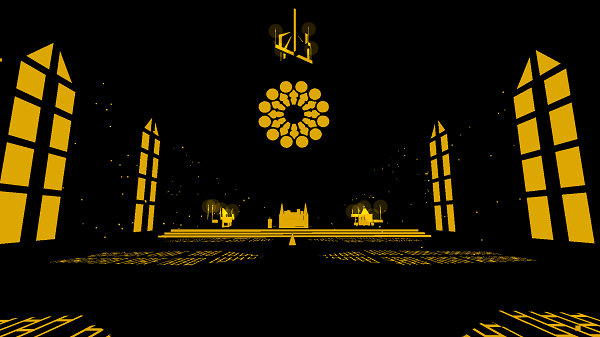 The Music Machine is split into several stages: the opening island, a church, and the different worlds accessed through the church. Each stage makes use of the game’s minimalist but striking visual style, with different color palettes between them. Surrounded by the crushing isolation of this world, Haley and Quintin banter throughout the game’s 2-3 hour length. Their squabbles create a compelling dynamic that leads to some laughs, a bit of shock, and overall surprisingly realized characters despite the game’s length. Ultimately, the player can choose how the relationship between the two unfolds, with at least two different endings available. 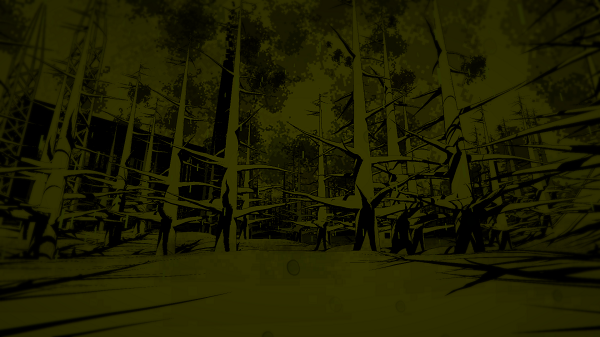 Sharing more in common with The Moon Sliver than initially thought, The Music Machine has some fairly stimulating plot threads that reveal themselves the more you give them thought. I’d recommend playing both games, actually, if you’re interested in not only seeing how The Music Machine showcases the growth of David’s design principles, but also how the two may be tied together. Both feature a narrative from an observer’s point of view, with them looking into the past where broken people let circumstances get the best of them – insane ramblings, pleads to absentee gods, reconciliation of one’s own nature. These are themes best enjoyed by those looking for a horror experience, not about direct threats, but slow burners leaving their mark through eerie dialogue and true, unfetishized, renditions of madness. 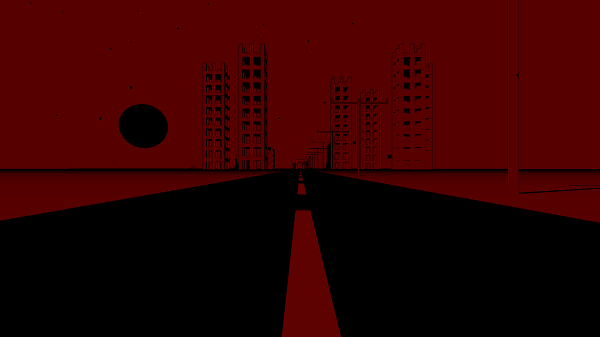 Between its interesting duo, unconventional art-style, and absorbing story, The Music Machine is a highly recommended title that can be picked up for just $5.99. It would be also a great disservice to the game if I didn’t mention its original soundtrack as well; it’s exceptional, with key story moments beautifully accentuated by haunting orchestral and industrial sounds. You’ve heard enough from me on why I think it’s worth a pickup, so go on ahead!