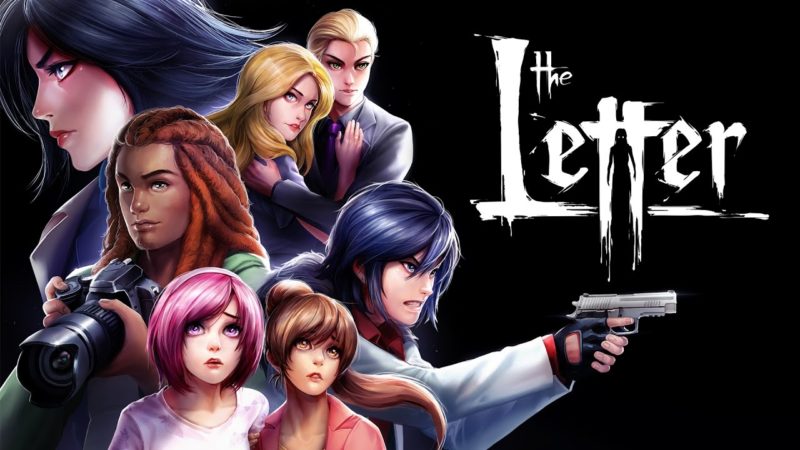 It is worth stating at the start of this review that I am not what you may think of as a visual novel player. I find that the genre is generally tedious, managing to drag a short story out into hours of unnecessary dialogue and missed opportunities. After following the Kickstarter campaign and development of The Letter, though, I had high hopes for a visual novel that wouldn’t make me want a refund for my time.

As of this writing, I have played two hundred hours of The Letter. I’ve gone back over and over to try new dialogue and action options, looking to find all of the memories and outcomes hidden in the game. I’ve still not found everything, and I do not know all of the possible outcomes. I do know that I will keep playing until I have found every possible end to this game. 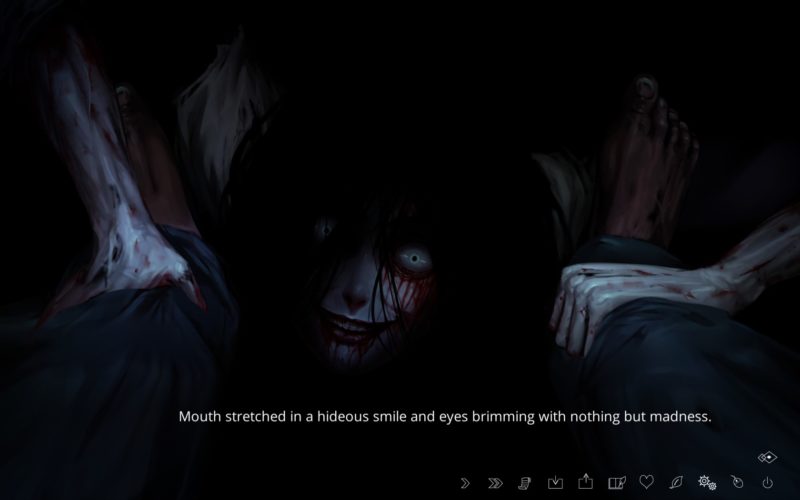 I was right to hope that The Letter would be more entertaining than my usual experience in visual novel games. At least half of the story is backed by professional voice acting, and the characters have faces and poses as full of expression as the dialogue they deliver. The backgrounds are equally expressive, adding warmth or terror to scenes as needed to keep players engaged. The overall effect is a cohesive game that uses little details to build player immersion while delivering a story that would have been interesting on its own if a bit mundane.

The real accomplishment of The Letter is the relationship players build with the characters. As the game progresses, every conversation is seen from at least two sides, with players moving through the same days as all of the main characters. Decisions made as one character affect the options available when the same scene replays from the other person’s perspective. Each rehash of a conversation allows players to repair [hurts??] from the initial interaction, or add fuel to emotional fires that can sever friendships and create danger. 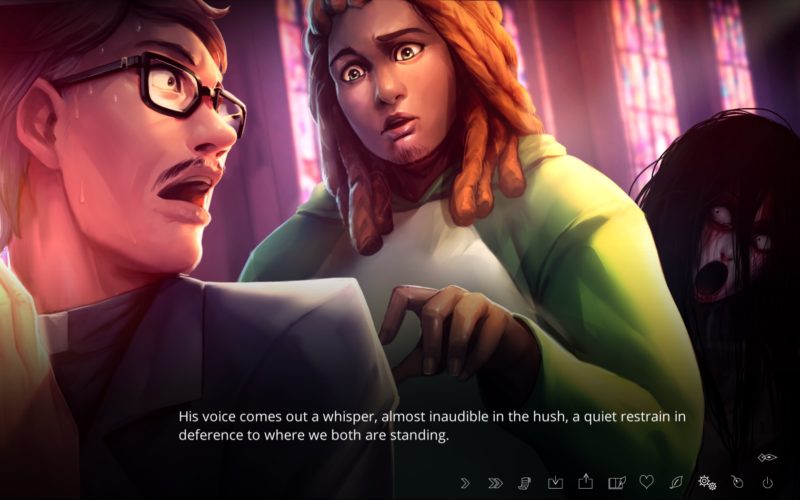 Every dialogue option affects the relationships characters have with each other, as well as the outcome of the game. Players can see this information in real time, with immediate changes reflected in relationship meters and the timeline of events. There is also a decision tree that keeps track of the decisions players have made, showing where the passive option or a change to the story occurred. Interspersed throughout the game, players also encounter dangerous quick time events, though the developers graciously made these events entirely skippable, even for first-time players. While the events within The Letter are well-built, no game has ever improved by virtue of mandatory quick time events. That the developers recognized this fact and created a failsafe for casual players is a huge boost to the overall score of the game.

There is not much to say as far as technical issues. A developer would have to work hard to overtax a computer with a visual novel, and The Letter falls squarely within the expected parameters of a functional video game. No one should have trouble running multiple programs in the background while playing, nor will visuals be an issue for even the cheapest monitor. The few technical aspects there are to rate are entirely in the layout of the user interface and controls of the game. To that end, the interface is self-explanatory and manages to have abundant options while staying out of the way of gameplay. The controls to read, skip, and pause are mapped to both the keyboard and mouse. A handy super skip that rushes past all previously read dialogue makes replay a breeze. 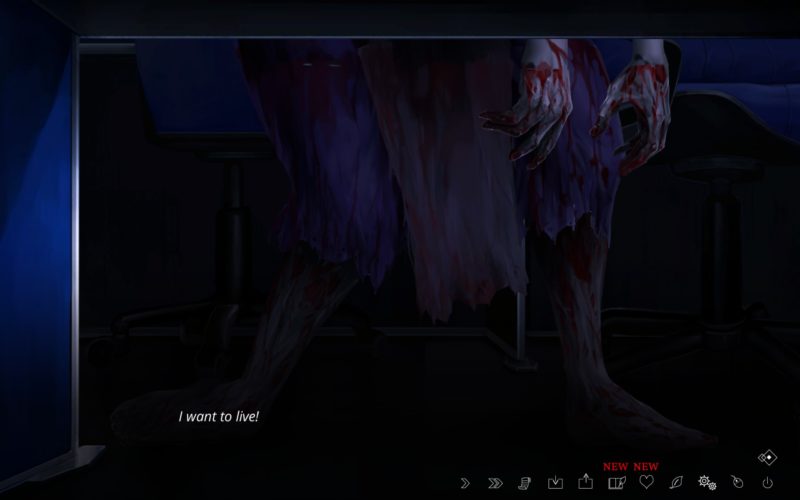 My sole complaint with the entire user experience of The Letter boils down to some minor issues with language localization, but even that is oddly charming within the game. The characters may be living in England, but they come from many different countries and backgrounds. The hiccups in verb tense or ownership are generally endearing and are sporadic enough that they do not subtract from the story at hand.

The story itself could easily have been a novella. The characters are well written, with personalities ranging from the sweet and naive to the gratingly entitled. Their interactions with one another seem natural, and their reactions to the strange events around them never feel contrived. The basic gist of the story is that four friends and three acquaintances find themselves cursed by an evil spirit haunting an old mansion. To get out, they must work together and see past their differences to defeat the ghost. She can strike anywhere, at any time, a fact underscored by the dozens of deaths related to the mansion happening all around town. 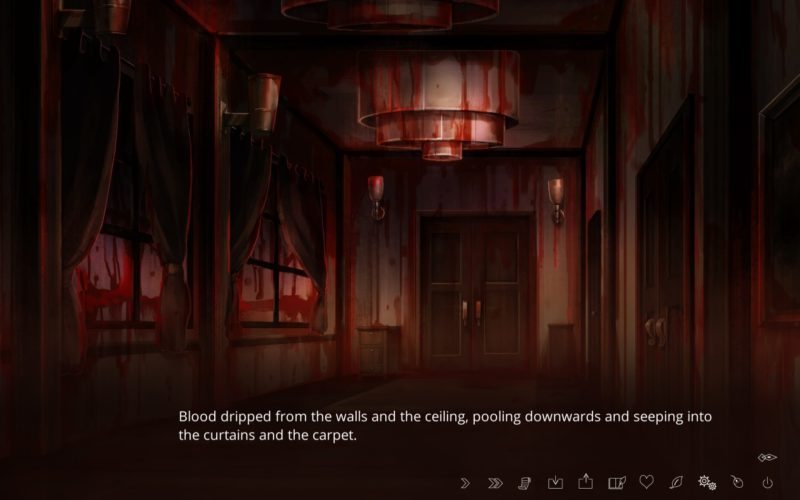 The story of the ghost is learned slowly, and only fully uncovered by unlocking memory fragments that become available when you allow a character to die. This is the least effective way to move forward, though, and other bits of the story reveal themselves through player actions and dialogue that cannot happen if they die. After four playthroughs, I had a decent understanding of what all went wrong to cause the haunting of the Ermengarde Mansion, but that isn’t really the story of The Letter. It is compelling, sure, but it pales in comparison to the drama and fear going on between the characters you wield. Their terror and determination, different for each decision made, are the real meat of the story. There are constants through the game, with some background events that require player-response but do not change from playthrough to playthrough, but the majority of what you see, hear, and feel is created by buttons pressed and actions taken.

It is in creating the illusion of player control that developer YangYang managed to build an excellent game. By taking the time and resources to develop so many diverse options, the team made an experience that demands players return. There are curiosities within the story that must be satisfied, and an itch to find every piece of information available within the game. With the undercurrent of romantic attractions, there is also a drive to come back and try to force together characters you’ve “shipped,” though, that is a much less inspiring reason to return than figuring out the enigma of the ghost. 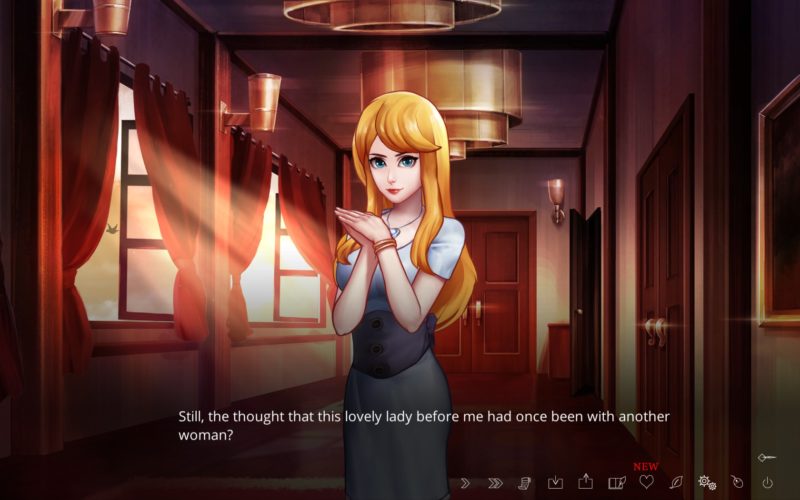 As I wrap up this review, I would like to commend YangYang on one thing that is often botched, but this team got incredibly right. Several characters within The Letter are LGBT; this part of their personailities is presented without fanfare. The characters are also from different racial and ethnic backgrounds, and the game intentionally brings up potentially divisive moments between those groups that the characters simply have to work past. At no point is the sexual or racial background of any character their defining attribute, it is simply one part of a multifaceted personality that helps players understand who they are. It is wonderfully refreshing to see bisexual female characters portrayed as real people, or to watch a black character take on racial inequality while also explaining to his close friends how their minor infractions upset him without treating those inequalities as equal to the issues portrayed in his work on Civil Rights abuses. The everyday friction between disparate groups is present and acknowledged in The Letter in a way that feels genuine, and for that, I would like to thank every developer who had a hand in the game. 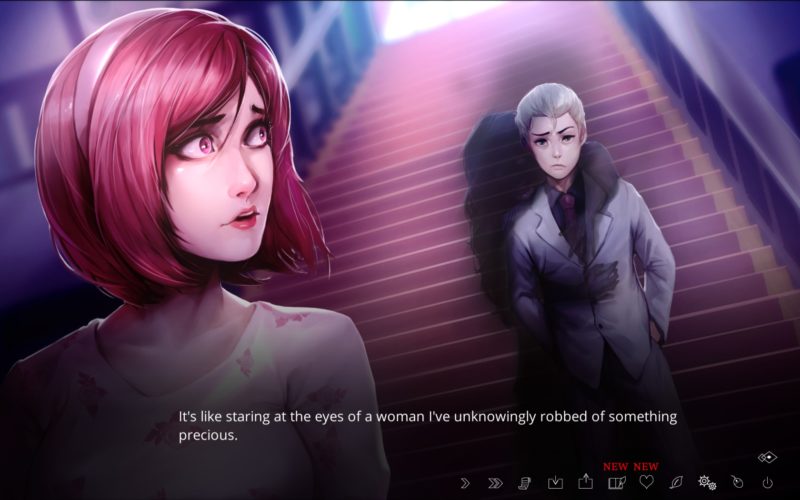 I do not hand out a review score of ten lightly. I’ve only ever given one, and this will be the second. Despite its minor language hiccups and the fact that some are going to whine that it is not an action game, I have very much enjoyed every moment I’ve spent playing The Letter. The characters, story, and situations are well-written. The graphics are beautiful, with thought given to movement and shading not usually seen in a visual novel. The circumstances are simultaneously fantastic and believable. Mostly, though, the game is a joy to play. Two hundred hours is an achievement in my library. Witcher 3, Alice: Madness Returns, and Sylvio are the only other games to have made that much of a dent in my personal time. To do so, I have to be invested in coming back to a game over and over again. That speaks to a level of quality that I am not sure I could mark on a scoresheet in any other way. I’ve thoroughly enjoyed my time with The Letter, and I am certain it is not over just yet.