Review: The Burned Over District 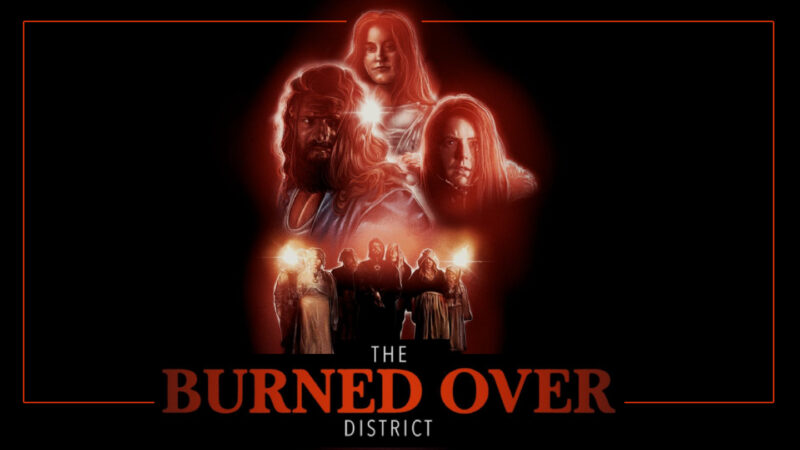 Coleman Bros. Films recently released their new indie horror movie, The Burned Over District. The film is written and directed by Rochester, NY natives James and Vince Coleman, and is said to be based on actual historic events that occurred near their hometown in the 1800s.

The term “burned-over district” refers to the western and central regions of New York State in the early 19th century, where religious revivals and the formation of new religious movements of the Second Great Awakening took place, to such a great extent that spiritual fervor seemed to set the area on fire (Wiki).

After losing his wife in a horrific car accident, grieving widower Will (Jon Sheedy) retreats to a quiet rural town in Western New York. As Will is overtaken by his grief and descends further and further into severe depression over the loss of his wife, his sister Katie attempts to help him get back on his feet. As the pair begin to explore the surrounding forested, mountainous region, they begin to notice strange goings-on in the nearby town. Soon, he and his family are thrust into a world of doomsday cultists, ritual sacrifices, and otherworldly dimensional portals.

After witnessing a savage rite performed in the dead of night by the cultists, Katie is kidnapped, and Will and his older neighbor Fred (played with zest by Robert Lindquist) must raid their mansion stronghold to rescue her and stop the cult from opening a gateway to another dimension. 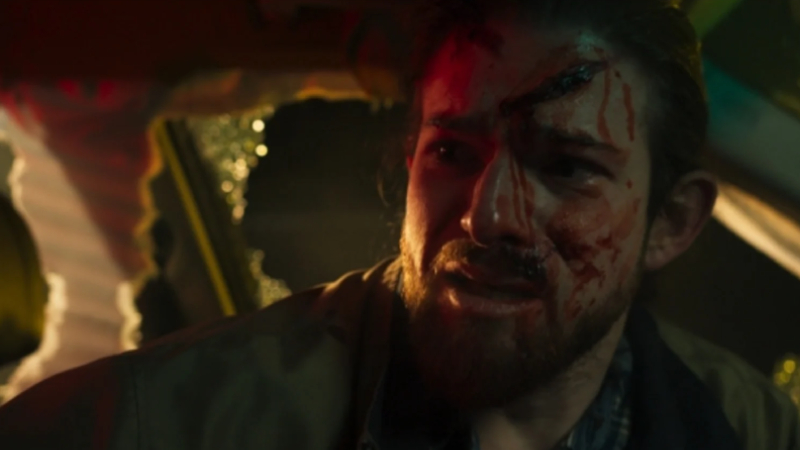 There’s a lot to like in The Burned Over District. Overall, the performances, while not stellar, are above-average, and the filmmakers take full advantage of the snowy, mountainous setting to create a great sense of atmosphere and desolation. There are numerous wide, cinematic establishing shots that show off the striking environments. The sets are also inspired, particularly the dark pit the cultists use as the center of their malevolent rites, which is a great image that evokes an ominous sense of dread.

The performance by the film’s lead, Jon Sheedy, as Will is earnest but uneven. The emotions he’s meant to express are supposed to be intense, but sometimes less is more. I feel the film could’ve been served better by a more understated performance. Having said that, he’s given a lot of material to work with and is never dull.

Katie’s actress, played capably by Amy Zubieta, fares a bit better, exhibiting a wider range of emotions in a more naturalistic style. She’s especially effective in the film’s third act, where she must take up arms and fight back against her captors. Special mention goes to Michael Ciesla, for his portrayal of the cult’s zealous and unhinged leader Daniel. 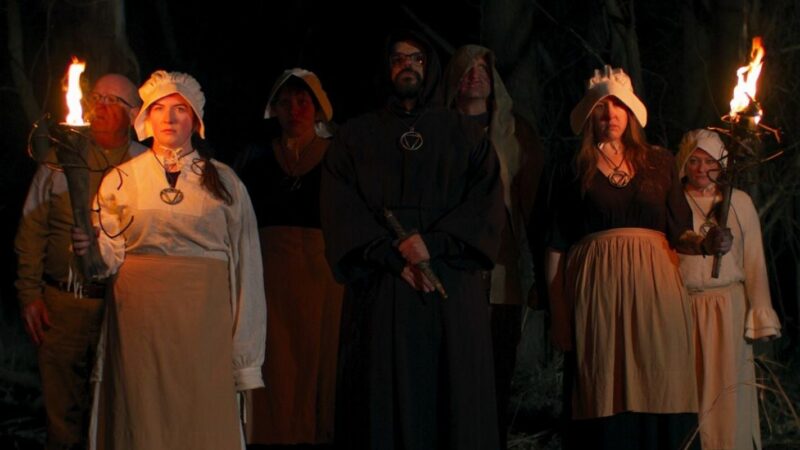 One of the film’s strengths is its pace. While it starts off a little slow, taking time to establish its setting and characters, it really starts to pick up in the second half. In general, things move along swiftly and the movie never stays in one place too long. As the film rushes to its galaxy-swirling conclusion, with both Will and Anna storming the giant, plantation-style stronghold of the cultists, things start to feel very Resident Evil-y (in a good way). Both characters are skulking down the corridors of the ornately furnished mansion with weapons ready. I won’t spoil the ending, but I was pleased by how things played out.

The Burned Over District wears its inspiration and influences on its sleeve and pays tribute to horror classics like The Exorcist III and The Evil Dead with its camera work and shot compositions, though thankfully this never becomes a crutch or is used as a substitute for the film’s own story.

In this age of CGI everything, it was refreshing to see real things like deer and snow in a movie. I know that may seem like a trivial thing to praise, but the fact that I wasn’t distracted by something so dramatically that I was thrown out of the film is always a good thing in my book. I’m also a sucker for stories involving cultists (Silent Hill, Rosemary’s Baby, Hereditary) and loved all the hooded figures huddled around a bonfire and speaking in ancient tongues.

Overall, I enjoyed The Burned Over District. While it stumbles in some spots and some of the performances are uneven, it has the welcome feel of something different, albeit with its execution and tone, if not its plot. The film’s unique setting also goes a long way to set it apart from its contemporaries and its story should appeal to fans of films like Hereditary and Midsommar.

It doesn’t break the mold, but The Burned Over District is competently produced and consistently entertaining, making this indie twist on the cultist subgenre different enough to make it worth the ride.

A screener of the film was provided to us by the filmmakers.

You can check out the official trailer for the film below. 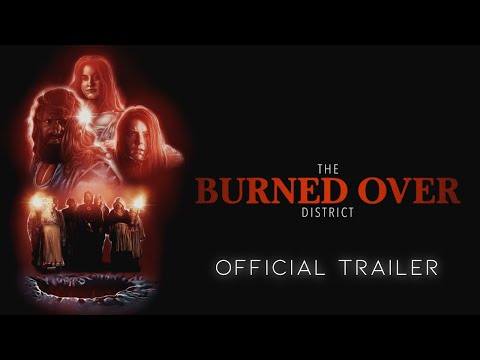