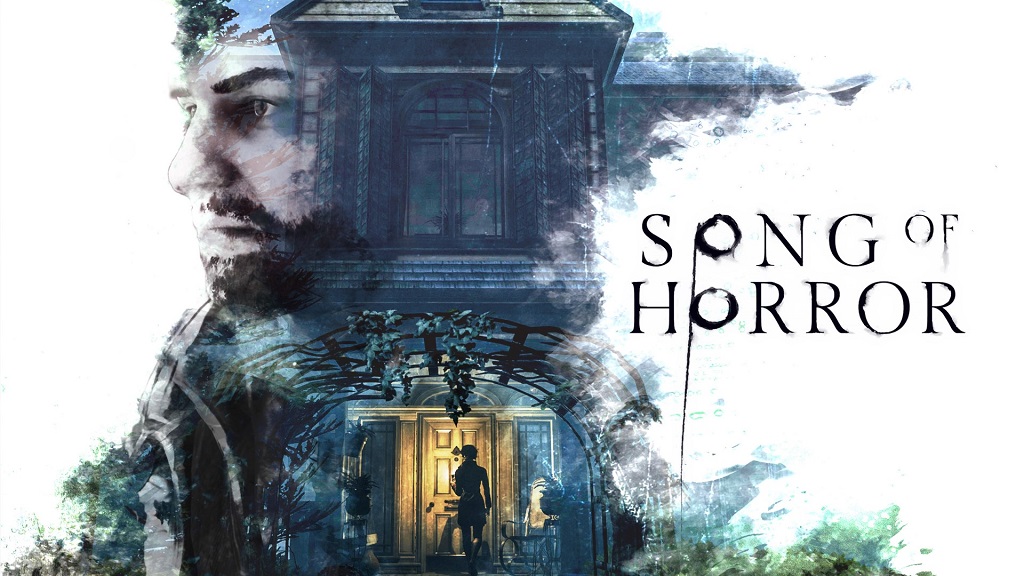 Song of Horror is a 5-episode survival horror game by the indie Spanish studio Protocol Games that started its episodic adventure in October of 2019 and finally concluding in May of 2020. Now that all five parts have arrived, we can take a look at the experience as a whole and see how it fares in today’s landscape of survival horror games. Song of Horror is touted to be reminiscent of classic 3rd person horror games, with a fixed-camera perspective and exploration and puzzle-solving elements. All these ingredients made it very intriguing to tackle and see how well it captured the spirit of those older games.

First off, Song of Horror is a conglomeration of influences from across the board and as a result, this makes it a fairly complex and somewhat confusing game overall. Unfortunately, many of these influences don’t work well with others nor have they aged very well over time. This disconnect leaves the game feeling like it has very little originality to offer; there are many blatant references to other horror games sprinkled throughout, some old and some new, but very few of them actually feel clever or really add anything to the game other than a distraction. They feel placed in the game to make players think “Oh, I know that thing!” rather than being meaningful of having any substance to them. 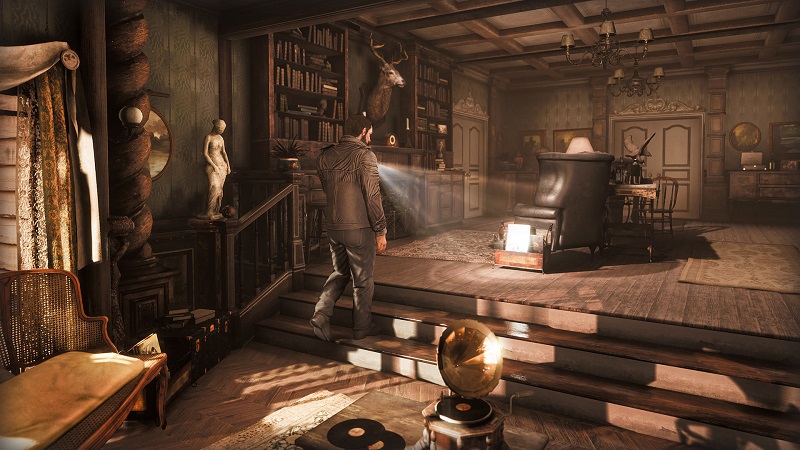 One of Song of Horror‘s biggest influences is the Alone in the Dark series, featuring creepy locations and a fairly hokey story about the intellectual world running into the paranormal through some antique artifact. For the most part, the influences it pulls from AITD are quite good.

The Alone in the Dark-inspired visuals and environments are probably the best part of the game. Many of the settings are unique and atmospheric, with creepy little details sprinkled throughout. There’s also a lot of diversity in the types of places you’ll explore — from ancient churches and graveyards to universities, mansions, and apartment buildings. The creature/enemy designs are also well-done and change form many times throughout the course of the game. Encounters with enemies never fail to inspire fear. 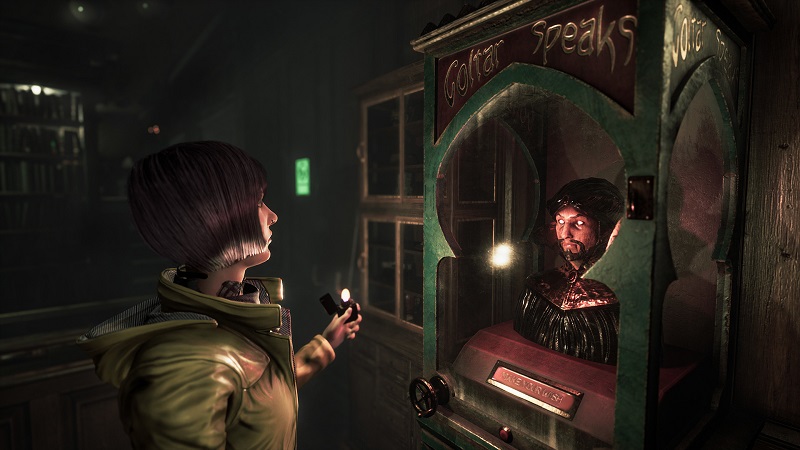 The voice acting is generally somewhat laughable, but not in a fun way, like many classic survival horror games. Here, it ends up feeling unevenly mixed and unprofessionally recorded, making nearly every line of dialogue fairly awkward. However, the music and sound effects are well done, making most scenes feel tense and the scares rather effective overall. It’s when you start mixing in many of the other gameplay elements where things truly start to fall apart in Protocol Games’ title.

Song of Horror features a very heavy focus on puzzle-solving, but the type of puzzles are lifted more from old point-and-click adventure games than anything else. Many of the puzzles end up being far too complex and obtuse for their own good, and the clues on how to solve them are often hard to find. They’re usually buried in obnoxious, cryptic documents that barely give you any idea of how things fit together. The eye for little details in the texts and the way some of the clues are hidden is often quite clever and helpful, but other times the clues are more of a chore to uncover and don’t provide much enjoyment in discovery. Most of the puzzles become an annoying sequence of trial-and-error and are not very satisfying by the time you actually figure out the solution. It seems some people are really into these kinds of puzzles, but they’re a huge detriment to the pacing and the overall experience of the game in my opinion. 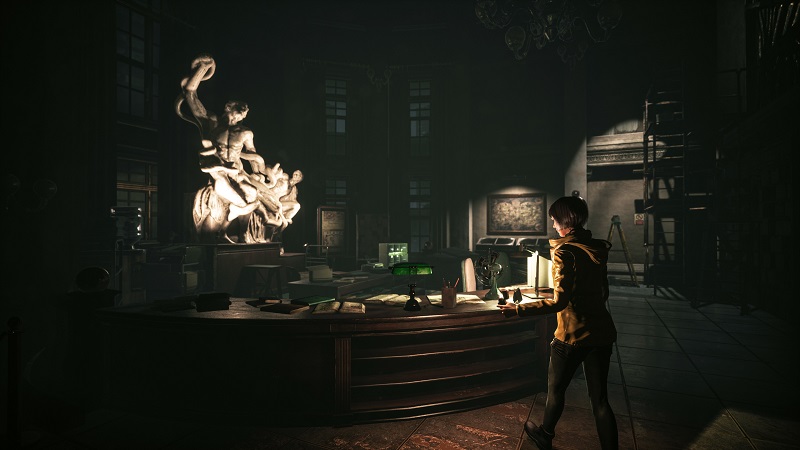 In addition to the puzzles being a chore, there are also several elements that can randomly cause you to die. These come in the form of encounters with the main enemy, a force called The Presence, which can show up at any time or anywhere, varying constantly and supposedly adapting to your play style. Though I never found any real evidence of it adapting, it is true that the enemy shows up very randomly, sometimes when you’re trying to open a door and sometimes when you’re just grabbing an item you need.

Regrettably, these encounters typically result in instant death (if you fail the annoying QTE it throws at you). Sometimes the game doesn’t even give you the chance to do a QTE at all, again resulting in instant death. You’re often punished simply for “not being careful enough” when the game doesn’t give you any indication of what that actually means or what might be causing you to die.

As if all that wasn’t bad enough, one of the main mechanics of the game is perma-death, where any time you die, the character is dead for the rest of the episode and you have to choose from one of the other three characters available. After all four characters in that episode are gone, you’re required to start the episode over again. This makes the constant enemy encounters that much more annoying and tiresome after a short time. 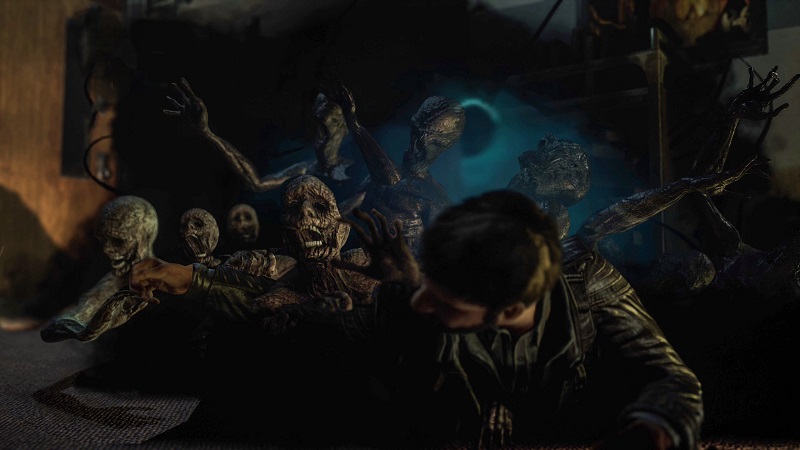 These elements, combined with the obnoxious puzzles, makes for a pretty bad experience if you have the game set on the normal difficulty. On that setting, The Presence will show up every few minutes, even if you’re just standing in a room trying to figure out a puzzle. It constantly interrupts exploration or discovery of what you’re supposed to do, shoving quick-time events in your face that can result in death.

You can turn the difficulty down for a much less irritating experience where the encounters are less frequent, and you have the option to retry from the latest checkpoint instead of the perma-death mechanic ruining your progress, but Song of Horror tries to talk you out of changing the difficulty, stating that the game “is meant to be played” on the highest difficulty. 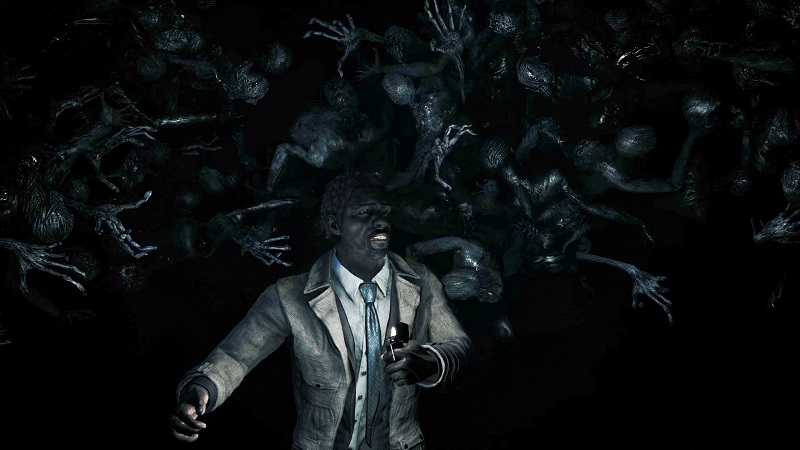 Each episode in Song of Horror runs about 1.5 to 3 hours long. Although, some episodes run on the longer side because of how silly and obtuse most of the puzzles are. There’s little guidance given with puzzles and enemies constantly interrupt your progress with excessive QTE encounters. I grew pretty tired of the game’s crawling progression and puzzles by the time I got to the second episode, and it just got worse from there. I had to almost force myself to finish the last two episodes and felt like Song of Horror had long overstayed its welcome by episode 4. I’ve seen many positive reviews for the game on various platforms, but most of them were coming from when only a few of the episodes were released, and I understand now how that would greatly influence the enjoyment of the game if you’re only playing a part of it. 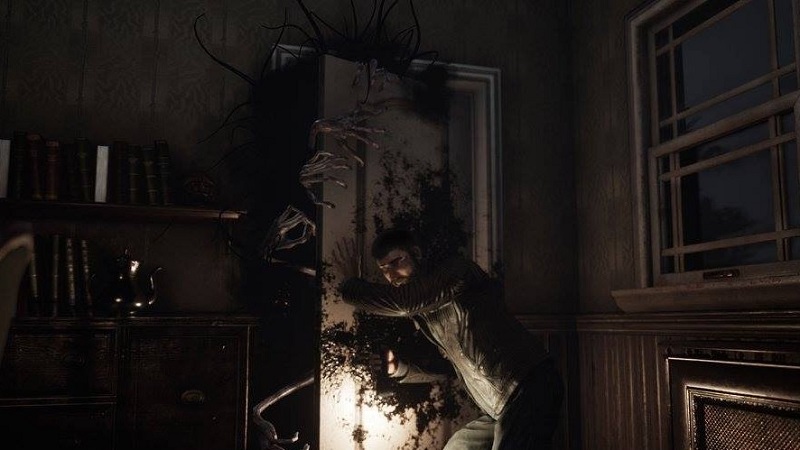 The developers of Song of Horror suggest using a controller for the best experience, but the controls are pretty janky (at best). The characters respond sluggishly to inputs, you need to very specifically angle your character and your flashlight to interact with most objects, QTE sequences are annoying to play, and the menus are also sluggish and needlessly challenging to navigate.

Optimization, in general, is not the game’s strong suit. I encountered many little bugs throughout, some leading to full crashes. I found the game’s performance to be rather sluggish overall, with long load times and framerates usually chugging along pretty low, despite having a rather powerful PC and graphics card to handle it. 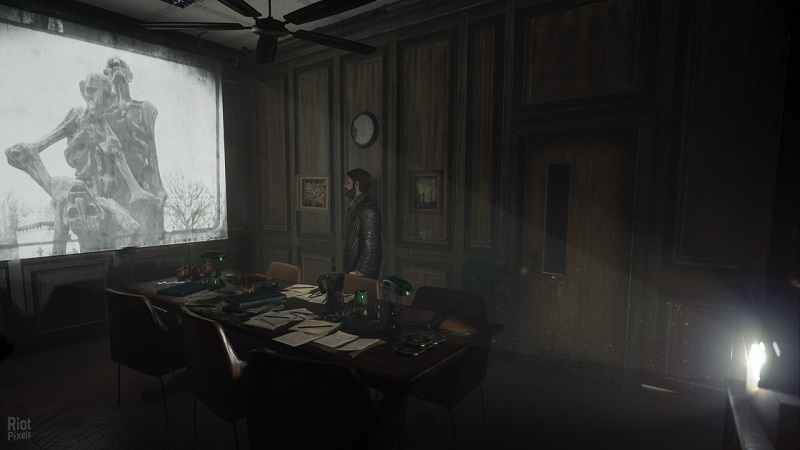 I really wanted to like Song of Horror, as it does have a certain charm about it with some really promising ideas here and there, but it appeared to actively try to stop me at almost every turn. Even if some of the elements were done well, the overall package fails to come together cohesively. The abrupt and rushed ending only served to solidify this, making the game feel very confused about what it wanted to say from the beginning.

Song of Horror misses the mark far too often to be enjoyable and has too many major issues to be a recommendation from me. You can check it out yourself if you’re really desperate for another fixed-camera indie horror title, but there are many alternatives out there that are more deserving of your time and money.

A Steam review code was provided by the publisher.