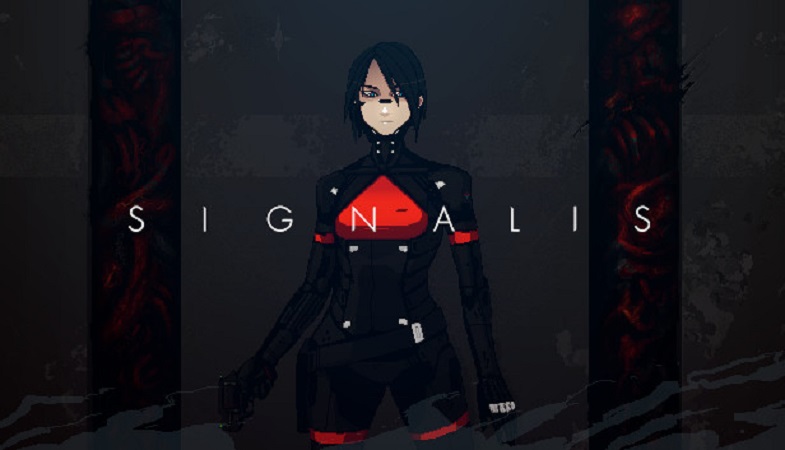 When I played Signalis earlier this year at PAX West, I was very impressed with the quality of the game’s unique design and the way it delivered a solid homage to classic PS1 survival horror titles, while retaining its own sense of style and adding its own distinctive sci-fi elements.

Now that I’ve had time to play the full game, we can see if it carries that momentum and unique style to the end and how it handles its story and other elements that weren’t as present in the early version I played a few months ago. 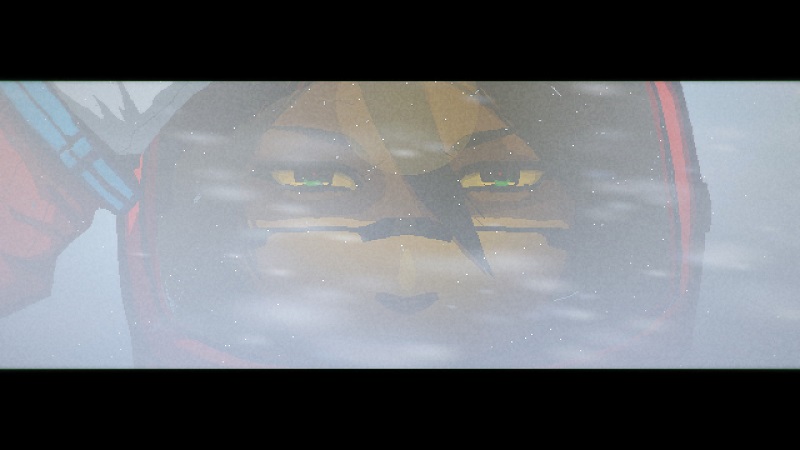 Signalis starts off with the player controlling Elster, a bionic life form called a Replika, among a society of similar humanoid life forms that are copied from the personalities of humans and molded into soldiers and workers. You wake up with some level of amnesia about what happened, with only flashes of your life before this point, and you start trying to fill in the blanks.

The first portion of the game mostly just consists of puzzle solving, as you dig through documents and computer terminals to start filling in your memory from the past, and it lets you sink into the environment for a while and get used to the game’s unique diagonal overhead perspective and controls. 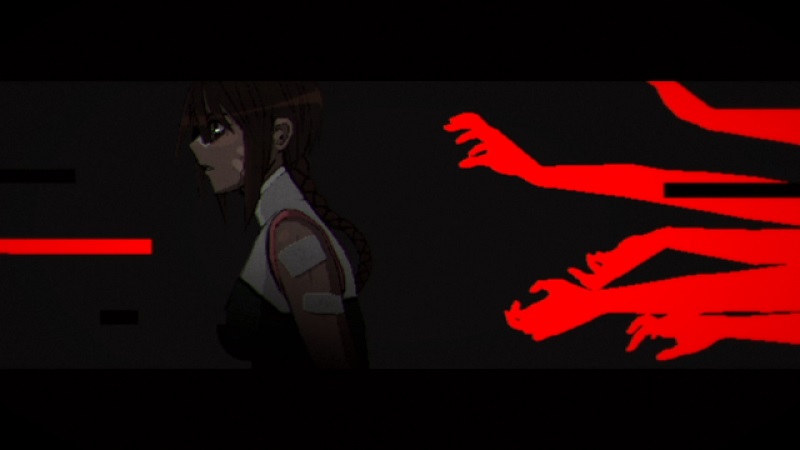 After exploring for a bit and solving several puzzles, you’ll come to a section where the perspective changes to first-person as you walk through a snowy landscape and start exploring a small area inside some sort of structure with a radio device and a strange book that ends the opening section of the game and begins the main section.

After seeing some strange visions, you’ll wake up again in the normal overhead perspective and begin exploring some more. This is the first time you’ll find weapons, as you continue your exploration and puzzle-solving, giving some foreshadowing that you’ll be encountering something soon that you’ll have to defend yourself against in the near future. 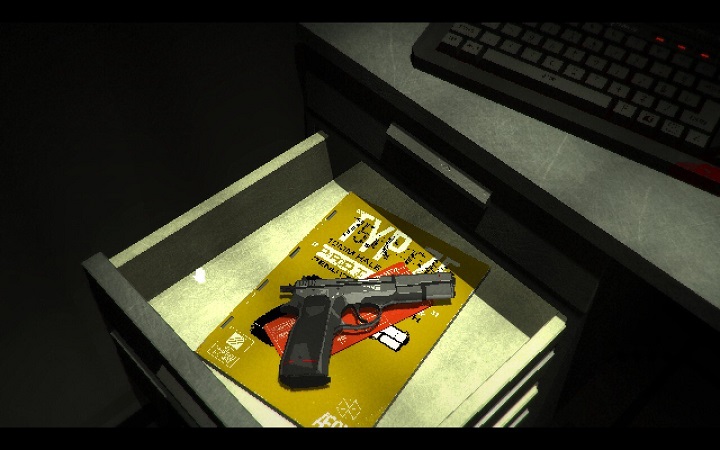 Soon will start your first enemy encounters as you discover the strange, twisted forms of other Replika who have been corrupted after their programming has been subverted. The creatures are generally fairly slow and easy to avoid in most scenarios, but you will run into scenarios where combat is necessary to get to your objective, and combat plays out in a very satisfying way overall, using the dual analog sticks to move and aim with your laser sight.

Most enemies will go down after a few shots with any weapon, and stomping them to finish them off is an option after they first get stunned and fall down, much like the Silent Hill games, which definitely goes a long way toward ammo preservation. While the creatures do look and sound scary to an extent, the general ease in saving ammo and healing yourself made the combat so it never felt like a true threat, and definitely took away from some of the terror that could’ve been here. 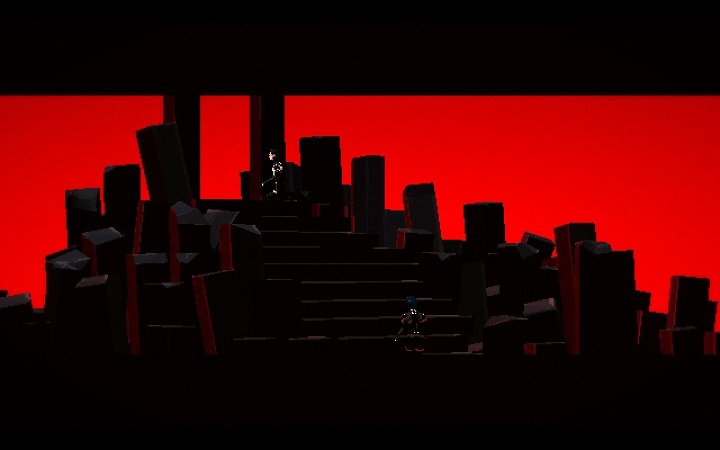 While the combat controls and mechanics aren’t the most interesting in the genre, the array of weaponry to choose from is always satisfying and each weapon has a somewhat different feel to it. There’s an option for a short-range melee during combat as well, but it’s via a disposable defense weapon that takes up some of your very precious inventory slots, so they usually felt like a last-resort option.

Thankfully, the visuals and sound design are very well-crafted and do a great job of selling ominous environments and creepy encounters, even if most of the encounters fall just a little flat in the end. There are a few scenarios where you’ll get overwhelmed on purpose, where some terror will set in for a few seconds, but this is a rare event. 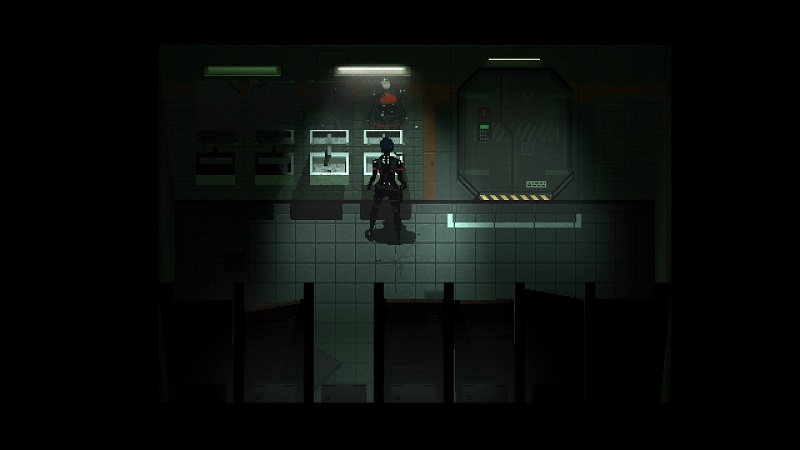 The puzzle-solving stays quite strong throughout, with a good amount of the puzzles requiring some logic processing and remembering things you found in a note or computer terminal a while before. A cell phone camera will be almost a necessity for some of these puzzles, but they’re always satisfying and tend to be one of the biggest driving factors in the experience.

Many of the story and puzzle themes revolve around radio broadcasts and modules, as the title suggests, and some of the ways you end up using the radio are pretty clever and fun, and it’s a nice touch to an already fun set of puzzles.

While the first act of Signalis progresses in a very satisfying way, keeping its pacing very strong, with frequent puzzles or encounters, thanks to a fun inventory management system as well as the very useful map system that you have access to, to guide you along your way. 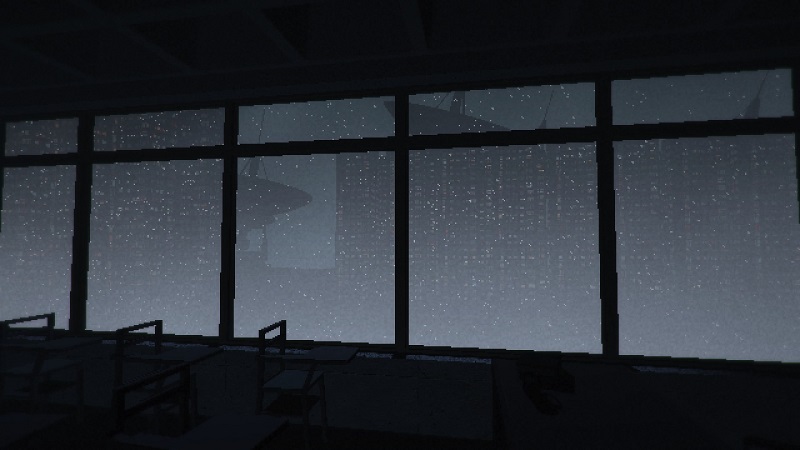 Unfortunately, in the second act of the game, the map system is entirely taken away, as you’re left to wander this half completely blind, having to rely entirely on memory for navigation, and it puts a blemish on the whole second act of the experience and is a very puzzling design choice. While this section does eventually become fairly navigable by memory, it slows down the pacing and leads to more unnecessary moments of getting stuck or forgetting what you were doing, and it really doesn’t do the game any favors.

Another major mis-step in the presentation was the inclusion of the “hidden” third act of the game that you can access after completing the second act and having a “false” ending and credit roll, which is not explicitly mentioned after the false ending, and requires you to choose to start a new game in order to access the rest of the story. While the third act does bring the map back, and it does have some more interesting puzzles and encounters, it still never quite reaches the heights I would’ve hoped.

The story is mostly told through text documents found scattered throughout and it does paint a fairly interesting sci-fi story not too dissimilar from something like Blade Runner or similar tales that question the nature of identity through human experience, but there isn’t really anything we haven’t seen done better in more recent projects like Observer, among others. 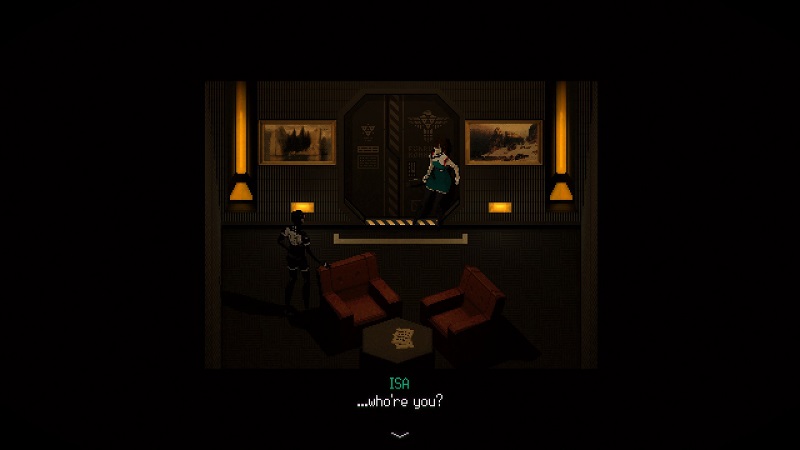 There are a few scenes that feature conversations, but they’re usually only a few seconds long and don’t have any particular power to them outside of showing more of the gorgeous pixel art-style drawings that give you a better sense of the characters and the world.

There are also some suggestions of cosmic horror that pop up from time to time, but most of them never really had any payoff and were only there as sort of metaphors or flavor text for the most part, which was a little disappointing. In the end, the story is a futuristic dystopian story about artificial life forms and identity with not a whole lot more depth. 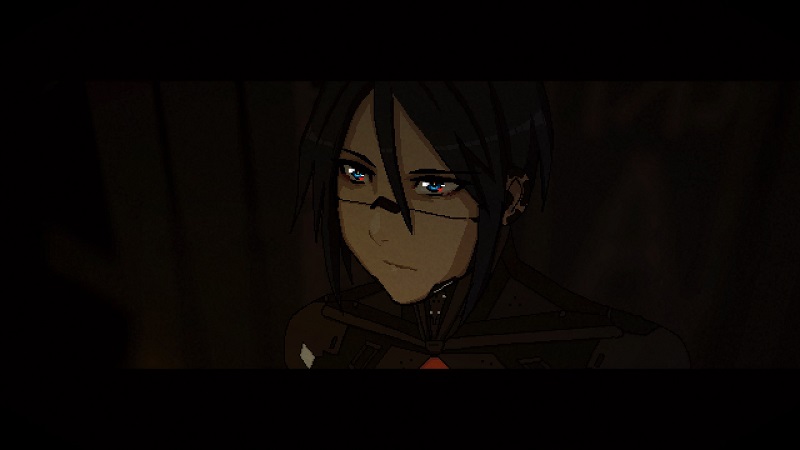 As mentioned before, the visuals on Signalis are quite strong throughout, with a mix of PS1 low-poly 3D and pixel art for certain things, and are visually striking and memorable throughout, and one of the strongest points of the game.

The audio is also well-done, borrowing a lot from Silent Hill as a whole, with a mix of industrial sounds and disorienting radio/static sounds, but it works well with the game’s aesthetic.

The controls are mostly solid, though the combat mechanics and door-opening mechanics can be a little iffy from time to time when you’re in a tight situation, but nothing that breaks the game. There weren’t any real crashes or glitches to speak of when testing across PC, Steam Deck, and PS4. 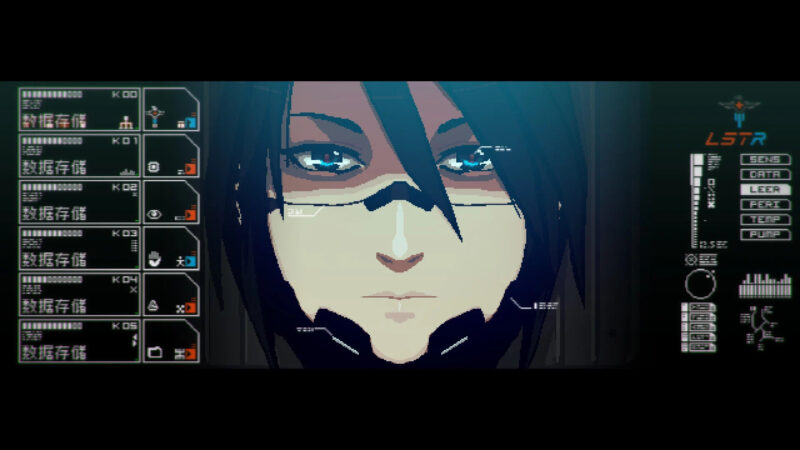 The game ends up being around 10-12 hours, so while it does have some length to it, a good one-third of that time is spent navigating a somewhat frustrating map-less section instead of enjoying the quicker pace from the first and third acts, so it’s hard to say the entire experience is equally enjoyable throughout.

Despite its shortcomings, Signalis is still a fun game, made all the more impressive by the fact that it’s made by just two people. With a few changes, it could’ve been up there with the best modern horror titles. Thankfully, the relatively low price of entry helps to make this more recommendable. It’s also on Microsoft’s Game Pass service, which can help curious players to give it a try.

Signalis can still be a fun experience for anyone who likes classic survival horror titles, as there’s a lot of homage in many places, though players may want to temper their expectations a little bit regarding the general design decisions to help have a better experience overall.