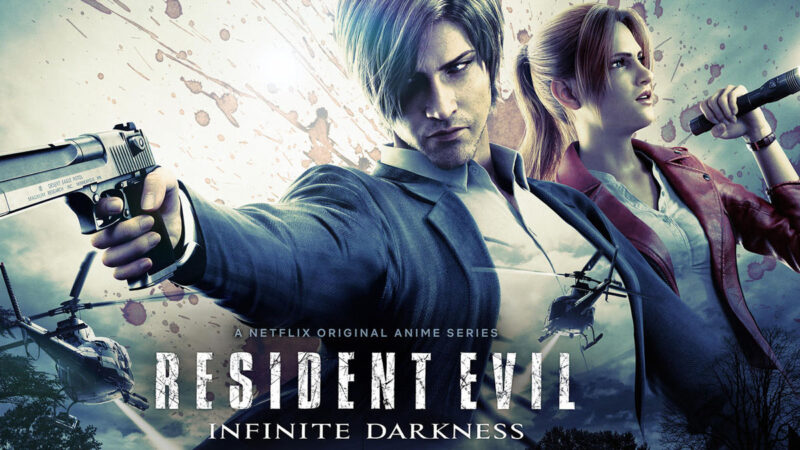 After months of waiting and high hopes, fans are finally able to sink their teeth into Resident Evil: Infinite Darkness, an original animated series that arrived on Netflix today. The fifth CG animated Resident Evil story, Infinite Darkness is a canon entry into the video game lore, rather than being its own thing, like the live-action films (and the upcoming live-action Netflix series).

Starring series veterans Leon Kennedy and Claire Redfield, and set between the events of Resident Evil 4 and 5, this series returns to both a time period and tone that the series hasn’t played around with in a long time, and it instantly felt nostalgic in a way I hadn’t expected. There’s a lot to really enjoy about Infinite Darkness, especially for fans that have been clamoring for a return to the “status quo” of the series after the massive deviations that Resident Evil 7 and Village took, but it’s also deeply flawed in a few places.

Without needing much of the game lore as a backdrop (although I’d recommend at least having played RE2 and 4), Infinite Darkness sets the stage with a terrorist attack on the White House, with zombies leading the charge — and the mysterious events of a military operation six years prior shrowding it. Set a year after Resident Evil: Degeneration (2008), Infinite Darkness brings Leon back to his time serving under the direct order of President Grahm, father of RE4‘s Ashley, and the tone and attitude of the character feels like a middle ground between the snarky secret agent of RE4 and the grimmer, more hardened veteran of RE6.

Claire, on the other hand, seemingly hasn’t budged an inch from her attitudes in Degeneration, that of an angry and resourceful human rights activist, looking to expose the corrupt, no matter the cost. The rest of the cast is populated by government agents Jason and Shen Mei, both seeking to expose threats to the United States, along with President Grahm himself and his advisors and chiefs of staff. 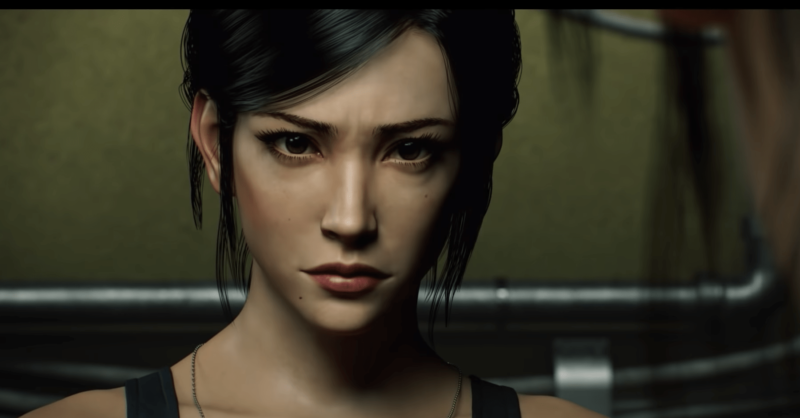 Unlike the previous animated outings, which were largely action movies that danced around horror in places (save for Vendetta, which drops the horror act altogether after a certain point), Infinite Darkness attempts to be a character drama, with horror elements. The story sets its sights on exploring the trauma suffered by outbreak survivors and the devastating impact made by the government’s attempts to keep things “under control” following said outbreaks. It’s a grim outlook that other stories in the series usually handle poorly or not at all; Leon’s inexplicable depression and alcoholism from the previous animated outing, Vendetta, comes to mind. I was surprised by some of the imagery and themes this series attempts, and a lot of it stuck the landing for me.

It’s also worth mentioning that, despite Netlflix’s bizarre NDA that precluded early reviews from talking politics, Infinite Darkness is also easily the most political story in the series. Dealing directly with America’s role on the world stage and the clash between protecting the system, and protecting the people. It’s heavy subject matter for this series and seemingly puts to bed any attempts at arguing that Resident Evil “isn’t political.” This series makes it very clear that it is.

That said, the series also makes some strange leaps that make the middle portion difficult to follow, largely due to a handful of moments that simply go unexplained, and in such a way that makes it feel as if the characters have information the viewer doesn’t. It ends up feeling like scenes were cut by accident — or even an entire episode, as the series seems like it would’ve benefitted from more time. It’s jarring and left me annoyed that the series had such a massive stumbling block. Given that it’s presented as a series, it’s a shame that it’s very clearly just a movie chopped into episodes, rather than trying to experiment with the freedom a series could grant.

Another issue, although this one impacts fans more than casual viewers, is the way the series handles the time spent with our two returning game heroes, which is quite frankly terrible. 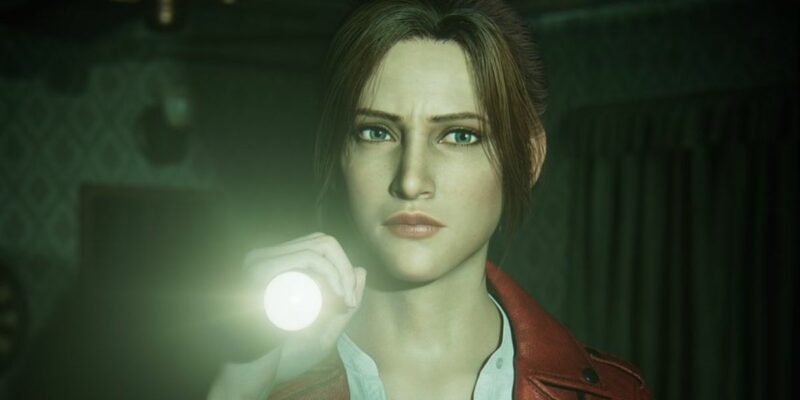 Leon’s story takes center stage here, as he dives into a conspiracy laid out over years and fights to stop the spread of a new breed of terror. Claire, on the other hand, is religated not just to the back seat, but I think she might be in a different car altogether.

Sharing not even half the screentime as her classic counterpart, Claire is largely forgotten about and makes almost zero impact on the story at large, which feels insulting to both the character as well as fans that were hoping to see her in action again. No, she isn’t a special forces agent capable of clearing dozens of the dead with precision and ease like Leon, but she’s a badass in her own right and was an integral part of Degeneration‘s story (as an example within this same series of animated features). Aside from one poignant moment towards the end (which seems to be a sticking point among fans online, but I quite liked), Claire honestly should have just been a cameo rather than billed as a co-star. This is the Leon show, Claire is just here to be on the poster.

Alongside the story, Infinite Darkness is also stunningly beautiful at times, with some absolutely incredible lighting and texture work that far exceeds the previous animated stories. I often found myself taken aback by its beauty, although it could just as often become undone by some weird animation problems throughout. Character models often look uncomfortable, drifting into someplace a tick below uncanny valley with the way they move and stand, and a few character’s faces look downright bizarre from certain angles. Leon’s strange Lego-hair cap returns as a big culprit to the unreal feeling these characters have, although it’s animated a lot more fluidly and bouncy than it has previously. Overall, one could argue it’s a stylistic choice, but it clashed with the hyperrealism of the lighting and textures.

As I wrap up here, it’s also worth taking a moment to give serious props to the horror moments in this series. While they aren’t the focus, I was surprised at how genuinely messed up they could be on occasion, and there were one or two moments with zombies that felt like the sort of terror I’d love to see from the games themselves. The introduction of a new creature, infected rats, was also a delight after nearly twenty-five years of wondering why the hell we hadn’t seen them yet, given how integral rats were to the Raccoon City outbreak. Creepy and wonderfully gory in an over-the-top way, I really loved the tone of the horror sequences, and while I thought they were spaced out well, the series could’ve done with just one more near the its end. 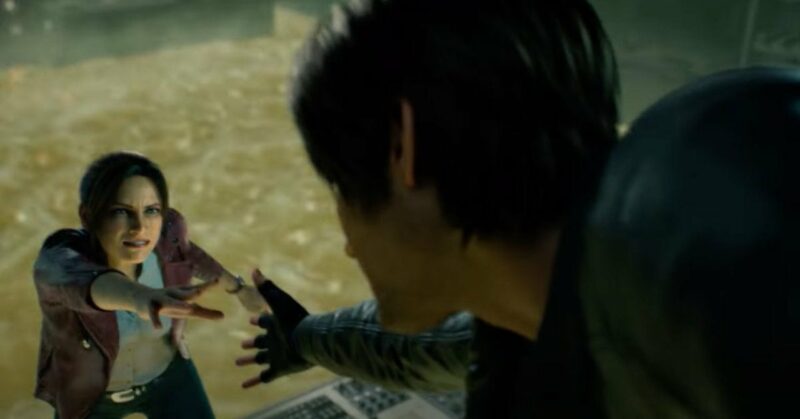 Overall, while it for sure has flaws, I really enjoyed Infinite Darkness. Perhaps part of that enjoyment comes from feeling nostalgic for the era of RE that the series is set in, which does make a noticeable impact on the story, but the genuine attempts at emotional drama (rather than the cartoonish melodrama of the previous animated entries) really sold it for me. It’s a massive shame that Claire was as side-lined as she was, but I’m hopeful that this series could be expanded into a second season that allows her more breathing room. Of course, that remains to be seen, and without a second season her inclusion feels awkward and more annoying than anything due to the filmmaker’s clear disinterest in her.

If you’ve been pining for the days of Resident Evil‘s yesteryear, this show is for sure something targeted at you. It isn’t perfect, but it’s remarkable in its effort to be more than just a dumb zombie shoot-em-up. I’d argue that newer fans would benefit from watching this in-between their playthroughs of RE4 and 5 as well, as it feels like it’s designed to be seen that way. I remain hopeful that a second season can help shore up this one’s shortcomings, but until then this is definitely a Resident Evil story I’ll be returning to. 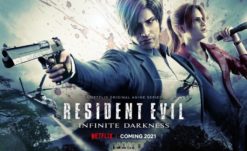