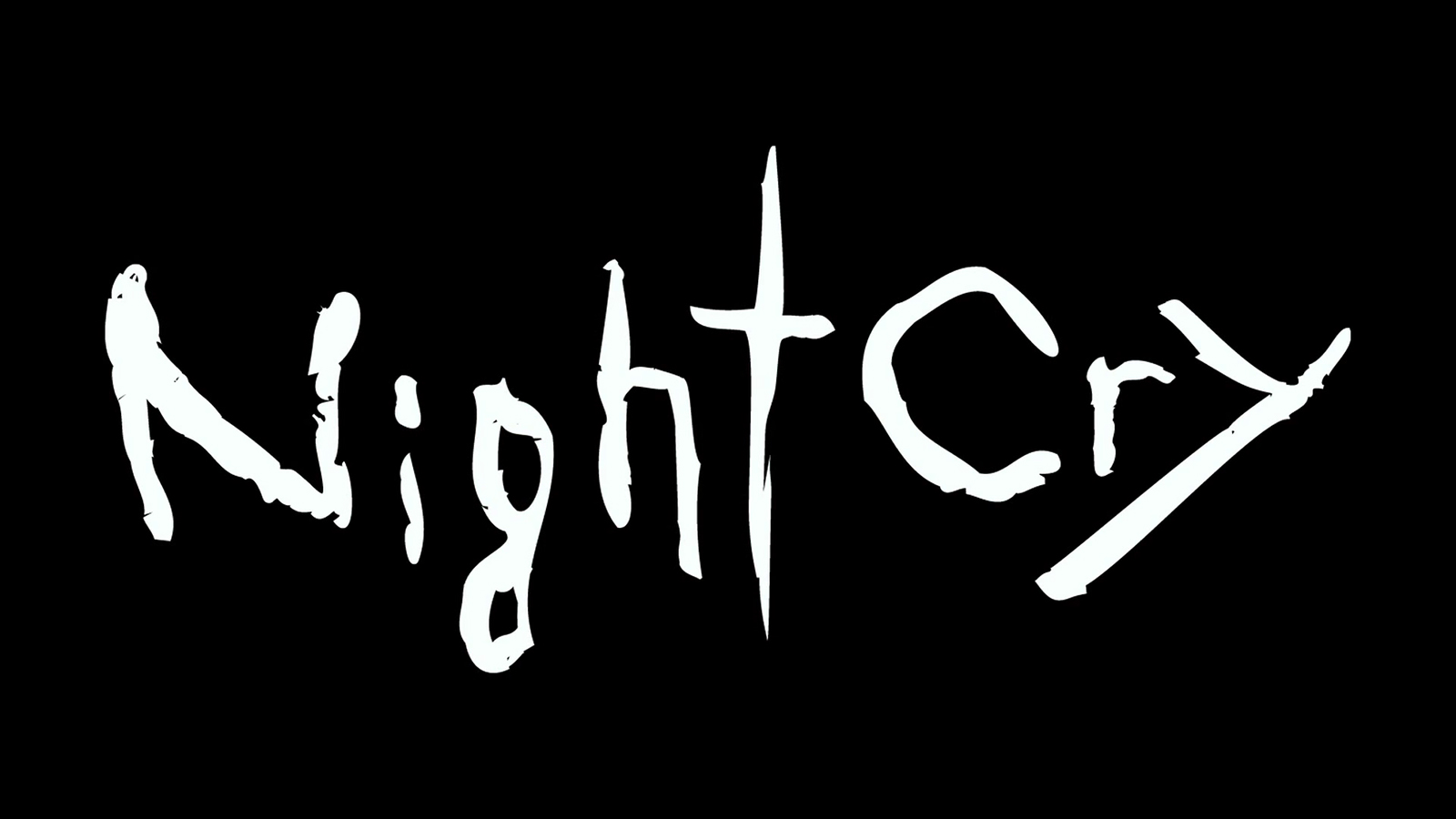 Playtesting is important; it’s a form of quality assurance that’s invaluable when creating a product meant to appeal to others. Forego this crucial step, and the biases and logic of its creators permeate the product. What’s created doesn’t consider how others think, play, and consume what’s being shown to them. In the case of Nude Maker’s NightCry, the spiritual successor to the Clock Tower series, a disregard for play testing leaves you with a nonsensical mess of a game that’s simply too frustrating to finish.

To be candid, no, I did not finish NightCry by my definition. I always set out to reach the end of a game, where credits appear before I write a review. I didn’t aim for NightCry’s good or bad ending, just whatever was dealt to me based on my natural decisions. But I technically did finish NightCry when I found out that I could not make progress near the end of Chapter 3, because I did not complete a secret task in Chapter 2. I couldn’t continue because I had reached one of the actual “endings”. The game was over by its definition. To change this, I would have had to replay the game from Chapter 2 onward. And if I wanted to receive the actual good ending, I’d have to find an item in Chapter 1 that went missed and replay the game from that point. No thanks. I simply called it quits right then and there. 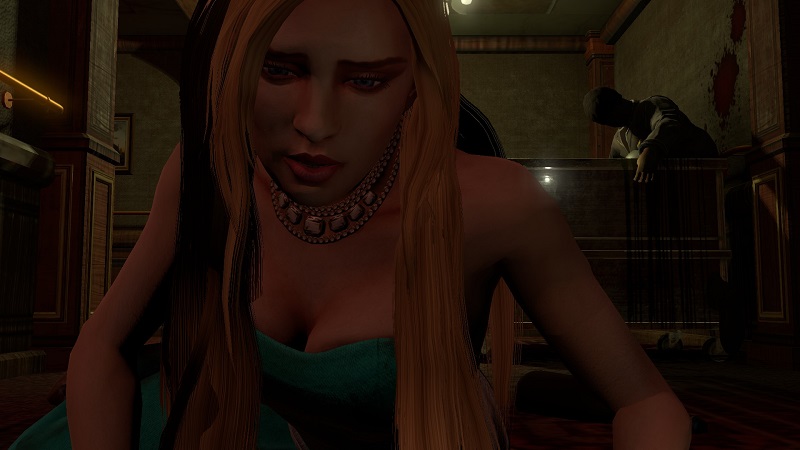 Before I give examples as to why I didn’t finish the game, let me describe what it’s about. Billed as a spiritual successor to the Clock Tower series from its creator Hifumi Kono, NightCry attempts to tell a spooky tale of a strange, supernatural force that has taken hold of a cruise ship and neighboring island. From what I gather, there’s a cult of some sort that wants to do something, and there’s a significant amount of cesarean-esque imagery. You play as one of three characters: Monica – a stuck up princess, Leonard – a well-meaning professor, and Rooney – a shy girl that occasionally hallucinates a mean little girl missing part of her face. Each character is controlled via awkward point-and-click mechanics and has equally awkward animations.

The main antagonist in NightCry is the Scissor Walker, a lumbering creature brandished with a big scissor designed by Silent Hill series artist Masahiro Ito. Don’t expect an incredible realization of its amazing concept art, though; the Scissor Walker is boring, and its pursuit is more of an annoyance than a challenge. Running away from it requires one to monitor a poorly executed stamina effect tied to the player’s amount of time running. What’s incredible, though, is that the player character runs at that same speed when not being pursued, with no stamina limitation present at all. When the Scissor Walker pops out (in admittedly hilarious ways), players have to be cautious of how long they run for otherwise they’ll fall on the floor rendered immobile for several second. It’s asinine. The only way to escape an instance of pursuit is to either find a good hiding place (bad ones lead to impressively humorous deaths) or use an environmental object to ward it off, like a fire extinguisher or … a children’s ball basket. 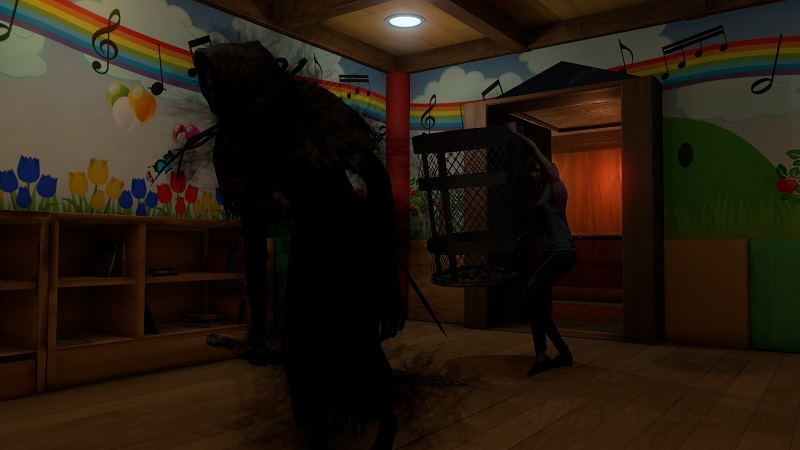 NightCry is very far from polished, and initially, I was able to tolerate that. The game is dated visually and mechanically, but as someone used to playing classic horror games, this didn’t deter me too much. What did upset me though was how mindless and illogical some obstacles in the game were. Many of NightCry’s “puzzles” rely on overly-obtuse connections between things within the environment and acquired objects. Obtuse puzzles alone would only mildly increase the game’s difficulty – as many survival horror games feature this – but combined with gameplay design that forces contextualization in the order the developers wanted, obstacles are infuriating. I did not want to re-experience this ridiculousness over again.

Let me provide an example of this game’s logical flaws and how they tie to gameplay. In the first chapter Monica, the first player character – a walking, moronic damsel in distress that opts to wobble in heels while a monster is stalking her – needs to find a Cafe. I spent some 45 minutes or so looking for the Cafe. In the immediate area, there was a Bar with a staircase that led upwards. Monica refused to explore the second floor of the bar because she had no reason to, outside of knowing her escape path was somewhere in the area. It was only when I found a map in the foreground of a hallway designating the Bar’s second floor as the Cafe could I proceed. 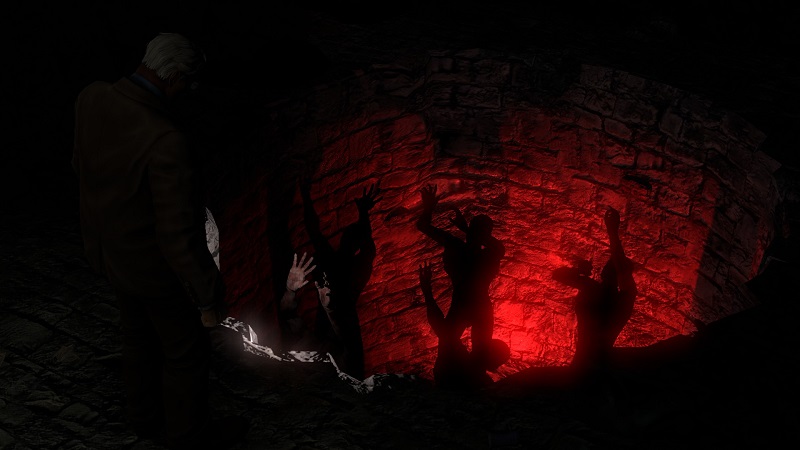 In Chapter 2 as the character Leonard, I stumbled across a tube of superglue. In a competent survival horror game, one would expect potentially relevant items to be added to the inventory for future use. Instead, Leonard merely observes the presence of the super glue and carries on. It’s only later in the chapter when I find pieces of a mask does the contextualization of the superglue “activate”. What this essentially does is push objective critical items into the foreground like any other observable scene. Frustrating problems like this litter NightCry, and clearly stems from a disregard, or lack thereof, of playtesting. 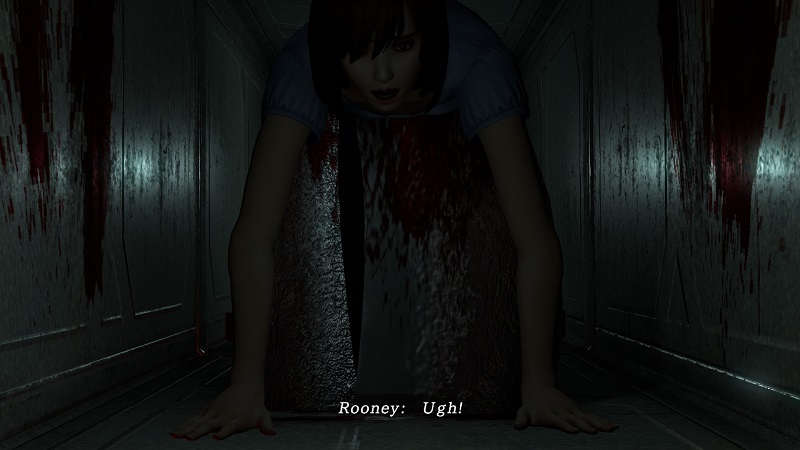 NightCry is a game that can’t be taken seriously, which is partly why I had hoped that my $25 Kickstarter investment would at least be worth some laughs. The game’s visuals leave much to be desired but had a certain charm much like Deadly Premonition. Its narrative is all over the place, with terrible and awkward dialogue – again something I was hoping would at least be amusing, but most of it is text-only and not on screen long enough to be fully read (apparently this was patched very recently). The game’s story is nonsense, and the characters are plain boring. In Chapter 3, all of the character Rooney’s classmates for whatever reason make fun of her perceived suicidal tendencies. What the fuck? 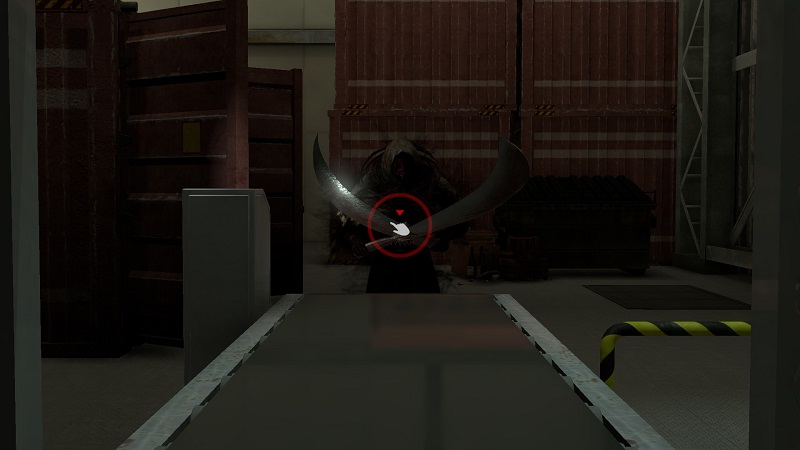 Somewhere along the line, Nude Maker ran out of money. I’m sure the developers of NightCry had all of the best intentions to make a true successor to Clock Tower, but what we got reeks of a game that simply dreamed too big and didn’t receive the proper amount of polish that it needed. The Kickstarter-funded the PC port of the game, probably a large chunk of development as a whole, and I wonder if a release on other platforms will even be possible given the game’s reception. 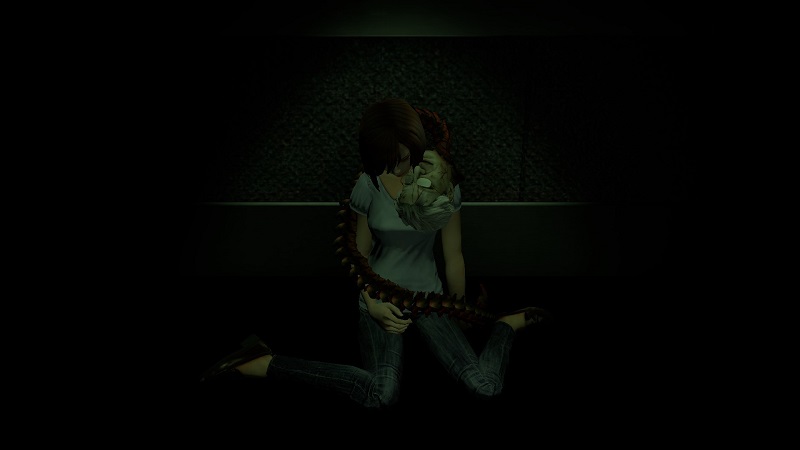 But that’s neither here nor there. All of my frustration boils down to the conclusion that NightCry is a game that simply doesn’t respect your time and therefore doesn’t deserve it.