Review: Night At The Gates of Hell 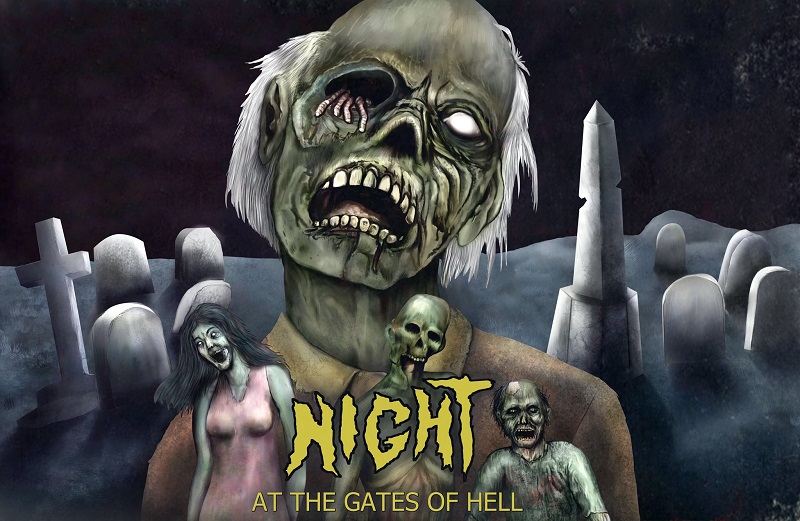 After establishing themselves as a talented indie developer over the last couple of years, Black Eyed Priest is back with a follow-up to last year’s Bloodwash called Night At The Gates of Hell, which promises to expand and improve upon everything that has come before it.

Night At The Gates of Hell manages to deliver on this promise, delivering a far more polished, longer, and more satisfying experience than before. It succeeds in delivering a package of horror that stands as one of the best of its kind.

Similar to Bloodwash, Night takes form as a first-person low-poly horror experience that evokes the visuals of 1990s 3D games and mixes it with tons of cinematic inspiration from the Italian zombie film craze of the 1980s. 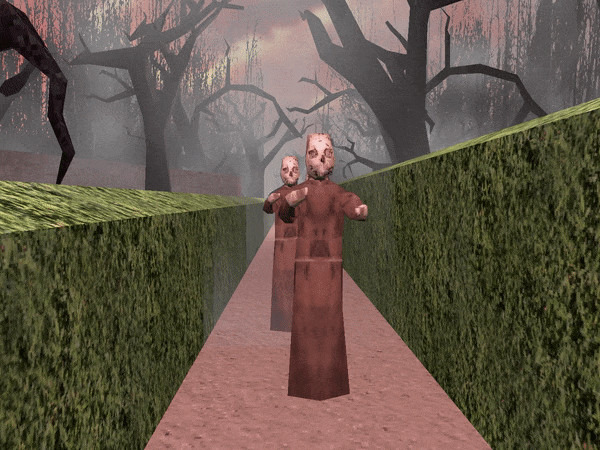 The main experience of Night At The Gates of Hell is a four-six hour experience, depending on how long some of the puzzles might take you, which is considerably longer than any other low-poly horror experience that’s come out of the recent boom in the last few years. The experience is filled with many different environments, each with its own unique sets of zombies to kill and things to see, making this feel much more like a full-fledged game than a bite-sized idea or proof-of-concept (as many titles in this style end up being,) and it manages to stay compelling the whole time.

The combat here is another thing of note since it equips you with a revolver or a shotgun, and you’ll need to scrounge to find the ammo needed to take on the hordes you’ll encounter as you go through your journey, and the guns have considerable reload times, making combat an always-tense encounter. There’s also a “defense item” system (think Resident Evil 1 Remake‘s knife/taser system) that goes a long way in protecting you against some potentially cheap deaths along the way and makes things feel more balanced overall. 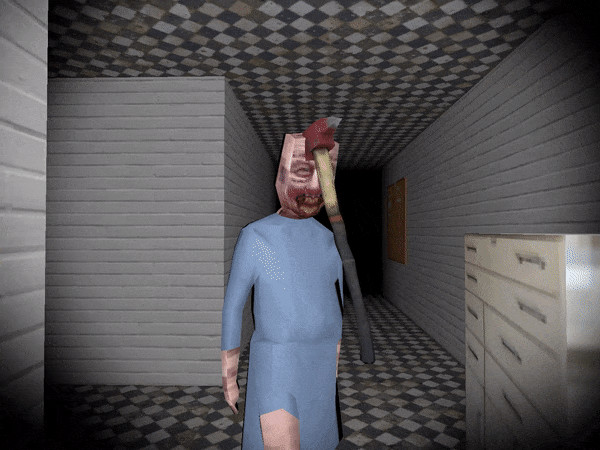 Night also manages to avoid some of the pitfalls that many modern low-poly horror games do, by not relying too heavily on jump-scares for a lot of its bigger moments, making things more of a creeping suspense that leads up to a tense encounter, and more relying on the oppressive sound design and cramped nature of the environments to allow the game to create its own sense of fear or shock when something does come up.

The combat remains tense through the whole game and is one of the more standout parts of the experience, and one that many modern indie horror titles have trouble getting right, so it’s especially nice to see that implemented so well here. 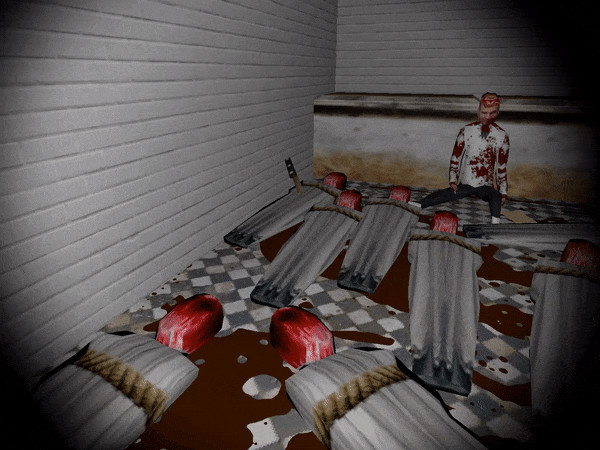 The inspiration from the 1980s horror films is a nice treat for anyone familiar with this era of filmmaking, with very direct references from films like Zombie, City of the Living Dead, Burial Ground, House by the Cemetery, Hell of the Living Dead, and many more shining through and capturing the similar bleak tone that helps set a standard for the game.

The controls function extremely well, whether you’re using a keyboard and mouse or a modern controller solution, where every function works as it should and there’s optimization for using analog sticks, which is another often-overlooked feature for this type of game. There are also plenty of visual options and features, including visual filters of many kinds and intensities, different resolutions and framerate options, and everything you need to tweak the experience to your preferences.

The mechanics on some of the doors in the game are slightly buggy from time to time, but nothing that ever broke the experience, and there were no other major glitches or bugs that detracted from the game delivering on its promise. There will likely be some patches in the future just to polish up the experience, but even in its current state, these don’t do anything to majorly negatively affect the game. 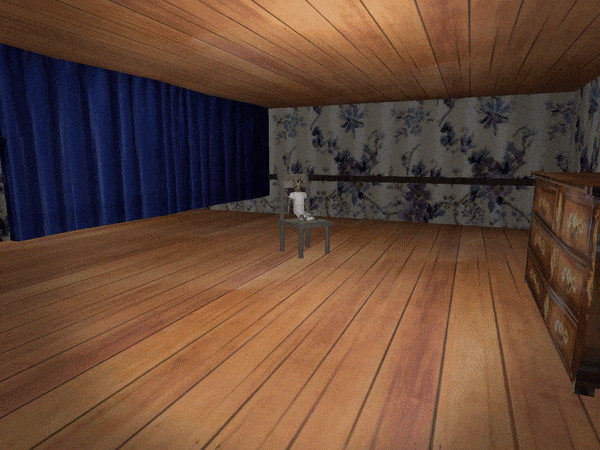 As an added bonus, after finishing the main game, there are two additional games that unlock from the main menu, including Black Eyed Priest’s previous mini-title The Booty Creek Cheek Freak, as well as Evil In The House of Dr. Fleshenstein, making this package an even better deal, especially for the low price tag.

Booty Creek is a kind of comedy/horror title that just involves trying to find items in a labyrinth while avoiding the pursuing killer, with some genuinely funny moments, even if the gameplay doesn’t amount to much besides a race against the clock, but it’s still a fun little experience for 1-2 hours of your time.

Dr. Fleshenstein is essentially an extra mode of Night, and it plays out much like a Call of Duty Zombies mode, where you have to kill enemies to open more rooms and find items to help you survive the house for an entire night. This one is a lot of fun and lets the combat system of Night shine bright since you’ll be killing a lot of zombies in order to survive the night in this house. 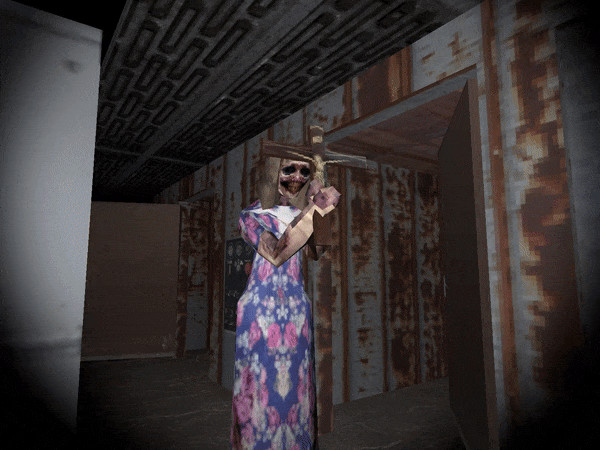 Night At The Gates of Hell stands as one of the most fulfilling and content-rich low-poly horror releases in modern times. It should set a standard for any major releases from the genre when they want to flesh their ideas out into bigger projects.

Hopefully, we’ll see a wider release for the game on consoles at a later time, as I’d gladly play it again on a modern console, or maybe even a future sequel or similar game from the developer, which has already been teased as a possibility if Night is successful enough.

Definitely check this out if you enjoy 1980s zombie films or low-poly horror in any capacity, you won’t regret it.