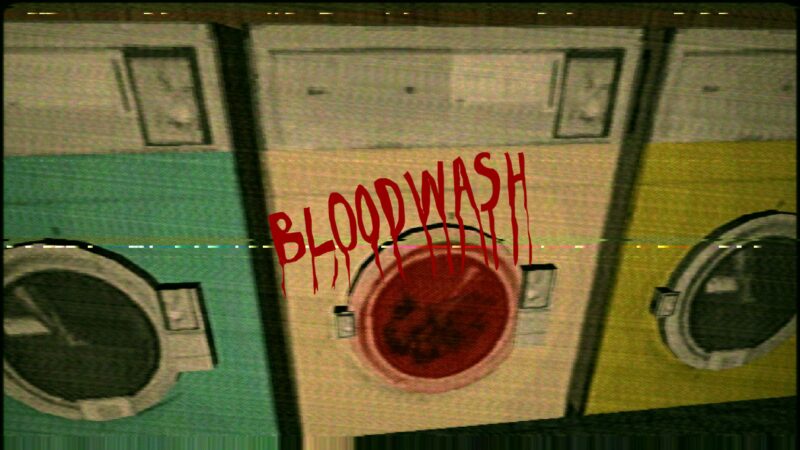 Over the last couple of years, the indie horror scene has slowly become home to the world of, for lack of a better way of putting it, low-poly 3D horror games. Separate from the more typical indie fare, these games have aimed towards a very specific era of 3D visuals that evoke something close, but not quite identical to, late 90s 3D games. Games like Half-Life and Quake serve as the groundwork for these wonderfully aesthetic haunts. In recent years, this style has birthed some of my favorite indies thanks to them often offering a more grounded and pragmatic experience. So is the case with Bloodwash, a new indie game developed by Black Eyed Priest/Jordan King and Henry Hoare, and produced by Puppet Combo.

Inspired by Giallo horror films, Bloodwash cuts right to the bone with its deeply disturbing narrative. You play as Sara, a young college student stretched thin between her unsupportive boyfriend, joblessness, and the first few months of pregnancy. When her crappy apartment’s washer breaks down just when she needs clean clothes the most, Sara is forced to take a trip to the only 24-hour laundromat in town in the middle of the night. All that would be bad enough, but these nights are made extra dangerous thanks to a vicious killing spree, committed by the Womb Ripper, a killer that mutilates pregnant women and steals their unborn children. 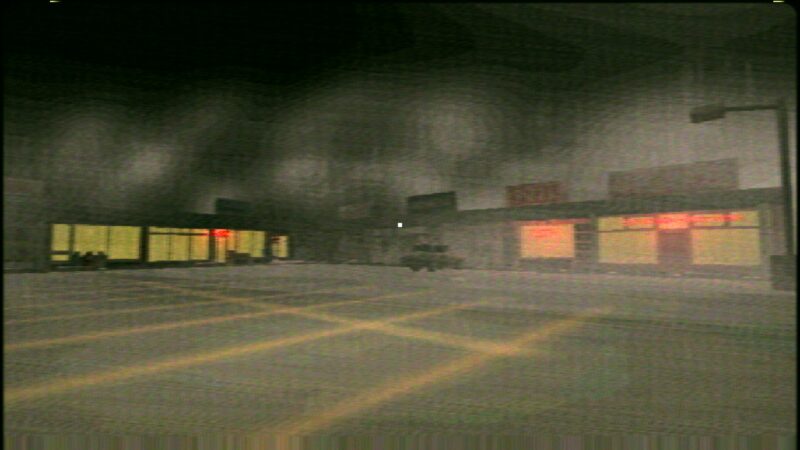 From the word go, I was immediately drawn in with Bloodwash‘s surprisingly reserved pacing, which allowed the tension to build rather than sprint headlong into the scares. The game eases you into this world one step at a time and allows the atmosphere to build around you. Once Sara makes it to the laundromat, the sense of late-night loneliness, where it’s hard to not feel at least slightly unsafe, is palpable. Whether it be walking between the other open businesses next door, or simply waiting in the cold laundromat, you can feel the eerie stillness of the world around you. To ease the tension, you’re given free rein to explore the small strip mall while you wait for your clothes to finish washing and drying, finding things to make the wait more bearable.

The variety of extra activities is surprisingly diverse, from flipping on the laundromat’s TV to watch old public domain cartoons and movie trailers or playing Atari era video games, there’s a lot to kill time with. One of my favorites was the inclusion of a number of fully-fleshed-out comic books that darkly mirror the Womb Ripper killings, which range in style from 1960s EC comics to the 1990s SLG indies. As someone who illustrated a comic for an indie horror game last year, it’s really gratifying to see this trend catch on. The comics are put together by indie artists and creators who are all fully credited in each issue to boot.

Exploring the other businesses surrounding the laundromat leads to more information about the world and the killings. Each person you can talk to offers their own perspective, and can even be pressed for more info by showing them items you collect. Some are alarmist and uninformed, while others are more down-to-earth, and others still are straight-up cryptic and bizarre. Each new character has their own quirks and personality, although all of them have a strangely uncomfortable aura, as the kinds of businesses open this late feel weirder and weirder. A 24/7 laundromat isn’t that surprising, but a hardware store? It’s worth checking in with everyone, rather than just waiting out the washer/dryer cycle (which completes in real-time), so explore as much as you can. 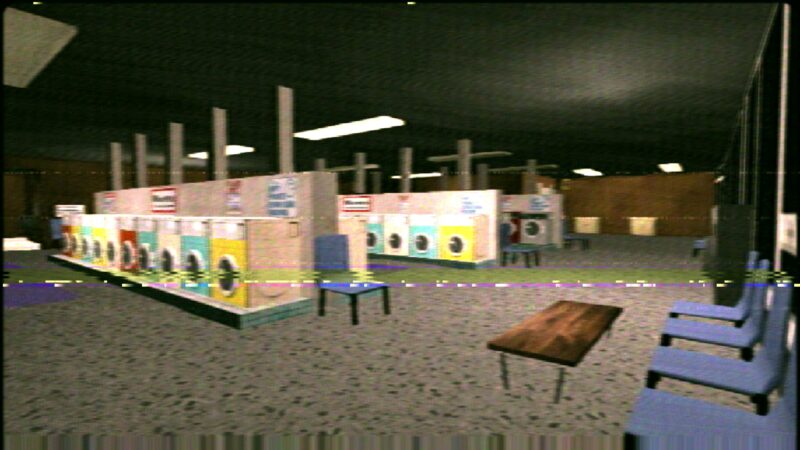 In terms of presentation, the game features all of the “crusty” goodness you can expect from this style of game, however, it also layers a number of VHS and grain filters over top of the gameplay. While it might seem distracting at first, I felt that it added greatly to the atmosphere, reminding me a lot of playing games and watching rental tapes on my tube TV as a kid. Turning them off is always an option of course, but I found the game to be far too crisp-looking without them, and it loses a lot of what is clearly Bloodwash‘s intended personality. Playing sans filters also uncovered some very nasty screen-tearing that made play disorienting.

The audio and score especially are also real highlights here and offer that final punch the atmosphere needed to complete its oppressive blanket around the player. Bloodwash also features fully-voiced characters, which was a welcome surprise considering the size of the cast, although the quality of the performances bounces around wildly. Some of the actors and actresses feel more experienced than others; that said, considering the genres this game is trying to mimic, that may have been intentional. Either way, the majority of the cast does a fine job so it isn’t that big of an issue. 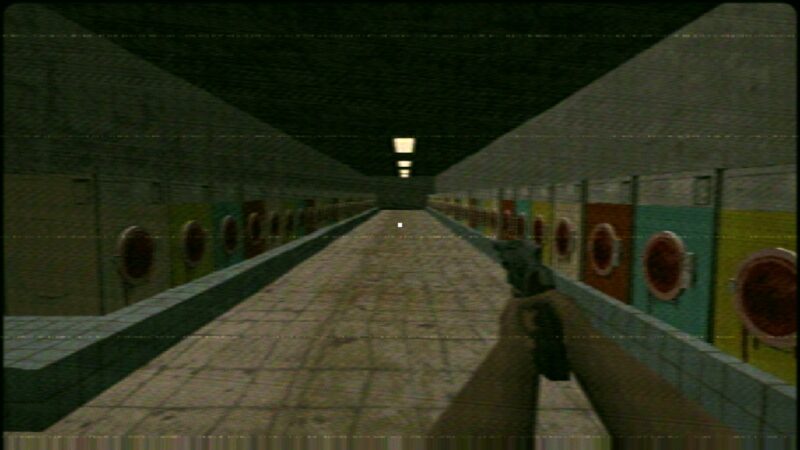 Of course, it can’t all be tension, and eventually, this calm is shattered by the appearance of the Womb Ripper, who spins Bloodwash out of control into a nightmarish race for survival as you’re stalked through the killer’s lair. While the Womb Ripper’s arrival is startling and the out-of-control direction the story takes afterward is fantastic and shocking, their design is sadly a smidge underwhelming. It can be hard to create a genuinely frightening horror character, but I can’t help but feel this one needed just a little more going on, especially after such an excellent build-up. The descent into hell that follows makes up for it, however, and the tonal shift between the two halves of Bloodwash is jarring in the best possible way. It might feel plodding to get to that point for some, but it’s worth the wait.

Bloodwash keeps the variety solid up until the very last second of the game and does an excellent job of giving you as much bang for your buck as possible. I don’t regret my time with it at all. While it’s short (my initial playthrough was about 90 minutes), Bloodwash offers an amazing amount of depth for the genre and one hell of an ending that feels reminiscent of other great horror classics like Condemned: Criminal Origins.

With effectively cinematic pacing and a wonderful sense of atmosphere and chills, Bloodwash is a wonderful way to start this year’s Halloween season on Steam.