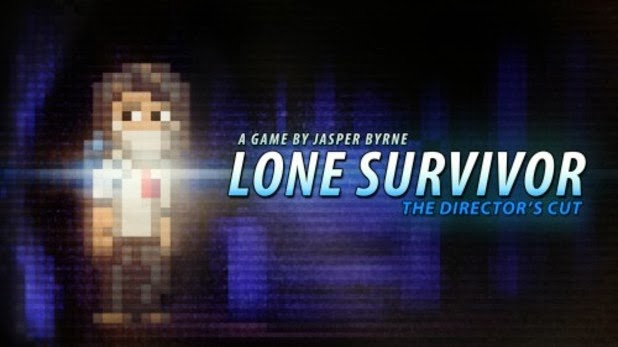 Lone Survivor is a PC & Mac indie horror game released last year, which pulled a lot from sources like Silent Hill and David Lynch. The game was welcomed to much critical acclaim, and for good reason. In my original review, I stated how much enjoyed the atmosphere, unorthodox story, sound design, and the focus on choice the game laid out for the player; however, the abrupt ending left a bad taste in my mouth, and I even left an editor’s note challenging Jasper Byrne to build upon his game with more content. Here we are, a year-and-a-half later, and he’s done just that.

Lone Survivor: The Director’s Cut is an updated version of the game, released on PS3 and Vita, and releasing freely to those who already own the PC/Mac version on Halloween. The game as it was a year and a half ago is still there, fully intact, as almost all of the new content has been locked into New Game+ mode in order to leave the original imprint of the game for newcomers and veterans alike to experience. Instead of treading old-ground, this review is going to focus on what the new content brings to the whole package, how it rounds out the experience, what changes have been made to the game and what’s been polished, how it plays on both the PS3 and the Vita, and what newcomers can expect from Lone Survivor as a whole. 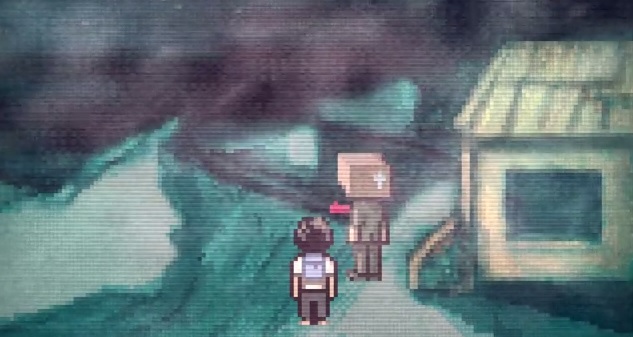 Lone Survivor stars a character known by nothing other than “You,” who may just be the last person on Earth. The game is reminiscent of survival-horror during the PS1 and PS2-era of games, while also feeling like something vintage due to the 2D nature of the game. The graphics are simple, but effective in letting your imagination work out the details around you, and are backed-up by an excellent soundtrack and audio design. The Director’s Cut makes these aspects even more impressive, with an improved lighting system and more replayability than the original game had. The story is interesting and odd, but you should not be expecting concrete answers to anything, and it’s likely that the first time you complete the game you’ll be left with more questions than answers. Lone Survivor oozes atmosphere and charm. It exudes an isolated feeling that I believe almost no other game has matched, and presented an interesting take on the question most will ask themselves sometime in their life, “What if I really was the last person on Earth?” You have to go out and gather supplies, eat and sleep, trying to make a home out of the desperate situation. You’re free to do anything, and given choice with no one to tell you “no” other than yourself. This element of the title makes up about half the game, matched with a very Silent Hill-inspired classic survival-horror set-up of limited supplies, monsters to evade or overcome, and collecting items throughout an interesting psychological story. These two sides never feel at odds with each other, and help create the game’s unique identity despite being an obvious love letter to certain works in the last 20 years.

The Director’s Cut is the definitive version of the game for those who want to sit down for a good 3-5 hours to experience this isolated tale of You’s. It does end abruptly, but with more than a little re-playability, though it can get a bit tedious in its middle section and limited enemy selection and puzzle variety can wear thin from time to time. Despite this, it’s still an indie classic that really can be customized to fit several different gameplay styles. 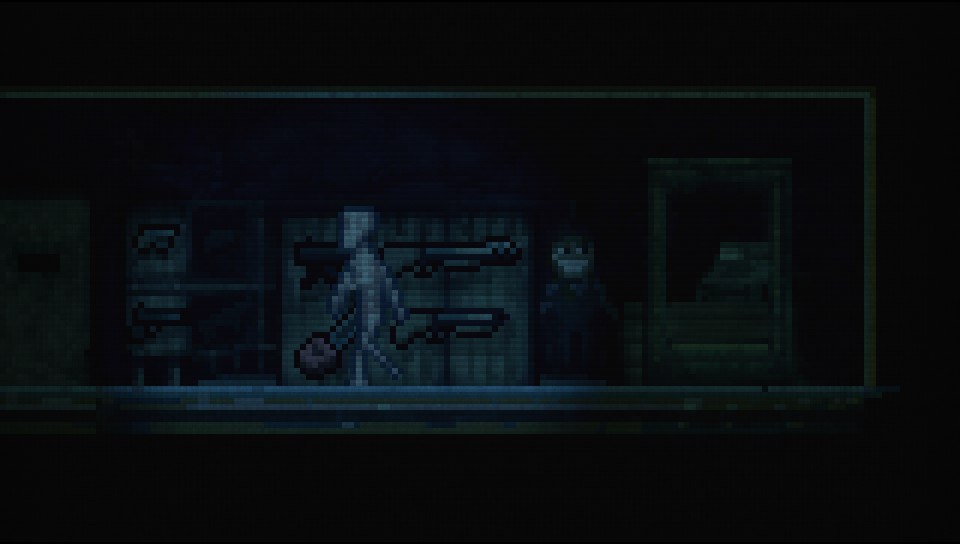 The PS3 and Vita versions are very good ports of the original game. They have a lot of heart put into it, and small touches that can definitely be appreciated. One only earns trophies when they go to sleep, as to not interrupt the flow of the game. It’s obvious that a lot of care was put into making sure the ports run as smoothly as possible on both platforms. The game even allows for cross-purchases and cross-saves between both versions, which is a definite plus.

The Vita version, however, deserves particular mention. The game almost seems tailored for handhelds. The low-resolution and lighting effects match the Vita’s screen perfectly and the portability allows you to play in whatever dark, isolated environment you choose – which can make the game even creepier than sitting in the familiar living room setting or in front of your PC. If you have both a PS3 and Vita, I highly suggest playing it on the Vita, as it seems to bring out the best elements of the game, and is an easy pick-up-and-play title.

The ports aren’t perfect, however. I noticed when the game occasionally loaded a lot of the newly designed lighting effects, there’d be a brief half-second pause in the gameplay, but this small detraction is in no way game-ruining or detrimental to the otherwise thoughtfully ported game. If you’d prefer the game on your PS3 or Vita, you can be certain you’ll be getting an experience just as good as the PC version. 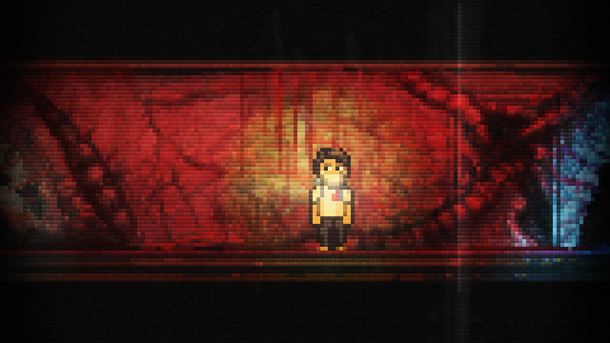 When you first play the game, you’ll only notice a few new things. “The lighting is improved! Oh, they updated that graphic! What’s with the strange blank boxes on the new title screen?” Only a bit of new content has been added to the original game, with most of it being locked to New Game + (which you start automatically after beating the game once and selecting New Game again, though, the game does not tell you this). Finding the new content without any sort of guide is almost like a puzzle. You could go through the whole entire game a second time and not even encounter or be aware of any of the new content. For those who experiment and are good at the game, it becomes apparent that Jasper Byrne is a sneaky, sneaky developer. At the time of this writing, he claims that there’s still many more secrets in the game that no one has found yet, and with how obscure some of the hidden stuff and new content is that I’ve found, I can believe him.

From what I’ve seen of the new content, it will be appreciated by fans of the original game. The two new endings are now my personal favorite endings in the game. Some of the new locations are deliciously twisted and weird, even by the normal game’s standards. I won’t dare spoil any of it here, but the new content brings interesting new layers to the story and adds more gameplay variety and options. Some of the content fits both into the game’s more fluffy and humanized moments, as well as its moments of dark oppression and abstract surrealism. It’s not content that changes the game from the inside-out or adds hours of new experiences, but it does help make it far more interesting to dig around in and discover, and the new endings and dialogue help bring some more closure to the story.

It’s not exactly game changing, but it certainly adds to the charm and builds upon both the re-playability as well as the overall experience for those who already loved the game. 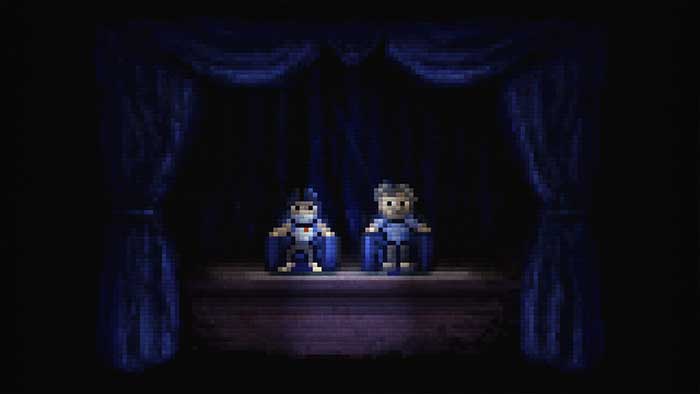 Lone Survivor: Director’s Cut is definitely the definitive version of Lone Survivor, taking all there was to love about the original game and building on top of it. That said, the new content is less of a game-changer and more additional content that just expands on itself. The flaws and gripes of the original game are still there, and the new content really has to be dug out of obscurity to discover. What the game always did well, it continues to do – in fact, it may even do it better. With a lot of touch-ups, new content that gets even weirder and darker than the original game, all met with the spirit of a choose-yourself gameplay style and tense atmosphere, Lone Survivor: Director’s Cut does what it sets out to do: bring the game to new audiences with a definitive and more widely available version of the game and add just a little something extra for existing fans.