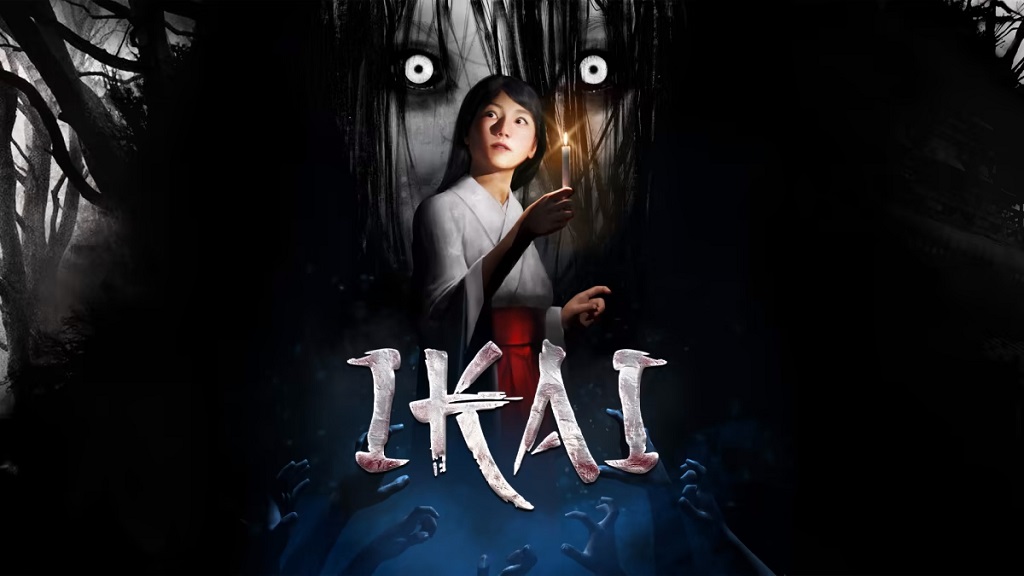 In the horror gaming genre, it’s not all that often that we get games that really double down on featuring traditional Japanese aesthetics outside of things like the Fatal Frame franchise or a few other exceptions like Kuon or the a few of Chilla’s Art games in recent years. Ikai is a new game from a small indie studio in Spain that aims to set itself within that same category of horror experiences that focus on the aesthetics and mythology of Japan’s past in a big way.

The game has been in development for around three years and has been through a lot of changes along the way, with the game that was shown off a few years or even months ago being very different from the final product that we’ll be looking at today, but I’m glad to report the game is now finished so we can take a look at what it has to offer and if it’s earned its place among the other games in this category of aesthetics. 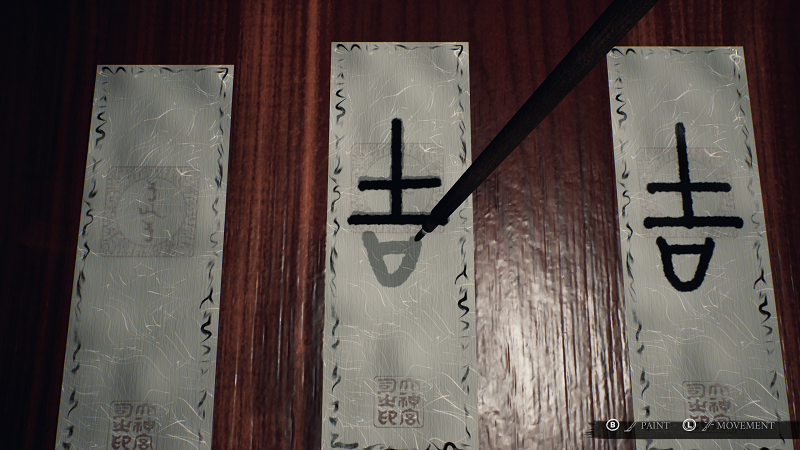 For starters, Ikai is a first-person horror game, which is all too common of a perspective for the horror genre nowadays, and it features a lot of the same things that most other first-person horror games do, with one major defining feature that sets it apart, which is the mechanic where you must draw calligraphy seals on paper in order to contain the evil spirits you’ll encounter throughout your experience. The player is required to draw the seals which consist of drawing Japanese kanji characters manually, by using your controller or mouse, which is something that hasn’t really been done much in the genre outside of a small few DS/3DS or mobile games.

The story sets you out in an undisclosed time in feudal Japan as Naoko, a young priestess, whose responsibility it is to keep the local shrine safe against invading negative spirits that come to wreak havoc on your small mountain village. The story is mostly told through short monologues or notes you’ll find scattered around the game, mostly letters from your family members or other various villagers with their own stories.

There isn’t really a whole lot of story to speak of here, where it’s just enough to push forward the objectives for the player, with no real depth or character to most of it. There are also some interesting collectibles scattered around the game that teach the mythologies behind various Japanese Oni or demons from folklore, which is a nice touch and includes some nice traditional art for each one you come across.

As the story progresses, you find that your village has come under attack from various evil spirits while you were out doing your domestic chores in the forest nearby. Naoko arrives back at the village to find that night has fallen and all the buildings have some strange auras and happenings going on, and you set out to find and banish the demons that have invaded. 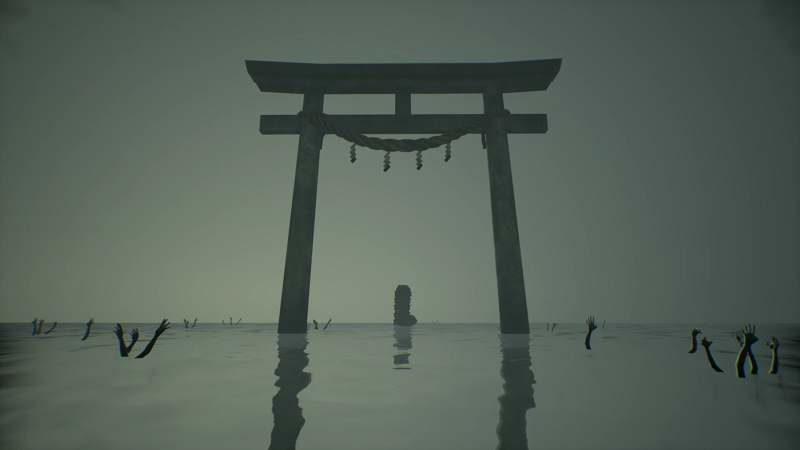 The gameplay itself consists of mostly narrative/walking sim elements with some puzzle solving and a little bit of chase and stealth mechanics from time to time, along with the previously mentioned seal-drawing mechanics here and there. While most of the gameplay consists of the fairly monotonous exploring/narrative segments, the other segments mixed in can be pretty compelling while they last.

The seal-drawing elements get a little more complex later, as you need to light a nearby lamp in order to start drawing in certain places, and there’s also the pressure of having to draw the seal quickly before the demon can get close to you and interrupt what you’re doing. It’s nothing that revolutionizes the genre, but it’s a fun set of mechanics that stand out a bit when they do pop up.

The puzzles are a particularly high note for a lot of the game, though there’s one puzzle, in particular, that doesn’t provide nearly enough context to figure out in the current version and isn’t one that you can likely figure out by process of elimination, either, which put an unfortunate halt to the pacing of the game near the end. The puzzle in the well stands out as fun and tense, and several others are more logical or brain-teaser style and will likely satisfy those who love puzzles, but that brings us to another one of the biggest downfalls of the game overall; the length. 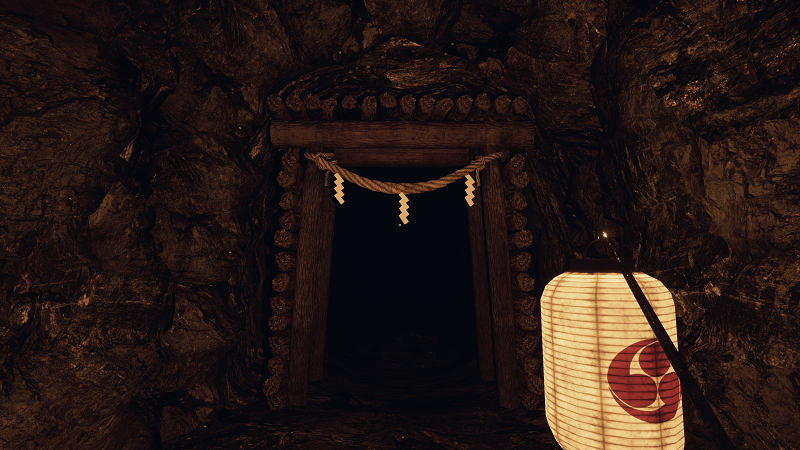 Ikai will likely not take anymore than 2-3 hours to complete for most players (barring the badly-designed puzzle later on) so most of the mechanics that are fun here end up feeling under-used or just not fleshed out enough to feel truly satisfying. Similarly, the game only consists of two relatively small areas to explore, being the village/tunnels and the forest, and the whole game simply consists of wandering back and forth between the two of them several times with slightly new puzzles or enemies each time.

This makes the whole game feel fairly underwhelming overall, even if there are some good things within and some good execution of atmosphere or jump-scares from time to time. The atmosphere feels pretty similar to Fatal Frame, just without the modern characters and elements FF has, and it definitely works well in many parts, especially when combined with the sound design, which generates some genuine chills and scares throughout. 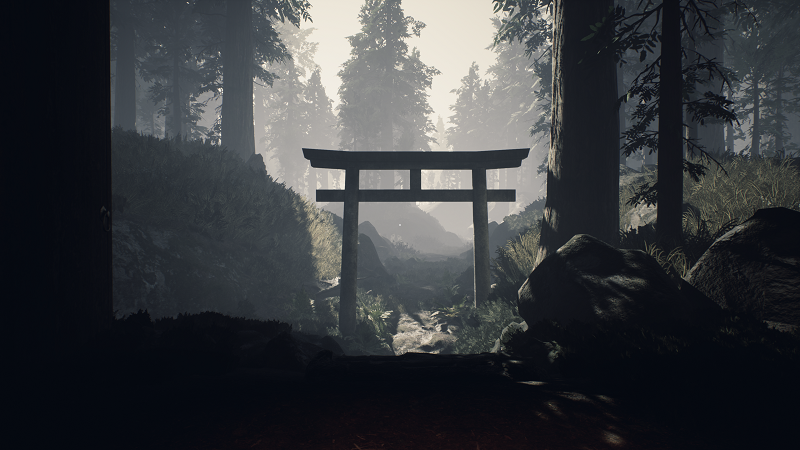 Since there isn’t a whole lot to talk about as far as the gameplay is concerned due to the short length and similarity to other first-person horror games, we can move on to some of the other elephants in the room, which is the technical performance of the game across various platforms. We were able to test the game on the PC and Xbox series platforms, and there’s a stark difference between the two experiences in several ways. We’ve also been told the build of the game on the PlayStation consoles is essentially the same build as the Xbox one, so we’ll assume the discussion here applies to those as well.

First of all is the current state of the builds in regards to language options, as there are a few sore thumbs in the experience since after playing it in Japanese on the PC version, it’s a much better and more authentic/immersive experience overall to play in Japanese rather than using the English dubbing.

The English dubbing track is particularly bad as a whole, not only because of the quality of the voice work, but also the translation to English (which includes the subtitles) is just a total mess overall. Many phrases don’t even make sense in the state they’re currently in, and the English dubbing mostly follows that same bad translation, so it’s not likely this will be fixed later on, since the whole dubbing track would have to be re-recorded. It’s understandable that localization can be a tough thing, especially for indie studios, but this one definitely detracts from the experience overall, which is unfortunate. 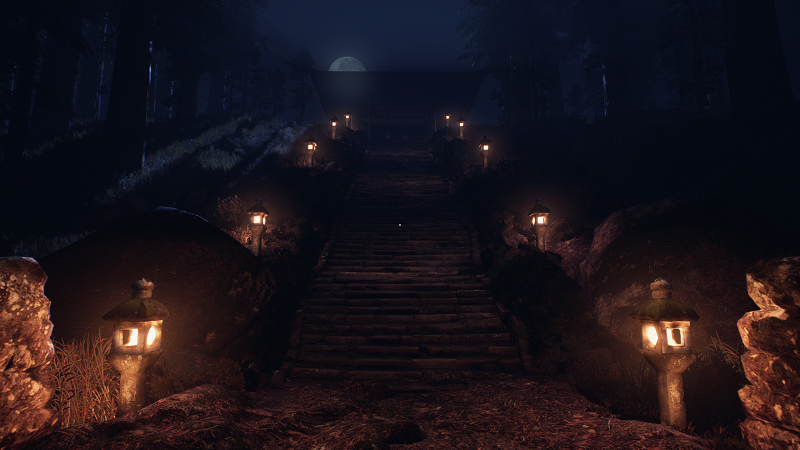 Aside from the language issues, the game suffers from massive performance issues on the consoles in a way that almost entirely kills certain scenes, including some very bad texture pop-in issues where the game remains entirely un-textured as basic, ugly polygons for quite a while after loading an area, even on the newer PS5 and Xbox Series consoles. Hopefully, this can be improved later (though the devs themselves told us this is unlikely to be fixed soon, if at all,) but past this, there were several instances where the textures never actually loaded in properly, and the visual effect of some entire scenes was ruined by having no textures at all.

Thankfully the performance is much better on the PC version if you have a PC that can handle it well. It’s not the most demanding game out there, but the performance feels sluggish and unsteady even on a fairly high-range gaming PC, especially for being such a fairly standard visual experience overall, which leads to believe that it’s still fairly un-optimized overall. 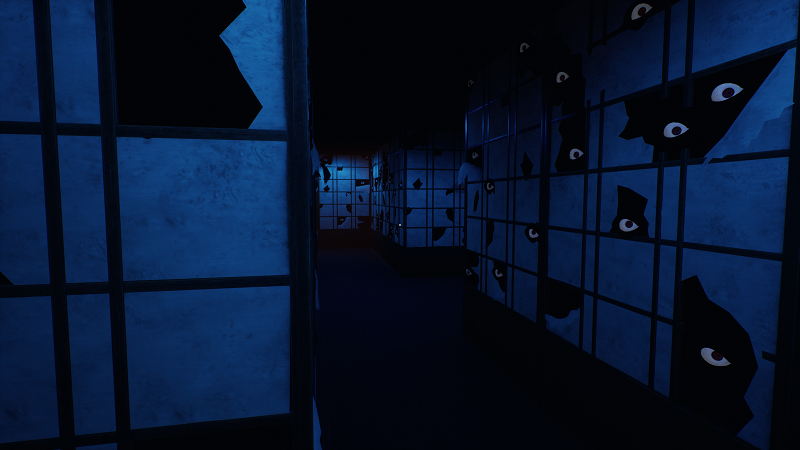 Aside from the visual issues, there’s also a lot of discrepancy between the control schemes, as Ikai does not feel like it’s meant to be played on a controller at all. Some of the control bindings for the console and PC don’t feel very natural and make some scenes very difficult to navigate because of the awkwardness. This may be fixed later, but it’s clear that a keyboard and mouse is the preferred way to play the game.

We’re hoping that several or all of these issues can be resolved in future patches, but in its current state, there’s a lot left to be desired on the console versions. Especially for the current price of $15 for the digital version, we’d recommend staying away from these at the moment until they’re fixed. 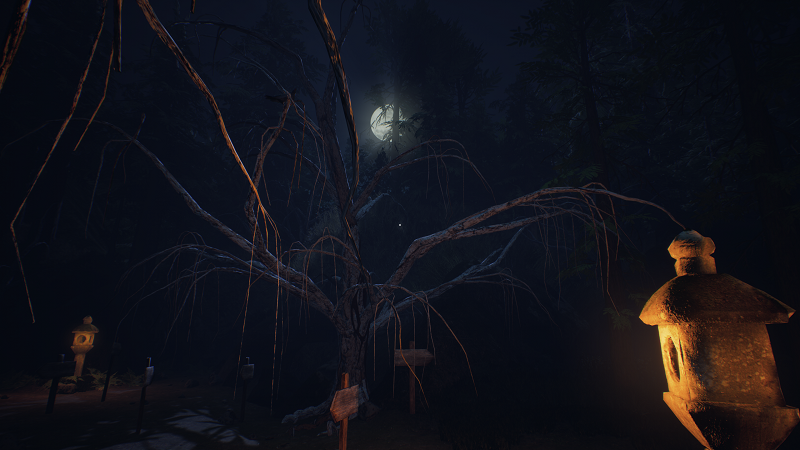 Overall, Ikai doesn’t provide much we haven’t seen in the first-person horror genre and falls flat at many things it tries to do, on top of having a lot of severe performance issues across the board. While many hardcore horror fans and lovers of feudal Japan aesthetics might have a good time for its short running time, it’s not easy to recommend this to anyone, especially at $35 for physical version. This might be one to wait for a sale or until all the issues are ironed out before delving in.

A review copy was provided by the publisher for PC and Xbox platforms.