Review: Higurashi When They Cry - Chapter 2: Watanagashi - Rely on Horror 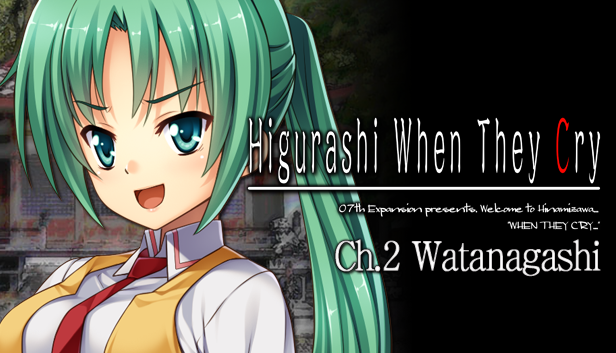 This is a difficult review for me to handle and not for reasons I have encountered before. While usually a difficult review stems from the game either falling far outside of my comfort zone or being nestled too deep inside of it, in this case it’s because I am one of the most biased people out there when it comes to this series, yet I still didn’t like this entry in 07th Expansion’s acclaimed visual novel series very much. Allow me to elaborate.

When it was announced this year that Sentai Filmworks would be re-releasing the neglected Higurashi anime series, I became uncontrollably joyful, sharing my excitement with all who would humor me. Earlier this same year, I reviewed the first chapter of the visual novel series, Onikakushi, and despite some technical flaws I found it to be a great story.

What makes me dislike this second chapter, Watanagashi, can be neatly summarized in a single word: “pacing”.

Right off the bat, it helps to know that Higurashi operates on a sort of time loop mechanism, so this is not a continuation of the horrific events that unfolded in the previous chapter, but rather a reset. The curious village of Hinamizawa is once again at peace (for now) and we return to the daily life of protagonist Keiichi Maebara and his female classmates. 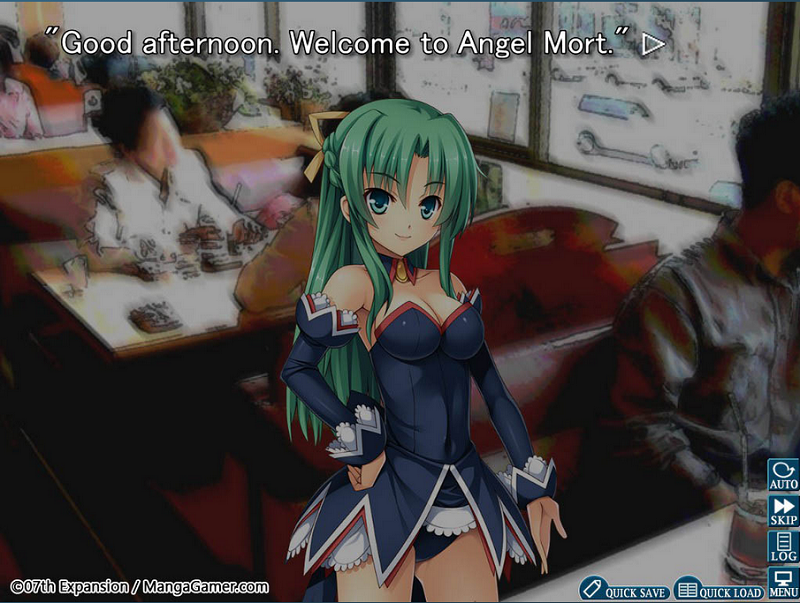 What may be jarring to some readers that were particularly fond of the paranoia-filled horror parts of Onikakushi is that, since the loop has reset, we once again start off with a comedy-filled slice-of-life setup. Keiichi, Rena, Mion, Rika, and Satoko enter into a games tournament and even after that we have hours upon hours of games, banter, festivals, and hijinks to work through.

While I personally quite enjoy these parts of Higurashi, Watanagashi really does go overboard with it and I found myself wondering how they intend to keep this side of the story alive in future chapters if they jam so many activities in just one chapter. The horror part doesn’t come in until about six or seven hours, which is simply too much and I would have dropped it myself if it wasn’t intended for a review.

To its credit, they do spend the time on something useful and which I find is one of the better storylines of the series. We are introduced to Shion Sonozaki, the supposed twin sister of the green-haired tomboy Mion Sonozaki, who we met in the previous chapter. While Mion is boyish and highly competitive, Shion is more refined and girly, which leaves the cast questioning whether they really are two different persons or if Shion is an alter ego Mion uses to act out. 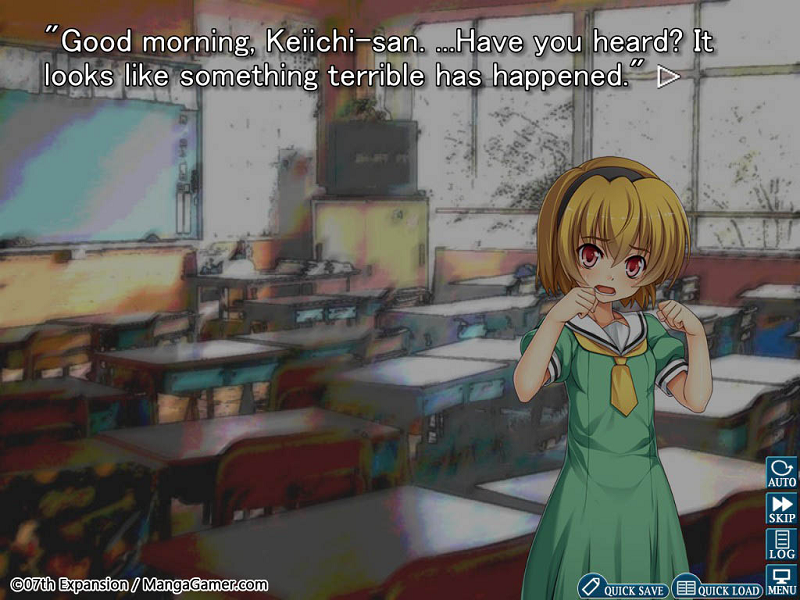 This little mystery drives the entire slice-of-life part of the story and leads to some great scenes, including some of the series’ first emotional ones. Of course, I won’t delve into spoilers, but I will say the visual novel tackles these the best of all the different mediums Higurashi has been told in. Her role also stretches into the horror side of the story, which feels distinctly different from how Onikakushi handled it. Rather than focus on Keiichi descending into paranoia, it instead focuses more on him falling into a deep grief as tragedy strikes Hinamizawa all around.

Besides Mion, Shion, and Keiichi, the rest of the cast also gets quite a lot of scenes, whereas Onikakushi purposefully focussed more on just Rena. I find this to be another positive change; it made sense to keep the first chapter more focused so that readers don’t get confused, but now that we are familiar with the basics it’s time to develop the characters more. Particularly Rika gets a lot of entertaining scenes and we get some intriguing background info on her that leaves you questioning just how innocent the little shrine maiden really is.

Even so, the novel continued to try my patience with its redundant writing style and lackluster art. While some minor improvements were made to make the story more lively, such as extra sound-effects and art, the continued use of the shoddy backgrounds leaves the reader with little visuals to enjoy in this visual novel. As mentioned in my review of Onikakushi, Manga Gamer opted to recycle the original backgrounds, which were real-life photographs of settings that somewhat resemble the story. The horrible filter used to make these look fuzzy and the fact you often see actual people in them or stuff that conflicts with the early-80’s setting makes these backgrounds downright immersion-breaking. 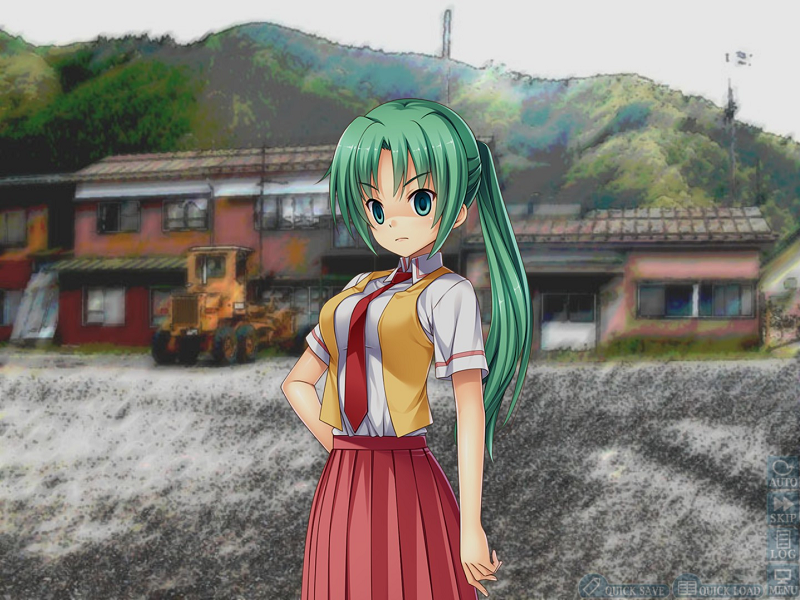 A fix exists to replace these with the backgrounds of the Playstation version of the game, which was made by a different developer. These significantly improve the experience of reading through the lengthy story and I wholeheartedly recommend anybody to install them once they are complete.

Sadly, the conclusion left a lot to be desired as well, whereas in the previous chapter I actually really enjoyed the ending. What would have been a great, climactic showdown was hampered by an overlong side-story that was only tangibly related to the current events. Meanwhile, the song that played all throughout this was absurdly loud and sounded like it was coming from a broken sound device, even though the rest of the soundtrack is perfectly fine.

In short, I did not have that great a time with Watanagashi. While I am generally a patient reader, I felt a lot of the content was just padding with a comedic touch, used to prolong the fact that the novel would inevitably descend back into juicy, psychological horror. While the writing and translation are pretty strong in terms of quality, barring some typos, there can be too much a good thing. If Tatarigoroshi, the third chapter in the overall story, were to cut it down to about 6 hours that would be ideal.