Review: DreadOut Keepers of the Dark - Rely on Horror

Review: DreadOut Keepers of the Dark 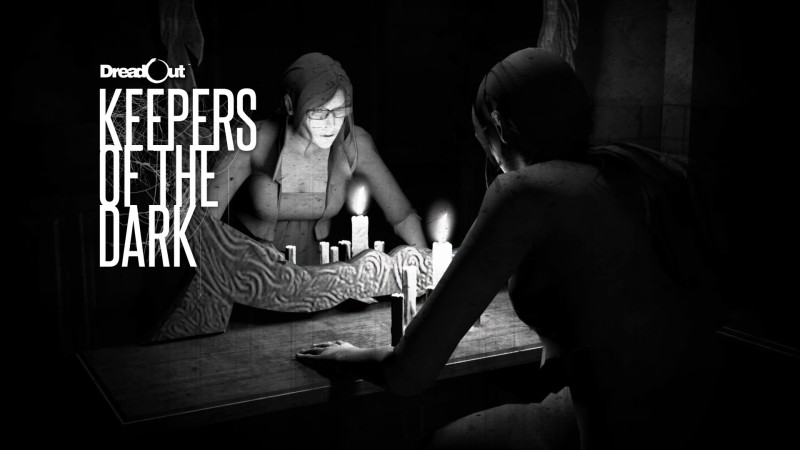 Let’s get this out of the way early: DreadOut is a game with a great concept, and an obviously talented team. Caveat emptor, though. The team was stretched entirely too thin in development, and the latest edition of DreadOut feels as rushed to production as its two prior chapters.

Keepers of the Dark fits oddly in the DreadOut mythos and timeline. You’re introduced to the game in Limbo, seemingly running past a ghostly rendition of the opening scene from Act 1, with your friends stranded on a bridge. According to the Steam page, you are in the mirror realm after fighting the Lady in Red. Had they not said this, it would not be my first guess. You run out of Limbo to find yourself in a grand hallway, with many doors to other areas in the abandoned town from the main game. The hallway seems to be more in line with the manor from Act 2, and the areas you visit are are pulled from all three prior acts. Each room is haunted by several apparitions and a Keeper whose one job is to prevent you from reaching the final boss of the game. If you play well, they fail to prevent this, and you ostensibly save the world from the dark force within the ramshackle buildings of the town. Each room also hides collectibles and clues needed for other rooms, so you get to travel to each area two or three times before completing the game. 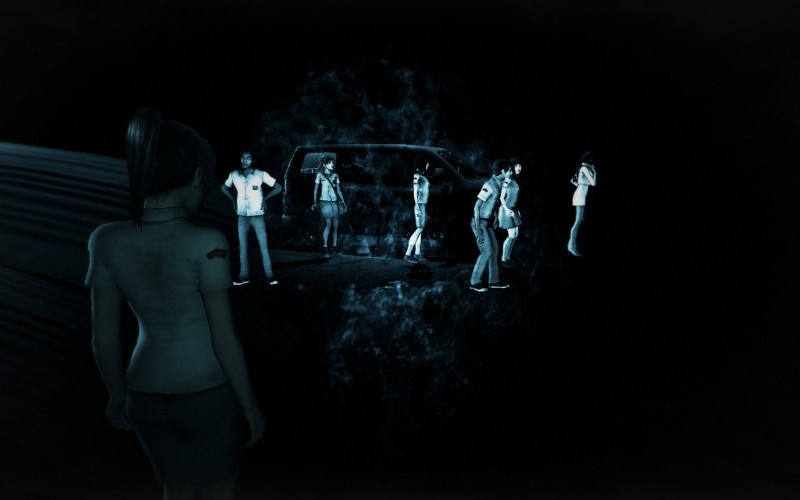 Keepers of the Dark brings players a fresh batch of obscure Indonesian myths in its Keepers, each with a horrifying backstory and their own weaknesses in battle. The battles are well-planned, and the Keepers use unique attacks that make the boss battles fun. The other apparitions in each area are mostly recycled from the main game, with new stories individual to the particular apparition in that fight. Where the main game would give you a general story behind the type of ghost, Keepers of the Dark thoroughly enjoys giving each appearance its own heartbreaking story that explains why the spirit in question could not move on. The Keepers are as interestingly fleshed-out, though some seem to be odd choices for a team of vengeful spirits handpicked to help evil. I suppose we all want to think that you can’t base a movement towards evil on the simple insecurities of youth, but anything is possible.

Keepers of the Dark is wonderful when the team is sticking to what they do best, and that is boss fights. Having a non-linear setup with many boss fights is actually the best structure Digital Happiness has worked with thus far, eliminating some of the more frustrating and confusing parts of the main storyline. Instead of being pushed through the story with cutscenes and relying on information you won’t have until a later encounter, Keepers of the Dark lets you move at your own pace, giving each room a mix of their own objectives that function independently of progress in other areas and those that behave interdependently to encourage revisiting areas. Most rooms contain two serious battles, and several of the type of fight this team just doesn’t produce well. Small ghost battles in DreadOut are the most dreadful part of the game. The annoying glitches from the earlier chapters are definitely present in Keepers of the Dark: Ghosts get stuck in walls they should be able to pass through, become invincible and invisible on the final hit, or disappear only to reappear when you return to the room. The boss fights tend to give you more space to work with, avoiding the tricky issues that free movement lends to their lesser counterparts. 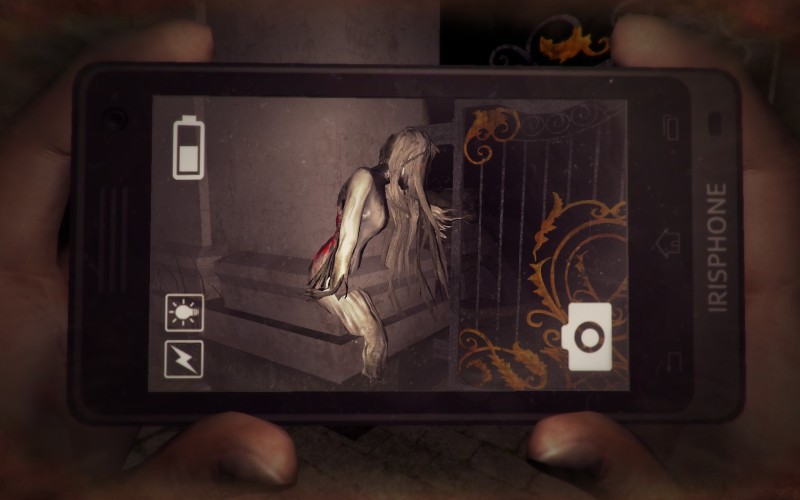 For whatever reason, Keepers of the Dark wouldn’t play nice with my desktop and had to be completed on my laptop. This was less than thrilling, given the nature of hunting camouflaged ghosts in the dark. Most of the glitches resolved when I moved to the laptop, but the monotony and complete lack of fun in tightly-spaced battles with minor ghosts seems to be a permanent feature. I did not experience any framerate issues with the game despite the great graphic detail, though the draw distance is lackluster. You notice this more when you go pixel hunting for a Keeper you can’t approach. Your camera zooms further than the game draws out, so you wind up zoomed into some chunky, pixelated areas at times. The usual death blow for games that have you jump in and out of different areas is the time spent loading each space. Keepers of the Dark handles this beautifully, with short load times and perfect rendering as soon as the graphics are displayed. The game doesn’t do as well with camera commands; I often found myself telling Linda to put up her camera for a picture, only to have multiple button pushes go unnoticed or lag so that I was injured before the camera would be up, or trying to push the button again and having the Linda pick it up and immediately put it back down. 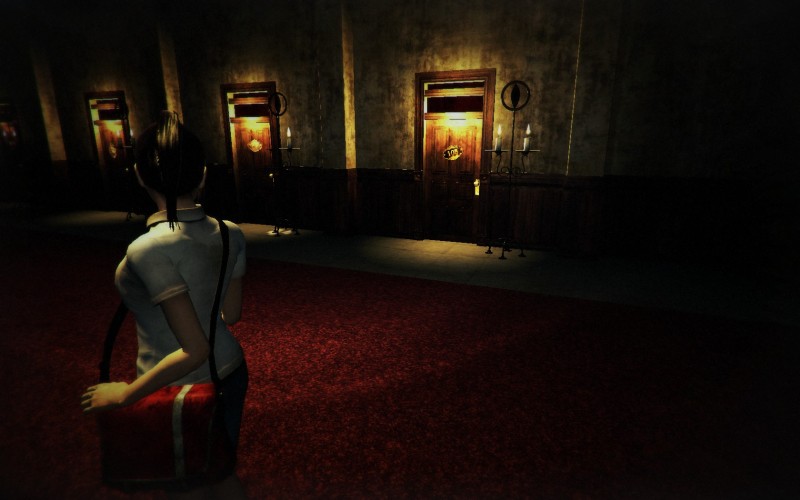 Though the expansion promised new areas for the game, the vast majority of the rooms recycle areas used in the main story. This works very much to the game’s advantage, as completing each area and banishing its Keepers gives players answers to the many questions left after Act 2. Tiny pieces of the puzzle knit together along the way, leading up to the main battle. It feels great to finally fight the monster you’ve been chasing since Act 1, but you leave Keepers of the Dark with lingering questions about what, exactly, Linda is supposed to be accomplishing as she moves on from the town. There are people within the fanbase who suggest that most of the questions that survive Keepers of the Dark can be answered by reading the tie-in manga. I can’t speak to the accuracy of this, as I am 110% done with this game.

Players will explore two new areas off the main hallway, both featuring cramped corridors and recycling of the ghosts least favorable to fighting in cramped corridors, now with improved movement speed. The new areas are short compared to the ones used from the earlier acts, understandable for a game produced by a small indie team. They are fully realized, though, with the same attention to graphical detail and sound as their older counterparts. The final boss battle is in an impossibly cramped new area, with ceilings that seem shorter than every single entity inside the realm, excepting maybe the rats. There is an ungodly amount of detrius hanging from the ceiling, meant to make it harder to see the boss you’re fighting. This works, but with the ridiculously specific distance you have to hit her from to register damage, it really wasn’t necessary to add more stimuli to the area. It doesn’t serve to enhance the fight or the area at all, and is one of the more questionable design decisions in the game. On more than one occasion, I asked why so much detail was put into some things that didn’t enhance the game, instead of putting that effort and time towards a bit more polish on the things that would make the game more fun. 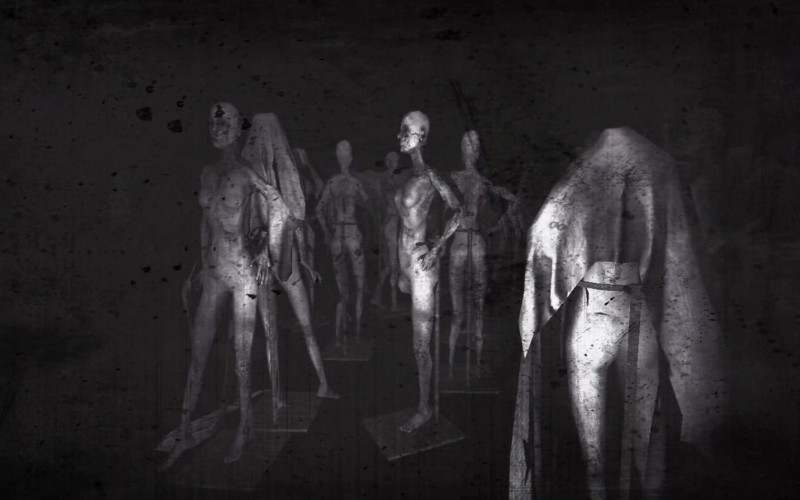 Keepers of the Dark had more potential than most games ever will. From its relatively obscure Indonesian ghost origin stories, to the different types of cameras and engaging boss battles, it was a game that could only go wrong in a couple of ways. The developers found those ways. The graphics are great, the atmosphere is fantastic, the ghosts are interesting and their backstories are truly horrifying. The majority of the fights, though, are just monotonous, and the story never really feels like it has motive. It exists, sure, but we have less than half a clue as to why it exists, or what can actually be done about it. Player’s aren’t given a driving factor beyond the fun of banishing ghosts, so the fights have to be fun… and they just weren’t. If the recycled ghosts had stayed in the main game and Keepers of the Dark had been entirely focused on Keeper battles and puzzles, this would have been a better game. As it stands, the game feels unfinished due to the number of glitches, the reuse of ghosts with shoddy battle mechanics, and the general rough-edges vibe of the game. This is a game that I have been excited to experience since the first pitch, and I really wanted to love it – too much of this game was just not fun for me to do so. 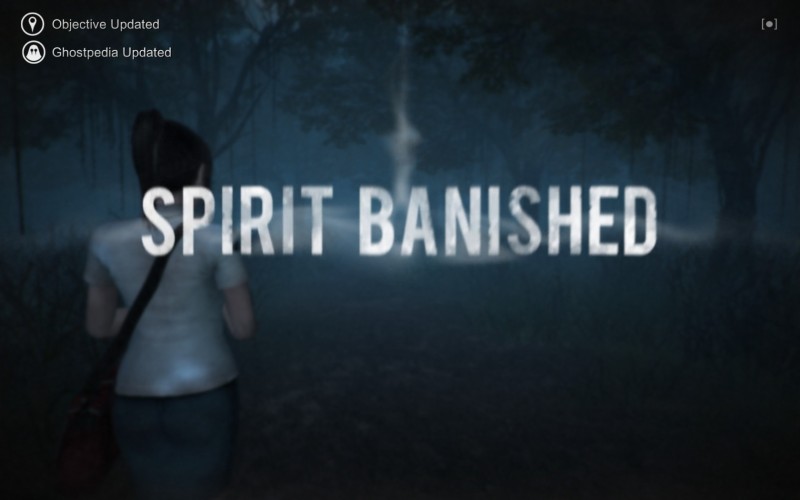 DreadOut is strange, though. It’s a game that doesn’t want to be forgotten or set aside. The stories behind the ghosts are actually intriguing, the setting is pretty, and the minor battles can be cleared somewhat quickly so that you can explore. There is a spark of something in it that still burns, like a relationship you just can’t quit. Playing is less an enjoyment than a strange compulsion you can’t shake, some odd need to complete the game and find out what is going on in this abandoned Indonesian town. Despite its flaws, it’s still endearing to me. I suppose on this one, I will have to roll my eyes and accept that I kind of like it, even if it is annoying. Maybe the point of the entire game is that you become Linda, and the game itself is Ira.