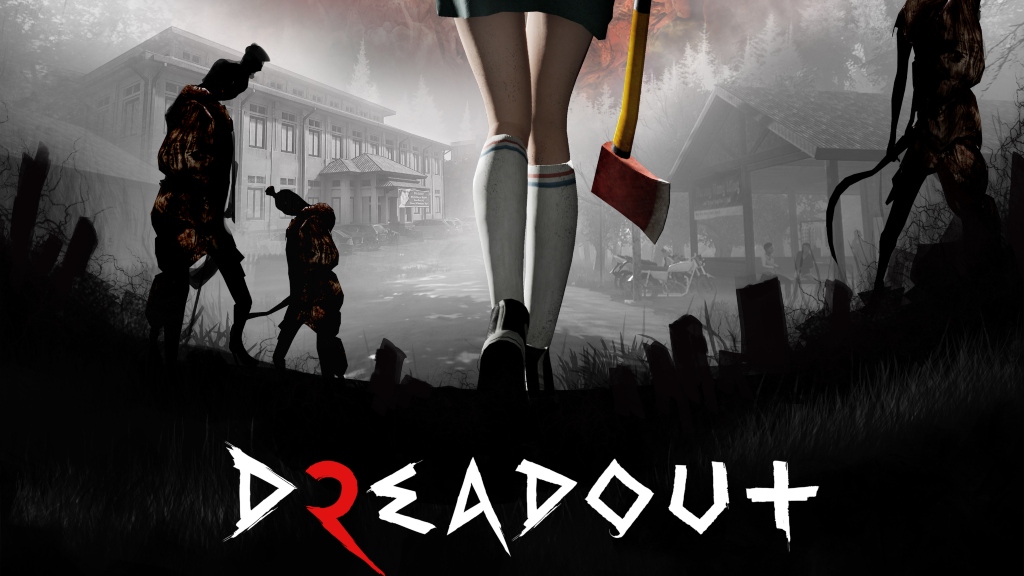 It is rare that I find myself unsure of exactly how to start an article eloquently, but this is one of those moments. Let’s start it off without prelude and sugarcoating, then, and be brutally honest: DreadOut 2 is a goddamn awful game. There are a million things to say about it, but for readers to truly understand, you’ll need to read my review of DreadOut: Keepers of The Dark. I liked that game, though it did take me a year to come back around to replay it. I even wrote an in-depth article on the enemies in the series and their likely origins in local cultures. I have replayed DreadOut several times. I also enjoy Fatal Frame, and so that we capture the sheer amount of stupidity I will tolerate in a game, I am this site’s resident Siren fan. I bought my copy of DreadOut 2 because I wanted to support the developers and completely believed this game would be as exciting as the first. I was wrong.

DreadOut 2 wants to be many things. The only thing it does not appear to try and emulate is DreadOut, which is a shame. Though it drew heavily on Fatal Frame as inspiration, the original DreadOut and its extension, Keepers of the Dark, had enough local lore and a unique enough story to stand out. DreadOut 2 does borrow a few elements from the first game. There is a phone, and you do use it to damage enemies via the camera — but only sometimes. There are areas that feel punitive and repetitive. There are baffling battles. Those things were forgivable in the first game, mostly due to its other interesting aspects. DreadOut 2 stripped off the interesting and novel parts of the first game and replaced them with what can only be called the Console Recycling Bin of Doom. 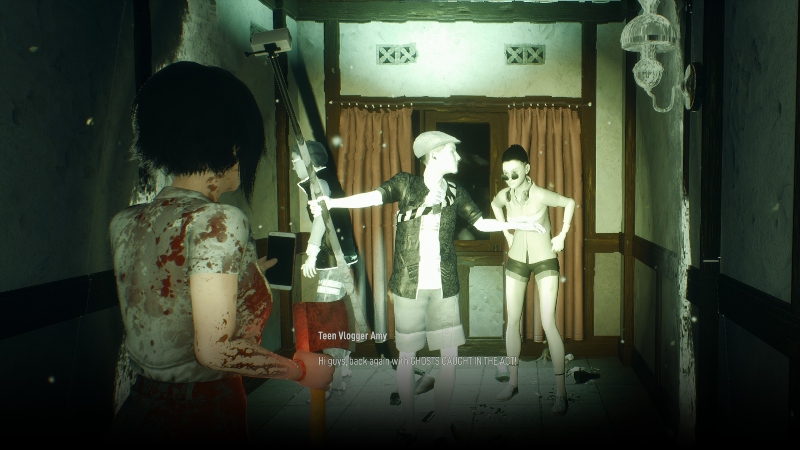 Players who have ever seen even so much as the trailers for most of the Silent Hill games will immediately recognize what DreadOut 2 is trying to do for about three-quarters of the game. There is dense fog. There are shifting worlds with different rules, imposed upon the same settings. There are inane puzzles. The crew is all here, down to bleeding walls and a young woman with a dark doppelganger. DreadOut 2 doesn’t just rip from Silent Hill 3, though, as it borrows the clunky melee combat of Silent Hill Homecoming (minus the ability to aim) and several aesthetic choices that make this feel like a fan tribute to Silent Hill 2. Don’t get excited about my comparisons to Silent Hill, though, as it is merely an overused inspiration and does not enter into even Homecoming‘s level of technical accomplishment.

Not content to merely mimic Silent Hill, the developers also manage to create a boss fight that feels like Outlast and The Evil Within had an incompetent lovechild, and the entire final chapter tries valiantly to be the end sequence of Hellblade: Senua’s Sacrifice. Note the word “tried,” because it failed badly. That comes down to the single worst decision the developers made in this game: combat. 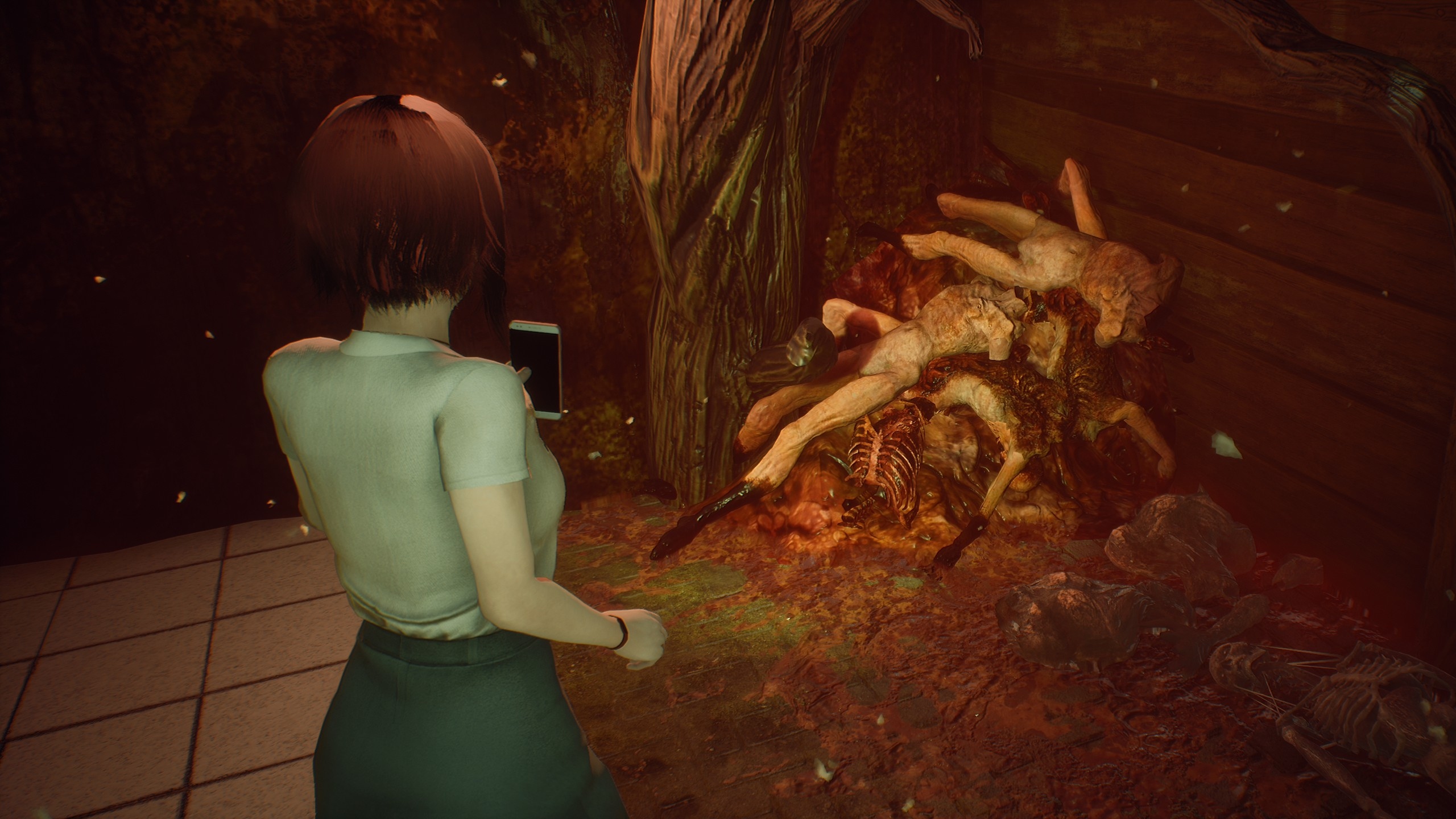 I do not know what group delusion made the developers of DreadOut decide they could develop combat, then playtest a game where they had developed combat, and then actually got on to release that game. Whatever is in their water, they need to stop drinking it and we can take up a donation fund to send them Costco’s unwanted stockpiles of Dasani.

The fact that someone played this and thought “we should release this as-is because it is at least acceptable” is astounding. It is not acceptable. While I may not be a pro, my one tip to any developer who is trying to create a combat system is that you should probably be able to aim. My next tip would be that successful aiming should probably result in a hit. If you cannot aim when you have a weapon, and hits do not count 75% of the time on even the one weapon you can aim, you have probably created a terrible combat system. Do not release that system until you fix those two core problems. Definitely do not make all of your enemies capable of two-hit kills and fail to add a skip-past or difficulty setting while also maintaining such a flawed system. That is an express route to bad reviews.

As with sources of inspiration, the developers were not stingy with technical failures, either. I wish they had been, but alas. First thing’s first, I hope you like coupons because you’re going to be clipping. The enemies will be clipping, too, which sometimes works in your favor in combat, but sometimes means restarting an entire area. When your combat is so bad that even the enemies rage quit, you should probably redevelop it.  They can also clip into doorways, causing them to get hung up and block you from items you need to progress. Sometimes they even fail to spawn, or disappear from gameplay, making cues that need to happen for you to progress disappear along with them. ‘Load Previous Checkpoint’ is right there in the pause menu, so I have to assume they noticed this issue and that was their fix. Why treat your players like paying customers when you can treat them like alpha testers, right? 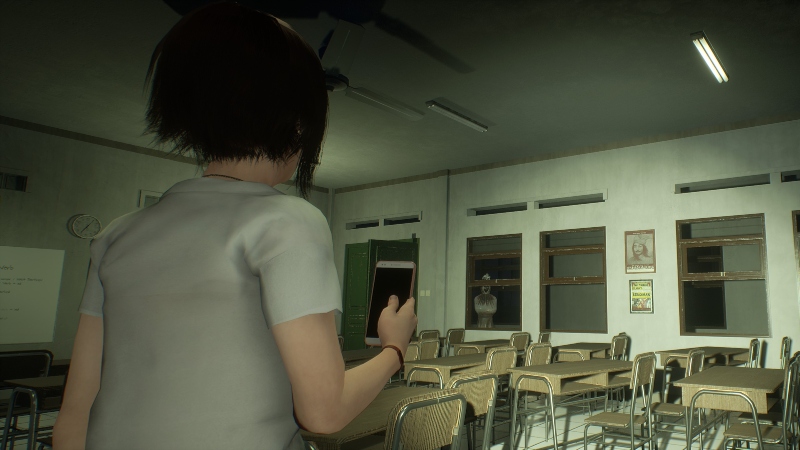 While I would love to at least be able to say that the story in DreadOut 2 was interesting and introduced new enemies, I can’t. The enemies are recycled from the first game and are used to much less effect in DreadOut 2. The first enemy interaction, in fact, has players looking through a window at a Pocong (the spirit of a body whose burial went a bit sideways) who called into work and has instead hung a Xerox copy of himself on the window in hopes they won’t make him use a sick day. The enemy is literally a two-dimensional image set in the middle of a three-dimensional space. Nothing says “we care” better than half-assing the literal first enemy encounter. Great work, everyone; absolutely mindblowing attention to detail. Note that the same enemy is three-dimensional sixty seconds later, so they just did not put the completed model into that part of the game for some indiscernible reason.

This story has the exact same antagonist as the first game, which at least confers some small amount of continuity. The story itself isn’t bad, but it could be summed up in two sentences. The rest of the game is padding, and the majority of that padding has no storyline of its own, no connection to the main storyline, and makes no sense. See? I told you they drew some inspiration from The Evil Within! 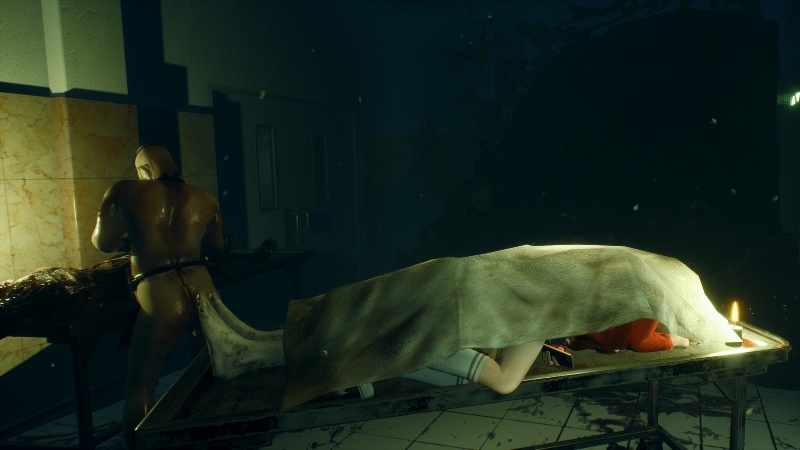 Clocking in at six to eight hours of obnoxious gameplay, I expected DreadOut 2 to have more meat than this. It answered exactly one question from DreadOut and added one question of its own that was answered within the game. It added several others that have not been answered and then went on to have a completely unexplained and incomplete ending. Frankly, the final moment was missing the words “to be continued.” The ending was that blunt and unfinished.

I have played and reviewed a lot of indie games. The good ones have one main tenet in common: the developers knew their limitations. DreadOut 2 tries to be too many things. It tries to be a sandbox, but the sandbox is empty. Entire rooms and areas are completely empty. It tries to have length and depth, but had to split resources between the two, accomplishing neither. It tries to be Dark Souls, but instead of getting good, I just want to get out. Characters don’t look at you or have any animations when they speak. Linda’s speech is sometimes written or spoken but is also often implied, forcing players to use context clues to figure out that she should have said something… but did not. The English translations appear to have been thrown into Google Translate and directly copied into the subtitles, despite voice localization being completely natural American English. Indonesia has phenomenal American English speakers, which makes the lack of a localization employee looking over the written portions of the game even more baffling.

I could go on forever, but this game has taken more of my life than it deserves. I had to go muscle through it again because I forgot to take screenshots. I regret that oversight more than I regret my stock purchases, and the markets just fell faster than they did in the Great Depression. Don’t buy this game. No matter how long social distancing goes on, or how bored you get, there are better options than playing DreadOut 2. 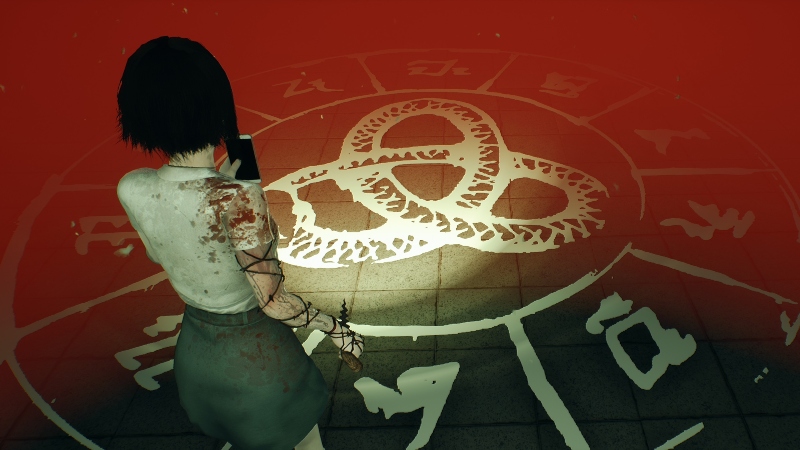 Digital Happiness is promising updates and patches to the game to fix some issues once we all get through Coronavirus, but I would suggest they ditch those plans. Devs, if you’re reading this? Call DreadOut 2 a learning experience, replay DreadOut and Keepers of the Dark, and start planning the next game in the series. Take it back to what made the other entries great, and don’t try to be other popular games. It looks like Konami is bringing back Silent Hill, so you don’t need to fill that void. Don’t attempt to emulate Hellblade or Dark Souls, because combat is not your thing. No one on the face of this great green Earth wants anyone, anywhere to be the next The Evil Within. Be DreadOut. You’re good at that, and it was an enticing series. Everyone makes mistakes, and hot damn did you ever miss the mark with this. It’s not the end of the world, but let’s not make this same mistake again. Keep “The Story Before” in the next entry, though, because no one outside of reviewers and streamers who stand to make money from it is going to complete this.

As a final note, when I did go back and grab screenshots, I set up a controller. While this makes moving around the world more functional, it does nothing for the lopsided combat. You will need to have a mouse and keyboard at the ready if you follow in my footsteps, as most of the puzzles are bugged and will not complete on a controller. Color me surprised. At the end of the day, it’s your money to spend, but I would suggest spending it on Keepers of the Dark, or any number of other indie horror games with better ratings.