Back in 2010, whispers of a $20 survival horror game being released were heard. Not much was known about this game, other than that it was being sold, brand new, for the ridiculously low budget price of $20; that it had been in development for quite some time; that it had to be restructured heavily to remove a few too many Twin Peaks similarities; and finally, that it looked like a last generation title. This game was Deadly Premonition, the game that would soon after release become one of–if not the biggest–cult titles this generation. Critics, myself included, stated that this game was “so bad that it’s good.” Underneath a thick layer of dated visuals, bad controls, and lack of polish, was a brilliantly awkward, yet compelling narrative that wouldn’t let go once it hooked you. With heavy and blatant homages to Twin Peaks, and Silent Hill-like horror aesthetics, Deadly Premonition was a surprise masterpiece.

As cult appreciation of Deadly Premonition spread, the game became a financial hit. Now, several years later, Access Games has banked on the game’s cult status to re-release it on the PlayStation 3, a platform that it originally did not release for outside of Japan. Labeled as a “Director’s Cut,” that director being the loveable and now famous Hidetaka Suehiro (AKA Swery 65), Deadly Premonition: Director’s Cut aims to reach a new audience and give existing fans new content to drool over. While it delivers on both of those aspects, the response to the latter left much to be desired. 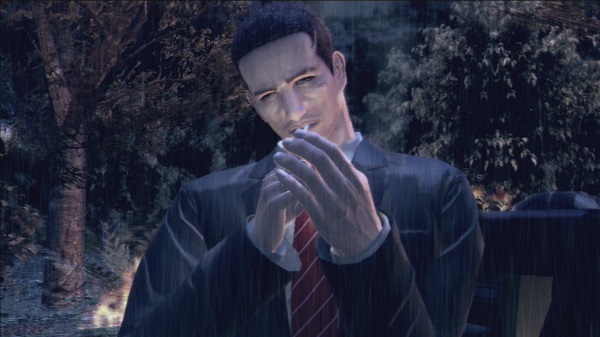 If you haven’t played the original game and are jumping into Deadly Premonition for the first time, let me give you a recap. When a homicide occurs in the small town of Greenvale, FBI Special Agent Francis York Morgan gets put on the job. York (let’s just call him that, since everyone else does) is an awkward, blunt, and even perhaps mentally unstable FBI agent. His interactions with other characters can be both cringe-worthy and comedic. York is a refined man that is not too conversed in the art of being sociable with anyone other than his invisible friend and partner, Zach. Zach cannot be seen.  He’s nowhere.  Just a presence in York’s mind. As characters around York become incredibly confused with him, his imaginary friend, and his neurotic means of investigating the murder in their town. One begins to love York’s eccentricities, and his actions, which constantly produce memorable lines of dialogue and compelling scenarios.

Deadly Premonition can be described as Twin Peaks meets Silent Hill, with a dash of Shenmue. The town of Greenvale acts as a vast, open world for York to roam around in. It’s filled with citizens that follow their own daily routine a la Shenmue, and they can be followed and observed. You can even follow them home and watch them through their windows— probably not too far off from the real FBI, I bet.

Because of these schedules, storyline missions often have a time frame in the day in which they can be started. Missing a time frame simply means waiting until the next in-game day to try again. This gives the player time to dabble in the game’s many sidequests, which mostly revolve around the citizens and getting to know them better. The main storyline can alone take more than ten hours to complete, so with sidequests, Deadly Premonition ends up being a pretty long game. 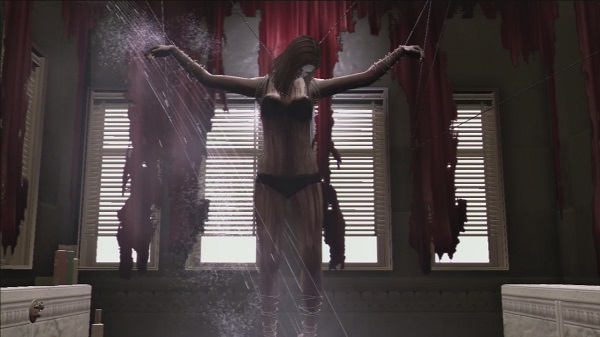 The original Deadly Premonition can be a bit difficult to play. The controls are that of an over the shoulder perspective, much like Resident Evil 4, but much less comfortable and precise. For the Director’s Cut, the team has revised the way players will control York. Instead of moving like a tank, York can now turn a full 360 degrees on the left analogue stick. Strafing and stilted turning are no more. Out of all of the improvements in the game, I’d say this is the most important. It allows newcomers to adapt to the game much faster than if they tried with the original release, and it keeps things comfortable for extended play. Combat benefits because of the increased mobility, but also a revamped difficulty setting that makes enemies much easier to kill. The difficulty change may annoy existing fans, but the adjustment actually lets players focus on story progression and not frustrating encounters. One foreseeable drawback to an easier game is the satisfaction from unlockable and unlimited-ammo weapons. Some new difficulty options would have been appreciated.

Included in this release is support for the Move controller and Sixaxis play. I could not test the Move controller due to the fact that I don’t have one, but I did toy around with the Sixaxis features. Within the options menus, Sixaxis controls for driving, evading, and fishing can be turned on. While this worked fine when escaping the grasp on an enemy, it made the fishing mini-game a bit more difficult. For driving, don’t even bother; it’s far too unresponsive.

The second improvement to the game would be the graphics. Many textures have been replaced with higher resolution versions, and the game’s various color filters have been removed to allow for clearer visuals. Either due to the color filter or improved aliasing, the game is much cleaner and easier on the eyes. While I do miss some of the color tinted areas from the original release, the added clarity is very nice. I found myself having less trouble navigating environments now that they appear less muddy. The game’s field of view has also been improved, allowing more of York and the environment to be seen. This, in tandem with the improved controls makes a much more comfortable gameplay experience. 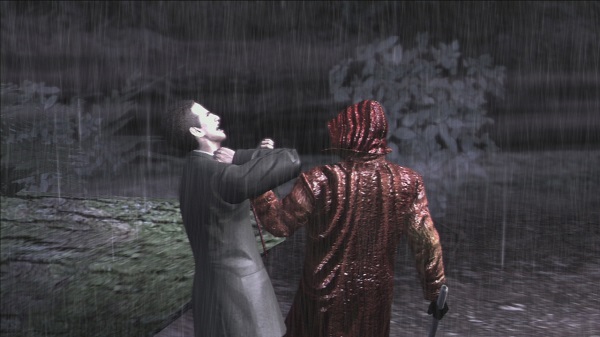 Sprinkled throughout the game are new cutscenes. A new epilogue and prologue, which are connected to these new cutscenes, have been added as well. The inclusion of these new scenes do not provide a whole lot of new information, but  they do excite the diehard fans, especially the epilogue. These scenes are among the big returning factors for existing fans of the Deadly Premonition. Sadly, unless you really love the game, there’s not much new content in this release aside from these cutscenes. Promises of DLC do not count, as they’re not part of the “Director’s Cut” package, rather, something to be added on at a later date. I feel that there was a lost opportunity here to add new sidequests.

Unfortunately, among the game’s improvements come new issues that may deter some people; while the unpolished nature and bugs of the original may have been smoothed out a bit, this release contains a bothersome framerate that sullies the experience. Deadly Premonition: Director’s Cut plays better but the same can’t be said for its framerate performance. The game suffers from a small but consistent problem, resulting in constant fluctuation of 30 frames or less. Fast movement when driving, turning, and running can create disorientation for the player. Attempting to play the game in 3D causes the framerate to get even worse. There are also some sound issues, such as rare echoing in dialogue, or skipping music in the main menu, but these issues are not a big problem for me, and probably won’t be much of a problem for others either. 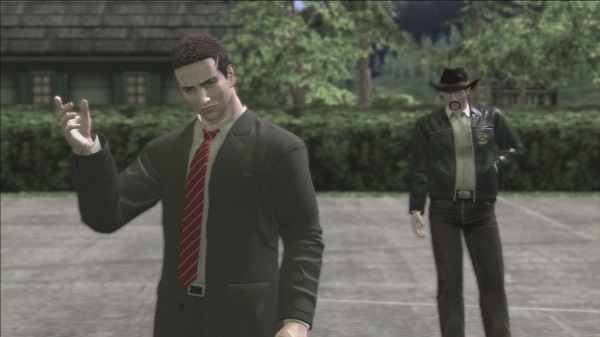 All in all, this is still an amazing game. All of the aspects that I fell in love with in the original game still affect me like they did my first time through. A great story, fun characters, an odd mix of different gameplay elements and genres, and too much awkward charm is still ever present. Deadly Premonition: Director’s Cut is just shy of being the definitive version of Deadly Premonition. I gave the original game a 9/10 despite its technical faults, and while the main reasoning still remains, there’s little justification for a re-release such as this to have any technical problems, especially with the framerate issues. As a fan, I hope to see these issues resolved with a patch, but as of now, the game ever so slightly disappoints.  Still, for newcomers and existing fans alike, Deadly Premonition: Director’s Cut is twisted genius that should be played.

Despite selling for twice the price of the original release, Deadly Premonition: Director’s Cut is an experience worth every penny. It may take some convincing to get newcomers to try it out, but with its improvements, it’ll certainly be more accessible to more gamers. You’ll be doing yourself a disservice not trying this game.