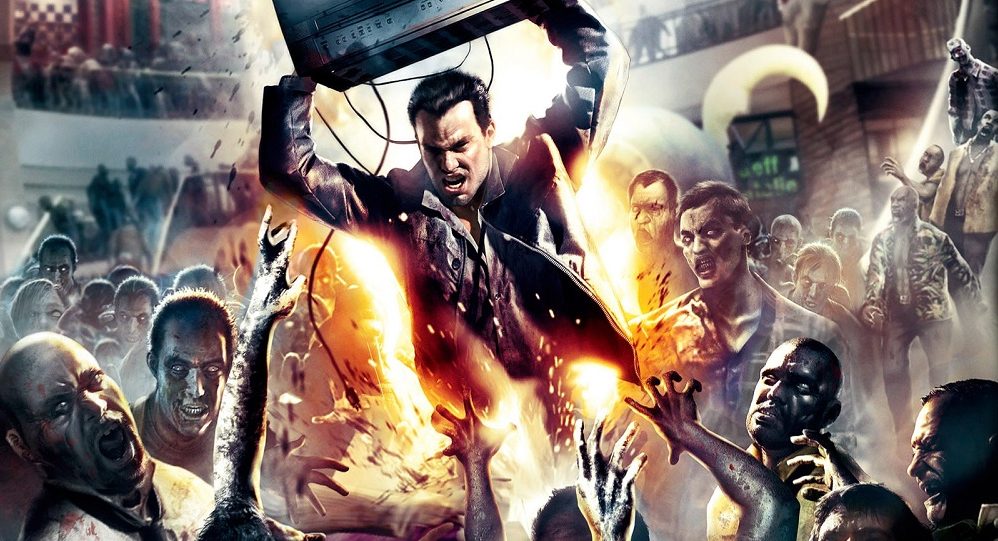 The original Dead Rising may not be an especially old game, but it’s one that gives me feelings of nostalgia. Keiji Inafune’s original entry in the series was an homage to Dawn of the Dead, one of the most pivotal pieces of media in the zombie genre. The premise was simple: survivors reside in a mall during a zombie outbreak using whatever they can to survive. It was funny, challenging, sometimes scary, and extremely satisfying to play. Ten years and several sequels later, Dead Rising drops its Xbox 360 exclusivity (we don’t talk about the dreadful Wii “port”). Will I pick up where I last left off, enraptured by the game’s absurdity and addictive gameplay? Has it aged well? Let’s find out. 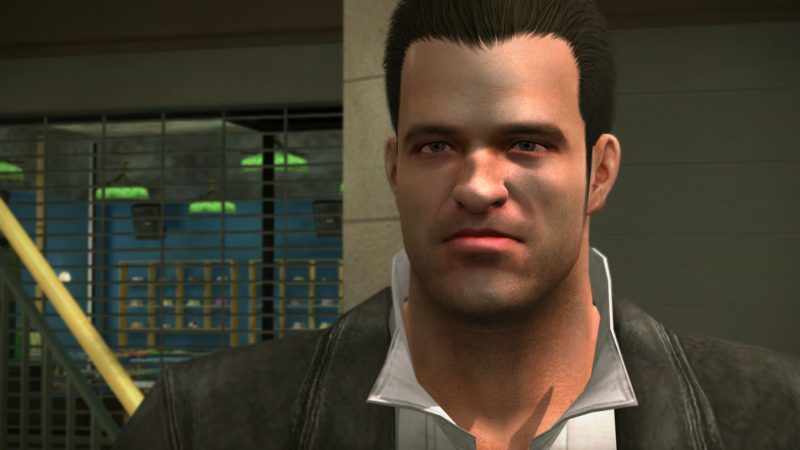 If you’ve missed out on the original Dead Rising, now is the absolute best time to jump in. The original game is available for the first time on other platforms, including PC via Steam. For this review, I played the PC version. I must admit, I wasn’t expecting such a quality port of an early gen Xbox 360 game, but Capcom once again delivers in this department. Dead Rising performs exceptionally and includes an assortment of appreciable graphical settings – Anti-aliasing, Shadow Quality, Texture Filtering, Motion Blur, Framerate unlock and Refresh Rate. This may not be a lot, but it sufficiently makes this ten-year-old console game stand up fairly well graphically.

The general gist of the Dead Rising story is that you play as Frank West, a crass journalist with an ego as big as his DSLR. He begins this journey chasing a big scoop in the town of Willamette, Colorado. Frank drops down at the town’s mall to investigate, and that’s where he learns of the zombie outbreak that has consumed the small city of 53,594 people (I mention that number because you can kill every single one of them for an achievement). While the game’s story is played straight, it’s wonderfully B-horror and filled with goofiness. The player’s ability to dress Frank in funny clothing found around the mall, such a children’s clothes or speedos makes the game even cheesier. 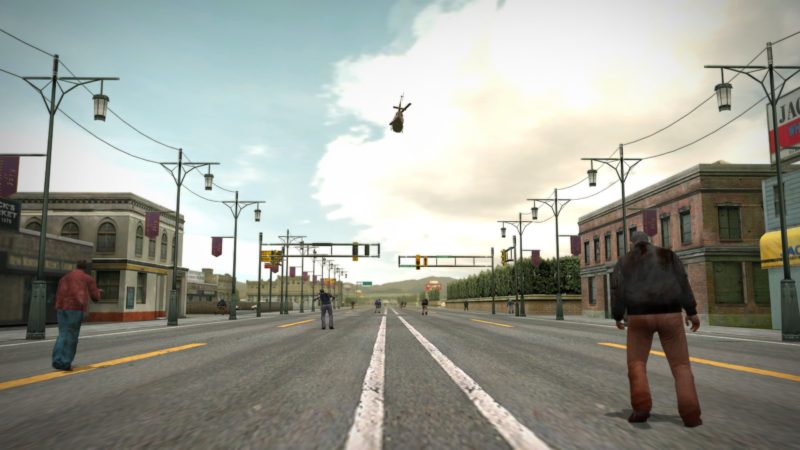 A bunch of textures have been updated for this release – from posters, magazines to environmental surfaces. It’s not a complete overhaul, but it’s a welcome improvement. The increase in resolution also greatly benefits the game, which was notoriously difficult to enjoy on standard definition screens due to its text size. At the time of release, HD televisions were still breaking into the mainstream, so many, including myself, had to practice our best squinting. The game was a technical marvel when it released, offering hundreds of zombies on screen with nary the performance hit. Even today the zombie hordes are impressive despite successor Dead Rising games increasing the amount. No wonder younger me fell in love with this game.

There have been numerous reports about the quality of the other Dead Rising re-releases on consoles, so I think I should reiterate that this review is based on my experience with just the first game on PC. Jorge is not able to launch his copy of DR2 on PS4 at all and Rourke and I are having major FPS issues with DR2: OTR, also on PS4. As far as I’m aware, Dead Rising is the most polished port in the Dead Rising collection, but take note that user experience may vary.

And now that I’ve said all I can about the quality of the port itself, I’m going to analyze the game after revisiting it ten years later. 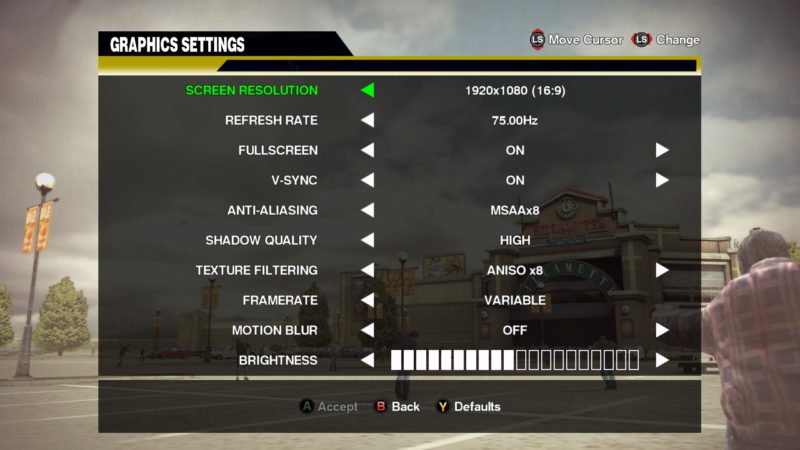 Not enough people give Dead Rising enough credit for being a legitimate survival game. When I first played it in 2006, I recall almost giving up on it due to being too underpowered to keep up with the demands of the main story missions. I knew a few people that did. It wasn’t until I realized that if I did some grinding and restarted with my stats intact, I could accomplish goals. I didn’t have to follow the story, in fact, it was better if I ignored it for a few hours and restarted. Now, I may have gone too far by grinding in the underground tunnels for several hours straight until I reached level 50 (and unlock the Zombie Genocider Achievement), but hey, I had a lot of free time back then.

Unlike its predecessors, Dead Rising is not a power fantasy; Frank West is highly susceptible to damage and he’s only as good as what items he can carry. While his arsenal may at times be goofy, everyday items become weapons out of necessity. Largely being limited to makeshift weapons evoke feelings of desperation time and time again as hordes overwhelm you. Out of bullets? One life bar left? Quick, shove that clothes hanger into that zombies’ mouth to stall it! Jump over that counter! Run! The thrill is lost in following entries of the series, with Dead Rising 4 going further into the over-the-top territory by equipping players with weapons like Iron Man-esque power armor. 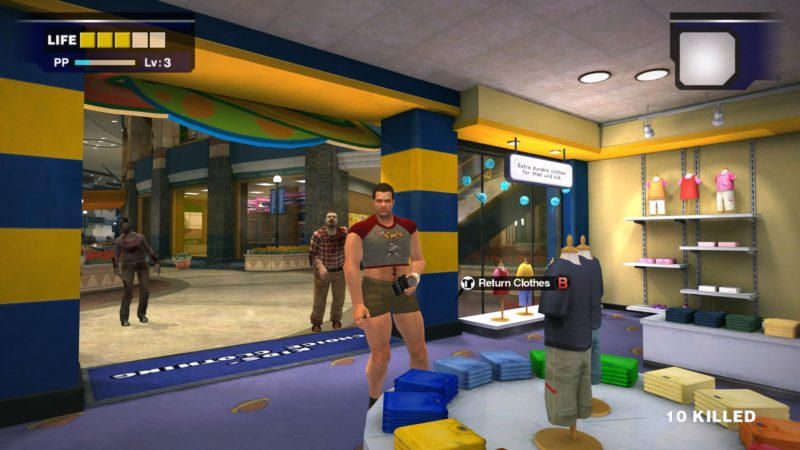 Dead Rising’s mission design is also unapologetically demanding, asking players to meet deadlines set by the in-game clock. Otherwise, missions are failed, and the story ends. Frank has three days in Willamette mall, what he does with his time is up to the player. Fail the story, and you continue to play until time’s up. The timer is daunting at first and is another aspect of the game that can be made easier by restarting with improved stats. By today’s standards, this asks a lot of players. Recent games in the series lessened the grip of deadlines, with it being optional in Dead Rising 3 and now absent in Dead Rising 4’s campaign entirely. Dead Rising can be very unforgiving, but also so rewarding if you can commit to the level it asks of you. Exciting unlockables such as the Mega Man buster gun makes the game highly replayable as well. 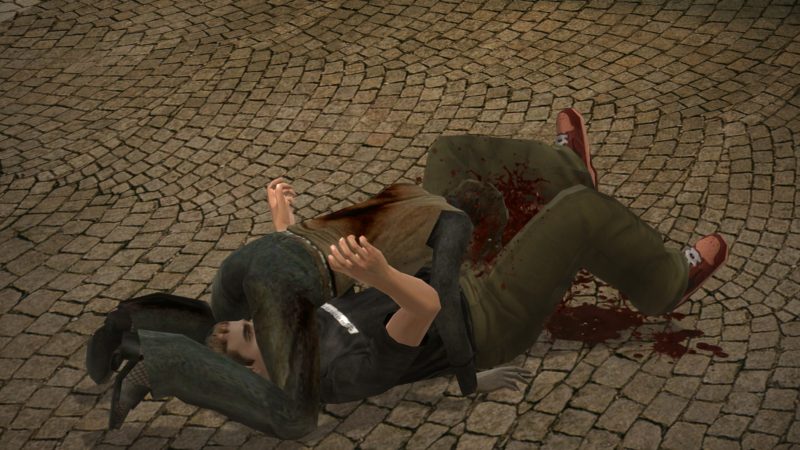 Dead Rising is a modern classic survival game. It’s awesome we can experience it all over again, or for some the first time, on new platforms. Many of its gameplay elements may feel outdated by today’s standards, such as its still-shit survivor AI, but it remains one of the best zombies games ever released. I may be writing this from behind some form of rose tinted glasses, but if you’re on this site reading this review, odds are you’re like me and can appreciate some flawed but fun survival horror.

A review copy of the game was provided by the publisher for Steam (PC). The game is also available on the Xbox One and PlayStation 4.