Review: Dead Inside - Rely on Horror 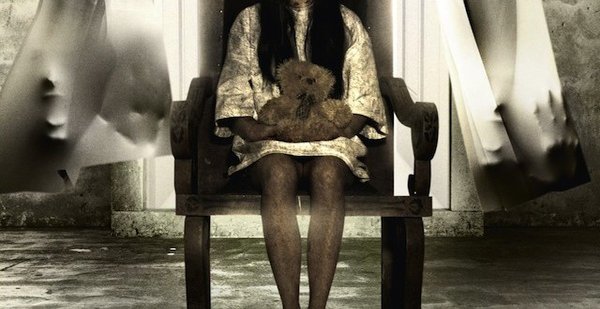 Also known as “The Evil Inside”, Dead Inside is an independent film crafted by a group of young filmmakers hoping to leave a mark in the industry. I was lucky enough to get the chance to view this film and I would like to give my thanks to the lovely Jennifer Zhang. The movie revolves around Sarah (played by newcomer Hannah Ward), a mentally disturbed teen who’s struggling to get her life together. This also marks the first film appearance of Matthew Mercer aka the voice of Leon S. Kennedy in Resident Evil 6. The film is written by Jennifer Zhang and directed by Pearry Teo.

Forced to be alone one night, Sarah is left to spend the night with a childhood friend. The innocent sleepover turns into a small party as  more people show up uninvited. Everything was seemingly going well until Sarah started seeing visions of how her new friends are going to die.

Sarah’s struggles in trying to fit in this group was quite interesting to watch, I felt the connection and emotion from her character. Her visions also provide the much needed creepiness and disturbing factor. The house is very well designed and served its purpose as a haunted house. The sound cues are cleverly used as well.

At this point of the film, the pace felt really slow and nothing special is happening to keep the viewers engaged. It felt like a vain attempt in trying to create character development, however in exception to the main lead actress, none of these characters are believable. As soon as the deaths starts kicking in, everything went insane. Now one of my main complains in the story is that why can’t they get out of the house? It is not a fortress by any means, the problem here is the lack of an ominous presence in the house to believe that the house will prevent these people to get out. the preceding events just didn’t make sense to me and I was just left confused.

Fortunately enough, as we get to the final act of the film, my patience had paid off. Everything that has happened finally came together and everything made perfect sense. There is something very special here that you rarely find in movies nowadays, and the film offers a very satisfying conclusion. It also helped that I knew absolutely nothing about this film that I have kept my expectations really low.

Dead Inside is a slow-burn film that plays tricks in your mind. There are some tense and creepy moments here but unfortunately, they are not gonna be enough especially for an average viewer. Hannah Ward did a fantastic job as Sarah and her performance is the film’s strongest point. This film is going to test your patience and rewards you in the end for it. Nevertheless, there is something quite unique here and that is greatly appreciated. If given the right tools and budget, I believe that these guys can create something really special.